A new category at the last event, Best Conversions is intended to showcase a different side of the hobby and reward those who prefer to use a sculpting tool rather than a brush. That isn't to say these aren't stunningly painted miniatures but their conversion work sets them apart. There were some excellent entries here and indeed the same number as in the painting competition. Like Best Painted there was also a runaway winner. Let's look at everyone else's efforts first:

Again, apologies for the poor photos but this was due to a combination of bad lighting and Liam using a camera he wasn't used to! I didn't have time to do them myself. If anyone got some better shots please get in touch.

Runners Up
Matt Calow and Graham Sanders both got a vote each for their Astra Militarum armies. Graham's were converted Squats though and Matt's were joined by some Astartes. In fourth place was Daniel Johnson (my second round opponent) with his Khorne Space Wolves (at least they aren't followers of Tzeetch!). 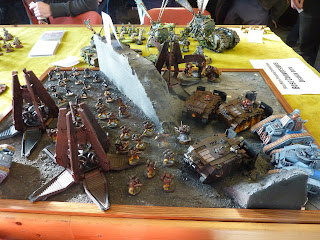 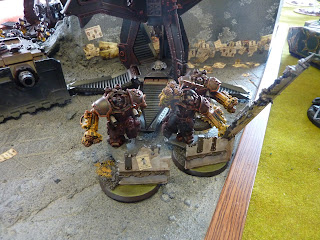 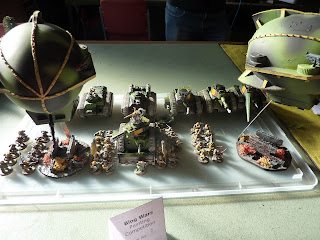 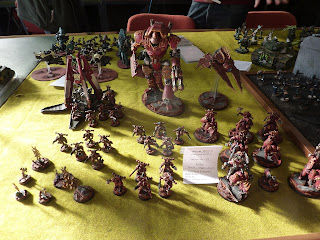 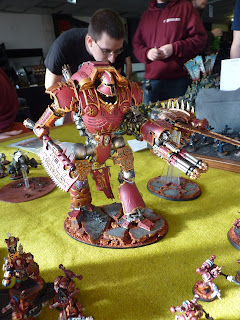 Joint Second Place
Despite receiving some friendly stick for entering them, Luke Fogg's objective markers managed to scoop 7 votes. They're basically Epic miniatures on bases but apparently 7 people loved them so who am I to judge? Here they are anyway: 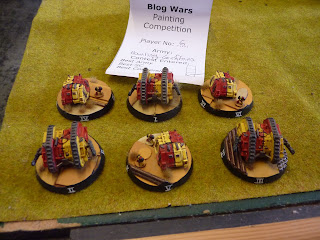 Joint Second Place
Archie Homer's Dark Mechanicum force were my first round opposition meaning I was pretty spoilt to play two Best Conversions entries and a Best Painted entry in my three games. There are some beautiful pieces here and I'm surprised he didn't get more votes to be honest. I love looking at conversions and trying to work out where all the parts came from and Archie's certainly had that appeal. 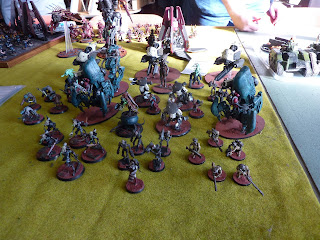 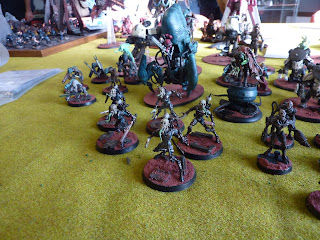 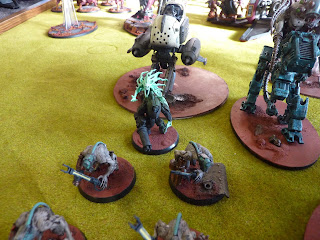 Winner
With over half the votes in the category, Liam Ainscough again took an award at Blog Wars for his stunning Chaos Space Marine force. I'm insanely jealous of Liam's skill with a knife and sculpting tool but grateful for it since I own a set of Grotesques that he crafted on commission for me. Again, I'm just sorry I didn't get time to look at them for myself. I could see them in the distance from behind my desk at least! Had I allowed him to enter more categories I'm sure his Typhus would've been a strong contender in the Character competition (see the next post). It's almost like I'm out to get him! Notice how he managed to get some good pictures of his own army..... 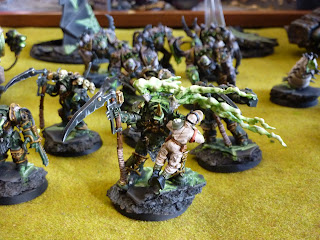 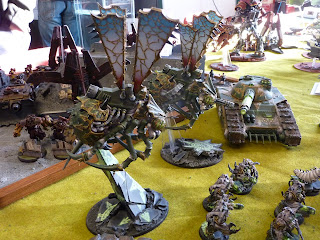 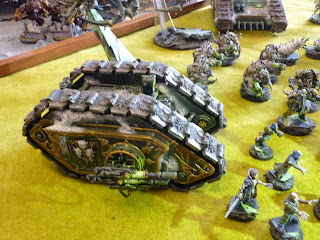 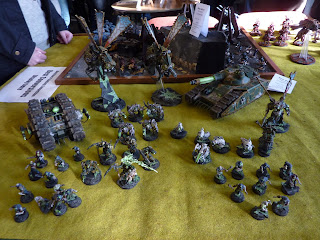 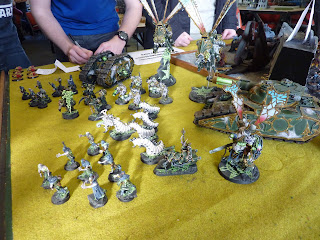 Next up (Saturday evening), it's the Best Painted Hero category and then onto my battle reports.
Posted by From The Fang at 17:00:00