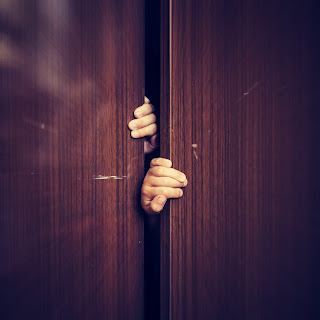 I'd love to hear everyone else's experiences of telling people about the hobby. Perhaps the rest of you haven't been so coy about it?
Posted by From The Fang at 18:42:00 8 comments:

Those who attended Blog Wars X and Double Trouble will know that I'm only running one event this year. There's a chance I'll go back to two next year but to fill the void, Matt is going to be running his first event, Fluffageddon which should hopefully have a similar atmosphere to my events. Here's Matt to tell you a little more and how you can buy tickets:

Hi everyone, Matt here. This is a small post just to let you all know that tickets and rules pack for Fluffageddon are live.
Fluffageddon is a Warhammer 40k tournament that I will be running on Saturday the 12th of November at The Outpost wargaming centre in Sheffield.
In summary Fuffageddon is 3 different games of 40k at 1,500pts in a competitive setting with certain restrictions to army lists and some slight modifications to rules.
The link to the tickets and rules pack is here:
http://the-outpost.co.uk/our-products/tickets/Ticket-Fluffageddon
Tickets are £17.50 each and include lunch.
Please direct any questions to matt_greeners@hotmail.com
Hope to see some of you there in November.

Please give Matt the same support you've given me over the years. I'll be getting my ticket soon and look forward to playing at a similar event to Blog Wars without actually running it! As with Hero For A Day, I'll be posting some army lists and painting progress when I get around to it. I'm thinking my Space Wolves need a bit of love for this one.
Posted by From The Fang at 17:00:00 4 comments: