Before I get stuck into my battle reports I'm going to give a run down of the painting competition. Blog Wars 9 saw the introduction of a Best Conversions category but since all the armies were displayed together I felt that some of them were lost in the sea of miniatures. For BWX then, I decided after some discussion that it would be better for the armies to be displayed according to the category they were entering. That meant each player could only enter one category but hopefully gave more people a chance rather than one person scooping several awards *cough*Liam Ainscough*cough*. Today then, I want to run down the Best Painted Army category. There were only five entries here and when I asked why it was apparently because people had seen the eventual winner's army and thought "sod that!".

Apologies for the poor photos but this was due to a combination of bad lighting and Liam using a camera he wasn't used to! I didn't have time to do them myself. If anyone got some better shots please get in touch.

Runners Up
Despite not actually entering the Best Painted competition (instead entering Best Conversions), Graham Sanders managed to get a single vote for his Squats (AM)! The other runners up with Chris Buckle and Michael Corr (great use of old school cardboard scenery) both with Dark Angels (Chris' joined by SM). 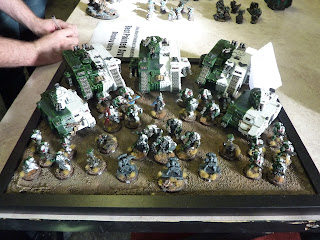 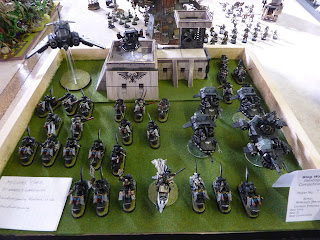 Third Place
David Seago took 3rd with his Space Marines (White Scars) and Imperial Knight. David was one of my opponents too so I got plenty of chance to admire his army as it demolished mine! 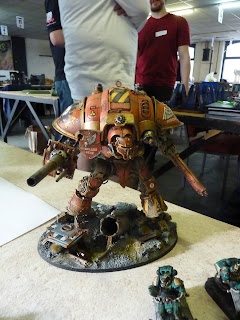 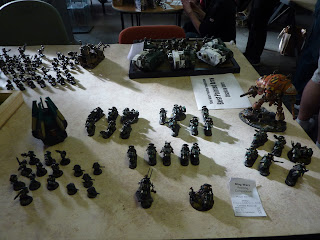 Second Place
Kevin Stonebanks' Orks took a well deserved second place. I'm just sorry I didn't get to see them properly for myself as I was too busy crunching numbers! I'd have loved to take on a Stompa too! 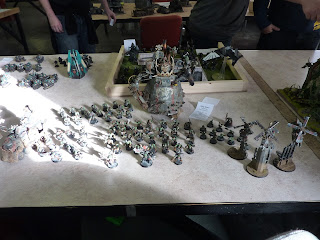 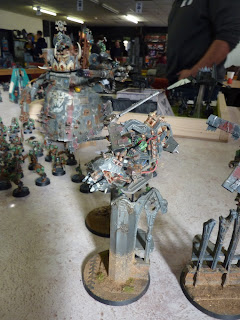 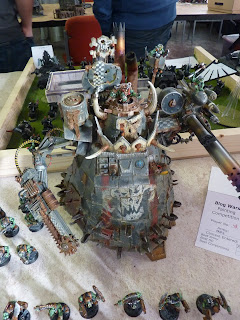 Winner
The winner was Chris Otterburn with his stunning Tyranids. I can see why they put people off entering but it's still a shame there weren't more armies out there. I certainly spied a few that could've been contenders. Anyway, congratulations to Chris not least because I'd be ready to end it all if I'd had to paint all those gribblies! I'm always jealous of anyone with a Tyranid army as I'd love to have my own but I really don't need to add to the pile of unpainted plastic in my cupboard! Chris continues the fine tradition of his mate Dave Weston who's Tyranids have take a pile of awards at previous BW events. 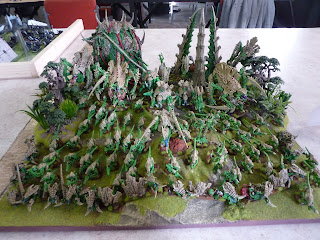 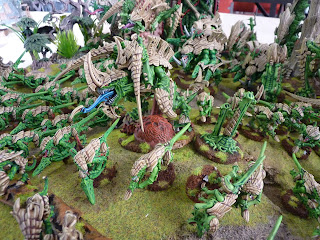 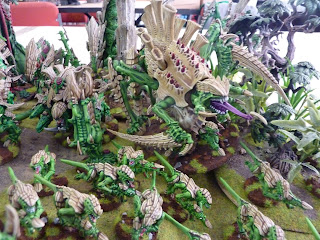 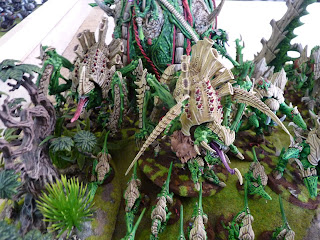 The next post (on Thursday) will run through the Best Conversions competition so come back for that.

EDIT: Check out Matt Calow's Facebook album for much better pics, particularly of his army...
Posted by From The Fang at 17:00:00