As ever we start these unit reviews with a look at the generic HQs. With the Wolves Unleashed detachment allowing up to 6 HQs I'd expect to see plenty of them. I'm aware that my first impressions post was particularly negative on Sunday night so I'm determined to be more positive with these reviews. Don't get me wrong it's a great book but I got a bit caught up in lamenting the loss of some stuff I loved in the old one. Anyway, here goes. 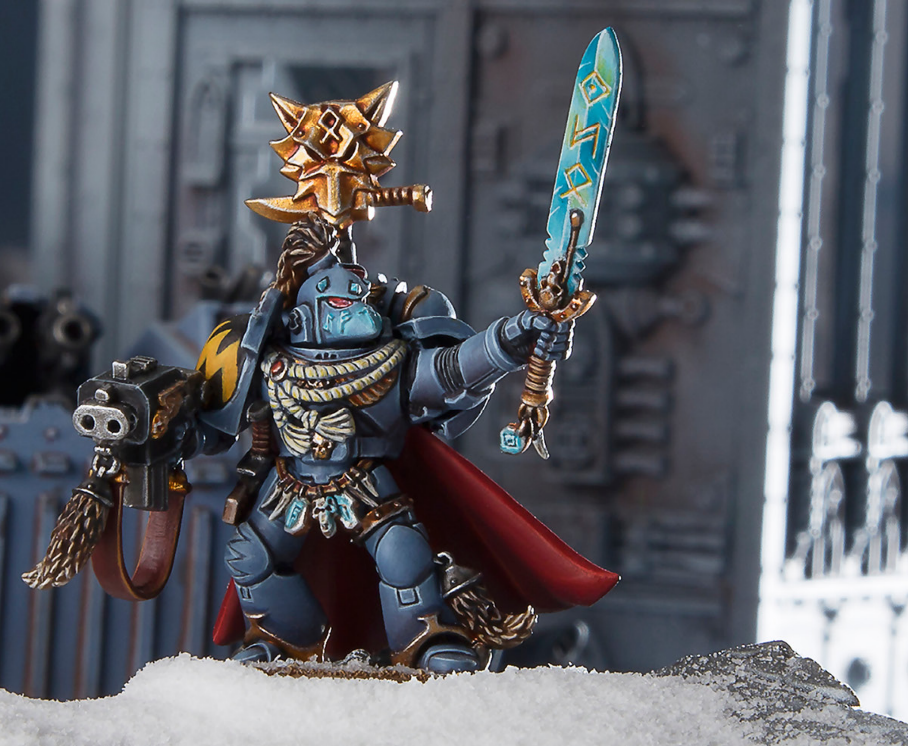 Let's face it when most people think of a wolf lord they think of him on a thunderwolf but let's look at what you get from the basic lord. He's gone up in price slightly but you get a Belt of Russ thrown in so he's actually quite a bit cheaper. Having said that I'd have preferred to see him without the Belt as it feels a bit of a waste if you give him a storm shield. I suppose it brings him in line with a captain in another chapter though. His stat-line is unchanged.

The basic weapons for him got cheaper but as we'll discover there are certain combinations of terminator weapons that are no longer possible. Having said that he's an exception to this as he can swap any ranged or melee weapon for a storm shield. Speaking of storm shields they're cheaper for now which is great. Otherwise the options are pretty similar. Obviously he's lost the talisman, necklace, wulfen and sagas but I don't think that matters too much. I rarely bothered taking a necklace anyway as with WS6 he strikes on 3+ most of the time anyway. Giving him Eternal Warrior is the biggest loss but if you're putting him on a thunderwolf there isn't a lot of things that can instant kill him.

Speaking of which the thunderwolf is now slightly more expensive but there's a crucial difference in that he now gets an extra wound too. That's huge for the tiny price increase! I still think the best way to run a lord is on the back of a thunderwolf with runic armour and a storm shield. That makes him pretty solid and if you give him a wolf claw you're taking full advantage of his I5. Problem is when you come up against a 2+ save character in a challenge and you wish you'd taken an axe, hammer or fist. Very tempting to run him with a hammer for 6 attacks on the charge. I've seen people talking about running 6 of these with minimal troops which is a scary thought! Sounds fun to me though! Still solid without the sagas especially with a Helm of Durfast (not that Space Wolves should wear helmets!). 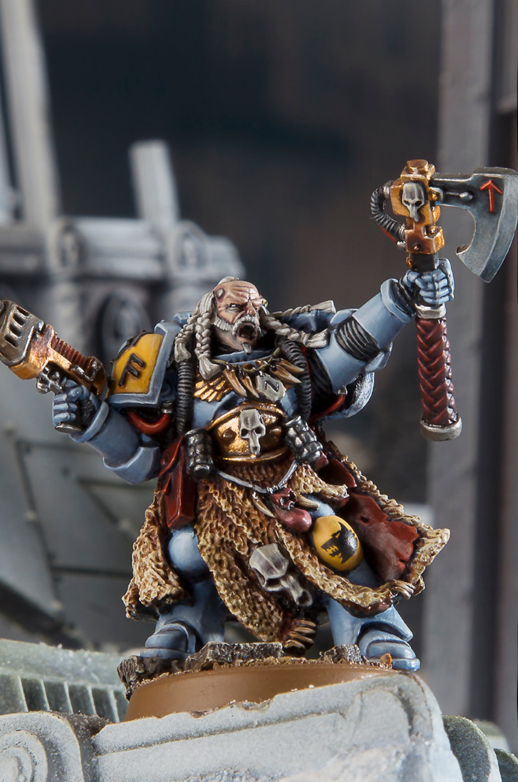 The same statline but now with the option of running him with ML1 or ML2. I'm thinking it might be better to run several at ML1 to give you a better chance of the powers you want. Very cheap way of getting Divination into a unit for example. He still cheaper than the old version even with ML2 and a psychic hood. It's a shame the psychic defense isn't as good but you still get a 12" range to stop Maledictions and Witchfires on a 4+ if you take a hood and of course you can still stop Blessings etc on 6s like anyone else.

For some reason runic armour is slightly more expensive for a rune priest than a wolf lord but don't forget you now get 6+ invulnerable save to everything rather than a 5+ to psychic powers. Not amazing but will be worth it sometimes and will feel pretty awesome if you manage it.

As I've said the Tempestas discipline has been toned down a bit from the SW book but it's still pretty potent. If you're planning on going with Tempestas you'll probably want ML2 though as half the powers are WC2 and you'll need the extra dice. Options-wise he's pretty similar but I'll be very suprised to see people taking much more than runic armour and/or a hood. Chooser of the Slain has now gone but remember you no longer need to make your characters individual so there's less reason to take one unless you really found it that useful for disrupting infiltrators. The runic weapon no longer wounds daemons on 2+ but I can't remember ever surviving in combat with a daemon long enough to use it anyway!

Another unit that's still pretty awesome. Like the wolf lord there's some things missing but they're still great nonetheless. They're also the second cheapest way of using the detachment to give a +2 to your Cunning of the Wolf rolls for your Troops. Worth bearing in mind. 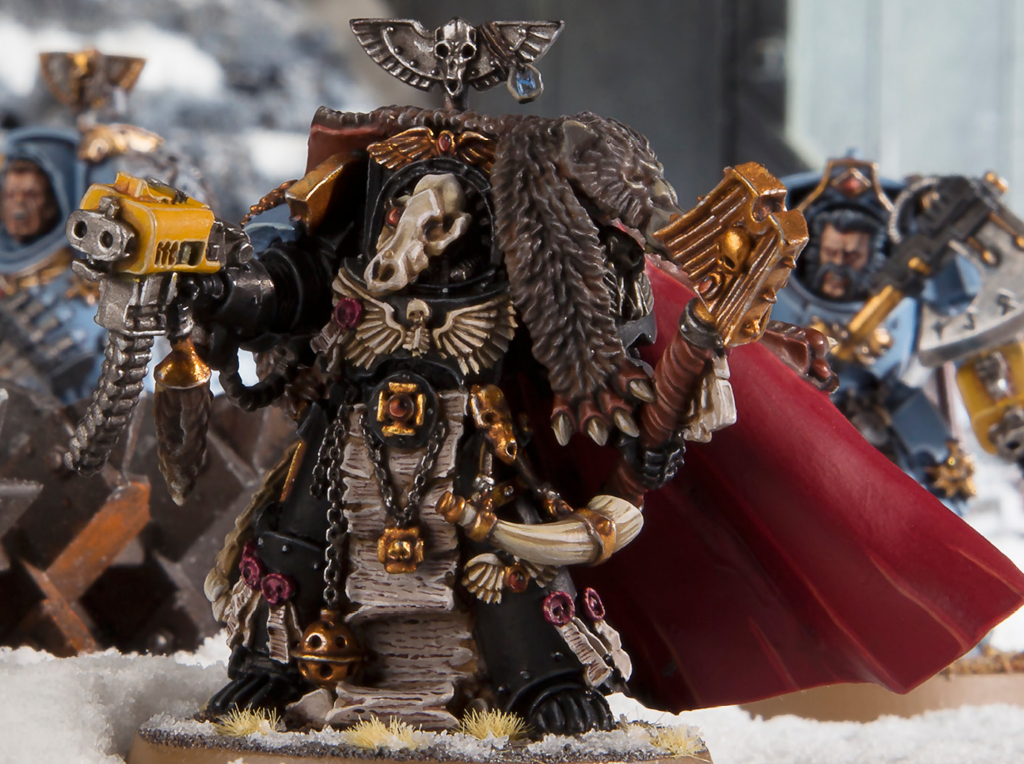 I seemed to be just about the only person who ran a wolf priest in the old book. This was mostly because you could take Saga of the Hunter and Outflank some Grey Hunters but there's a chance of Outflanking anything now. His stat-line is unchanged but he's gone up by 10%. That's probably because Fearless is in shorter supply now but also in part due to his Healing Balms which give FNP 6+. His Oath of War is effectively the same and a great boon for any unit he joins.

It's worth noting that the rumoured Terminator wolf priest seen in the codex picture is a conversion after all (like we thought anyway). As it stands there isn't actually a model for a wolf priest so you'll have to convert one from other kits. Not a big deal but I'm tempted to pick up the limited edition Games Day one from a few years back.

Like the Rune Priest I'd probably run him with minimal options except perhaps runic armour. He's more expensive than the Rune Priest but provides more reliable buffs to your army. Fearless can be awesome these days and having Preferred Enemy is useful to mitigate the BS/WS 3 of Blood Claws which I think is probably the best place for a Wolf Priest. Fluffy too I suppose!  It's worth noting that a bike or jump packs is now significantly cheaper so it's easier to throw a priest into Swiftclaw or Skyclaw packs. 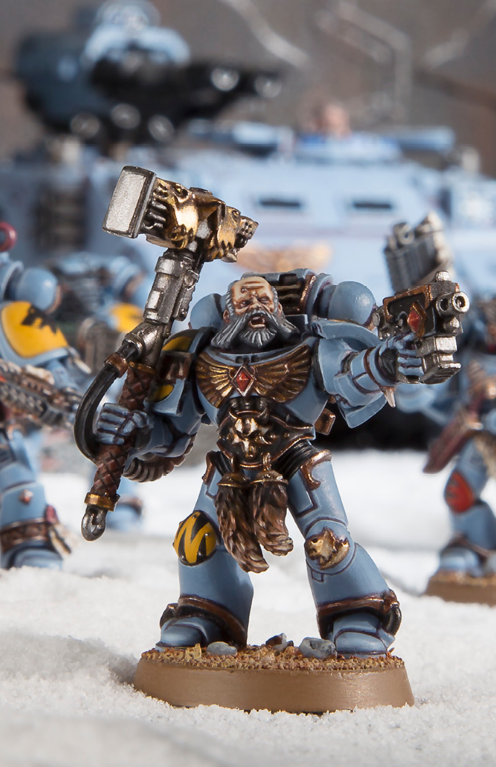 In the old book the WGBL was nearly always overlooked in favour of the lord. He's a bargain for 50pts though. Obviously he isn't getting the Belt of Russ but you can always give him a storm shield and you're still saving points. Otherwise you have to decide if losing a point of WS and Ld, a wound and an attack is something you can live with. Even after you've given him the storm shield you could give him two fenrisian wolves and still save points versus a lord. The fen wolves will help mitigate the loss of wounds and attacks. Stick him on a thunderwolf and you've got something pretty similar to the thunderlord in the old book (basically just one less attack).

Part of the reason people took the lord was the access to Saga of the Bear which has gone anyway. He's the cheapest way of getting the IC for Cunning of the Wolf too. The list I've seen with 6 thunderlords would be much cheaper with thunderbattleleaders (not as catchy) for example. I don't think he's going to be as overlooked as he once was.

Conclusion
Well I said I wanted to be more positive and I haven't struggled! The generic HQs are all pretty awesome. I think there'll be a lot of thunderwolves around but the rune priest and wolf priest have certainly got a role to play too. Having access to 6 HQ slots means you don't really have to worry about which is better. Take one of each if you want and find out!

On Thursday I'll be looking at the Special Character HQs where quite a bit has changed. They'll be the competition for the generic HQs but I think there'll be at least some that will prove worthwhile. Mind you everyone knows I'm biased when it comes to SCs!
Posted by From The Fang at 17:00:00