Today Matt moves onto the HQ section of the codex, as I said in the previous post there aren't tons of options so it's reasonable to cover them all in one post. Once again, please feel free to comment and Matt will try to respond when he can. 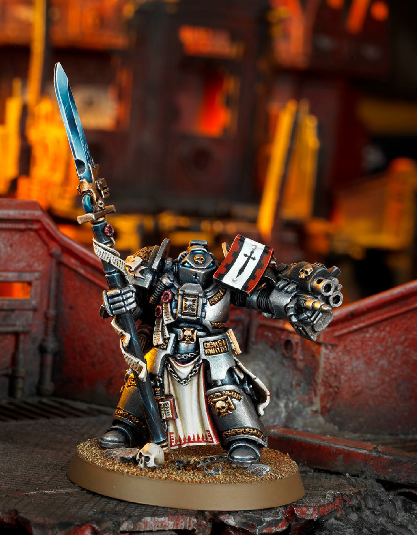 Brother-Captains and Grand Masters I now think are better than they used to be due to the ability to generate powers from many different disciplines, this makes them both like a space marine captain and librarian rolled into one! The only difference is that this space marine captain/librarian can be either S7 I5 or S10 I1 in combat if attached to a squad! I think the difficulty with these units is choosing which psychic discipline to go with. Obvious choices may be either Divination or Santic to boost themselves and the squad they are attached to (Santic also gives the chance of getting the best offensive power in the game too of course – Vortex of Doom). However, Telepathy is also tempting for the chance to get Invisibility, but personally I think it is not worth the gamble as Santic and Divination both give you much better chances of getting decent powers. In fact if the BC or GM is attached to a terminator squad I would go with Santic as the only power that’s not that great for that sort of unit is Purge Soul (and even that isn't horrendous). 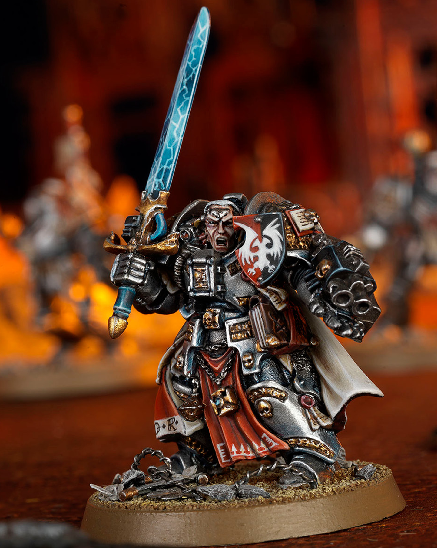 Brother-Captain Stern
Again nobody used to take Stern. He had interesting rules but the strength test thing wasn't much use and a regular Grand Master was a much better option. I have a feeling things may change. At first glance he looks like a mastery level 2 Brother-Captain with a few mediocre special rules. The first of which is called 'The Strands of Fate' and is exactly the same as in the old book, basically he gets a re-roll but so does your opponent in his turn, in my opinion only worth using if you are desperate, giving away re-rolls to your opponent is dangerous. The second makes the Banishment power into a 12" nova, good if you are playing Daemons, useless otherwise. So what is good about him then? One thing, he gets the Sanctuary power as standard. This means he can be placed in terminator or paladin units and boost their invulnerable to a 4++, or even better he can be attached to Draigo…. 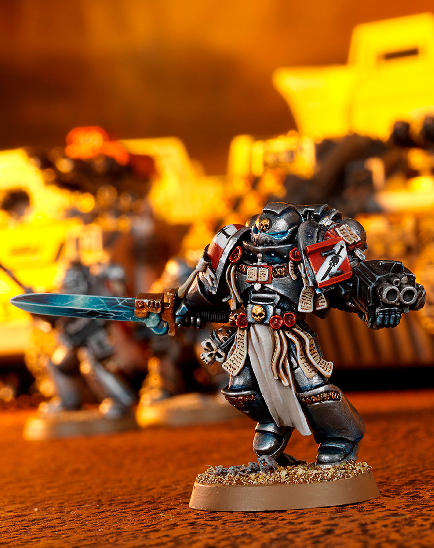 Brotherhood Champion
In the old book these guys were cool and were the cheapest HQ, but again not many people bothered. They didn't do enough and died to easily. That may still be true here, but they have now got 2 wounds which is a massive improvement plus their Perfect Warrior rule got much better. They can now either have Smash, which not only makes them AP2 but also gives them the option of making a single S8 attack that re-rolls armour pen, or they can choose to re-roll all saving throws and with 2+ 4++. That is pretty amazing when it means he can still attack. Sounding like an auto-take right? Well no, the perfect warrior rule can only be used in a challenge and he costs 150 points, don't bother. 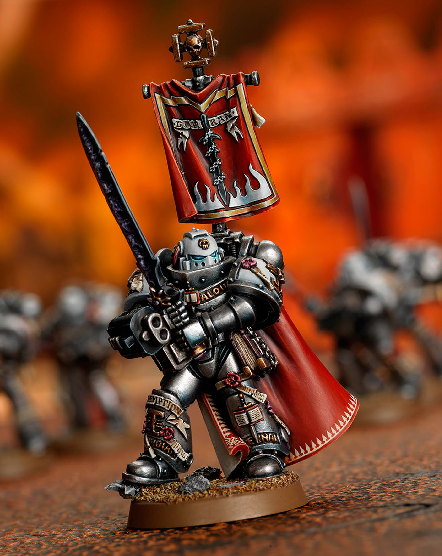 Castellan Crowe
Crowe is basically a Brotherhood Champion with better stats (WS8 and +1 initiative and attacks) and mastery level 2 plus he uses both rules from Perfect Warrior in a challenge. People used to take him so that they could unlock Purifiers as troops but he doesn't do this anymore. However, he can now be attached to squads and he is Fearless which is nice. Also as chief purifier he obviously knows the Cleansing Flame power (one of the best powers in Santic). In fact his only real downside is that he insists on carrying around a weird sword whose power he refuses to use, therefore it just counts as a close combat weapon and so is not AP3 and nor is it Force. But because he is in artificer armour and can therefore sweeping advance he may be worth choosing over a Grand Master to bolster a power armour squad. For example, attach him to a Purifier squad for double cleansing flame! (I can't wait - Alex) 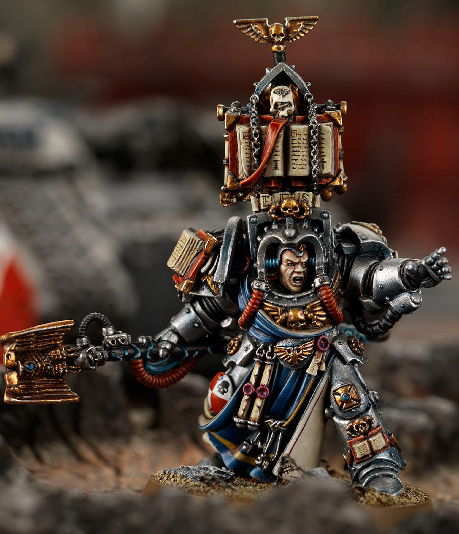 Librarian
This is probably going to be the go to HQ in this book. The Librarian has had a massive points reduction from the previous book to bring him in line with space marine librarians. However a Grey Knights librarian can be upgraded to mastery level 3 which gives him a good chance of picking up quite a few of the decent powers in the discipline of your choice, which again should probably be Santic or Divination. However, with mastery level 3, Telepathy may be worth a punt for the gambling types and sometimes Shrouding can be useful depending on what you are facing. He can be given the Domina Liber Daemonica in order to generate another power (but must be from Santic) and also allow all units in 6" to re-roll 1s when manifesting Santic powers, pretty awesome! Also it shouldn't be overlooked that he comes with a warding stave as standard which gives him and his unit Adamantium Will, so that coupled with his mastery level 3 will mean his squad often deny's powers on a 3+. In addition, the Aegis special rule (which all Grey Knights have) allows you to re-roll all 1s when denying the witch, therefore the librarian's squad becomes all but impossible to target with
psychic powers. 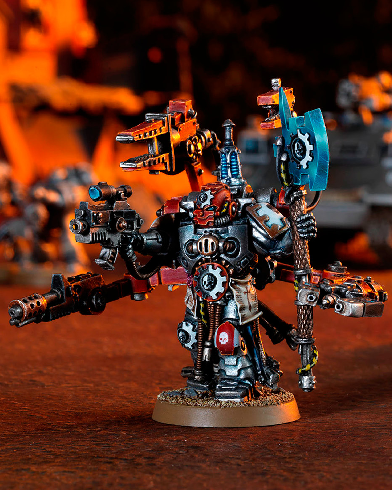 Techmarine
Basically the same as an SM Techmarine with a servo harness. Only difference is that he is mastery level 1 and can take force weapons. However it is worth noting that he can still take a conversion beamer. He doesn't take any slots so he can be used as a way to get a Hammerhand caster into a squad.

That's the HQ section sorted. Of course it'll be Troops next which is a particularly short one! I'll stick to the same schedule as the Space Wolves review with a post every other day. I'm certainly finding these an interesting read as I check them over before posting so I'm sure you guys are getting something out of them. With GW taking a short break from 40K at the moment I might even get chance to post something other than codex reviews. Hopefully I'll have some hobby content for you once this review is out of the way.
Posted by From The Fang at 17:00:00