Today I'm going to look at the rest of the HQs, which, for most people will be the units of choice over the special characters. 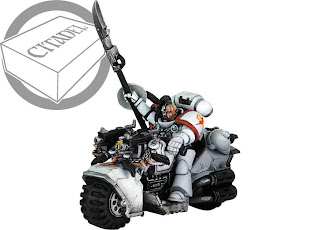 There's basically a toss up between the Chapter Master and the Captain here. Obviously the former is more expensive but gives you an extra wound and attack. This is a boost from his previous incarnation for a measly 5pt increase. The chapter master also gets the Orbital Bombardment, which, although slightly unreliable, could be devastating if used well. The main reason to take the either the Chapter Master or Captain though is that if you shove him on a bike he can make Bike Squads into Troops. Not such a big deal if you're already taking Khan in a White Scars force but great for the other chapters.

The big deal for me is that, as someone who doesn't have much loyalty to any of the standard chapters, the Chapter Master presents a great opportunity to "build your own". The Chapter Relics are very interesting and with a bit of back story you can create fantastic characters for your DIY chapter. There are some interesting combinations floating around the internet and I think we'll see a lot of them in tournament play.

Honour Guard
These guys work out pretty pricey for them all to get a 2+ save. It could be argued that the artificier armour is actually a bargain on them though considering it's 20pts for a character. They're the only place you can get the Chapter Banner though and considering you can pack them out with power weapons you can create a pretty sturdy deathstar if you give them a land raider to charge out of.

Realistically I can't seem them making many appearances on the tournament scene as they're still just marines in 2+ armour. The sheer volume of fire power makes a 2+ save seem insignificant at time and to have sunk so many points into a unit which is a bit of a one-trick pony is probably ill-advised. 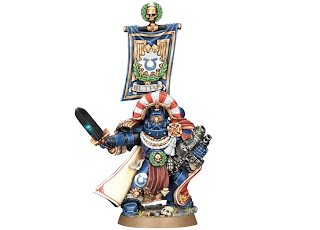 As discussed with the Chapter Master, the Captain is essentially a budget option. There aren't really compelling reasons to spend the extra 40 pts on the Chapter Master though so expect to see more Captains. There's a huge array of possible combinations on offer here but Hellfire rounds or grenade launcher are no longer part of them for some reason.

Somewhat strange that they've split the Captain and Terminator Captain into different entries as it doesn't fit with any of the other HQs. Still both offer a great statline for a pretty good price in my opinion. Both also give you the option to take a command squad which, particularly in biker armies, will be a great place to get a pile of special weapons.

Command Squad
Despite an error in the codex these guys can take Special Weapons thanks to an FAQ. This combined with the 35pt bargain price of bikes for the unit means you can create a heavy hitting support unit for your Captain. Some would argue that they come in a bit pricey for a non-scoring unit but being able to pack out the excellent grav-weapons is seriously worth consideration. Not to mention getting FNP (more useful with T5) for an already tough to kill unit.

Otherwise they have the same issues as the Honour Guard in that you end up paying out quite a bit for what is essentially an assault squad on steroids. Not awful but I think there are better units if you aren't taking bikes. 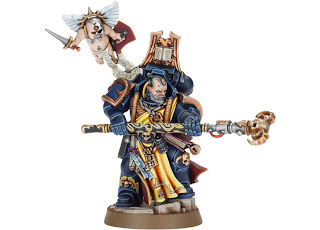 Cheap as chips like his Dark Angels opposite number but actually cheaper for the ML2 upgrade. It's also a huge boost considering in the last book the equivalent would've cost 150pts. The big down side is that he's lost all of the powers from the previous book and doesn't get access to the ever popular Divination powers. Still if he's going to be riding around on a bike like everyone seems to be planning on then Telepathy can be excellent and Biomancy is interesting depending how you tool him up. Personally I think it's good to have some force weapons in your army as there are a lot of multi-wound things around that it'd be nice to insta-kill. Obviously a lot of them have high toughness but to my mind it's worth having the chance to take them out in one blow.

When you look at the librarian like that he'd probably do well in terminator armour with a storm shield to make him more durable. I can see a lot of people ignoring him though in favour of an allied Rune Priest who offers better powers and the best anti-psychic around for now. 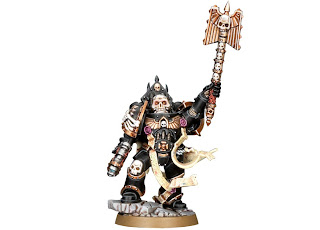 Chaplains are nearly always overlooked as they offer bonuses to close combat in a universe dominated by shooting. They may be pretty cheap but I don't see them getting a lot of use. When you've only got two sltos to choose from they'll lose out to specials, captains and librarians nearly every time.

If you do want to run an assault deathstar then by all means attach a Chaplain to make them devastating on the charge. Mind you, do you really want to annihilate a unit on the charge and face a pile of shooting in their turn?

Master of the Forge
These guys catch my eye as they still have the ability to take tons of dreadnoughts. This screams Iron Hands to me as you have to think about the potential of 6 dreadnoughts in drop pods all with It Will Not Die and troop units in bolstered cover claiming objectives. Not sure how competitive a list like that would be but I'm determined to give it a go at least once.

Otherwise you can still stick them on a bike and give them a conversion beamer which makes for a lot of fun in any army. I think MotFs are often overlooked in favour of the other HQs but they might prove to be a sucker punch. 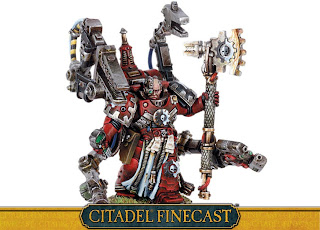 As ever the techmarine does the same as the MotF but for 40 pts less. Obviously he suffers from having only a single wound but he still offers Bolster and Blessing of the Omnissiah. There was potential use for a techmarine on a bike in the Dark Angels book so I can see him being used in a similar way here. By the way, I know I'm droning on about bikes but I really do think we'll see a lot of them. I'm not overly sold on the idea but time will tell.

Servitors still fall short of the mark for me. They may be dirt cheap but BS3 is a let down and I simply can't see the point.

Conclusion
The standouts as ever are the Chapter Master and Captain. I think the librarian will get a look in too from time to time but with the loss of Gate and Zone he won't be as popular as before. I think it's a shame they've stripped those powers away but it does make things more standardised I suppose.

Otherwise the Master of the Forge might be a fun option but Chaplains will probably lose out in my view. Troops next.
Posted by From The Fang at 18:00:00