Lots of posts coming at you this week so I'll keep the typing brief to save my fingers. Today's post covers the "Legends Painting Competition". For those of you who haven't read one of these posts before, GW runs a second competition alongside Best Army for single models in several categories.

Beast of Legend
We entered Scott's wraithknight into this competition because frankly it's stunning. Here's a few shots of the other notable entries. 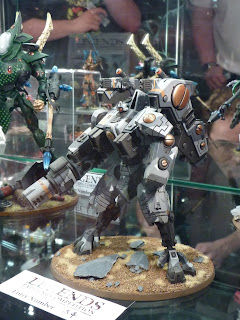 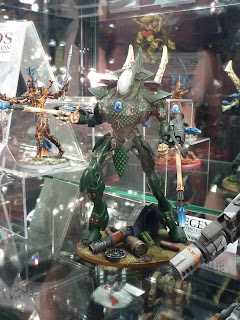 Now Scott's wraithknight is, in my opinion a better example (see below). The wraithknight shown above won the competition for one reason, the pattern down the front. Closer inspection revealed the rest of the model really let it down. The weaponry was a simple basecoat and wash around the recesses and the armour wasn't much better. Not to say it didn't take skill but it just goes to show people can't look past something as eye catching as the pattern. My vote would go to the riptide as, having played the guys in our final game, I now know that all of the camouflage pattern is done freehand without masking tape!! Seriously have a close look, that's insane!

Hero of Legend
This is always the most subscribed category as you can go to town on a single small model and claim victory. There were some beautiful entries here, a few of which are shown below. 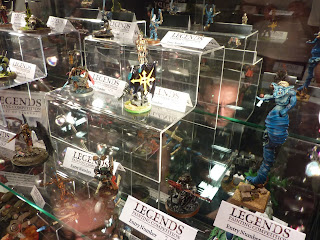 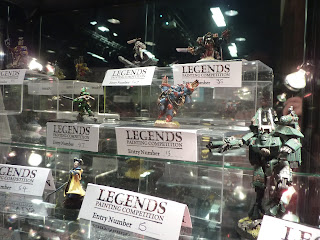 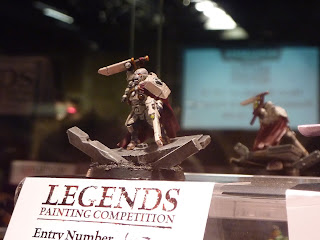 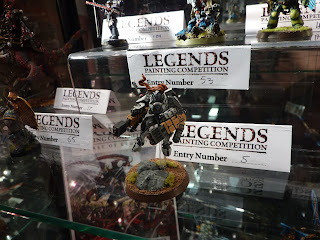 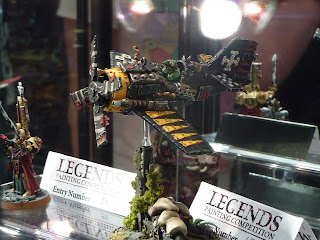 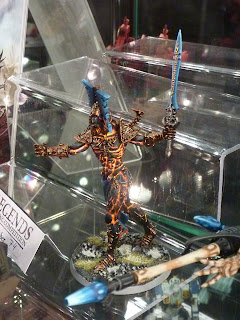 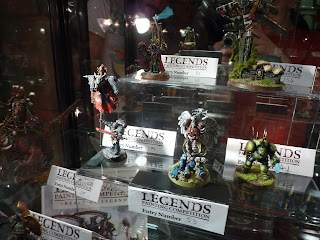 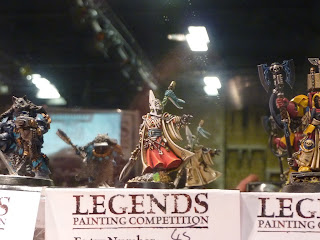 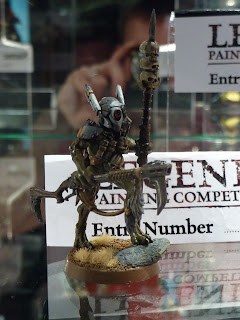 The eventual winner was the Eldar Farseer (who got my vote). Perhaps there were better models there but I'm a sucker for a clean Eldar paintjob.

Monument of Legend
This category covers fortifications and objective markers and rarely has more than half a dozen entries. The worthy winners were the Necron/Marine objective markers which our opponents in the first game created. Pretty sure they won it in April too. 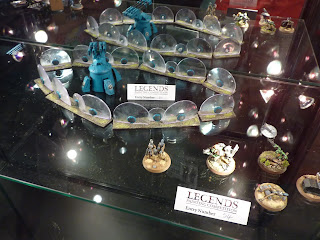 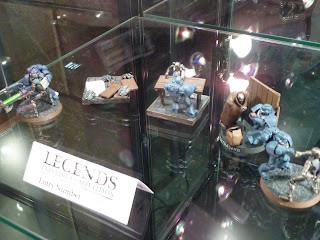 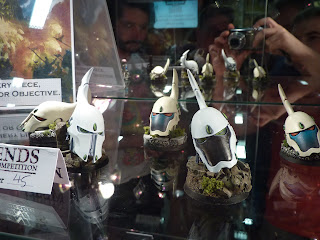 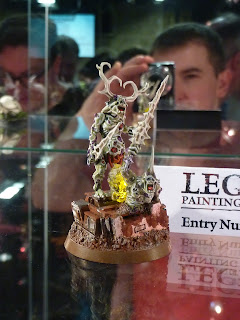 Engine of Legend
This was the category we were hoping we could win. Scott's Crimson Hunter (which is on the edge of some of the pictures here) is totally stunning with it's split upper surface and starry sky underbelly. I reckon the reason it didn't win was mostly down to my poor placement in the cabinet. It really should've gone on the top shelf to show off the underside but I wanted people to see both so I place it in the middle. A number of people I spoke to didn't notice the underside which is why I think it didn't win. No offence to the winning entry but even discounting Scott's entry (and my hefty bias) I didn't think it was best example in this category. Well painted, no doubt, but not the best. I didn't even take a picture of it (the picture here is from WHW Facebook)! 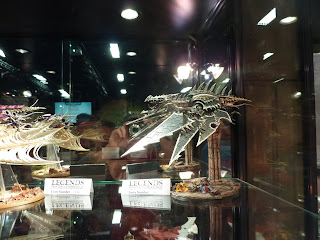 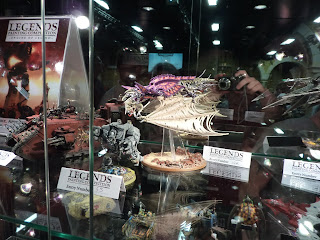 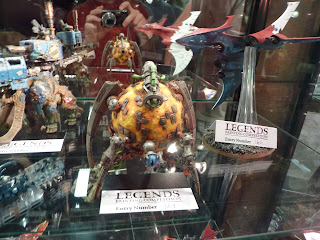 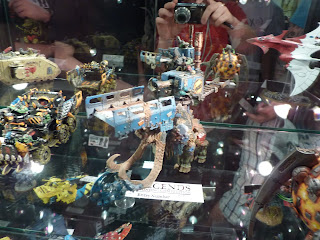 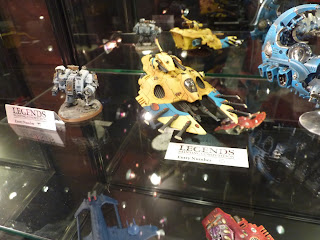 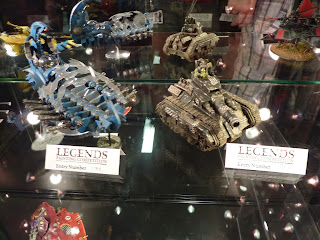 We'll position it better next time and hopefully that'll clinch it. Here's a couple of shots of it from WHW's Facebook.