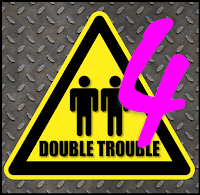 A little later than planned, here's the other two categories in the DT4 painting competition. I normally call these the single miniature categories since often Best Conversions is a full army. This time around all the entries were single models though.

I was pleased to see a decent number of entries in both of these categories even if not all of them ended up receiving votes. I was also pleased that every single player voted in the end which is a great way of recognising the effort that everyone put into their armies. Still, there were some nice armies that didn't get displayed which I always think is a shame. Even if you don't fancy your chances you should let people see the work you've done. It's a great way to inspire people to do better with their armies. Anyway, let's start with: 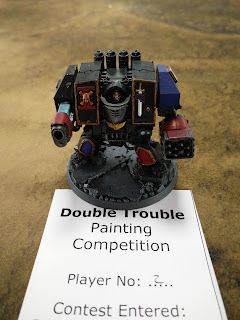 Next up Ian Plumpton's Stormsurge which he won as the top prize in the raffle of one of my Blog Wars events I think (BW9 maybe?!): 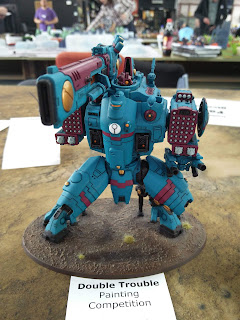 One of the few Forge World units in use was David Irving's T'au Tigershark flyer (his list also feature a Y'vahra suit) which got three votes: 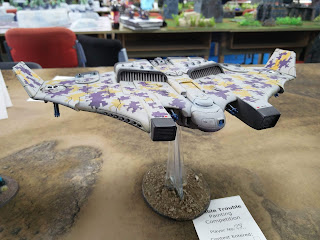 Another raffle prize put to good use was Luke Capper's Knight Castellan which he won at DT3 gaining four votes. This wasn't in his list but I don't specify that entries have to be featured in your army. Click for a closer look at the purple armour which must've taken ages! 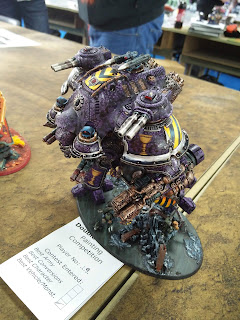 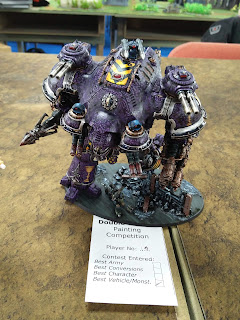 Finally, the winner of the certificate and £10 Element Games voucher was Dave Weston's stunning Cerastus Knight Lancer. I had the pleasure of playing against Dave in the final game and his knights are truly beautiful. Every single centimetre of them is packed with detail and full of skill. Sadly my photos don't really do it justice but you can find more at www.40kaddict.uk 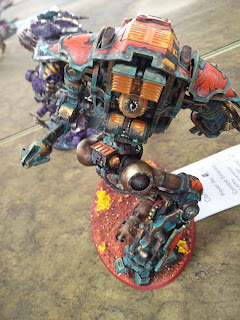 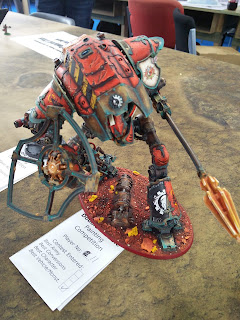 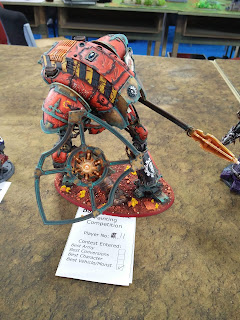 Best Character
Another categories with five entries and again only three of them got votes. This was a much closer contest though. First up, Rob Nathan's Commissar Yarrick and Greg Barber's regular Commissar: 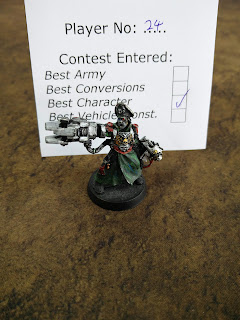 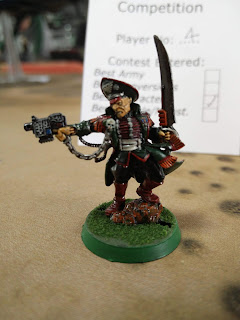 Another entry from the Capper brothers with Tom's Mephiston getting four votes (strangely the same as his brother's entry above got: 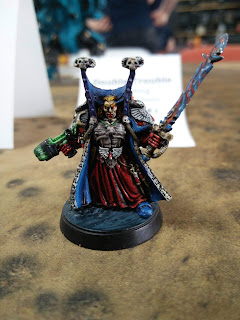 A very close second place went to Matthew Longmore's Blood Angels Captain, who I'm told should be referred to as "Captain Slam", which took 10 votes: 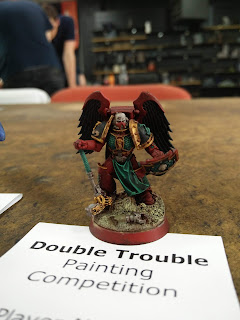 Finally, winning by a single vote with 11 was Martin Waine's Windrider Farseer. Again my photos aren't doing it justice but I take them in a bit of a rush so I can get back to entering the scores from round one and eating some lunch! 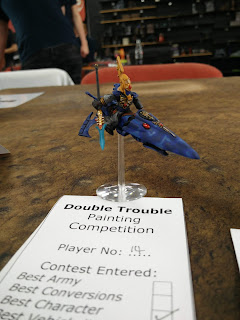 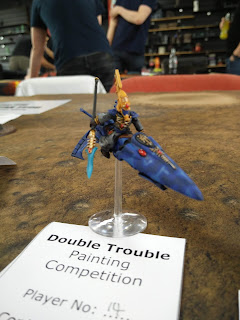 That wraps up my final painting competition rundown. Congratulations to all the winners who took home a share of the £50 worth of Element Games vouchers that were on offer across the four categories.

The next post from me will be my battle reports which I'll try to keep brief so they can be done in a single post. Stay tuned to the blog after that though for news of a possible successor to Double Trouble which I hope you'll all support.
Posted by From The Fang at 19:48:00