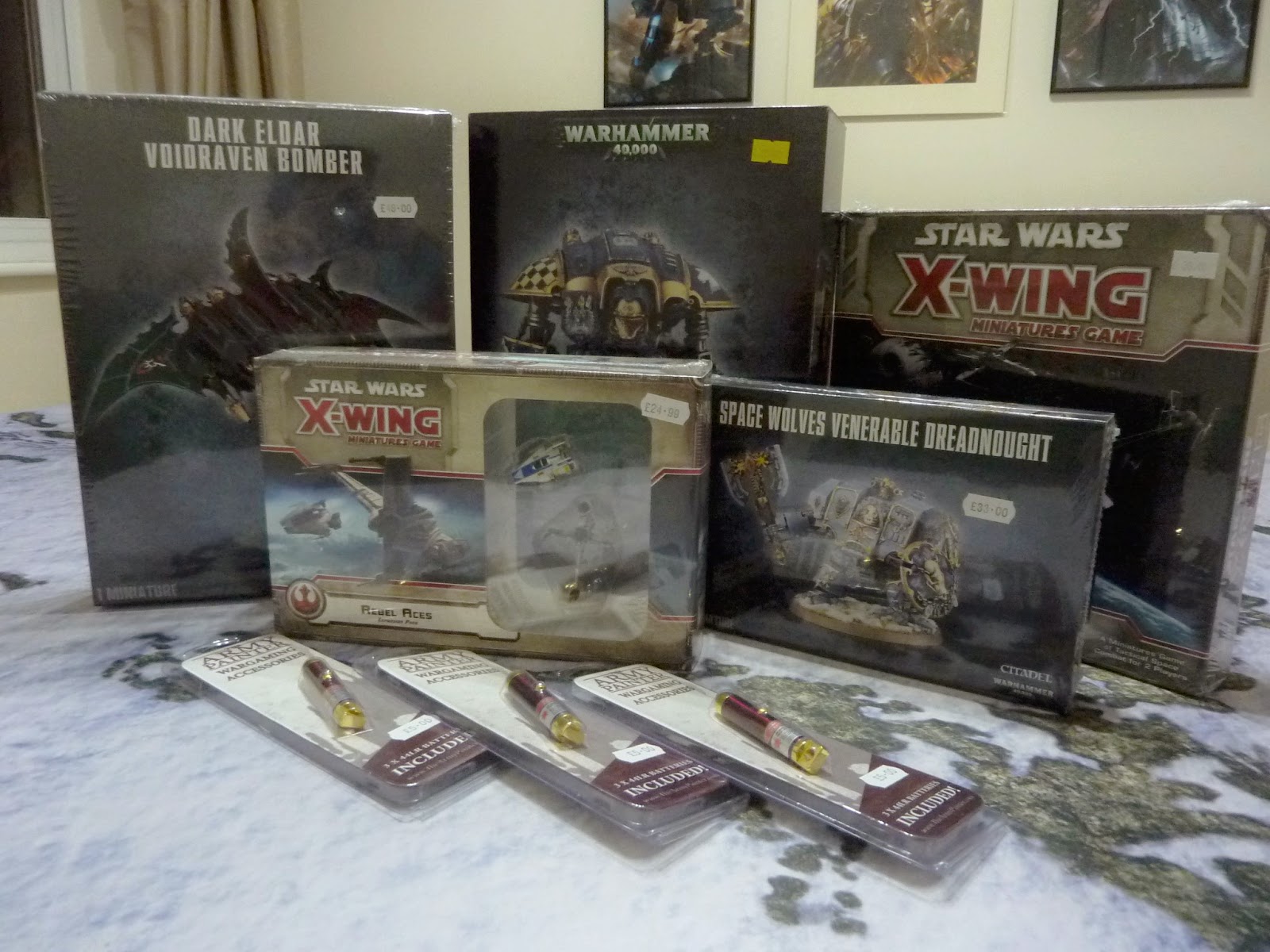 Prizes
Before we get to my army list let's get the important matter of the prizes out of the way. Despite lower numbers than last time I'm still offering nearly the same amount of prizes as I did before! There's the usual vouchers from (and kindly sponsored by) Element Games which make up the prizes for 1st, 2nd, 3rd and Last Place along with the Best Army and Best Special Character painting prizes. There'll also be two spot prizes for each round and a series of raffle prizes at the end of the event. Here's a shot of the stuff you can win (please note I'll be adding one set of spot prizes to this as I haven't been able to get hold of the stuff I wanted yet).

As you can see the top raffle prize is again an Imperial Knight worth £85 (RRP)! That's not bad for a £17.50 ticket I reckon! In fact all of the prizes in the raffle are worth more than your ticket cost and raffle entry is included!

My Army List
I'm sticking to the blog's roots and running Space Wolves making the most of the new codex. The list is deliberately designed to be reasonably powerful but not devastating with some armies having no trouble dealing with it. At the same time I've tried to make it a good army for a TO to use whilst running the event. 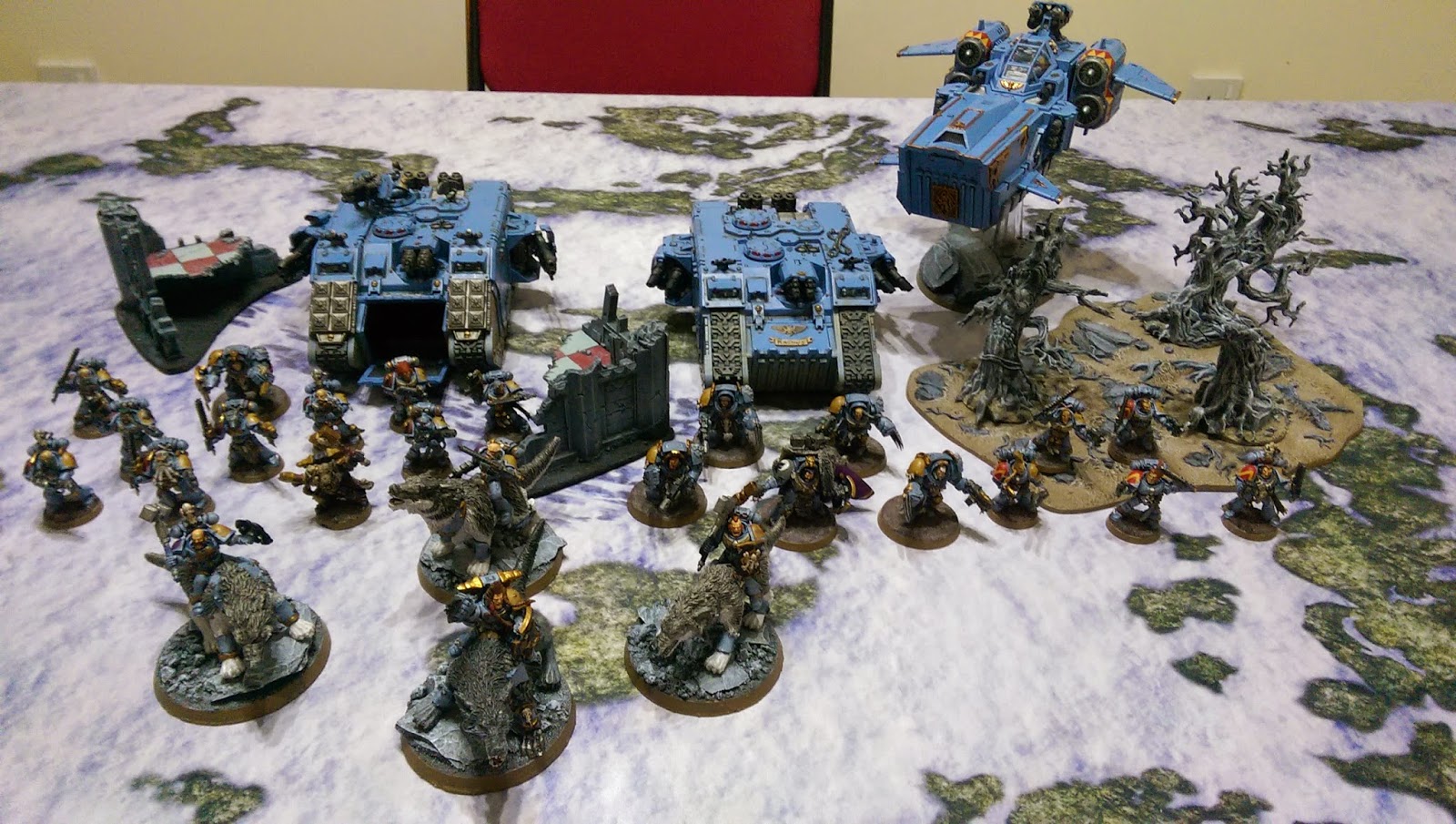 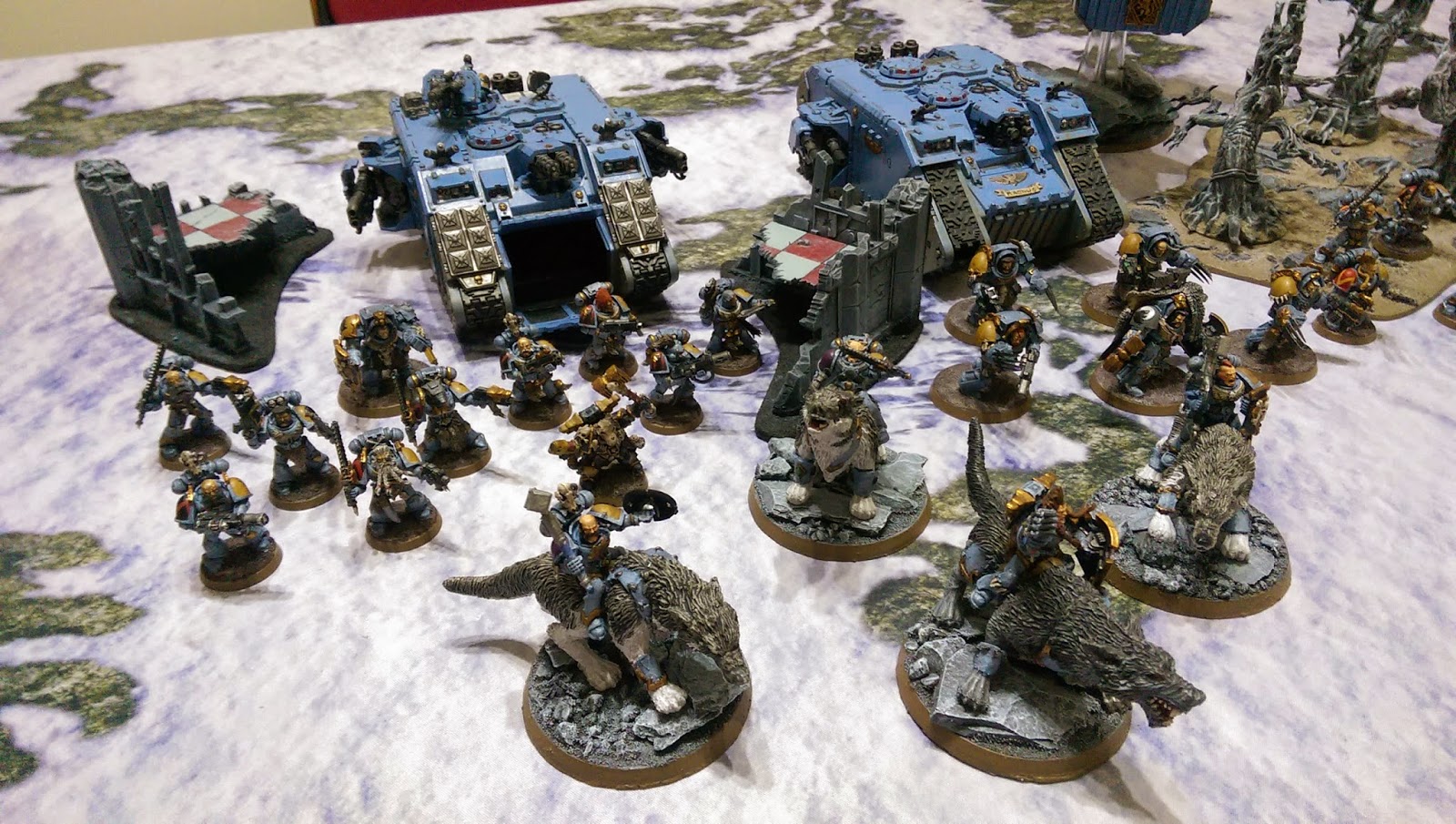 So deployment should take me all of 30 seconds with just two Land Raiders and a squad of TWC. The flyer will, of course, be in reserve. All told there's only 28 models so I can't see me taking long to play my games. I don't expect to be smashing opponent's off the table but at the same time some armies really won't be able to shift the two land raiders and therefore my terminators and grey hunters will have no trouble getting into combat. In Control Freak I'll have three tough to shift units and since it's a CAD the Stormwolf will have Objective Secured when it arrives and Arjac gets it from the Blog Wars special rules. I could've taken an ML2 Rune Priest with runic armour instead of the Wolf Priest but again this saves time as there are no powers to roll for and I can ignore the psychic phase in my turns. 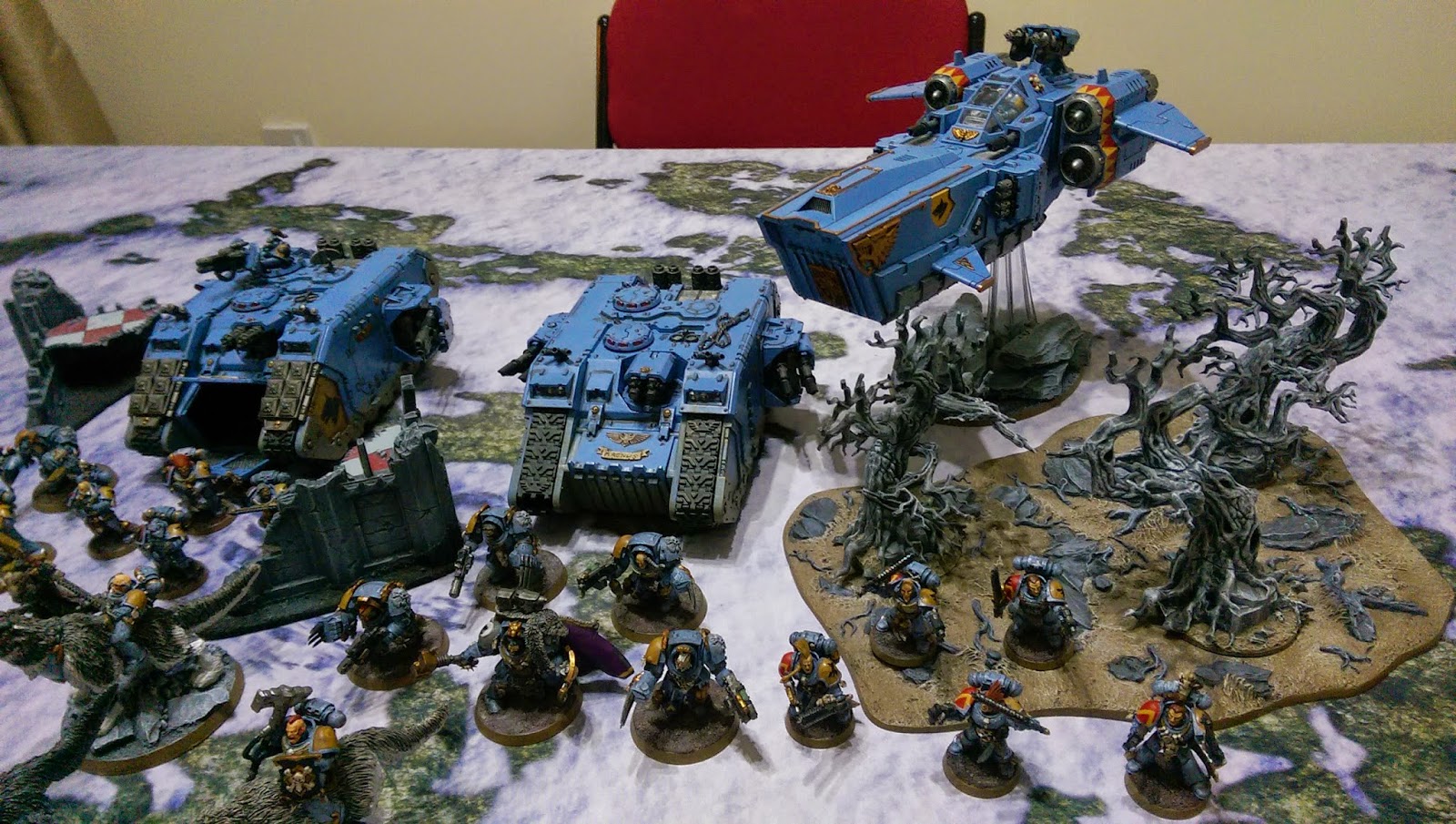 Of course, I'm only playing if we've got odd numbers on the day so there's a chance they'll all stay in the box but I hope I get a chance to play three of you guys.

I'm really looking forward to the event (as ever) and I'm hoping it will run pretty smoothly with some of the streamlining I've done since BW7. See you all on Saturday!