Before going any further it's worth saying that the standard of painting at this event was higher than at any previous that I can remember. There were plenty of armies on the display tables and I know of at least a couple that weren't presented (Chris Benstead's Iron Warriors for example). This may have been the reason that of the 25 players (I don't vote), 24 of them cast their vote. It's a shame we didn't quite get 100% voting but the guy who didn't vote was made to feel guilty enough!

Best Painted Army
The vote for best army is usually a close run thing but this time around the winner took a whopping 58% of the votes with his nearest rival getting just over half the votes he did. The notable runners up with both Space Wolf armies from Martin Waine and Nathaniel Gibbs and the former was probably one of my favourites. Nothing particularly original but well executed, clean and with some nice touches. 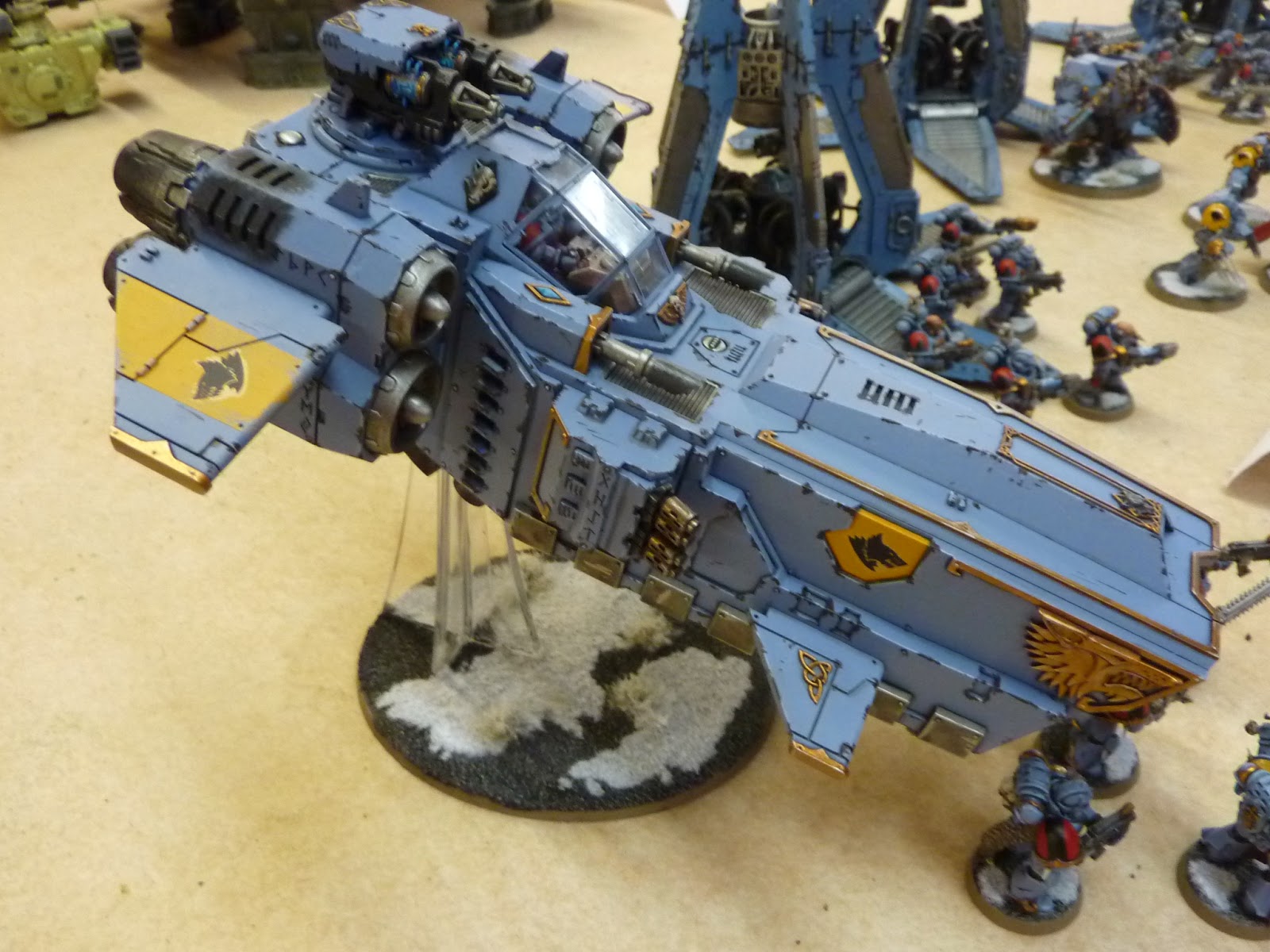 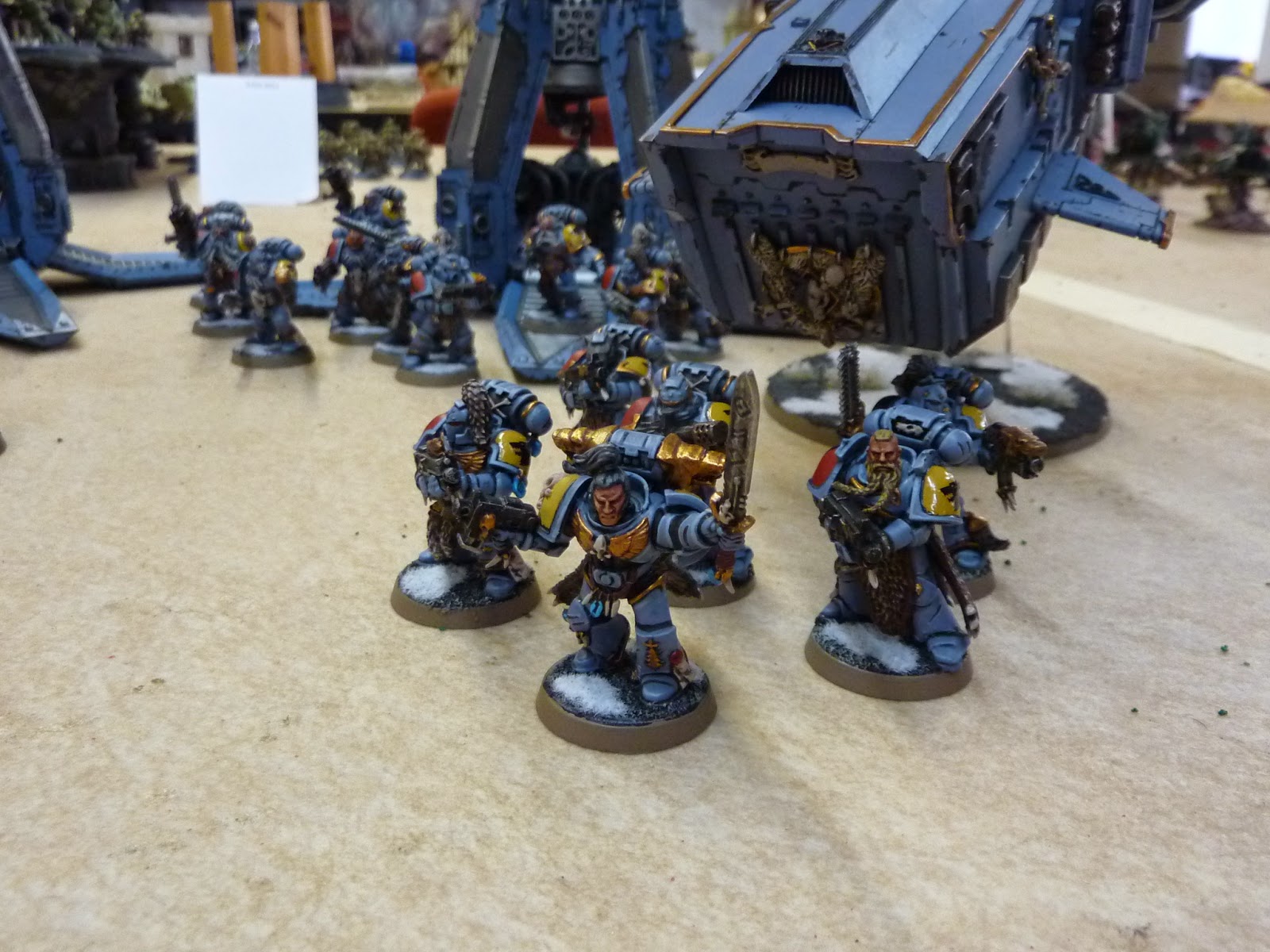 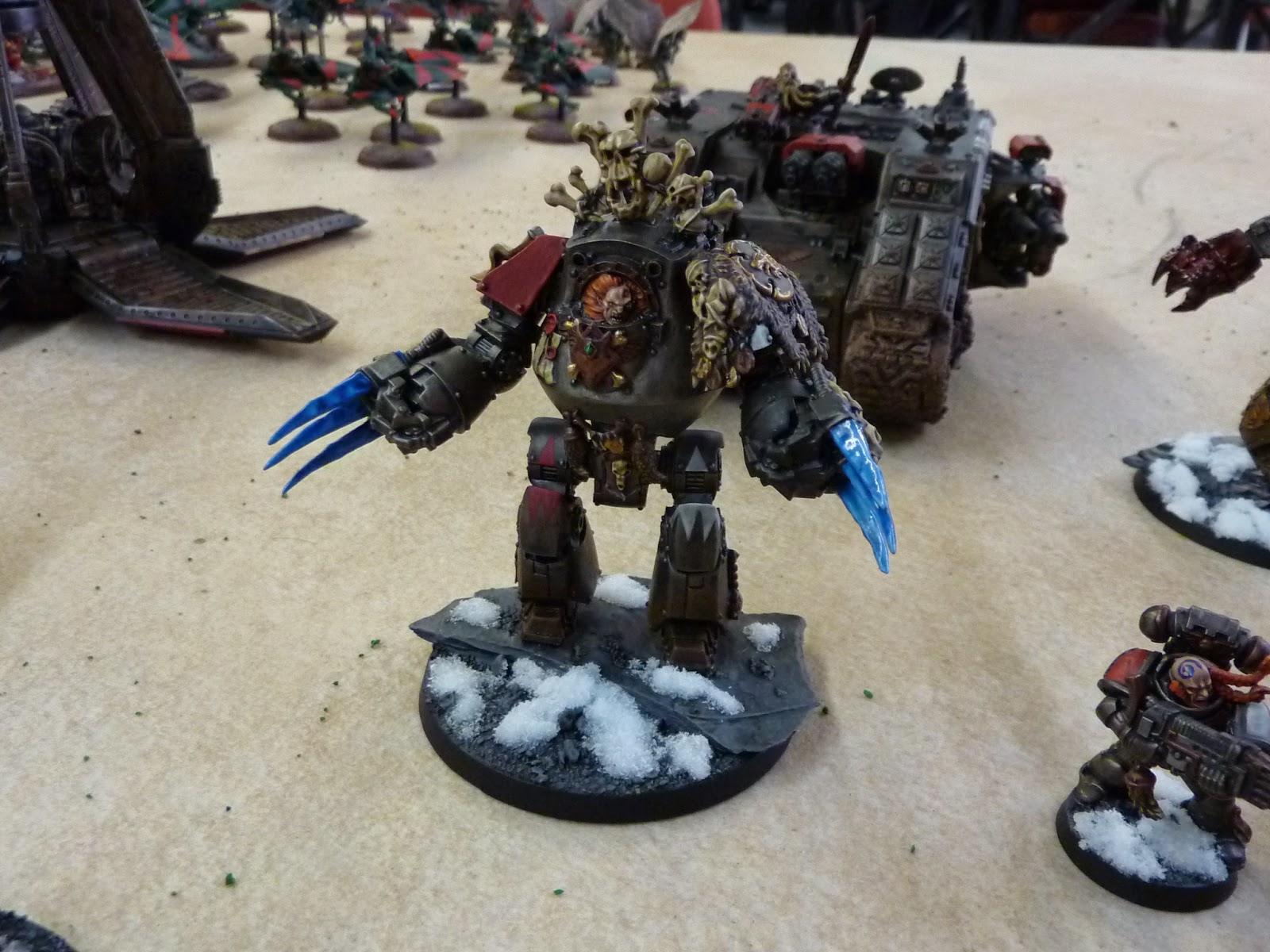 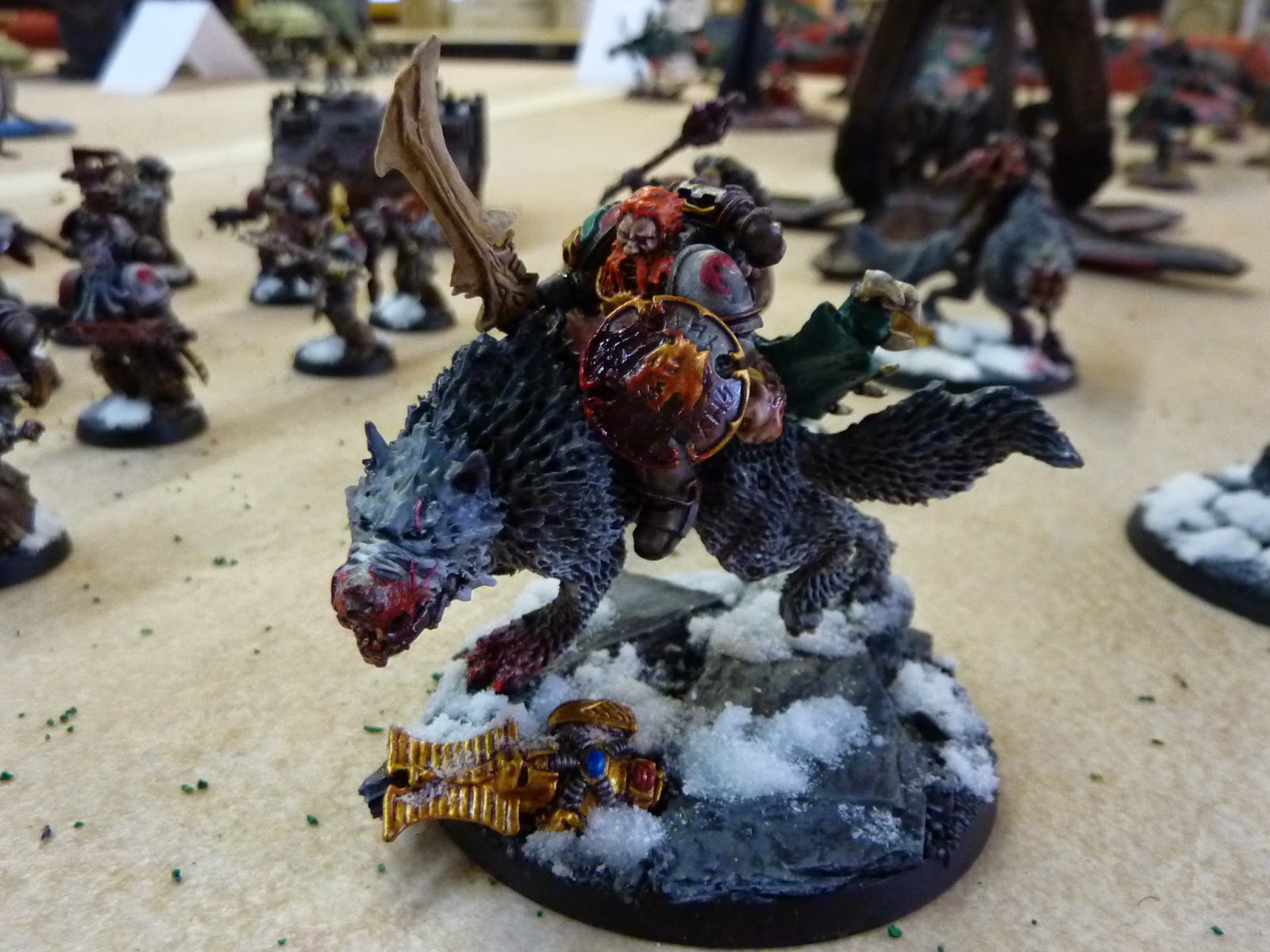 In second place was Dave Weston (who's won in previous painting competitions) with his stunning Tyranid army: 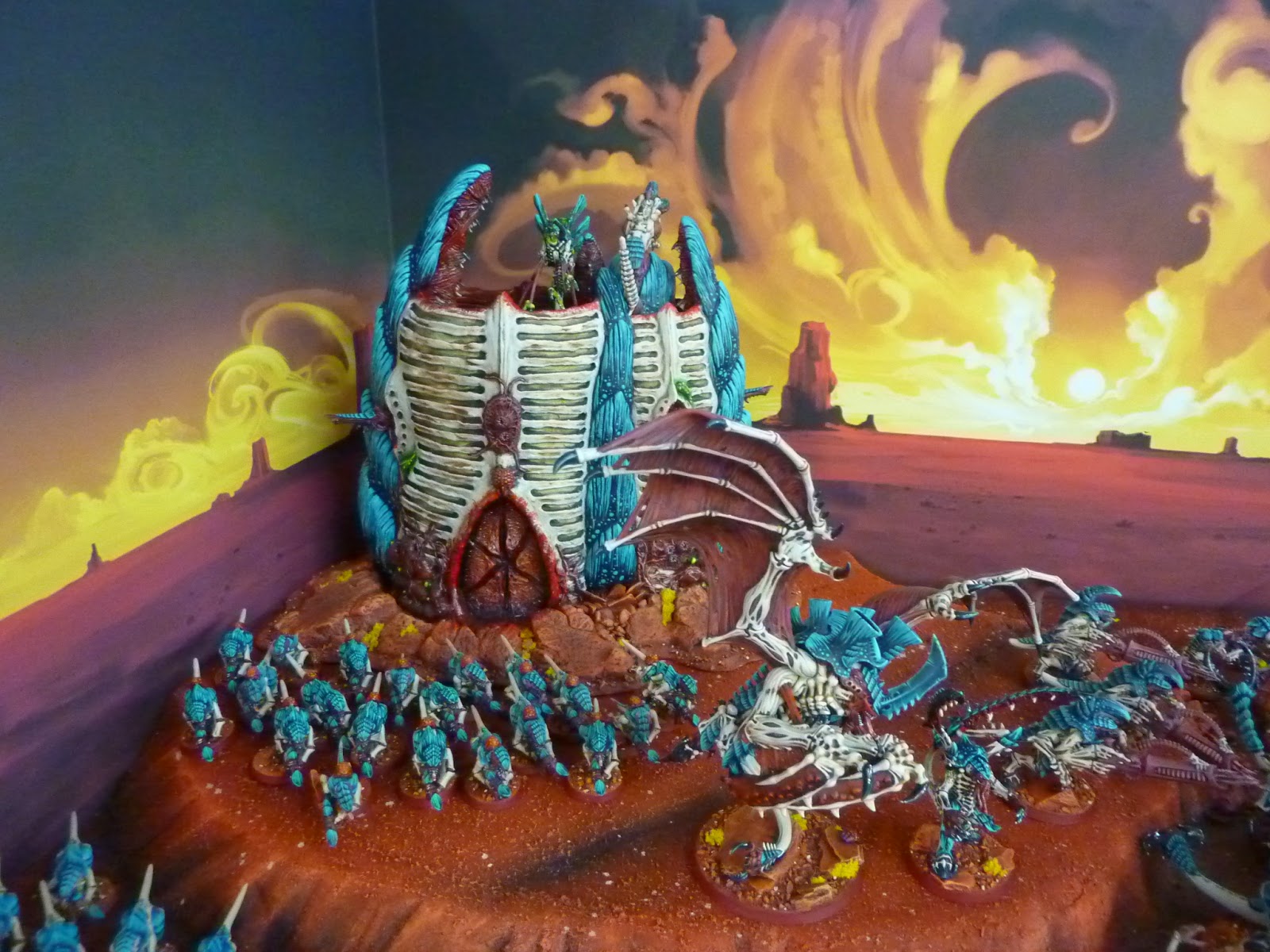 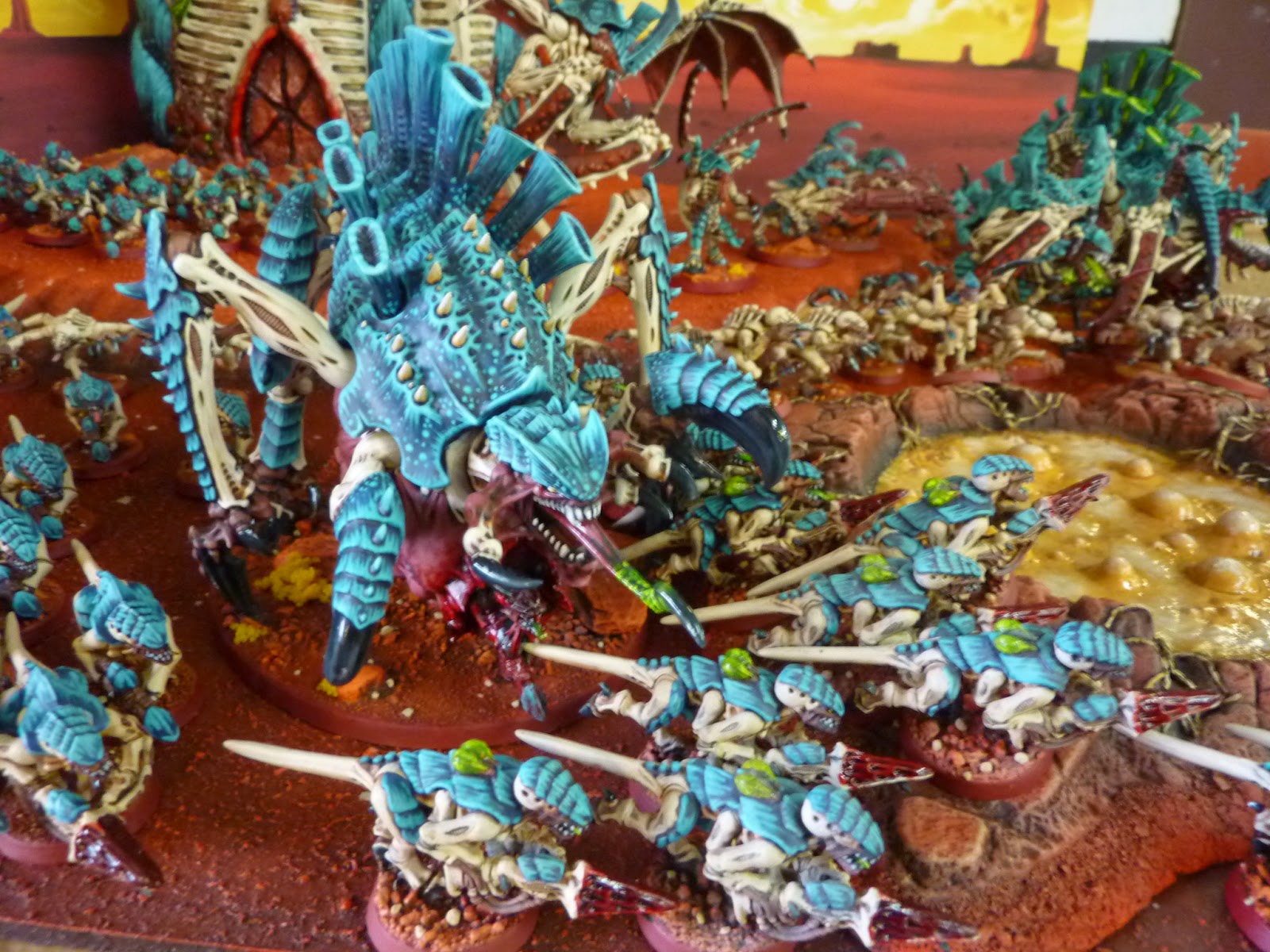 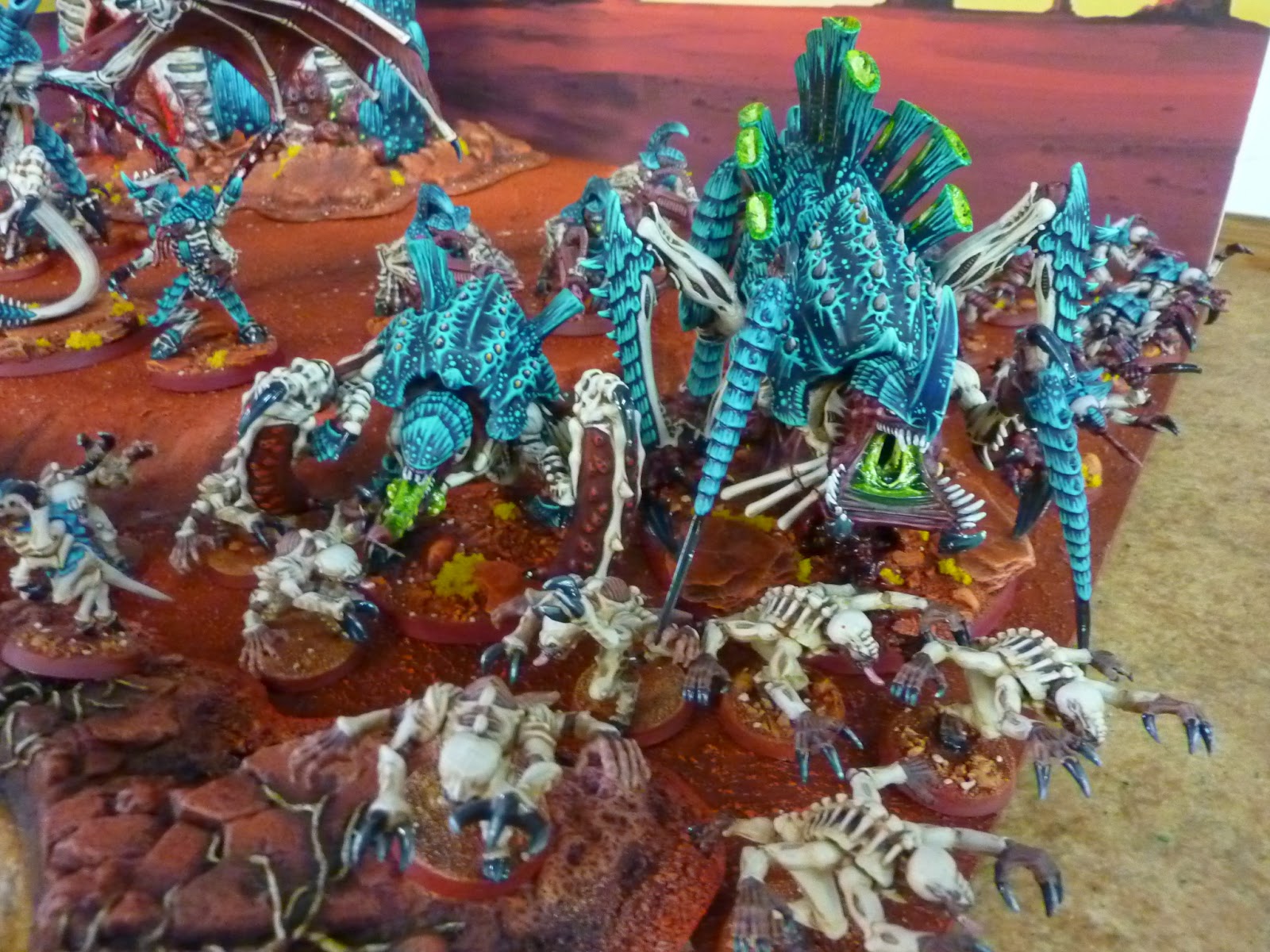 The overall winner with that whopping share of the votes was Liam Ainscough who added Best Army to his Wooden Spoon and raffle prize! Please note the Tantalus wasn't strictly part of his army but I'd allowed him to display it. 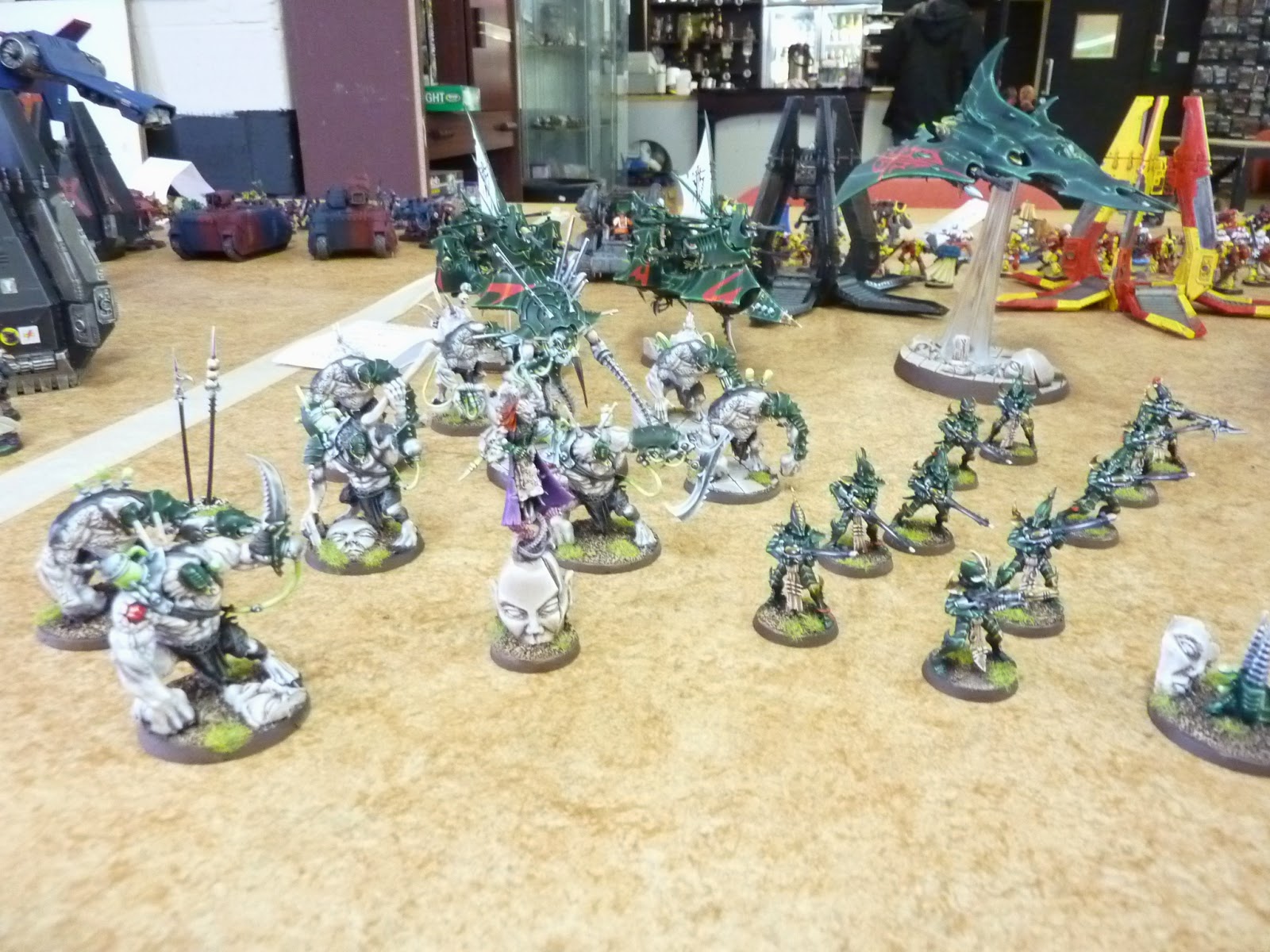 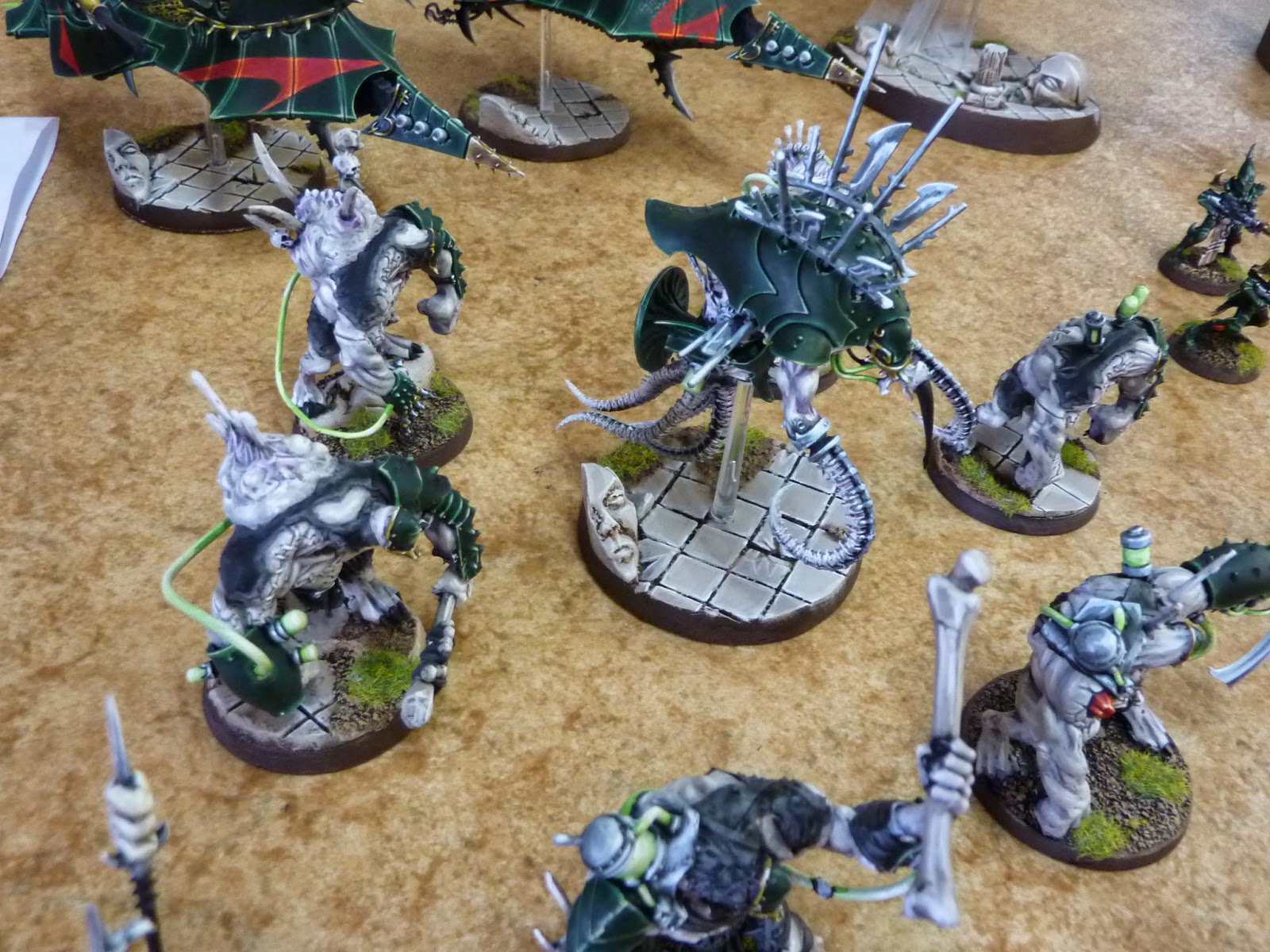 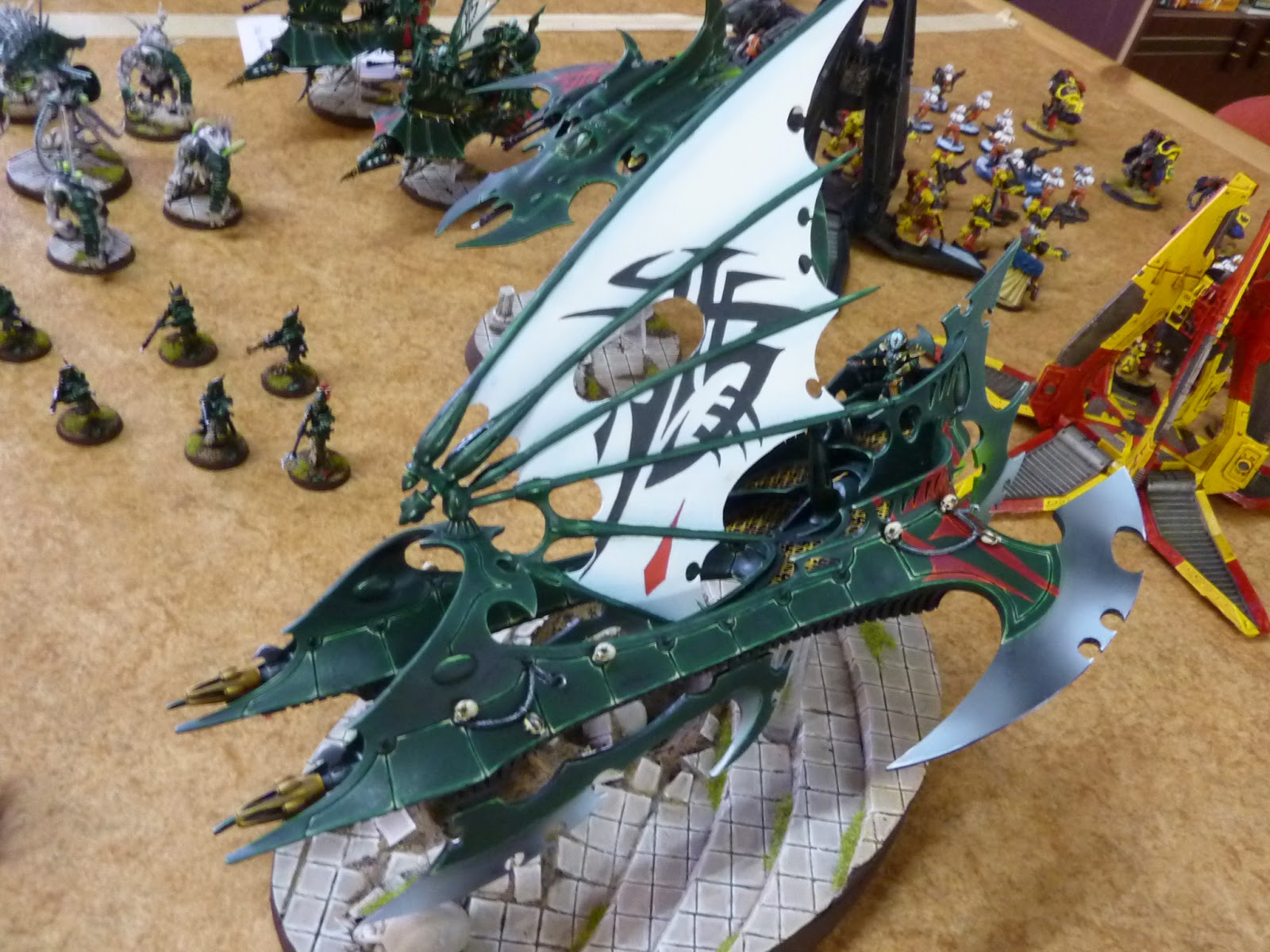 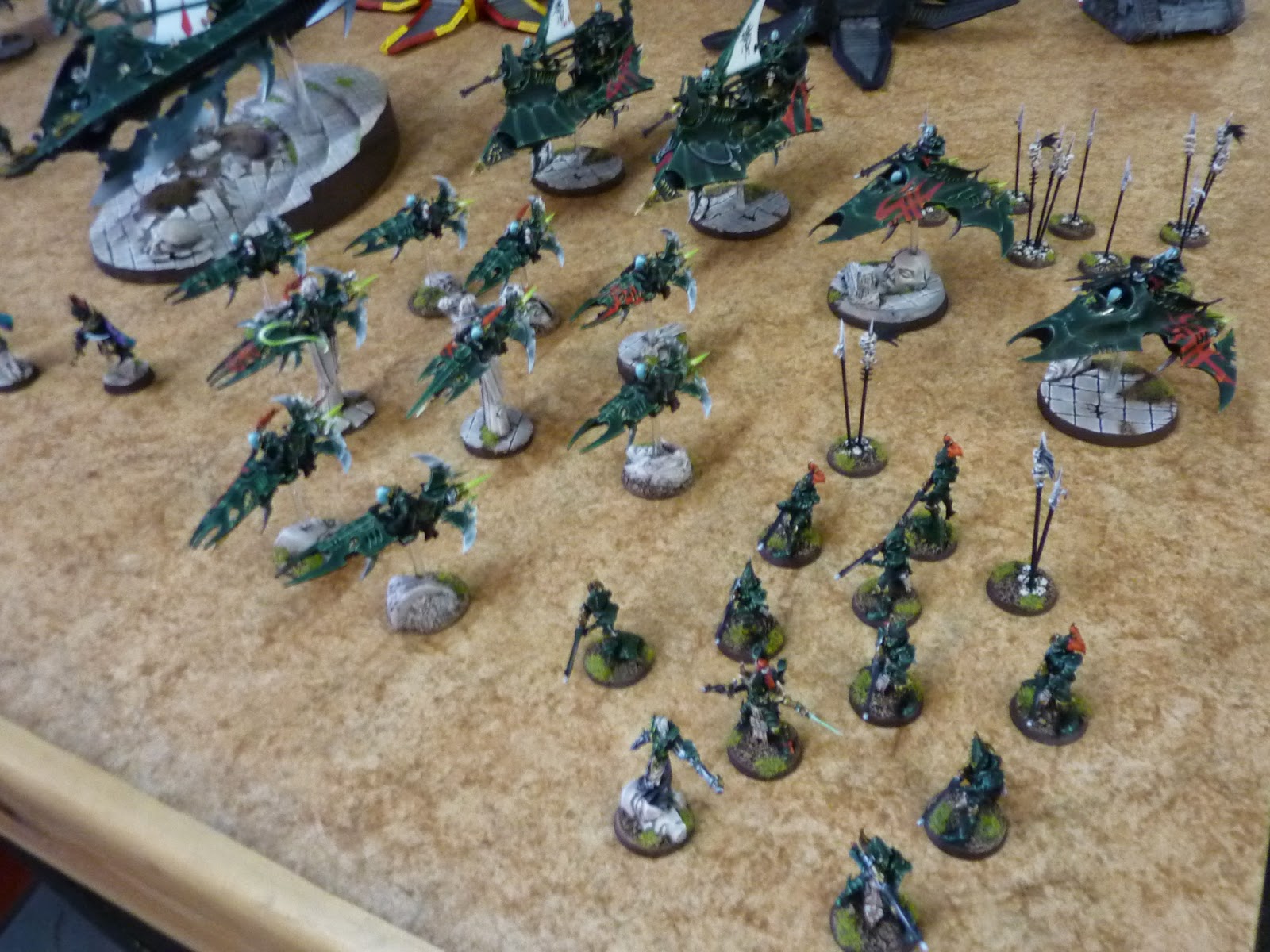 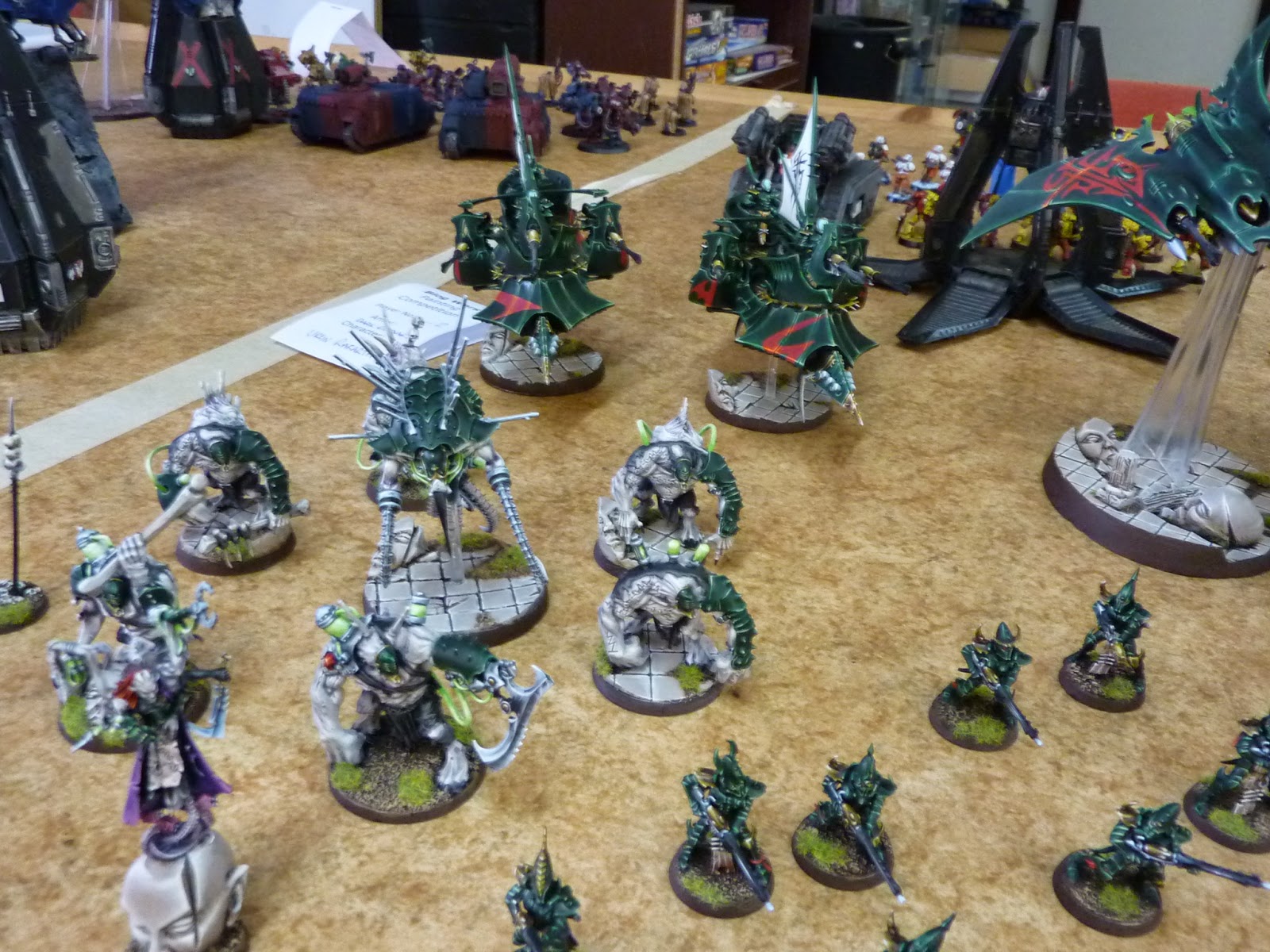 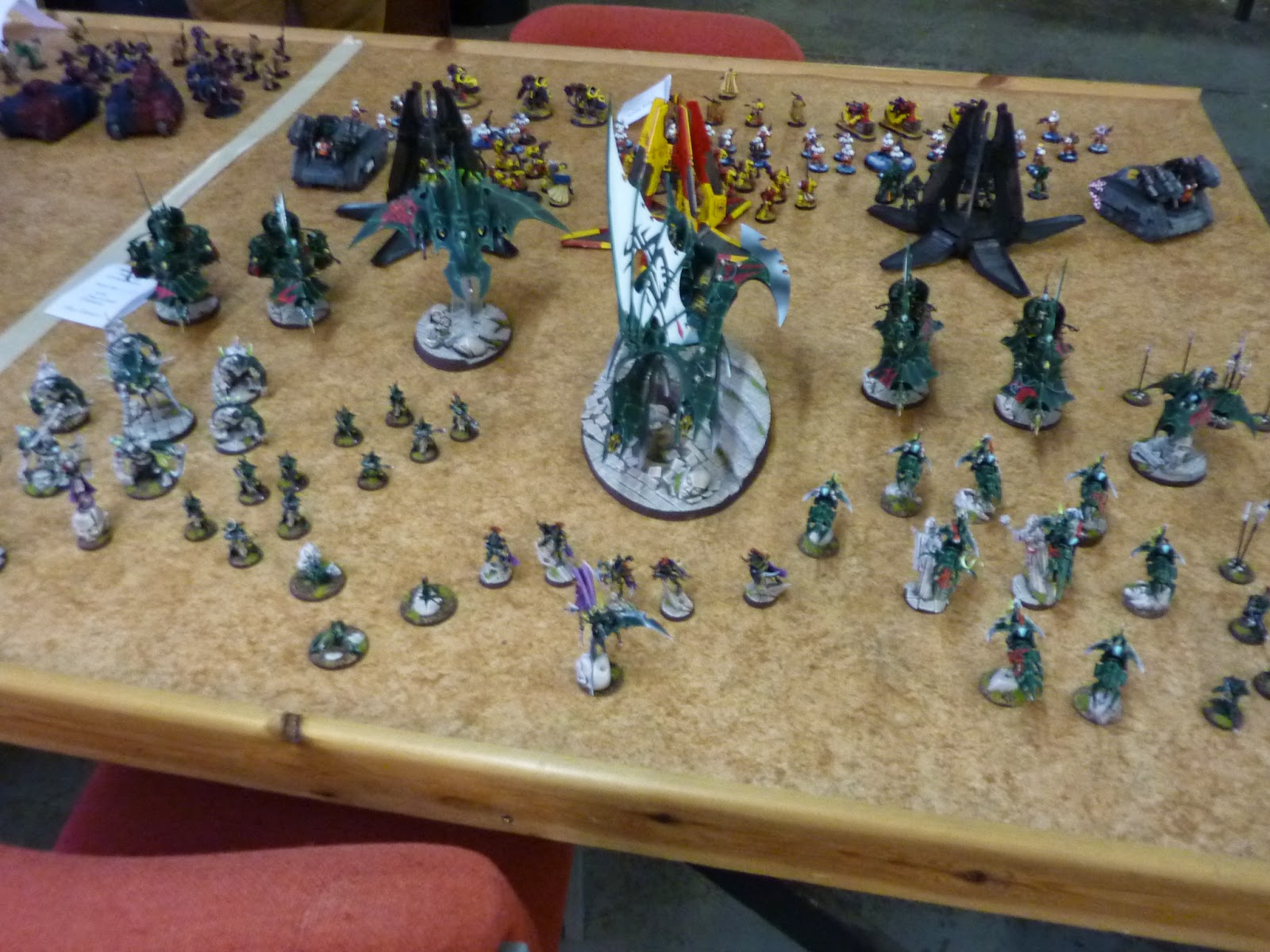 Here's a few shots of the best of the rest: 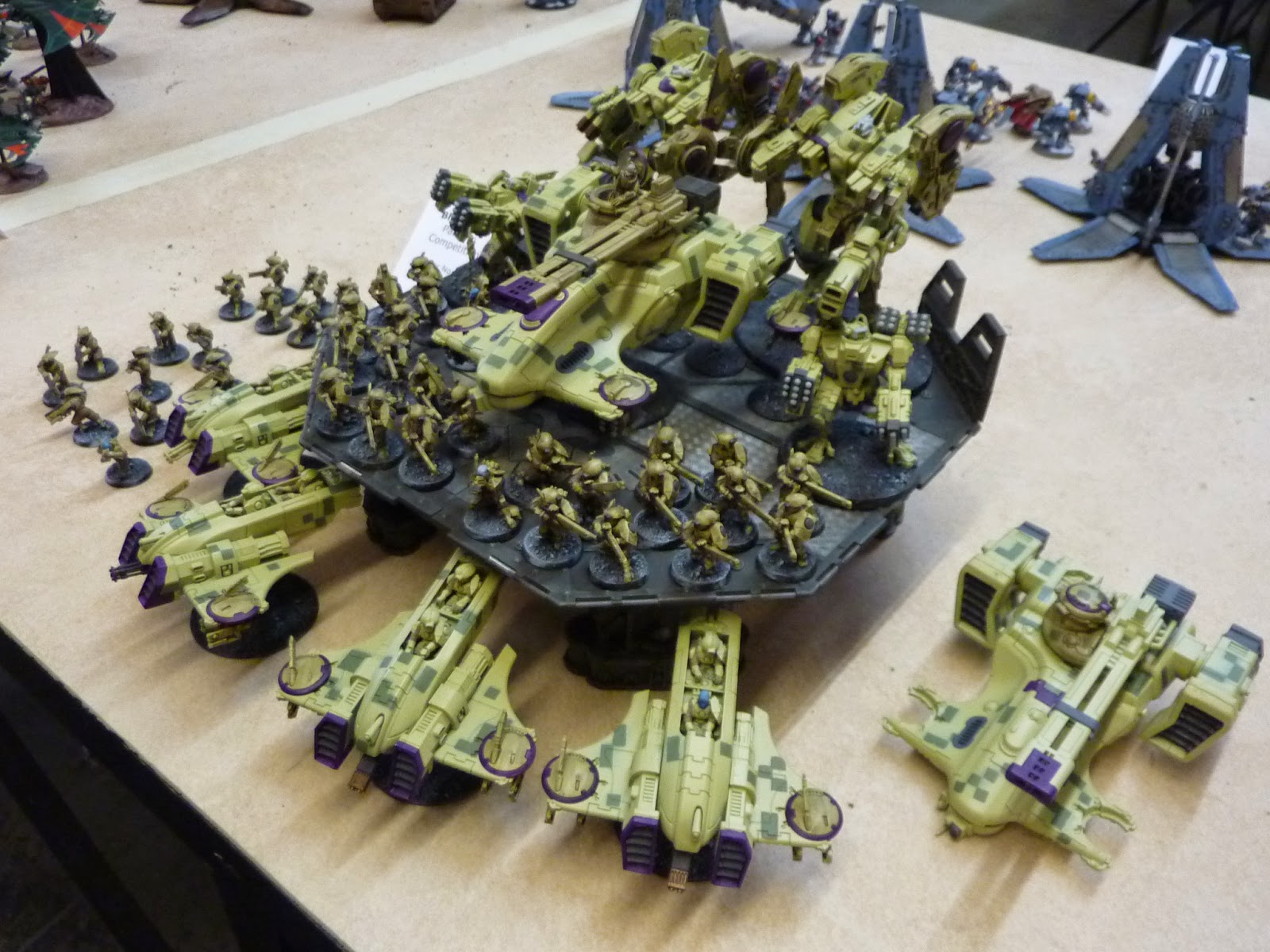 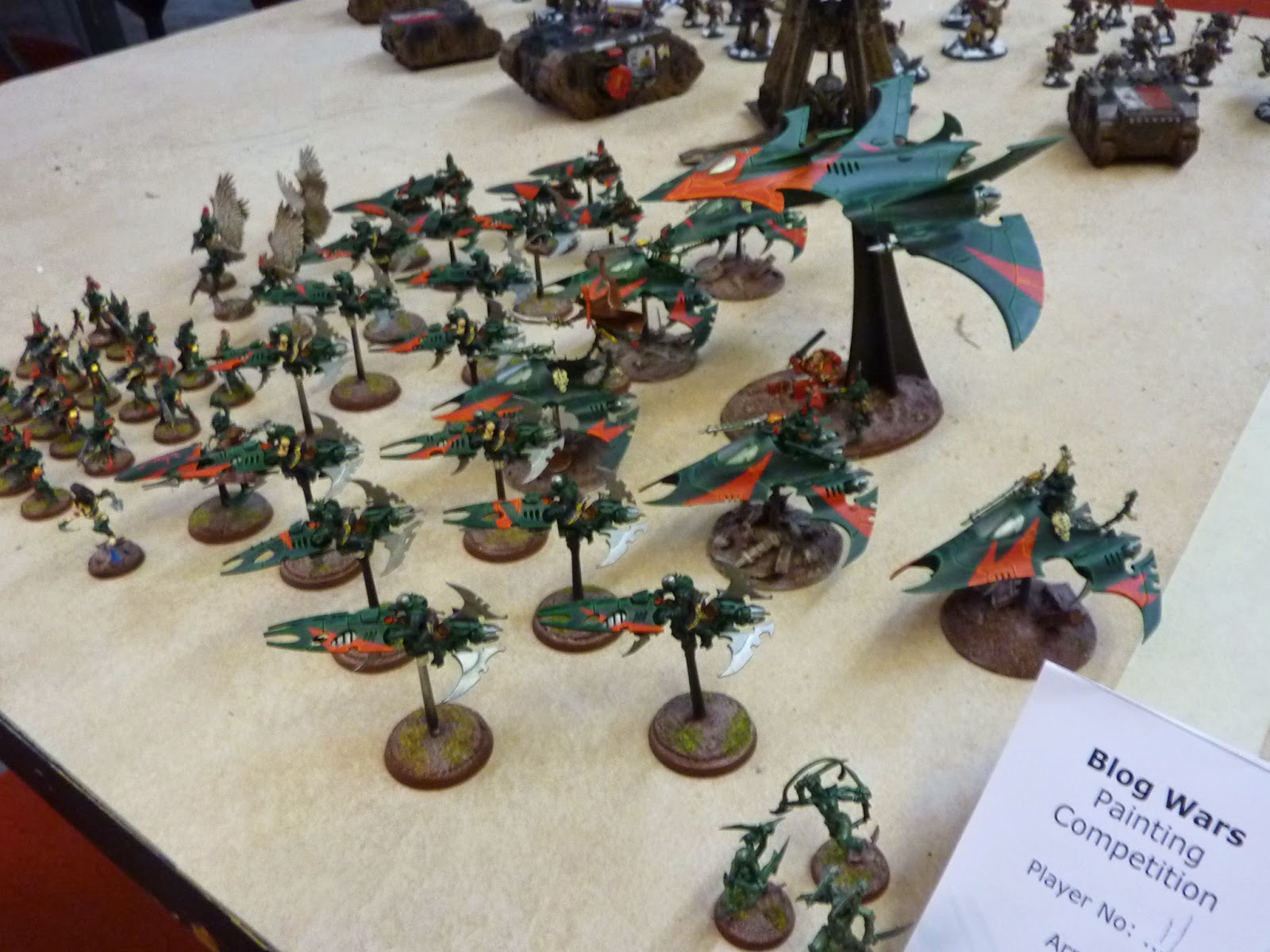 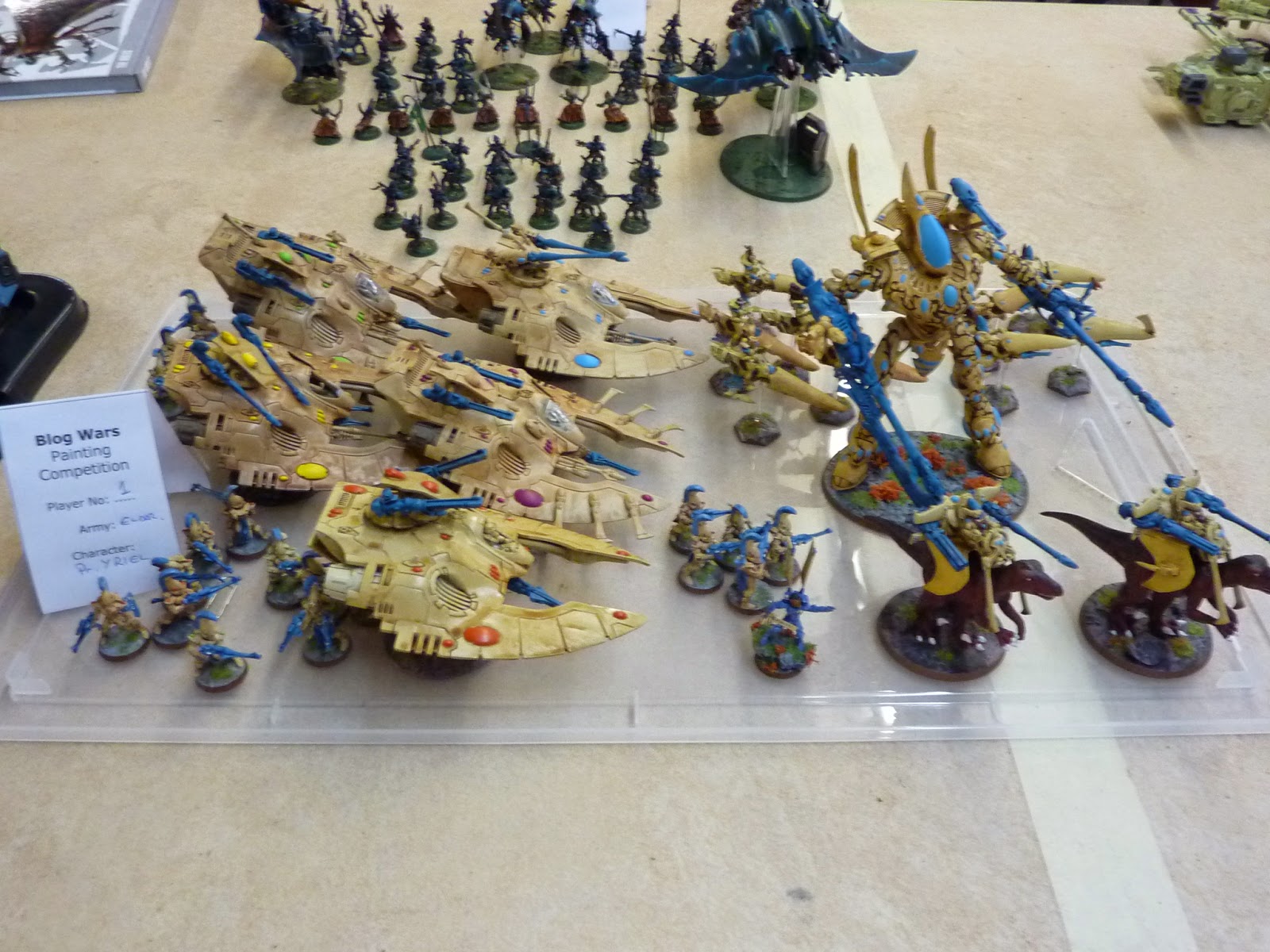 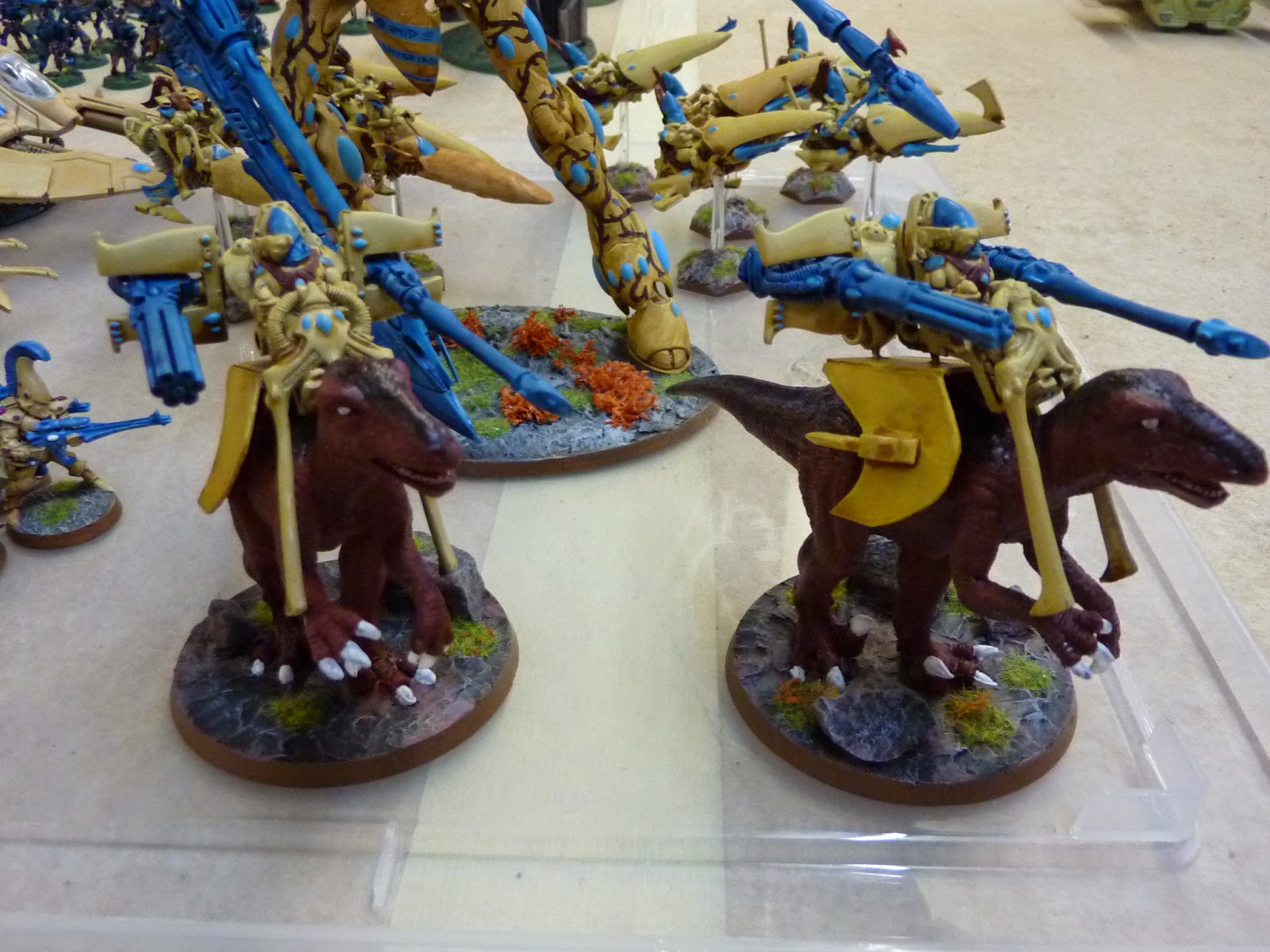 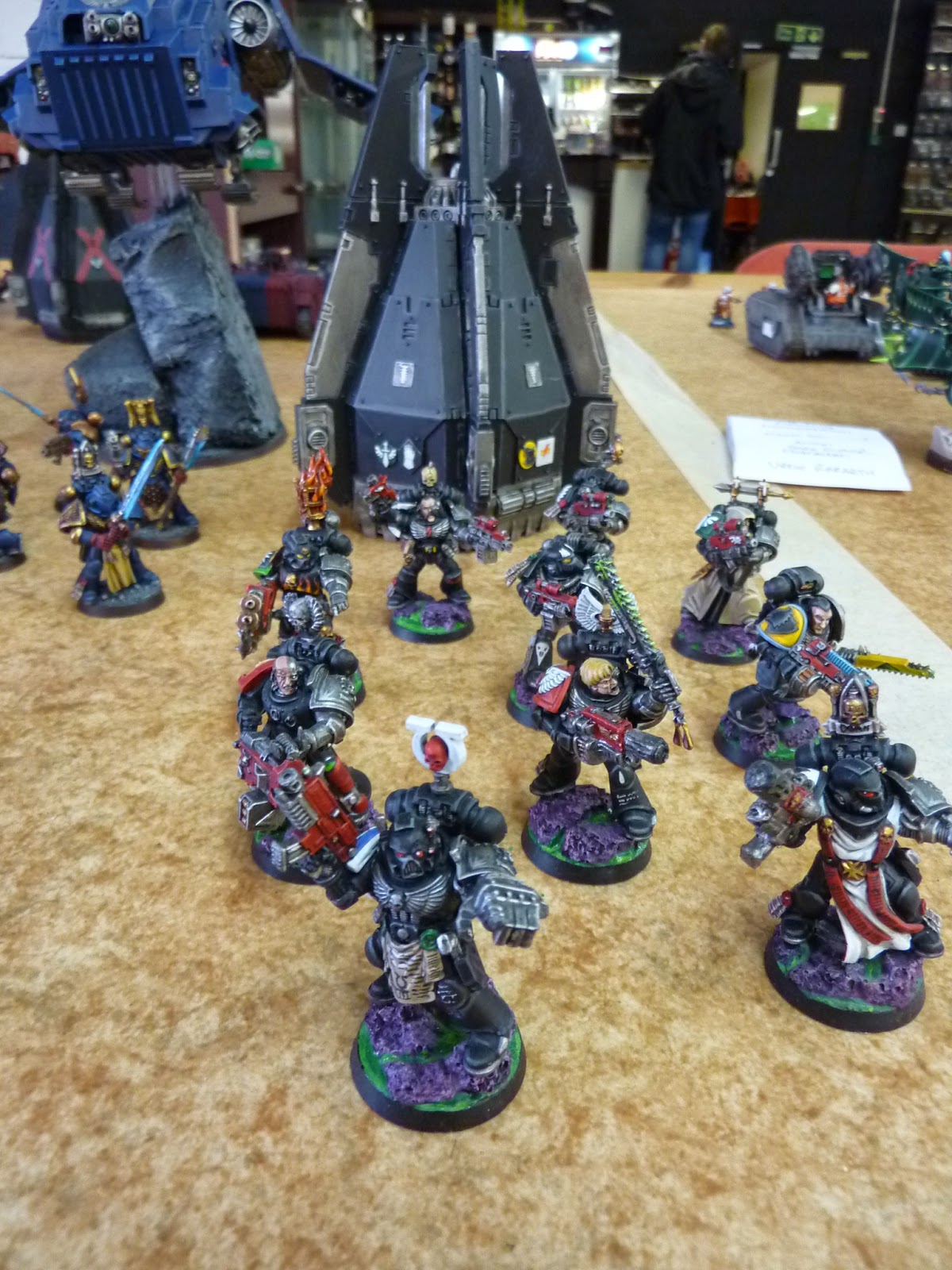 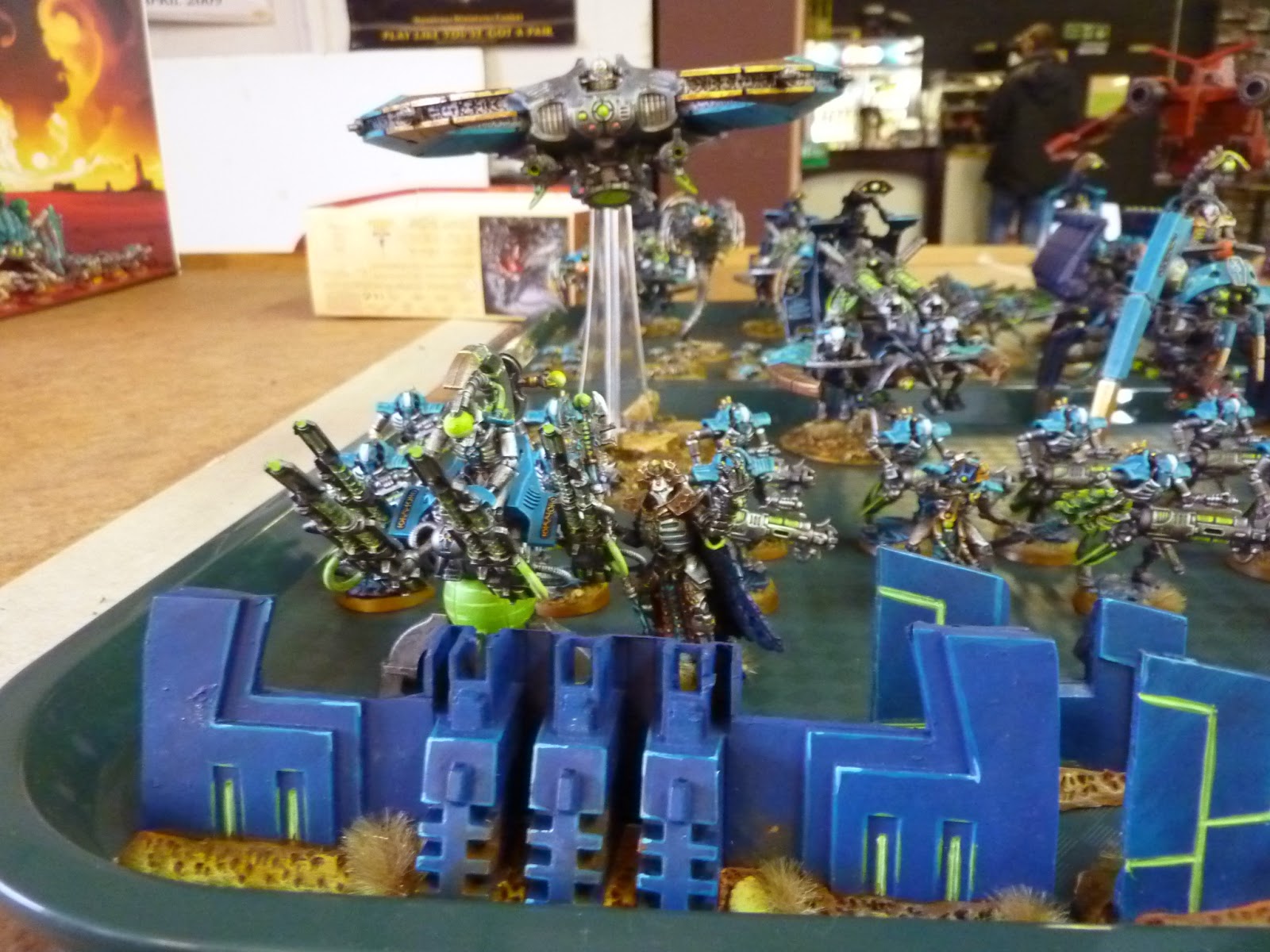 Best Painted Special Character
Once again the winner of this took a huge share of the votes but there were several different characters that got a single vote each. Here's a quick run through of the runners up (sadly I failed to get a shot of Dave Weston's Deathleaper - apologies): 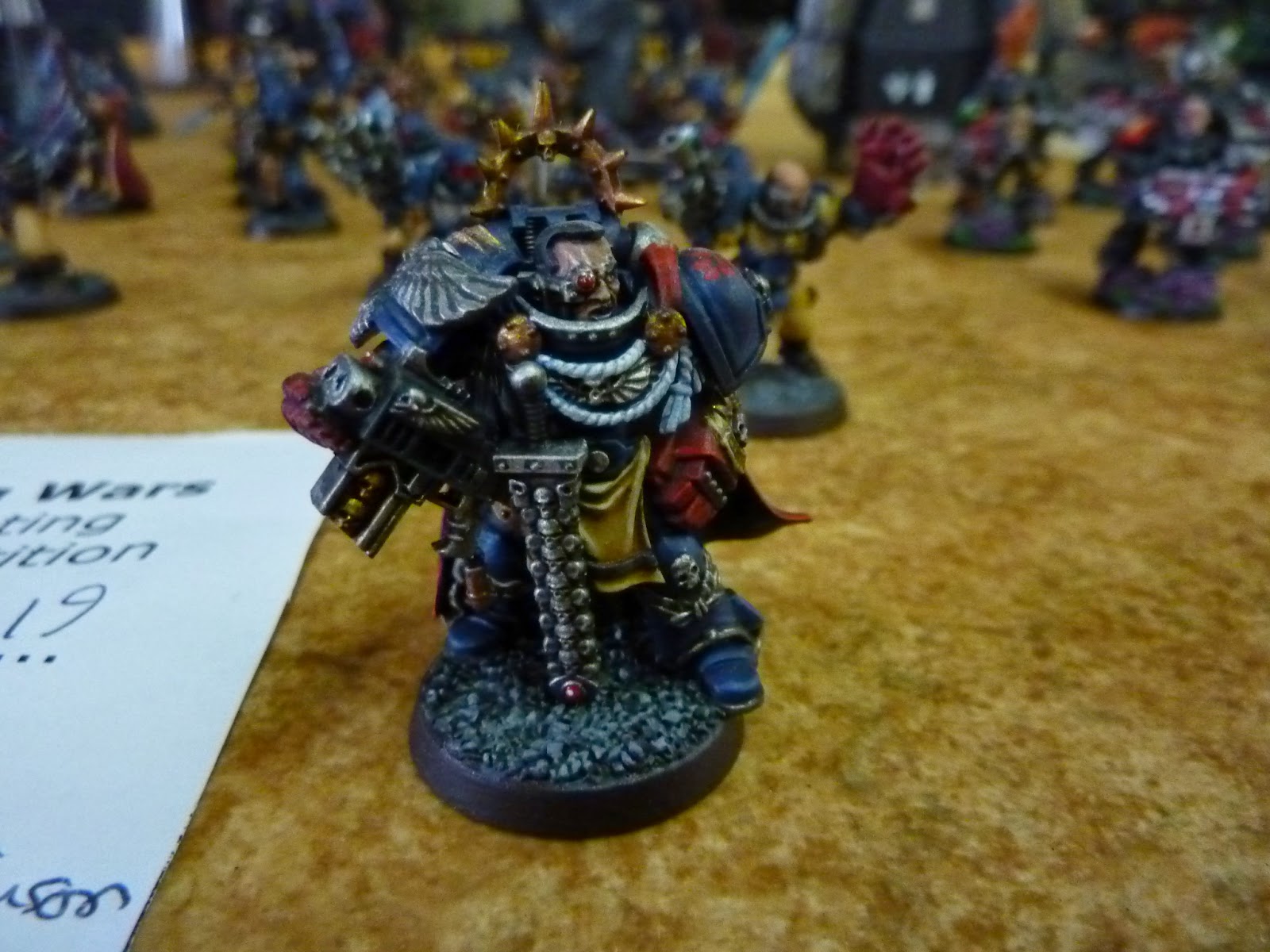 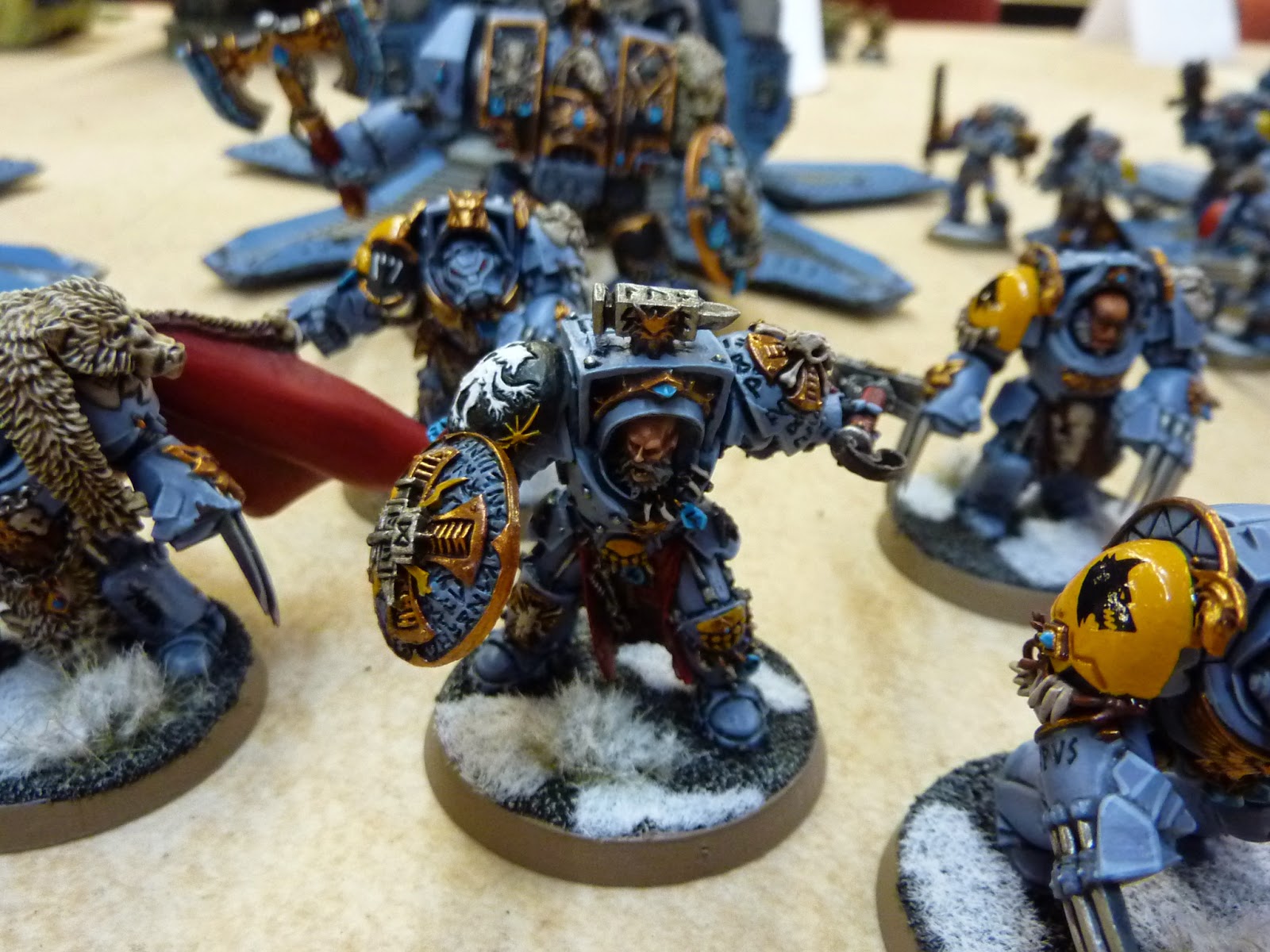 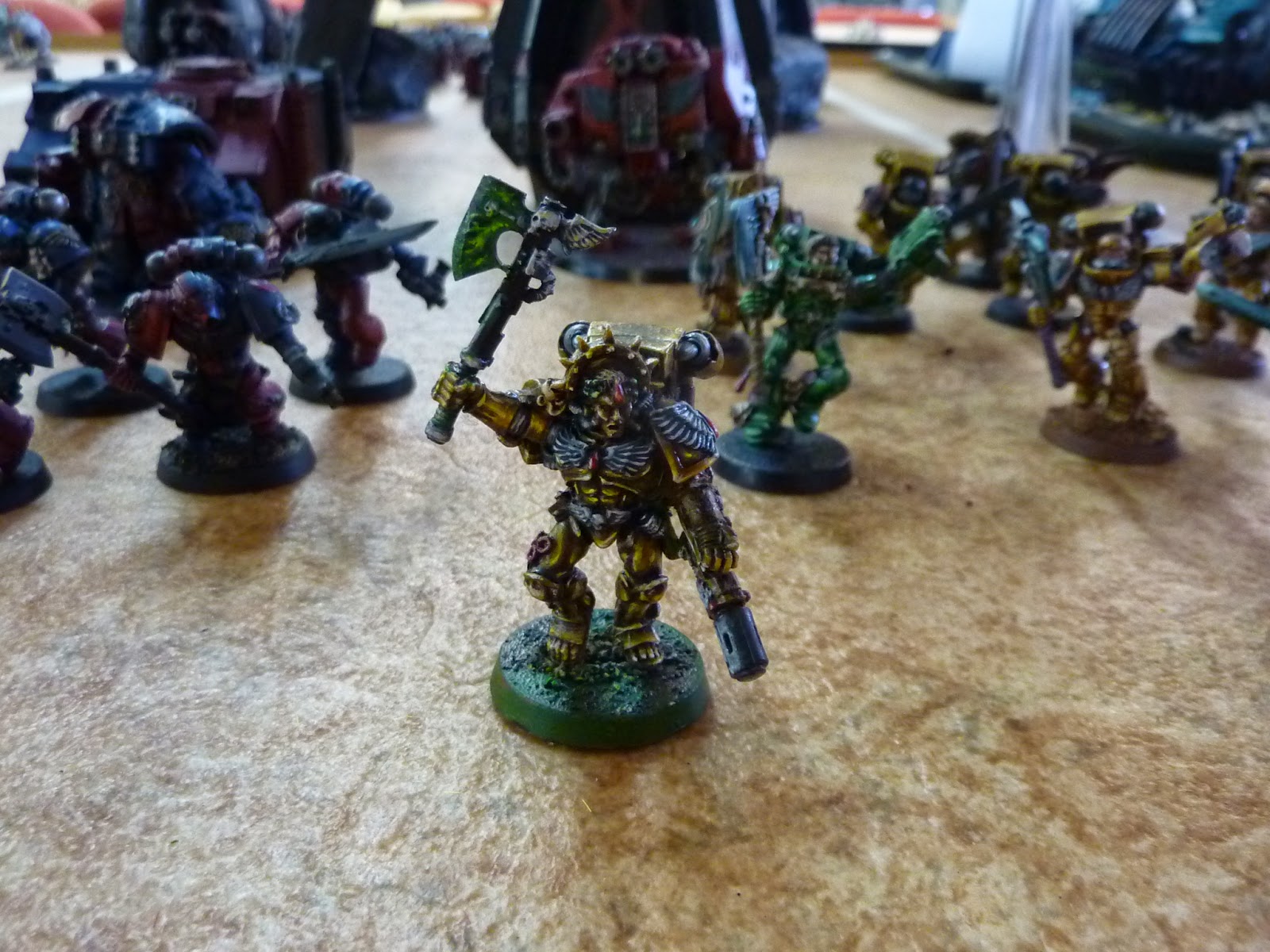 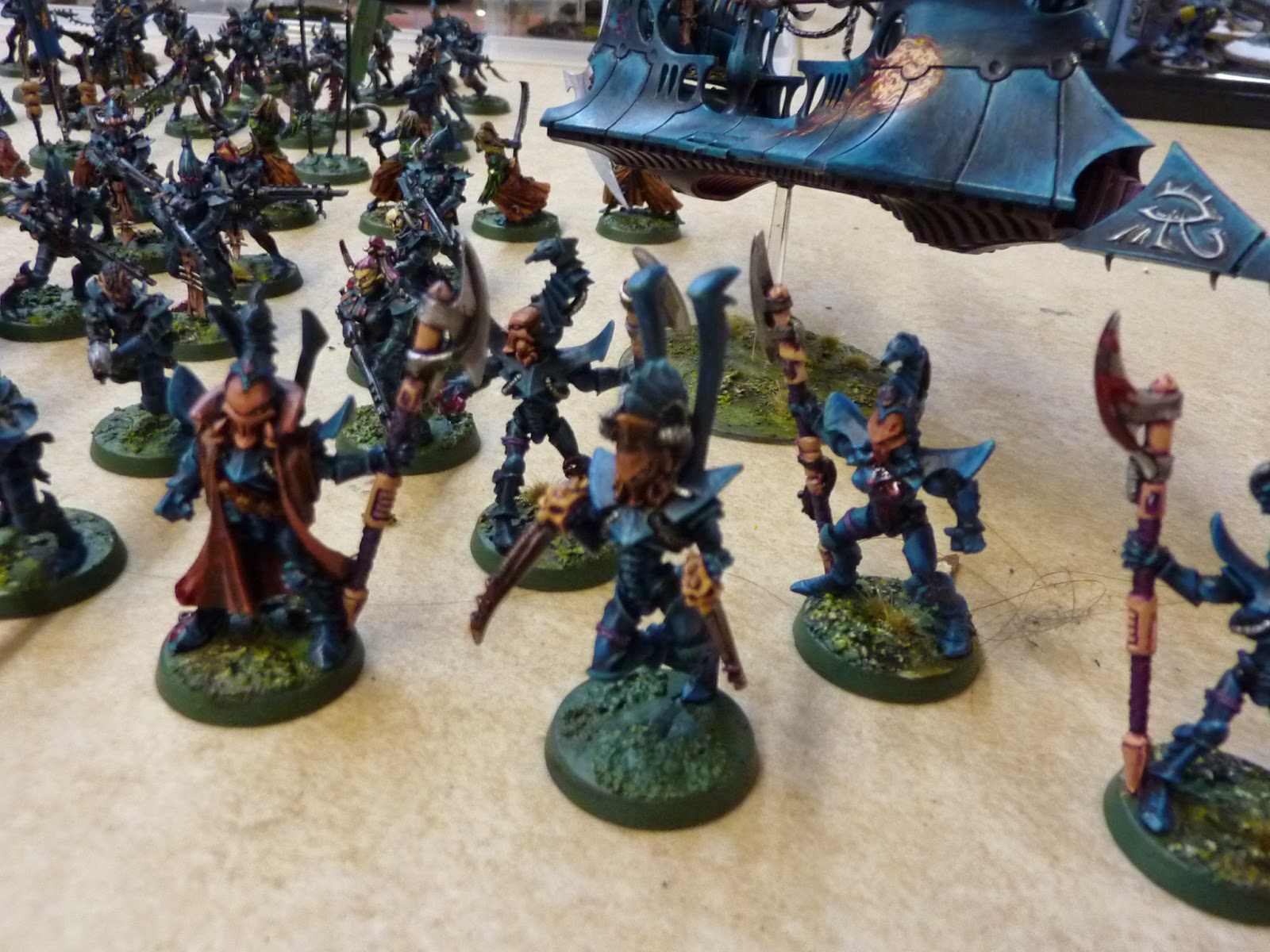 Once again Liam Ainscough took the win with his Urien Rakarth: 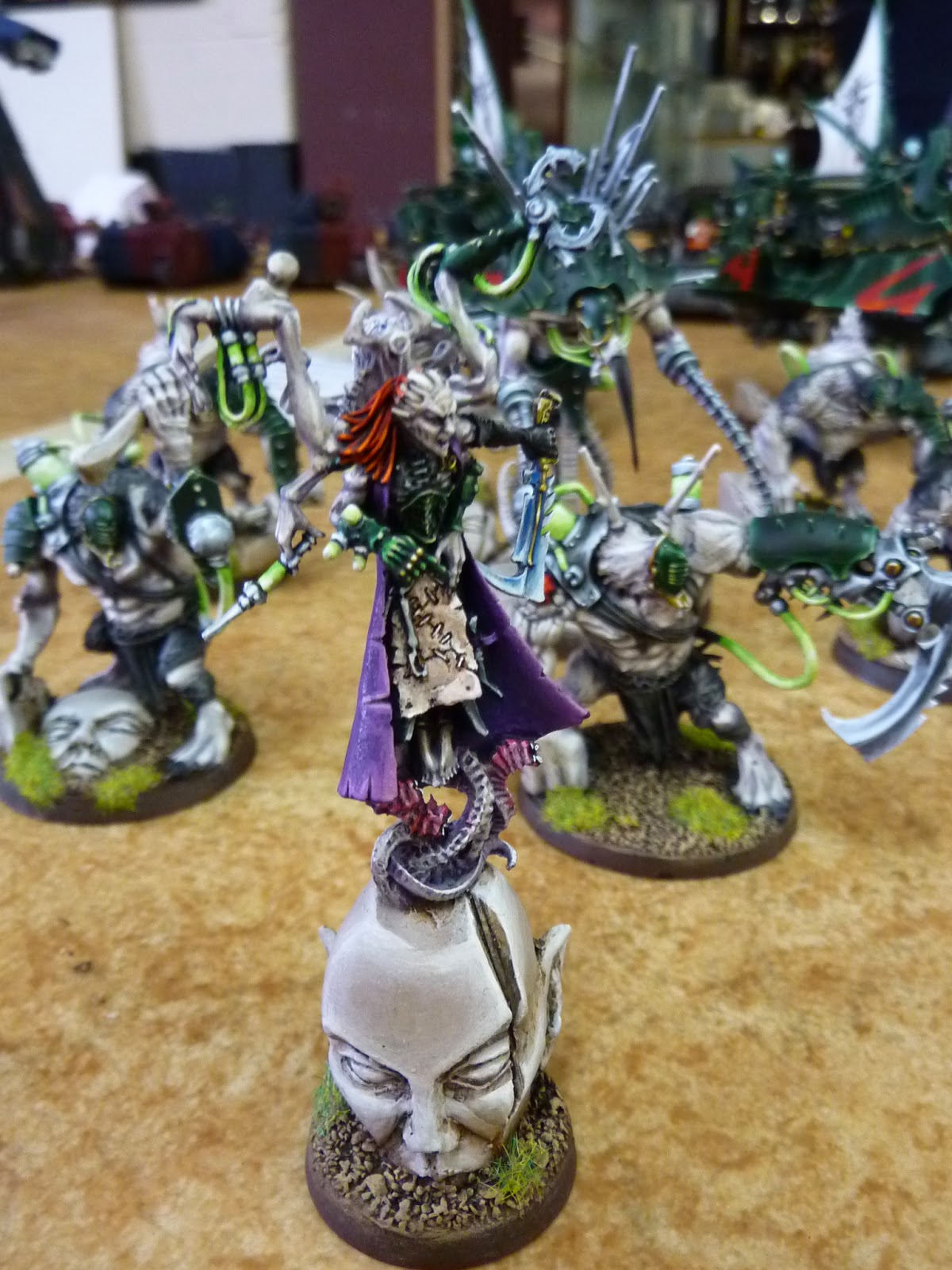 You can see more of Liam's worth on his new blog over at: http://bluewarpstudios.blogspot.co.uk/. Thanks again to everyone who put so much effort into their armies, sorry to those I've missed out here. A big thanks to (nearly) everyone for voting too and showing that we appreciate the other side of the hobby.

Next time around I'm considering a category for best conversion and best theme too.
Posted by From The Fang at 17:00:00