On the Saturday the Battle Brothers organisers run a painting competition for individual models with the full army competition on the Sunday. One of the things I've always liked about the doubles events is that armies have to be fully painted which makes for some great looking battles. This time the Legends competition had very few entries in all but the "Hero of Legend" category which I think is a shame since I'd seen plenty of suitable candidates as I wandered around. Here's a selection from the cabinets.

Beast of Legend
This was the only category we entered using one of our dreadknights. The eventual winner was the minotaur chaos daemon thingy (I really ought to know the name). 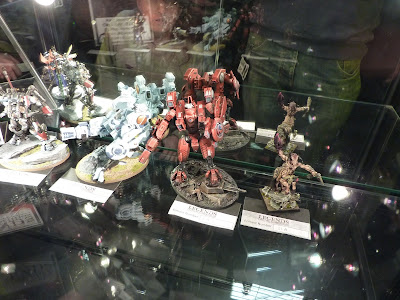 Monument of Legend
There really wasn't many entries in this category and the stand-out piece and eventual winner were these fantastic objective markers. 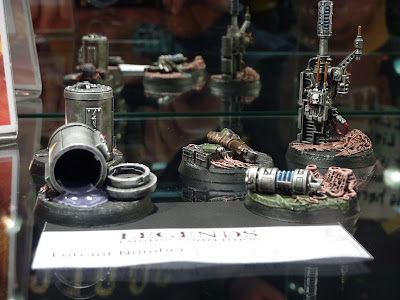 Engine of Legend
Again, very few entries but the winner was the mauler-fiend and deservedly so as the panels were stunningly painted. 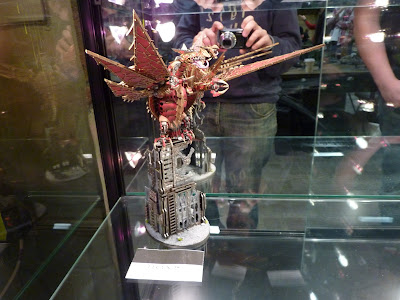 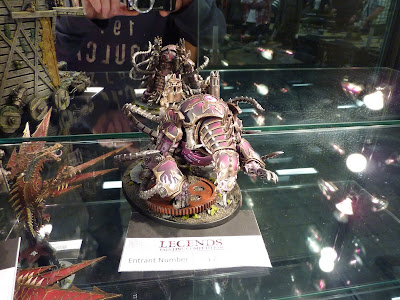 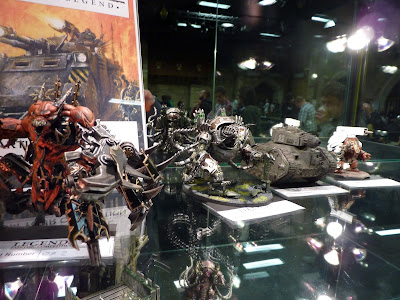 Hero of Legend
By far the busiest category there were several models which would've been worthy winners. My vote went to the assassin model but the overal winner was the Ork pirate warboss which was frankly amazing. 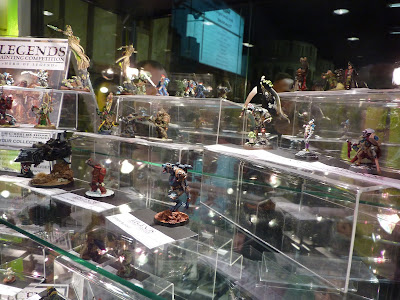 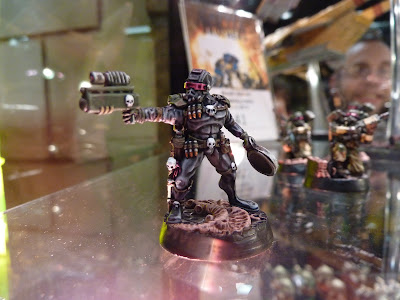 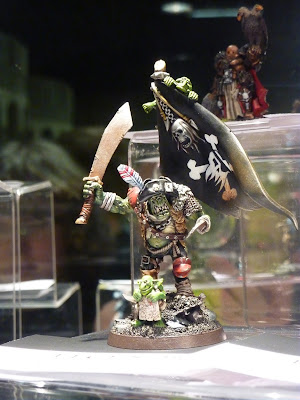 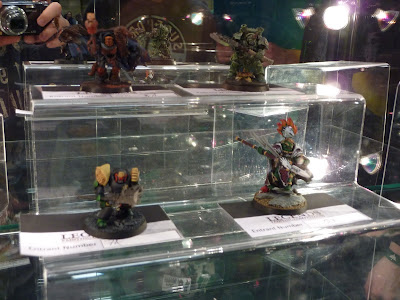 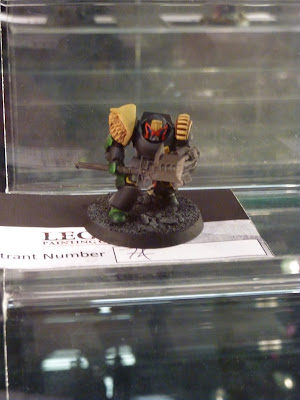 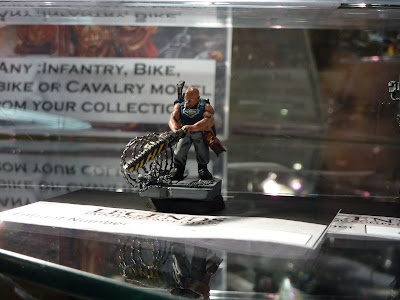