Following on from Monday's post which featured the Best Army and Best Conversions awards, today we'll take a look at the entries in the single miniatures categories namely Best Character and Best Vehicle or Monster.

Best Character Runners Up
First up Ian Plumpton's Cadre Fireblade. It's a shame Ian didn't have his Stormsurge ready for the monster category since he won it at one of my previous events but nonetheless there's clearly a lot of time put into a comparatively small model: 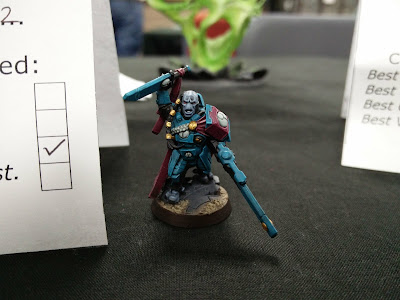 In second place with a single vote more than Ian was Cal Goodger's Iron Warriors Daemon Prince. I had the pleasure of playing Cal in my final game of the day so come back and check out the battle report for more pictures of his force: 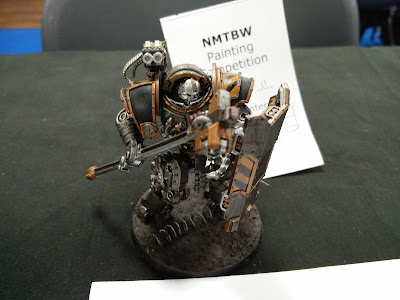 Best Character - Winner
Liam could've ligitimately entered his Mortarion into the best Monster Category or even Best Conversions but it's models like this that make me glad I limit players to a single category. He'd certainly have swept the board otherwise and, whilst well deserved, I think it's better to encourage more people to enter. Anyway, I'm sure you'll agree that Liam has created something stunning with his Morty. At some point I'll have to get on and paint my Grotesques that I commissioned Liam to build. Anyway, here's the big guy: 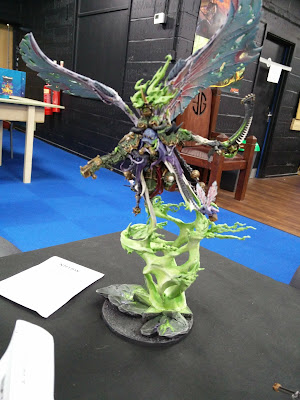 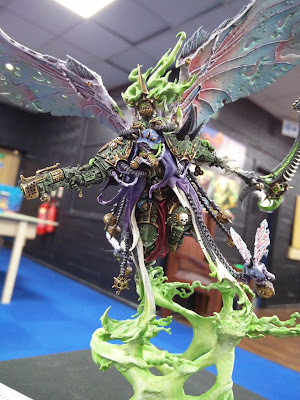 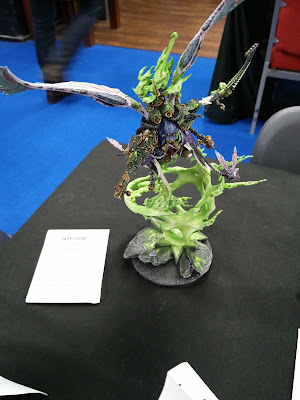 Best Vehicle or Monster Runners Up
First up, Tom Capper's Blood Angels Cerberus. Note that as this is a Forge World model it wasn't legal at the event but I saw no reason not to allow him to enter into the painting competition: 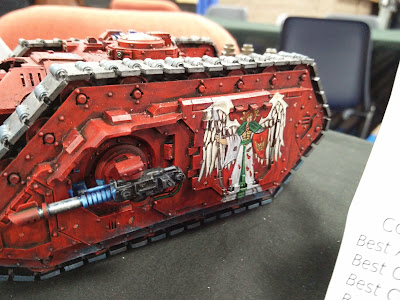 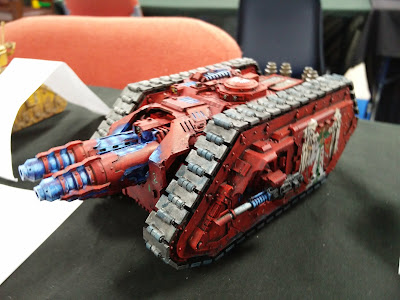 My personal favourite was Jonathan Lyness' Traitor Knight which closer followed the artwork from the Renegade boxed set from GW: 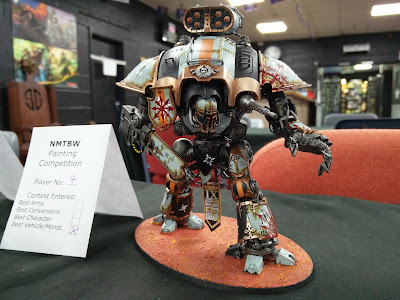 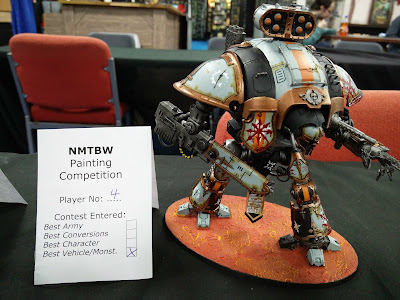 Particularly interesting for me was Keith Duncan's Ryza Onager Dunecrawler as if I ever create an Ad Mech force it'd also be in the Ryza scheme to match my Knights: 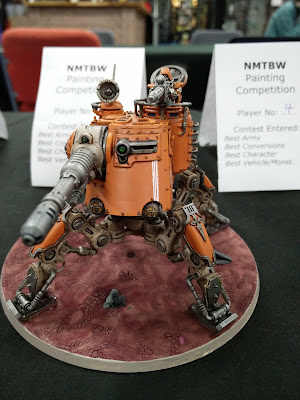 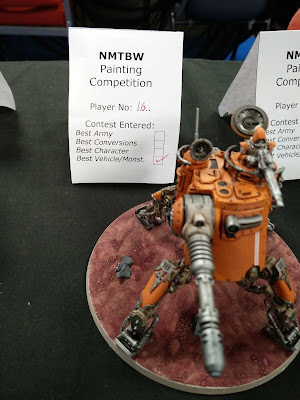 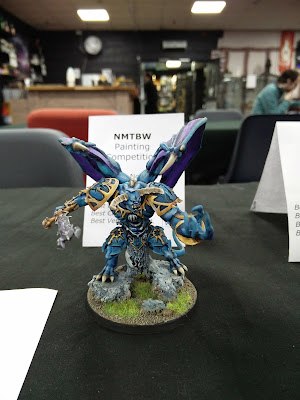 Best Vehicle or Monster Winner
In what was almost a three way tie with Jonathan Lyness and Keith Duncan, Ben Houghton managed to win the category by a single vote when I figured out that someone had written the number down wrong and voted for Matt Calow who hadn't even entered! Anyway, Ben's Vanquisher was a worthy winner although again my photos don't do it justice: 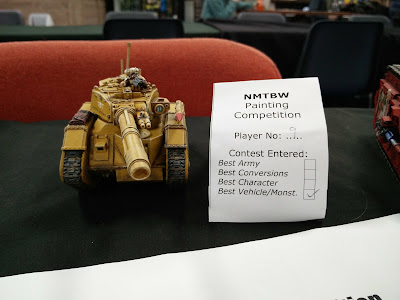 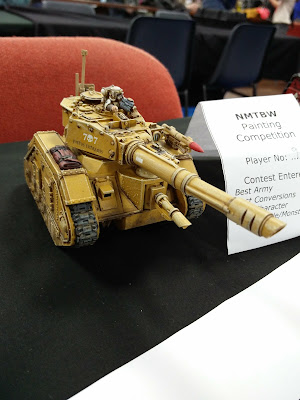 Right, that's it for the painting competition. Inspiring as ever and it makes me determined to finally paint a force that I'd feel proud to display. Obviously I'll have to find another event to do so though....
Posted by From The Fang at 17:00:00