I may not have posted in a while but I have been busy nonetheless. Work continues on the conversion of my garage into a gaming/hobby space. It's difficult to make great strides when I'm only getting to work on it sporadically but I've managed to get another couple of sessions in with my Dad so there has been progress. 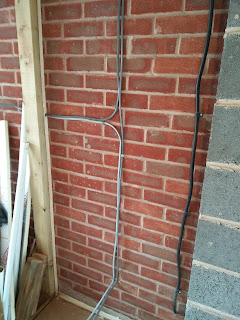 Fortunately my garage already has power and lighting so we were able to create a new ring main from the existing breaker. We put the wiring in before the plasterboard went up so there'll be no unsightly trunking. There'll be four sockets in the room plus a fifth in the residual garage to plug the lawnmower, etc into. 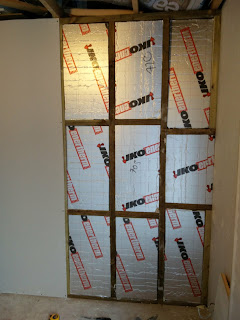 The dividing wall between the room and the residual bit of the garage got some 50 mm insulation before screwing up a couple of 2400 x 1200 mm plasterboards on the room side. On the other side two 2400 x 1200 mm sheets of 25 mm insulation cover the entire wall before some plywood was screwed in place to hold the insulation up and generally make things look tidier. I don't have any shots of it from the other side of the wall but I'll take some once the whole project is finished so you can see what I'm left with. 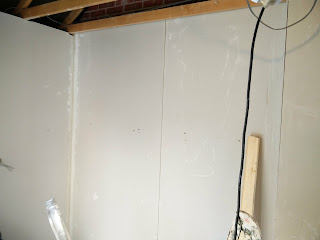 The walls inside the room part of the garage were all covered in insulated plasterboard which is 50 mm insulation glued to 10 mm plasterboard. This was simply glued to the wall and held in place with a couple of screws whilst it dries. The joints and screw holes were all filled but will need to be sanded down before painting. It was all a bit fiddly around the two buttresses but hopefully it'll look neat enough in the end. I'm not going to bother skimming the walls as neither me or my Dad are skilled plasterers and it's just a garage after all! 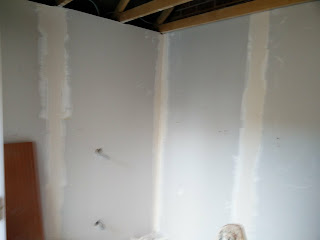 On our next session my Dad installed all of the sockets whilst I was clearing out the front of the garage and installing shelving and various brackets to try and store things like the lawn mower and my bike. There's still some crap in there but hopefully Gumtree/eBay will sort that out. 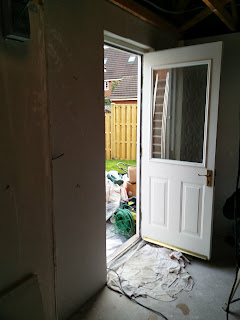 At the moment, the only natural light in the new room comes from the half glazed door. Obviously that needs sorting out. You can see from the pictures below that the lighting in there needs upgrading too. 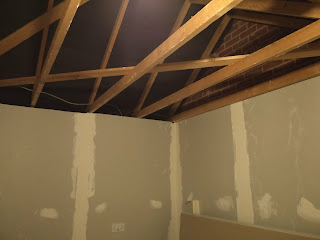 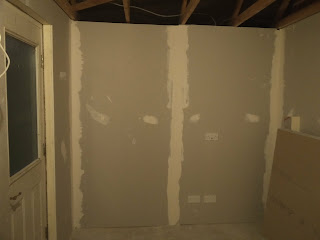 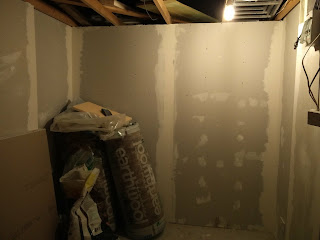 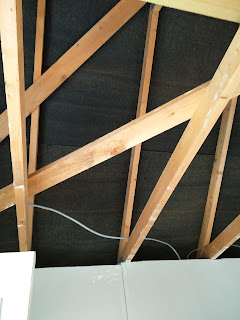 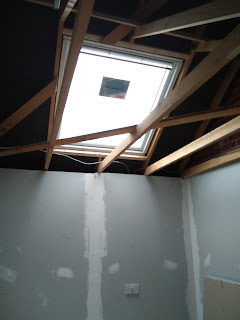 A whopping one metre square velux window should sort that out nicely!  I'm going to remove the central ceiling joist back to the centre of the room to create a skylight. It'll be more obvious what I'm talking about when I've done it though so that can wait until I post when the ceiling is done.

There's still quite a lot of work to be done here. We've got to board and insulate the ceiling as I said. Before we do that we need to sort the wiring out for the lights too. We need to tidy up the plasterboard around the door to make that look neater. Once we've done that the room is essentially finished so it'll be a case of decorating and furnishing it. I'm not going for anything too flashy here. It'll likely be magnolia walls! I'm scouring eBay/Gumtree to try and get hold of some Karndean flooring for cheap, ideally someone who's bought too many packs and is selling the excess off cheap.

I'll then be installing some kitchen units for storage. There'll be a bank of units down the back wall and a couple of units that will be on wheels and act as the support for the gaming table. I was bored last night so did a quick mock up... 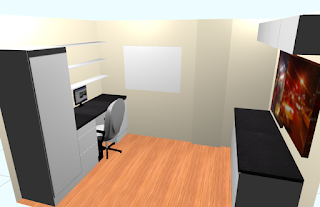 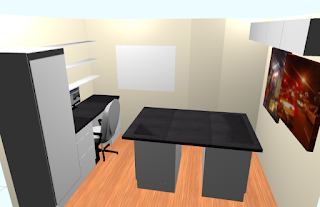 Not sure how well these pictures get across how little space there'll be around the table but should be enough! Won't be making any more progress until new year's eve at the earliest but hoping to have it ready very early next year. I had hoped to be ready before Christmas but the main delay was waiting for the Velux to be installed. What do you think so far?