Another short post for a fairly short section. It's pretty clear already that BA lists will be dominated by Elites choices which is echoed in the Baal detachment. 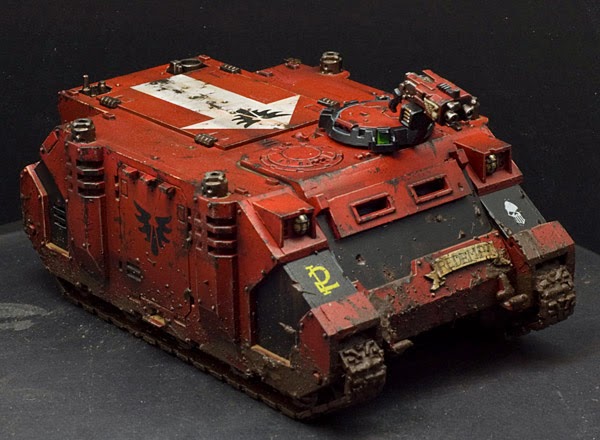 Rhino and Razorback
These are both fast vehicles and get it for only 10 points more than the regular Space Marine version. This is great and makes these transports much more useful in my opinion. If you run them as dedicated transports for Troops in a Combined Arms Detachment then they gain Objective Secured which makes them very annoying for your opponent as they zip around the board controlling and contesting objectives. Even if they aren't Objective Secured, they are still much better as they can deliver carry units across the battlefield faster and can still go on to claim hard to reach objectives due to their speed. Rhinos are really quite durable these days and I have often found them surviving far longer than you expect them too in more recent games. Also due to being fast, BA Razorbacks can be used as fairly effective mobile gun platforms with twice the move distance before firing.

Drop Pod
My favourite thing in this section. Being able to take these empty is great, it means you can put whatever you want into it, from any Armies of the Imperium codex (as long as it fits).

Assault Squad
I was one of the many people who were bitterly disappointed to see that assault squads weren't in the Troops section. However it's not all bad for this unit. They get more special weapon options than regular marine assault units, such as meltaguns and plasmaguns and they can still take 2 special weapons no matter the size of the unit. So many people will see this as an opportunity to put a 5 man unit into a drop pod (for free as they lose their jump packs) with 2 meltaguns and a sergeant with 2 melta pistols for a total of 4 melta shots! 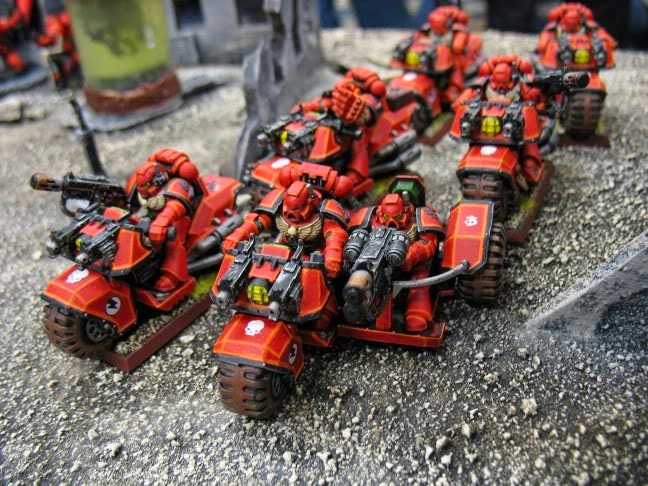 They could also be used in a similar way with their jump packs on in a jump themed army they could run around with a few meltaguns trying to blow things up. Otherwise the jump assault units in the Elites section are just so much better in close combat, that this unit really isn't worth considering for that role.

Bike Squads
Everyone knows how good these can be with a load of grav guns and they are just as good here. I personally don't like bike armies, partly because everyone runs them at tournaments and partly because Space Marines on motorbikes is just a bit weird.

Two more posts to go then to wrap the review up. I'll be interrupting it again briefly to review the year and write up my hobby resolutions for the new one.
Posted by From The Fang at 17:00:00