Welcome back to the Blood Angels codex review. In this second guest post, Matt will start to look at the units in the new BA book beginning with the HQ section. Since this is a pretty meaty portion of the book Matt has decided to split it into two posts with part 2 coming later in the week. I hope you enjoy...

Captain
No-one runs SM Captains generally. I think it's because they don't benefit the rest of the army in any way and Chapter Masters are a better choice if running regular marines. I think that the same is true here, there are better HQ options and I can't think of a good reason to run a Captain over one of the special characters or a Librarian/Priest. Even with the relics they are not that much better in combat than a Librarian or Priest who can also take  relics. 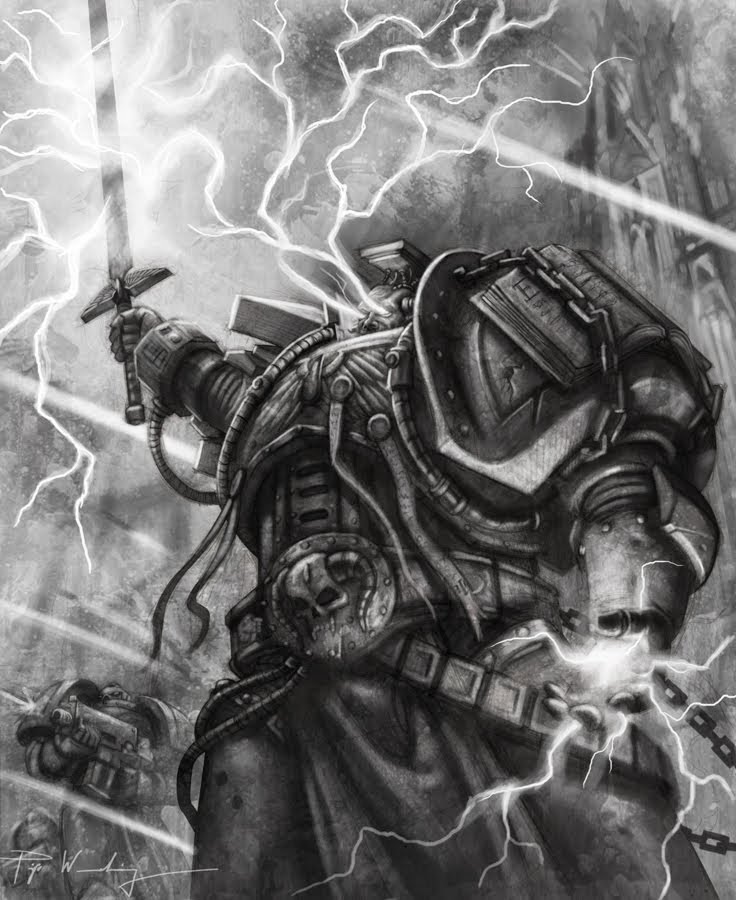 Librarian
These will see some use, especially when run alongside beatstick characters (explained below). The downside is no access to Telepathy and therefore they can't cast, everyone's favourite power, Invisibility. However, the Blood Angel powers themselves are actually pretty good (well half of them are):


I think I will mostly run these just as ML1 with a jump pack to go with a large CC squad and another character to beef up. I think that this is the best option as you can guarantee getting the primaris and so you may as well make use of it and the other power he gets will either make the squad even better in combat or it will give the unit a bit more utility in the form of an offensive ranged attack. 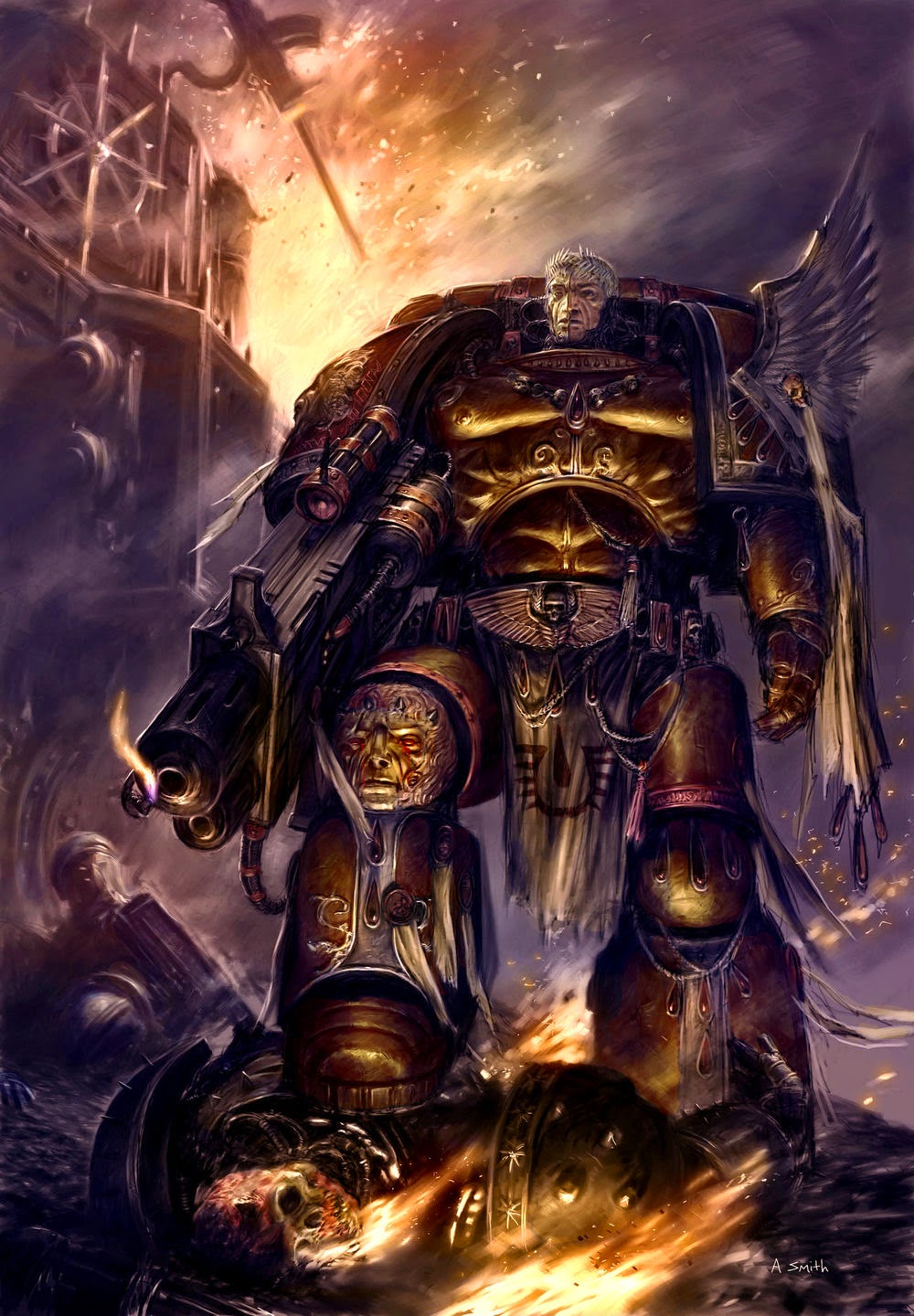 Tycho
What. The. Hell. What kind of Blood Angel Captain goes around without any form of close combat weapon? Especially considering Erasmus Tycho is supposed to be a crazy bastard bloodthirsty killing machine who goes absolutely mental and falls to the black rage, but apparantly doesn't like knives. I don't get it, he's loads of points for a Captain with a one shot long ranged melta, WHAT?

Librarian Dreadnought
I used to love these when they could fly. Not anymore, decent idea but I can't make my mind up about them. I think most of the Sanguinary powers work best when the librarian is in a squad and half the Biomancy powers won't work, you aren't gonna use him to summon Daemons, so that leaves Pyromany which is rubbish or Divination where some of the powers are pretty useless. What also annoys me here is the fact that it gets less attacks than a regular Furioso due to the force halberd not being a specialist weapon and so not giving an extra attack for 2 weapons. I suppose Force is nice for killing MC's and armour 13 is very hard to get through these days in CC due to the changes to the Smash rule. He would still be annihilated by a Wraithknight though, but should take it with him if he charged at initiative 5 due to the Baal detachment, fairly unlikely scenario though. It's a shame but unless you are running a dread heavy list (which this is actually great for as it allows you to have 6 dreads in your detachment) then I think a regular Librarian is a better choice. 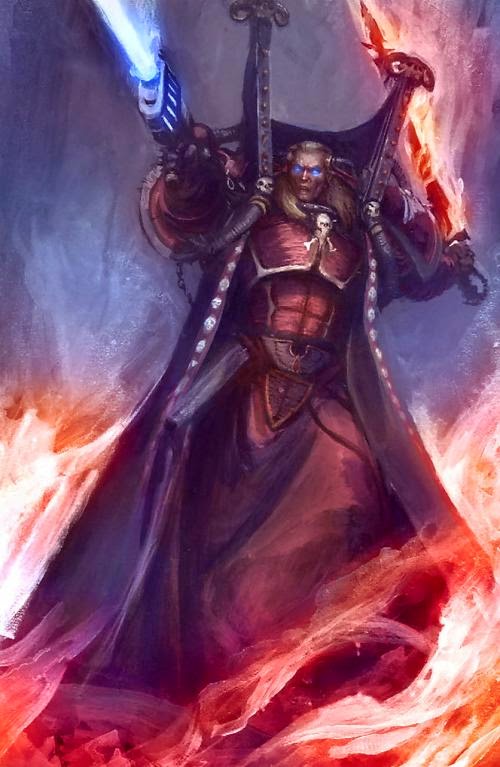 Mephiston
This is my favourite character in 40K, I knew he would get toned down stat-wise but I also thought he would get an AP2 sword, oh well, there is still some good stuff here. He is still an absolute beast and without comparing to how he used to be (which I'm trying not to do remember?) his statline is pretty hefty. The big thing to realise here is that he is an ML3 psyker and he has a statline which rivals many other beatstick characters out there. He still has 6 attacks on the charge and if he takes the Quickening he can boost this up to a potential 9 attacks at initiative 8!! Plus he always has the option of being S10. But if you are going to run him then a much better option is to roll on Biomancy, except for Haemorrhage every power in there is good for Mephi, but obviously what you really want is Iron Srm, this power will give you the old Mephiston back, maybe even better than before with T8 S8 and AP2 attacks. Best scenario is probably Iron arm and Warp Speed if he is protected in a squad, this would make him S10 T8 I8 A8 (9 on charge) and AP2 Force! Nice!!!

Which brings me on to one of his downsides, which is his AP3 sword, but then again that only really matters against Terminators, which lets face it he would struggle against anyway due to his lack of invulnerable save and their abundance of fists and hammers and probably storm shields. Characters and Dreadknights are the only other things that really have 2+ armour and could cause him problems, but don’t forget that his sword is also Force and so one failed save will normally mean instant death, but of course gambling on the fact that your opponent will roll a one is very risky (better to just roll iron arm).

His other downside is his mobility. It is difficult to get him into combat as he is just regular infantry, although he does have Fleet which helps a bit. He is probably best used attached to a decent shooty unit as a counter charge model and gradually moved up to wreck things as the game goes on.


In summary, this guy is still a beast and will make a mess of most units and vehicles in CC, plus he is hard to take down due to being an IC and has the potential to be absolutely ridiculous in combat.

Come back later in the week for the rest of the review of the HQ section and remember that Matt will be working his way through the entire codex over the next few posts. I hope you're enjoying the series so far, don't forget to post comments/queries below.