Since the Elites section is considerably more chunky than the Troops portion of the book, Matt has broken it into two posts. The first today and the next on Boxing Day. This is probably the most important section of the book and even more so when the BA faction detachment lets you take an extra Elite choice. Here goes....

Command Squad
These will definitely see some use in Blood Angel armies. The main reason for this is the fact that the squad comes with a Sanguinary Novitiate who gives the squad Feel No Pain. This means that you do not have to buy a Sanguinary Priest for the unit and can attach an Independent Character so that he also gets FNP. This is not the only reason to run this squad of course, another popular choice will be to equip the 3 Veterans in the unit with dual pistols, this will allow the unit to fire 6 grav, plasma, melta or flame template shots while still retaining the extra bonus attack each for carrying two CC weapons. The other option is to equip them with storm shields which can be very effective against some armies that rely on low AP firepower or low AP melee attacks. Obviously these loudouts come with a price, which is the price, each veteran with 2 pistols or a storm shield and fancy CC weapon will cost a lot of points and are still no more survivable against high AP shooting than regular marines. Overall I do like this unit and the potential it has and it does certainly its purpose, which is of course protecting and supporting your commander. 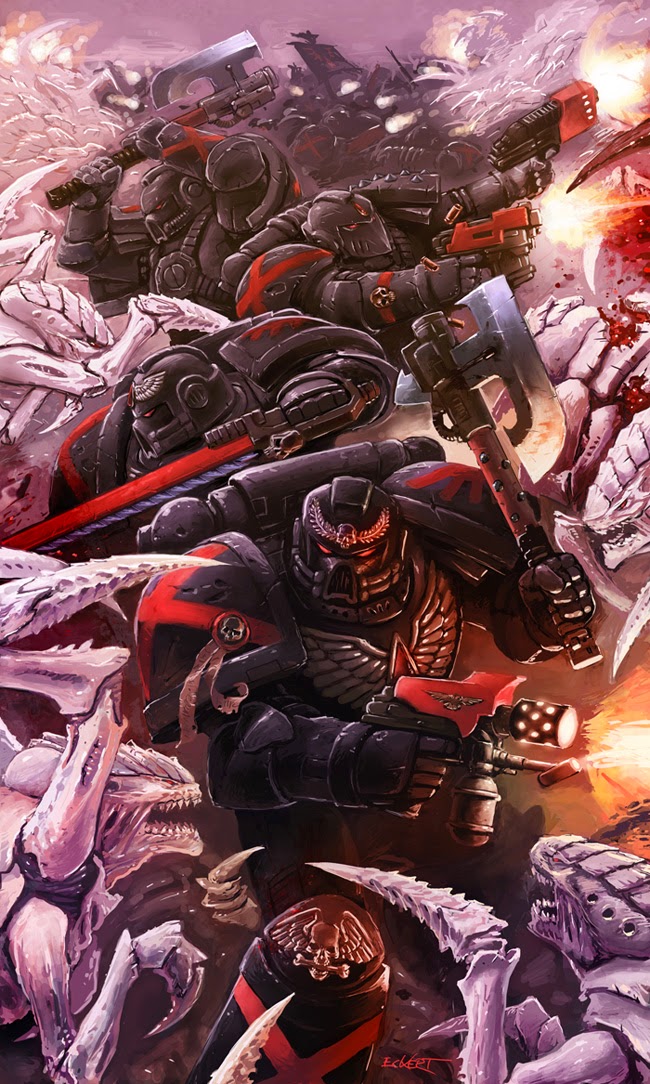 Death Company
One of the best units in the codex, perhaps the best. They are 20 points per model, but I suspect most people will run them with jump packs at 23 points per model, so lets consider that setup. For 23 points you get a model that can move 12" before charging which gives him a very good chance of getting himself into a position where he can get a charge off against the enemy. When he does charge he gets 5 attacks at strength 5 initiative 5 (if in Baal detachment, which lets face it, he is). So pretty good offensively, but then defensively he is Fearless and has Feel No Pain in addition to his regular marine hardiness. No this was assuming that you had run him with 2 close combat weapons, but you could of course make use of his other special rule, relentless, and give him a boltgun, which loses him an attack but makes him more dangerous at range and means he can still charge after firing.

So even without any upgrades the Death Company are pretty awesome, but they can get even better. First of all any number of marines can take power weapons/fists and thunder hammer, plus they can take any of the special pistols. Now you obviously shouldn't be equipping a full ten man squad with power fists as it makes the unit far too expensive, but 3 or 4 in a 10 man unit is reasonable (and devastating). 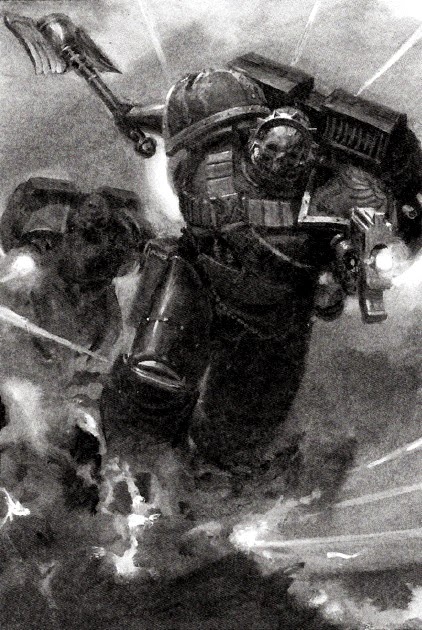 Lemartes
I mentioned this guy in the HQ section. I think on first look you will probably think why would I bother, but if you are running an army with 2 big squads of Death Company then this is your (second) man. Astorath should really be first choice for buffing DC units, but I if you want to buff 2 units then I think Lemartes is a better choice than a regular Chaplain, this is of course assuming that you are running your DC with jump packs. If you run a regular Chaplain with a jump pack he comes in at 105 points, so that makes Lemartes 25 points more, so what do you get for that? Well his stats are exactly the same, except for his Initiative which is 2 points higher! He also has all the same special rules plus a few extras that come from being lost to the Black Rage: FNP, Rage and Relentless. He also has his own special rule that gives him +1 to his strength and attacks when injured. So on his own he will put out 5 S7 I7 attacks on the charge, but only at AP4 (although his weapon is master crafted), plus he confers the re-roll to hit to the Death Company unit he is attached to on the charge. So really when you think about it 25 points isn't much for all those extra bonuses over a regular Chaplain, definitely worth taking if you are already running Astorath as well and want to run 2 or more Death Company units. Otherwise though probably not as Astorath is a better choice for a single unit of Death Company, although he does save you an HQ slot and is cheaper, so he could be considered an alternative to Astorath for those reasons. 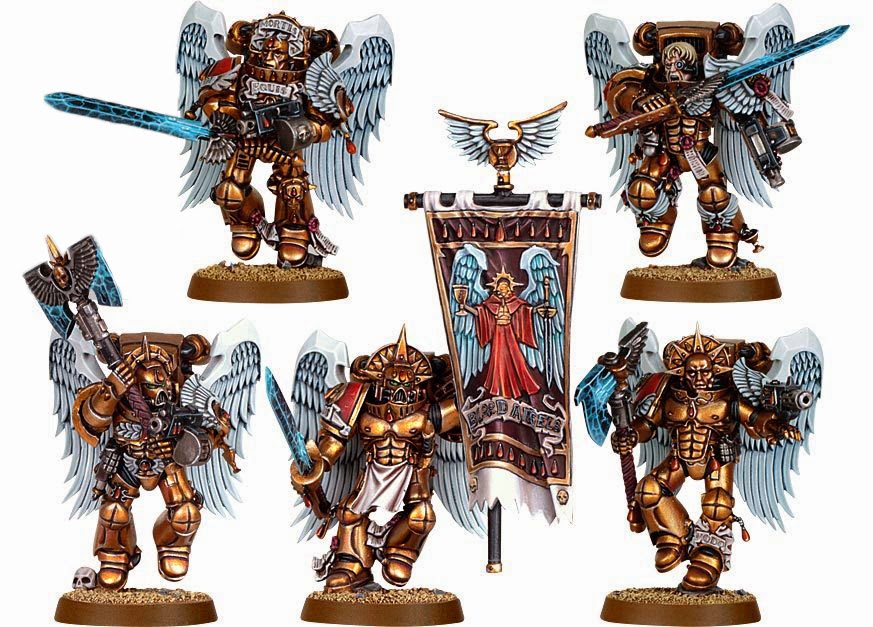 I've already stated that I think that this unit is probably second choice for me when choosing a jump assaulty unit, and that is probably joint with a command sqaud. I think DC are the best value and I also think that a Command Squad is good value due to already having the medic in there. This unit is probably still going to be some players first choice though and for good reason. 33 points per model isn't actually bad for a jump infantry marine with a master crafted power sword/axe and 2+ armour. To kit out a Vanguard Veteran with a power sword and jump pack costs 37 points and he only has a 3+ save, but he has an extra attack, which is better than master crafted of course. This leads me on to my annoyance at their weapons, they are called encarmine swords/axes, which makes them sound better than a power sword or axe, but they are actually worse, just because they are two handed. Yes they are master crafted, but the extra attack is better because sometimes all 3 attacks will hit and even if they don't you have more chance hitting twice with 3 dice than you do with 2 even when you can re-roll a result of a 1. Also I've never really understood why Sanguinary Guard aren't weapon skill 5 when they are "the best the chapter has to offer"?!?

But saying that they are still a really solid choice and with the Fearless rule and their 2+ armour they offer excellent protection and support for Independent Characters. They can also take power fists for a 10 point upgrade (a good idea to take at least one) and the other good upgrade is a Chapter Banner, which gives everyone in the unit +1 attack, extra good when someone like Dante is attached to the squad…..

Right more Blood Angels after Christmas. Let me take this opportunity to wish all of you guys a very Merry Christmas. I will, of course, be interrupting the BA review to bring you my review of the year and hobby resolutions (a.k.a delusions). Whatever you're doing I hope you have a good one that's filled with plenty of time for hobby/gaming!