After the first game the competitors were invited to display their armies to be judged over lunch. There were some great entries and really nice looking forces. Bear in mind that, this being Blog Wars, there was also a competition for best painted Special Character too! 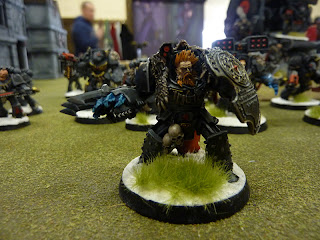 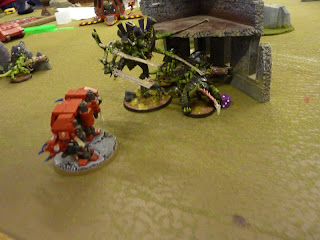 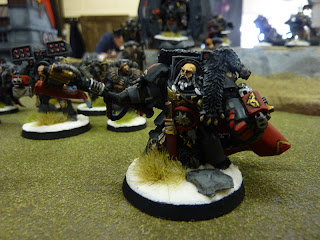 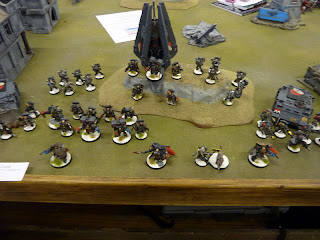 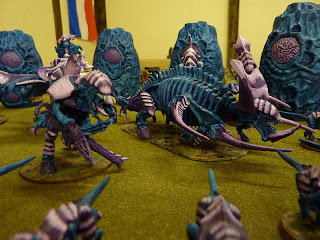 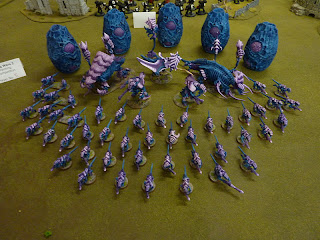 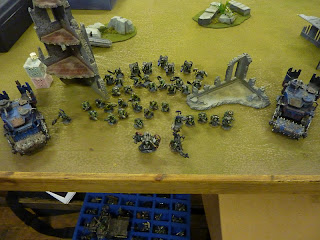 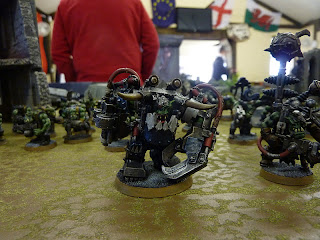 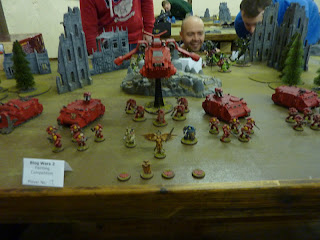 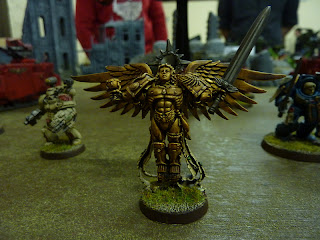 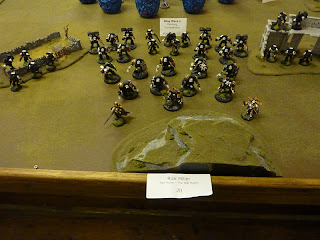 The runaway winner in the Army Painting category was Chris Benstead (the 6th degree) from WeeMen with his heavily converted Tyranid army which got 7 votes! His swarmlord was particularly good with it's dynamic pose but the army also featured a tyrannofex and lots of other slimy green aliens! I always like seeing a good Tyranid army and it seems others did too as the other 'nids force led by Graham Sanders was second. Special mention goes to Rick Miller's Black Templars, David Clark's Praetorian Guard and David Cameron's (not that one) Blood Angels who received a few votes each. 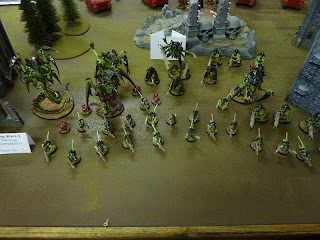 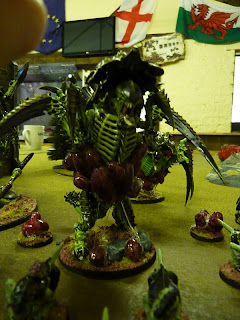 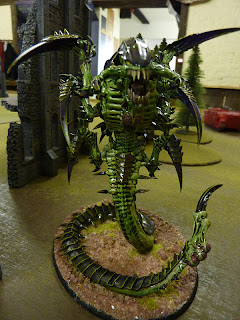 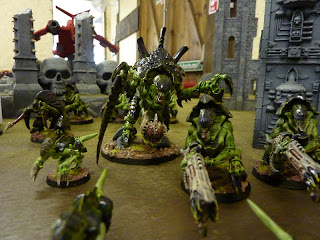 There was a clear winner in the Special Character Painting with Rick Miller's Helbrecht (blame Matt for the crap picture) taking the prize. The whole of Rick's army was beautifully done and considering how late on he actually bought his SC model it's even more impressive! Special mentions here were Andy Lane's Ghazghkull and Jon Morrison's variety of guard characters! 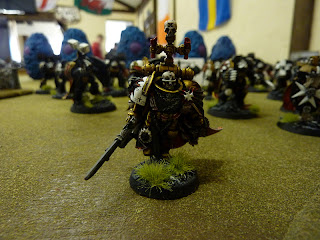 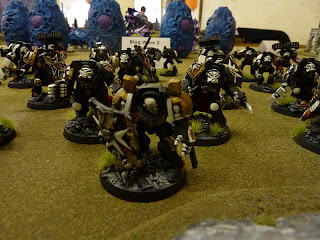 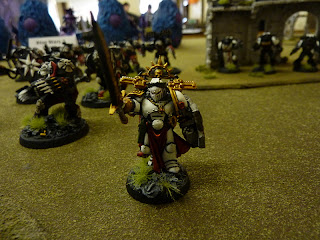 Seeing other armies that are so well painted makes me wish I'd spent more time on my own force. There are some units which I'm really pleased with like Arjac and the TWC but in general my army feels a bit rushed. I think the difficulty for me is that I have too many armies on the go at once so I'm always trying to get one done so I can make a start on the next. I've decided that when the new Tau codex hits I'm going to make a real effort to create a beautiful army that I won't be ashamed to enter into a painting comp!
Posted by From The Fang at 17:00:00