Blog Wars 2 Coverage Across the Blogosphere 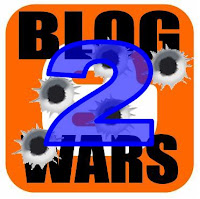 Being a tournament primarily aimed at bloggers, Blog Wars 2 has obviously been talked about on various different blogs and I present them here so that you can take a look for yourself and get a feel for the event. For those of you sick of hearing about the thing there'll be one more post on it and then normal service will be resumed! Anyway, here goes!

Bit of a short post then but it's about the other blogs and their reports. In the next couple of days I'll talk about the plans for BW3
Posted by From The Fang at 17:00:00