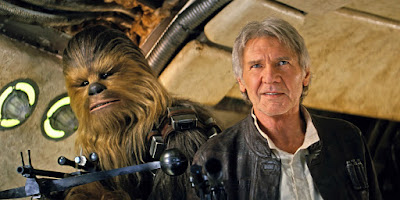 I'm heading down to the X-wing Weekender at the Sanctuary in Sutton-in-Ashfield. Well, that isn't strictly true. Obviously, as the name suggests it's a weekender so they're probably wrapping up the Friday night portion of the event as I write this. It was my sister's birthday tonight though so I couldn't make that. I had considered going to both the Saturday and Sunday but I've got too much on my (non-hobby) to do list for that. I settled on just attending the Saturday event.

This will only be my second ever X-wing tournament. There first being a Store Championship where I finished 12th of 24 players with a BBBYY list which I thought was pretty respectable given my lack of experience. Not sure how many players there'll be tomorrow but I'm aiming for top half again. I'm not optimistic though, this may be my second event but it's been nearly 18 months in between. I had no clue about Scum back then and there's a crapload more stuff out now for all three factions.

We've been doing some testing for the upcoming X-wing doubles event at the Sanctuary next weekend. That's the first X-wing we've played in month's though so we were a little rusty. Nevertheless the doubles requires two 100pt lists from the same faction so I wrote some Rebel list and Matt wrote some Empire ones. I won't go into what Matt came up with because that's what we're using in the end but my favourite Rebel lists consisted of these two: 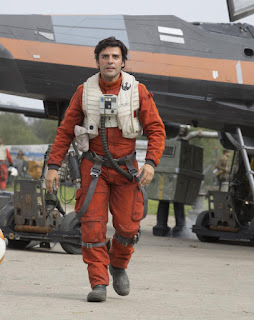 Now bear in mind a couple of things. Firstly I'm limited in the cards available to me. Luke Fogg generously offered to lend me any I didn't have but I wanted to see what I could do from my collection. Things like Autothrusters would've been good on Poe for example but I don't have the card and I'm not prepared to buy a Scum ship just for a card. Weapons Guidance is useful enough for the same points.

I like the triple action without stress from Poe though. Takes a bit of getting used to the positions you end up in but having that hard to predict move is good I reckon. He could do with a bit more firepower though. Han Solo is pretty damn durable though, it does make Poe a target earlier on though as he's comparatively easier to take down.

This list is a lot more of my own invention. Now that I've done some googling it seems like a pretty standard loadout for Corran but that's reassuring if anything. I hadn't tried Corran out before the testing for the doubles and as soon as I tried him I was in love. That manoeuvre dial coupled with Engine Upgrade and the double-tap is awesome fun. The Fire Control System seems like a must.

Miranda isn't devastatingly powerful but unpredictable movement coupled with an array of munitions is a lot of fun to use. I love dropping a Conner Net on someone so that they know they're getting hit by it straight away. I used it to great effect in games against Matt. I'm not naive enough to think people won't be more used to coming up against it than Matt is but still, I don't get the impression it's that common so it might catch people off guard. I do worry again that Corran will be the obvious target.

Conclusion
Well, the tournament requires you to write two 100pts lists and pick one each round having seen your opponents' lists. I'm not going to pretend that I think these lists are brutally powerful or anything. They're good for what I want from this event though. Here's the key things for me:


Anyway, I hope this is the first of many X-wing events in the near future. I will, of course, let you know how I get on. Wish me luck!
Posted by From The Fang at 23:38:00