Your Armies for Double Trouble (Part 2)

Here's another instalment of armies you can expect to see at Double Trouble. First up there's Luke Fogg of Darksun Life who's currently torn between his Howling Griffons or his Star Wars themed Imperial Guard. He's been blogging about it here so perhaps you guys can go and comment and help him make the decision. Here's some shots of the armies in question: 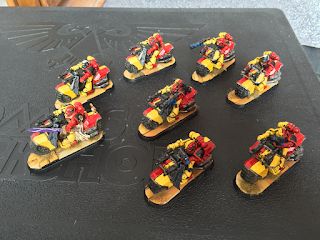 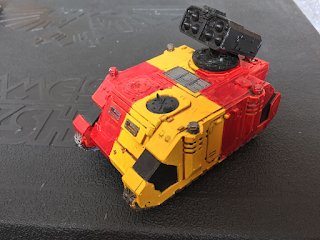 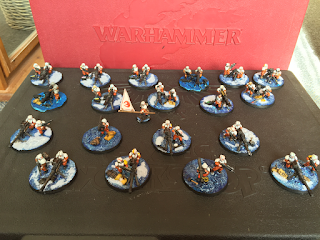 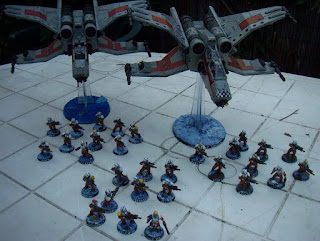 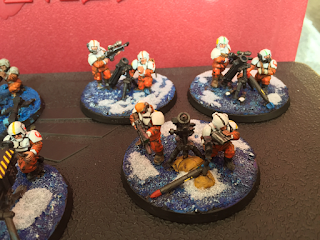 Luke was a near constant presence at Blog Wars over the years and I'm really pleased he's coming to Double Trouble too. My personal vote would be for the Howling Griffons because, whilst I love the Star Wars theme (and Star Wars in general), there's always been something I like about the Griffons colour scheme. It's so striking on the tabletop.

Next up, here's some of Dave Weston's work on his Dark Angels army. 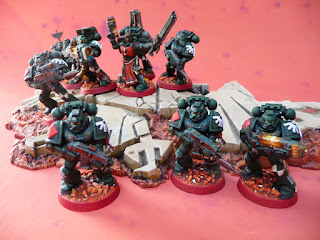 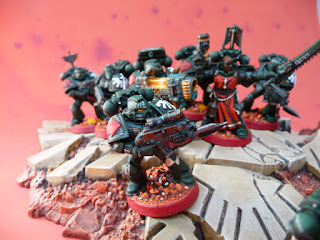 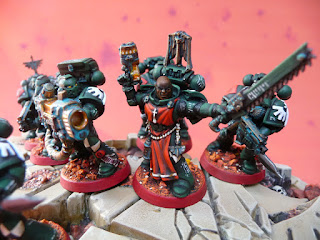 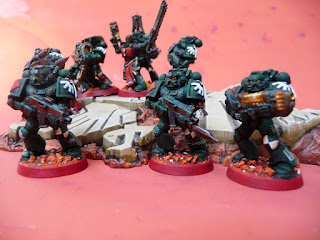 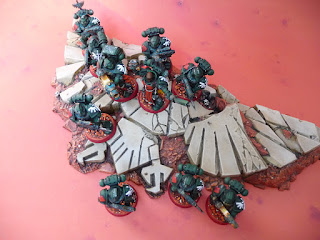 Dave recently finished the tactical squad and has now moved onto some Ravenwing: 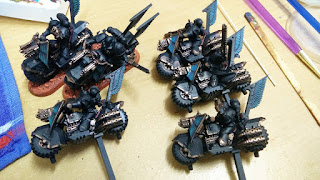 The alternate colour scheme with non-white wings is interesting and I'm intrigued to see how it turns out in the end. Dave's Tyranid army is multi-award winning and I'm excited to see what his Dark Angels look like when they're finished. Mind you, I'm still skeptical that we'll actually see them instead of the nids! Anyway, head over to his blog, Confessions of a 40K Addict and check out more of his work and maybe even pick up some of his STC buildings to add to your gaming table!

I'll be back on Tuesday with another update featuring Dark Eldar. Not mine though! Mind you, I might find some motivation this weekend and get something done, you never know!
Posted by From The Fang at 17:00:00