Another packed section in this bulging codex with 8 choices for 3 slots in sub-2K lists. This is probably the most difficult section to choose from. Pretty much every option here is viable but some really stand out as excellent. I'd started this off as a single post but I've got too much to say about some of the units so I've split it into two. 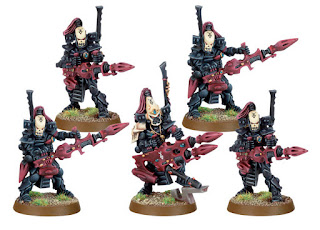 Dark Reapers have always been great for dealing with MEQ with their long range S5 AP3 weapons. They're far from cheap though costing a whopping 30pts each. That's pretty high for a T3 3+ save model no matter what their damage output. They have the option to take what are essentially krak missiles too but that boosts them to 38pts a piece!

They're not awful and thanks to their rangefinders they can be the bane of skimmers and bikes alike. Sadly the suffer the same problems that Space Marine devastators do. They're far too static. Now it depends on how you build your list but it seems a shame to bring something so immobile to what can be a fast and flexible army. I'm sure some will find a role for them and will build their army around distracting attention away from them whilst they hammer targets. However, personally I can't see them making it into my army. 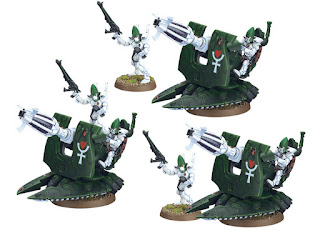 Another unit that benefits from the BS boost that guardians received. However, they're also another unit that feels slow in an otherwise speedy codex. Once again they can be devastatingly effective. All three weapons have their uses and their significantly cheaper when not taking a D-cannon.

The D-cannon whilst short ranged benefits from the Barrage rules meaning sniping models with S10 AP2 shots. Blasts mean the opportunity to take down several tightly packed vehicles at once but that's rare in the current meta. The vibrocannon relies on several hits to be effective so when the unit has lost a couple of models it'll struggle. The shadow weaver is pretty effective against tightly packed troops but with the FAQ setting it firmly as a small blast weapon it won't be as useful when models are widely spread as any opponent with sense will do. Personally I don't think they do much that a more survivable unit couldn't do the same or better. 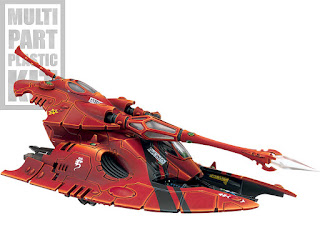 Tanks seem to get overlooked in the latest codices as the average player seems obsessed with the idea that mech is dead. They'll get a rude awakening when we see more Eldar lists and a push back to mech. The fire prism was limited in the last book as it needed to be taken in multiples to be effective. Things have changed now though. In a mech list full of AV12 it helps add to the wall of tanks but the cool thing is it's prism cannon.

It's got great flexibility which is something any unit needs to make it into a list. Think of it as a hammerhead with less strength. It's large blast may be S5 but AP3 is a boost compared to the hammerhead. For those recently arrived terminators there's S7 AP2 small blasts and an S9 AP1 lance for tank hunting. The list of things that a good lists needs to be able to deal with includes AV13/14 vehicles. The fire prism is the Eldar answer (outside of Fire Dragons). That S9 shot will be penetrating everything AV12+ on a 4+ and then blowing it up on a further 4+. Against AV14 that's actually better than a railgun (without Longstrike). Worth paying 125pts for? I'd say so. Even with holo-fields it's only 140pts. It may have to compete with some other excellent options but if you're trying to put up an AV12 wall it can't hurt to have a couple of these. 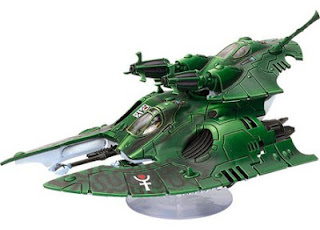 A little cheaper than the fire prism the Night Spinner is also comfortable in either a anti-tank or anti-infantry role. Monofilament isn't quite as reliable as having low AP in the first place though. Torrent weapons are always excellent and having one which is S8 against vehicles is nice. Personally I think the Fire Prism is worth the extra 10pts but the Night Spinner could be excellent.

Falcon
With the same basic cost as the Fire Prism the Falcon essentially trades a better main gun for the ability to transport a handful of troops. However, when you've got the excellent wave serpent already capably filling that role the Falcon is left on the sidelines. It doesn't compare well to the fire prism in terms of offensive power and loses out to the wave serpent as a transport. Both of the alternatives cost about the same so in this case it's a jack of all trades, master of none kind of thing.

That's it for the first part but the real stars of this section will be covered tomorrow so come back for that...
Posted by From The Fang at 17:00:00