Best Painted Army
The winner in this category was Hendrik Müller-Joswig who is Blog Wars' first ever international player having travelled from Germany for the event! Whilst he may have placed 28th in the tournament his army is a worthy winner with 8 votes. 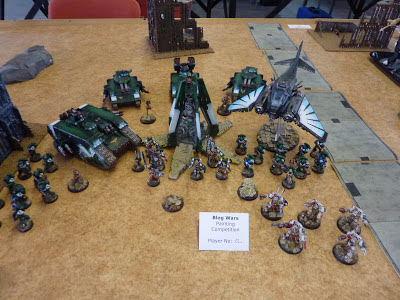 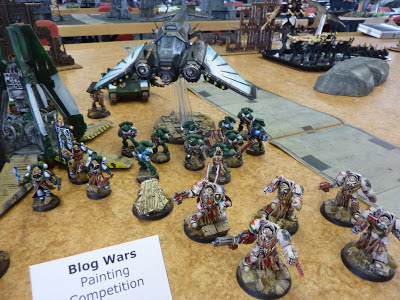 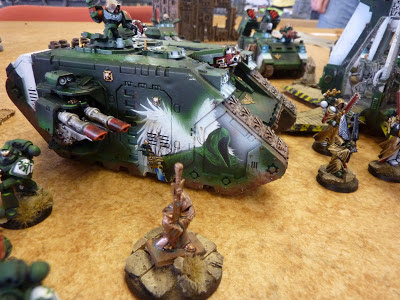 Another notable mention goes to Chris Benstead's Chaos Space Marine force. Chris has previously had painting Errr .... it's as I'm looking through my photos that I realise I haven't actually got any shots of Chris' army so if he (or anyone else) could forward me a couple of shots that'd be great! competition success with his Tyranids so it was great to see him scoop 7 votes (to place second in the painting voting) with his new army along with achieving 2nd place in the tournament itself. Chris writes for the Weemen blog. Head to Weemen to find pictures of his army that I failed to take!

In 3rd place with 4 votes was my good friend Jamie Jackson who's First Founding Space Marines force was a fantastic display of different colour schemes (more details and pictures can be found on his blog, Index Astartes). 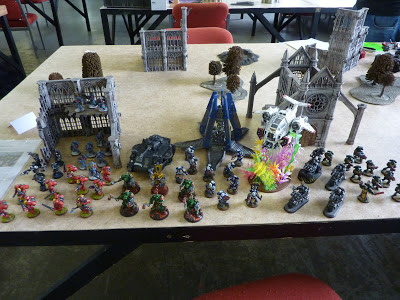 Here's a few shots of the rest of the armies on display too. 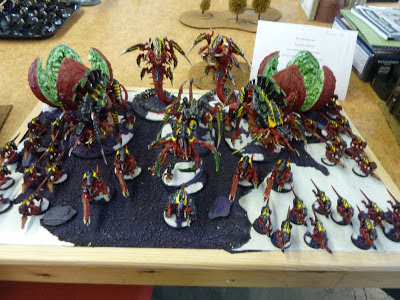 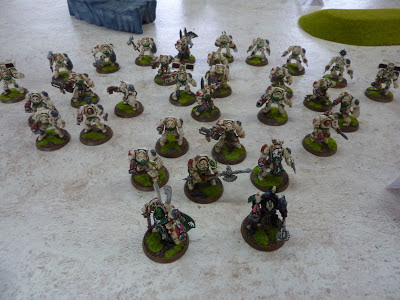 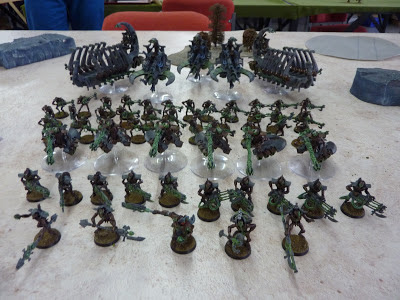 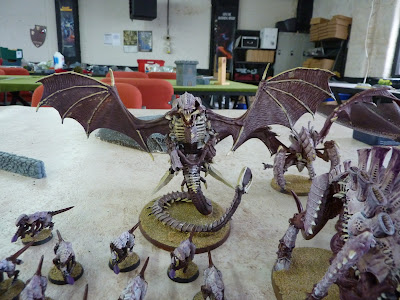 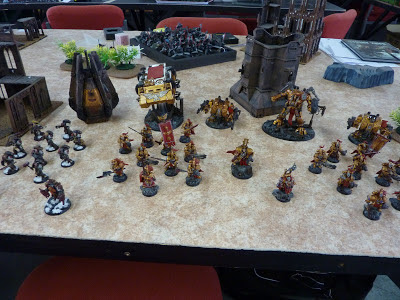 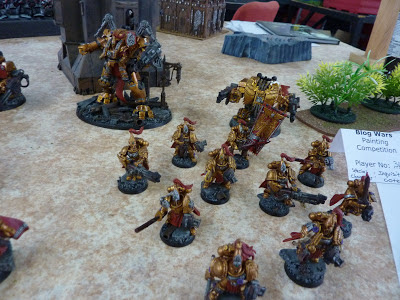 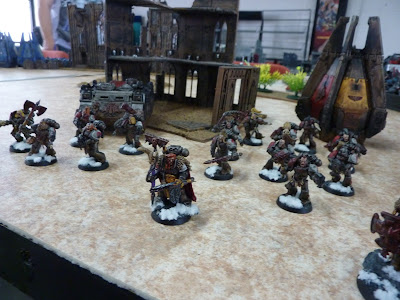 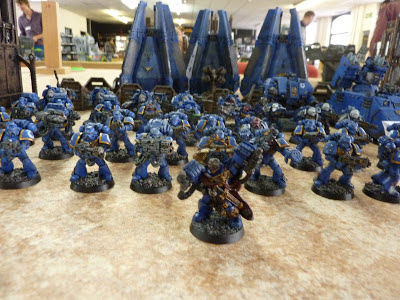 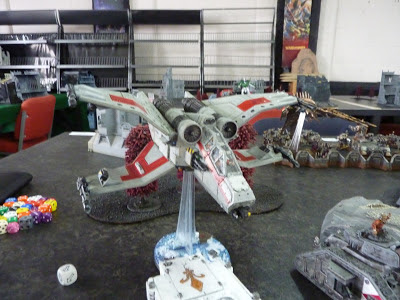 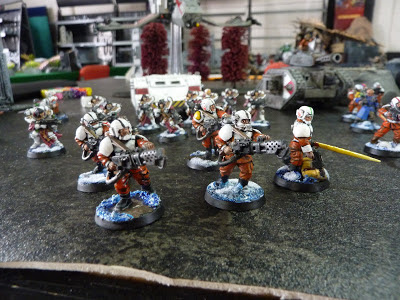 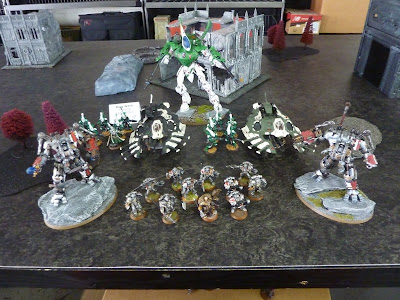 Best Painted Special Character
There were three stand-out entries in this category and all three took a chunk of the votes. Sharing second place were Chris Benstead's Abaddon and Jamie Jackson's Lysander. Whilst I may be biased because he's a friend of mine, I thought the NMM work on Lysander was particularly good, especially when you consider Jamie hasn't used the technique before. And again I don't seem to have pictures of Abaddon (I have a lot to do on the day, sorry Chris!). 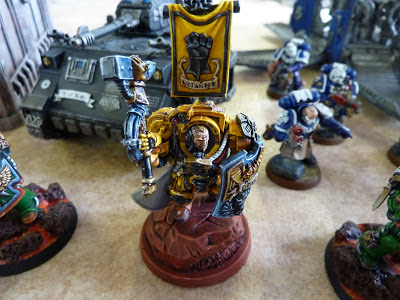 Anyway, the overall winner was Nathaniel Gibbs with his Coteaz. Nathaniel's Custodes (Grey Knights) army came close to winning the painting competition at a previous Blog Wars so it's great to see him taking an award this time around. 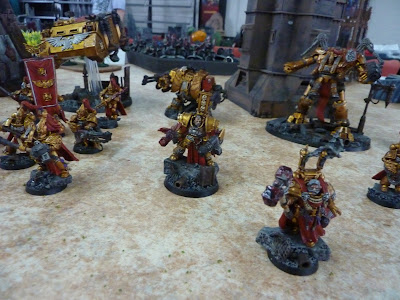 Here's a couple of other great entries too. 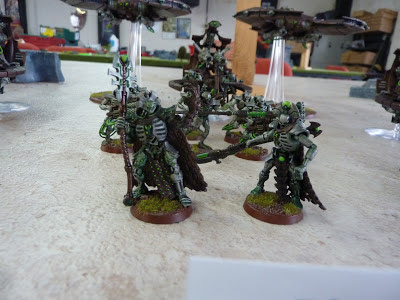 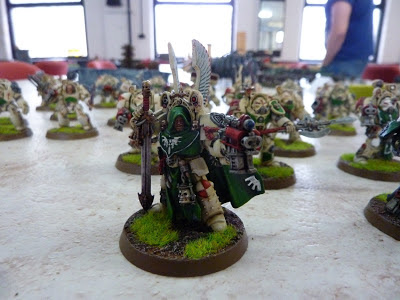 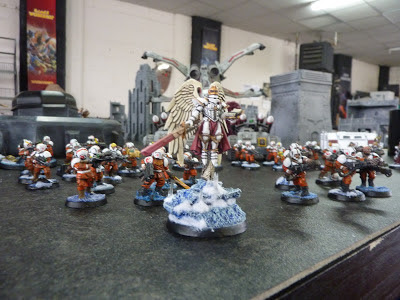 The painting competition always inspires me to try and get one of my many armies painted up to a high standard. I really enjoyed playing with my Tau (more on them in the battle reports) so maybe they'll get some attention before BW6. Only problem with that is that I don't allow myself entry to the painting competition.....
Posted by From The Fang at 21:06:00