Just like in the original Double Trouble, the painting competition at DT2 was split into four categories with £50 worth of Element Games vouchers up for grabs: Best Painted Army (£15), Best Conversions (£15), Best Painted Character (£10) and Best Painted Vehicle or Monster (£10). Players could only enter one category so it was up to them to decide which one to enter to give them the best chance of winning.

Today I'll cover the Best Army and Best Conversions entries. Much better pictures this year as we weren't playing in a cave like last year. Still, apologies as ever for the picture quality. I have to dash out and take these between entering scores and trying to eat lunch! 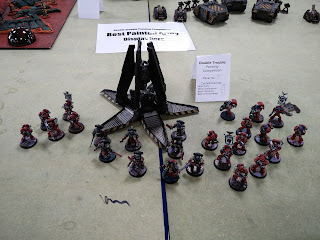 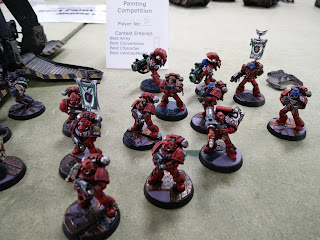 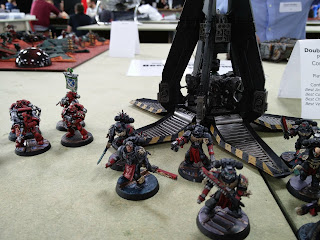 Next we have Cal Goodger's Iron Warriors (1 vote): 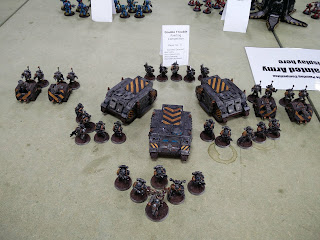 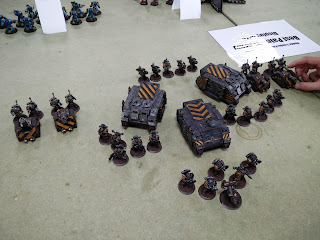 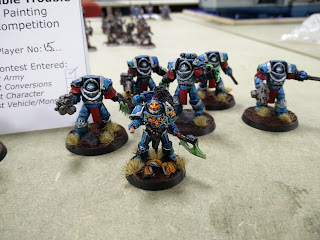 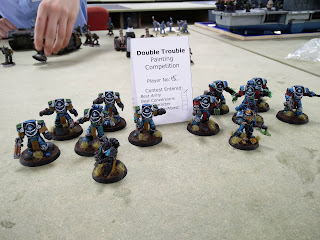 A surprise (to me at least) runner up, Dave Weston's awesome Ravenwing (9 votes): 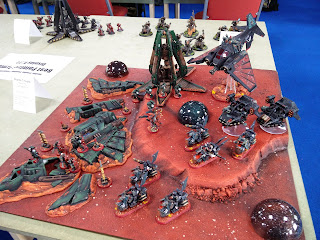 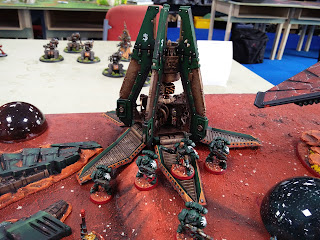 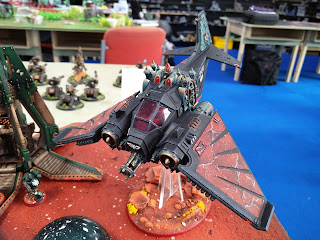 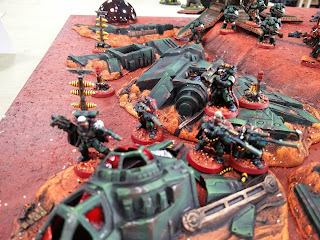 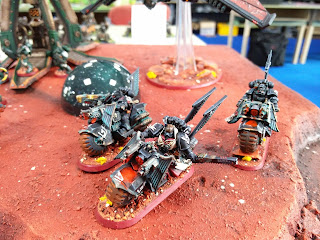 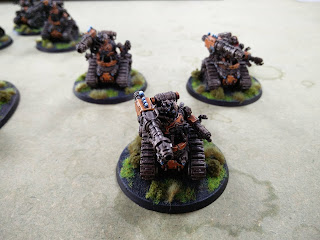 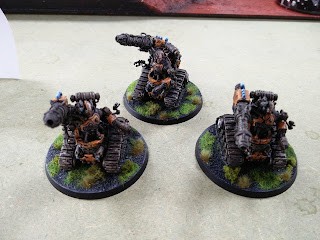 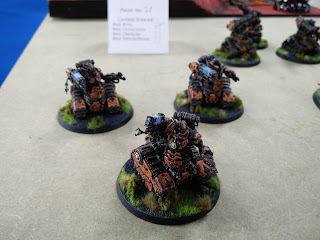 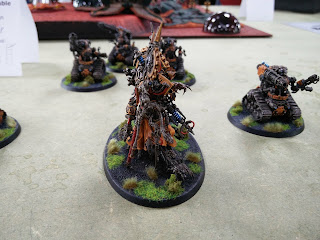 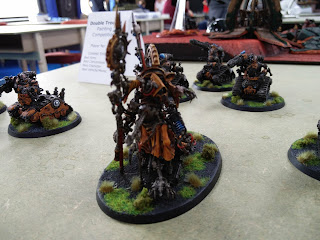 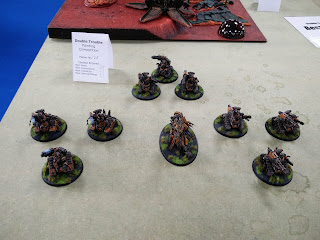 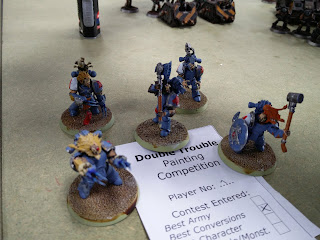 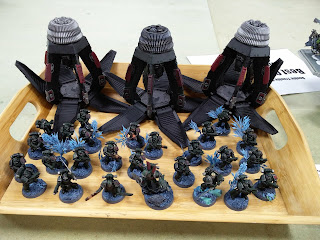 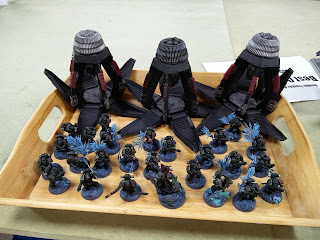 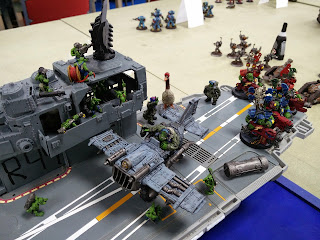 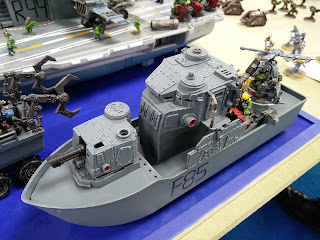 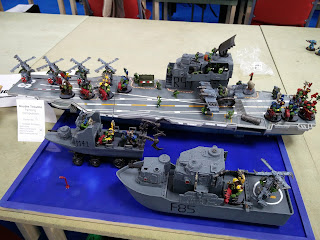 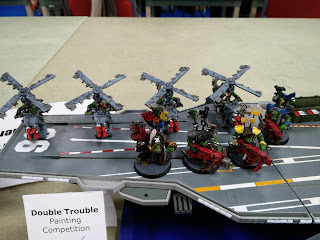 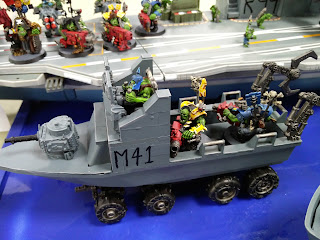 Some stunning and inspirational stuff there. Come back tomorrow for the entries in the single miniature categories. If you want to keep track of developments with the event and find out when the next one will be then join the Double Trouble group on Facebook.
Posted by From The Fang at 17:00:00