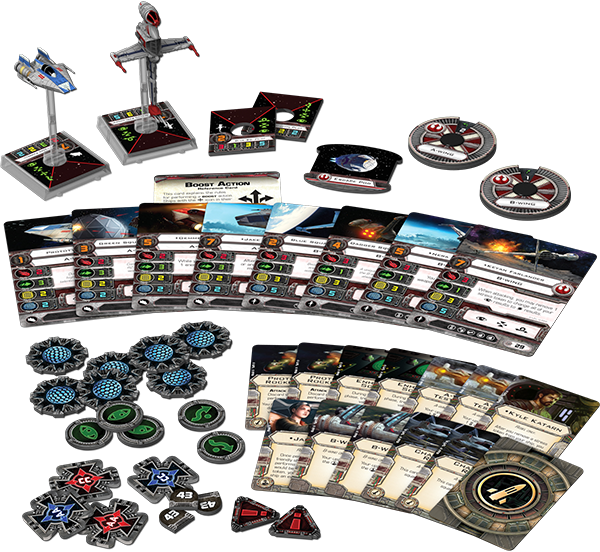 Hot on the heels of the wave 4 announcement. Fantasy Flight have posted up details of the new Rebel Aces expansion pack. This appears to be in a similar vein to the Imperial Aces pack which I believe should be in shops round about now. Like the Imperial equivalent the ships featured are existing models but they're sporting alternative paint schemes which is a nice touch to give your squadrons some variety. Unlike the Imperial Aces pack, however, this new Rebel version features two different ships, namely an A-wing and a B-wing.

As a predominantly Rebel player I'll be compelled to buy this set no matter what but from the looks of the pilots and extra rules it brings I'll want it anyway. I'm impressed with the way FFG does things when it comes to announcing their new sets way ahead of time. I wish GW would learn a thing or two from them. Just because I know it's coming more than a week before it actually appears doesn't stop me from wanting it the second it comes out!

Mind you, I wish FFG could replicate GW's supply chain as they're ships seem eternally out of stock and their release dates seem sketchy at best. Still I'll certianly pick one of these sets up when I can get my hands on one. In the mean time head over to the FFG site to read their run-down
Posted by From The Fang at 16:08:00