The Rapidly Changing Face of 40K 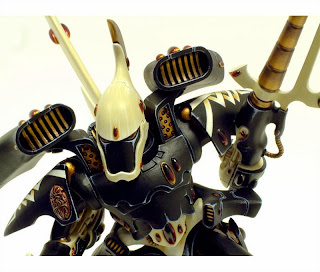 The last month has been pretty mental with the number of changes that have taken place in this game of ours. To say there's been a mixed reception to these changes is somewhat of an understatement. For anyone who's somehow not heard about them, here's a quick list:

Each of these things has changed or will change the way 40K is played in a big way. Whether they're an improvement or not is another matter. I want to get something out of the way before I go any further though. Games Workshop want to sell you models. They're a business. They want to make money and keep their shareholders happy. Could they go about that in a more customer friendly way? Almost certainly. The problem is that what they're doing works. In a struggling economy they're still posting healthy profits for a company of their size. The game and its rules will always be secondary to the sale of models. They playtest the rules to a point but clearly not as thoroughly as we'd like. You can try to convince yourself that they're stupid and don't understand their player base. On the contrary, they know exactly what will make us buy models.

With that out of the way let's look at the new additions to the game and how they affect things. 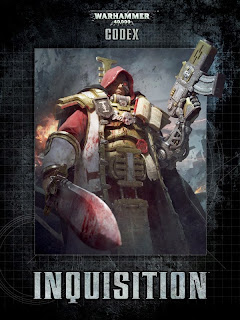 There's a lot of fuss about this because essentially it created an extra detachment that quite a large number of armies could employ. Most people will take one look at Coteaz and think "yep I could use that". He's probably the most useful thing in there and what army couldn't use a re-roll to Seize, access to more Divination and option to fire at reserves coming down near him. He was already an awesome character in the GK book and Matt has used him with decent success at singles events and also alongside my Wolves in doubles play. The Inquisition Codex allows you to just take him in your list for 100pts with no obvious penalty.

Of course there's plenty of other options in there but he's the standout entry. What's a shame is that a lot of the stuff is just a copy/paste from the GK book. There's nothing especially new to get excited about. Essentially the book boils down to "hey look I can take an inquisitor in my Eldar army without having to pay for any troops and I can still have my Tau allies too!".

The fluffy player in me loves the idea of an inquisitor joining the fight against some daemonic horde but would he really show up against Orks (depending on his Ordo)? The tournament player in me is saddened too. Supplements and allies have already offered enough loopholes for people to essentially just bring whatever they want (unless your play Tyranids). The Inquisition book just takes this a step further and potentially paves the way for similar nonsense. In summary, exciting from a fluff perspective, frustrating competitively. 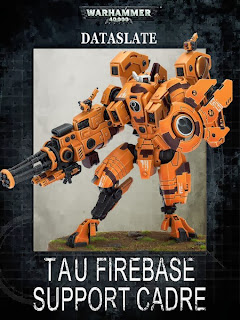 When GW announced the big boxed sets of miniatures offering big discounts I was certainly suprised and excited. I couldn't resist buying the Stormwing (although it's still wrapped in celophane at the minute). With the Black Library advent calendar they've also introduced rules for these things as "formations". This isn't a new idea, it's straight out of Apocalypse. Essentially by taking the models specified in the formation the units get a bonus special rule or two. This isn't especially game breaking but it does allow you to take these formations as separate detachments meaning you bypass the FOC quite drastically.

I'm not hugely concerned by this, sure it messes some things up but generally I don't think it's too big of a deal.

Dataslates are a nice way of introducing new units into the older codices but they do feel a bit like video game DLC. You're left wondering why they couldn't have just put them in the book in the first place. 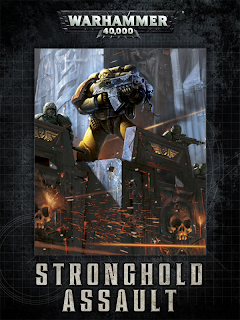 You can now take several fortifications per FOC slot and there are a few extra upgrades that weren't previously available. The big one that everyone is talking about is the Void Shield. Essentially a protective bubble to minimise the affects of alpha strike. I'm not sure it's as amazing as people think but even so it's the most significant thing in the book. I'm intrigued to see what the model looks like when they eventually release it.

The main thing about this book for me is that there's some new content here. Unlike the other three "expansions" listed in this post the Stronghold Assault book isn't just a copy/paste from another existing book. 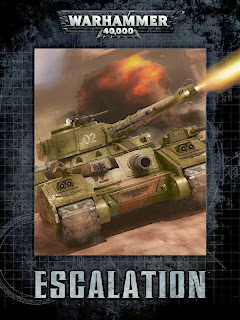 Last but certainly not least, Escalation is what everyone on the 40K internet seems to be clammering about. There are multiple shouts of "this breaks the game", "40K just isn't playable at tournaments" or "they just want to flog you a Revenant". To an extent all three of which are true.

Essentially, Escalation lets you take a super-heavy in a normal 40K list. There's something missing amongst most of the whining on the internet though. The big question for me is why was this book even necessary? The content is mostly straight out of the Apoc book and if you wanted to use super-heavies then go right ahead and play Apocalypse with other like-minded types. Some are arguing that the inclusion of super-heavies and, more importantly, D-weapons is as a counter to the re-rollable invulnerable save lists we're seeing more and more. Of course they are indeed an excellent counter but as someone pointed out in the comments section of Faeit212 it does feel like a "swallowed a spider to catch the fly" scenario.

The one game of apocalypse I've played (but never quite managed to write up on here) taught me about how powerful a Revenant can be. It was the only super-heavy to survive our game having taken out two stompas (with a little help) in a single turn. I love the model but I'd be less than happy to see one across the table from me.

Those in favour of Escalation say that people are only complaining because their power gamer net-list doesn't work any more. They're saying that people only don't like it because they can no longer bring a dirty combination and walk through a tournament. Whilst there's probably an element of truth to this I do think that attitude is somewhat naive. Deathstars like Screamer-council, Farsight bomb, etc are mostly despised because they take little skill to use and make for a boring game. How exactly are super-heavies going to be different in that regard? Obviously the most problematic is the Revenant but when there's already a good chunk of people using Eldar at the moment it won't be long before we start seeing the wraithknight proxy for a Revenant at permissive tournaments.

I'm all for variety in games. I hated the end of 5th edition when all you seemed to play was Grey Knights, I hated played Screamers/Flamers from the WD update, Necron air, etc. The point is though that there'll always be something. Those with apparently limitless disposable income will think nothing of buying a Revenant to win events that allow them.

Conclusion
My main problem with all of these "new" additions is that they simply aren't that new. Sure there's new content here and there but for the most part it just feels like Apocalypse stuff creeping into 40K. There's the potential for hugely varied games against a wide variety of opponents. Will we see Harridans, Stompas, Baneblades, Tiger Sharks, Tesseract Vaults, etc. in equal number? Of course not. As with everything in competitive 40K the best combination will be quickly discerned, posted online and repeated ad nauseum. At the moment Stronghold Assault looks alright but it won't belong before some combination is discovered that makes people sigh.

Like anything else, there are counters to Lords of War. Massed melta fire can do enough damage to bring them down but that's assuming you survive long enough to shoot. Part of the "balance" in 40K comes from armies not being able to counter one thing without leaving themselves vulnerable to another.

Games Workshop are trying to sell you models. There's no doubt these new additions will shift units. The problem with 40K is actually the people who play it. I'm not going to sit and pretend I'm not one of them. I've taken dirty lists to tournaments in the past, rarely the current in-thing but still pretty nasty. The way 40K is written there are always going to be rock/paper/scissors matchup.

My problem is going to be trying to decide how the hell to rule on everything for Blog Wars. In the six weeks since Blog Wars 6 the game is almost unrecognisable from what it was! Any input on that discussion will be gratefully received. More on how I'm intending to tackle BW7 in a later post though.
Posted by From The Fang at 17:16:00