I've been tempted to pick up some Scum stuff for X-wing since it first came out. Back then I was still trying to collect all the Rebel stuff though but I knew I'd cave eventually. Sure enough, after the singles event I decided I needed Autothrusters in my life and decided to grab a StarViper expansion. I thought it seemed daft just to get a single Scum ship that I couldn't use with anything else. Obviously I'd get the cards but most of the stuff in the box would be a waste. I decided it was only sensible to pick up Most Wanted too.

I thought I'd post to see what I can come up with from ships/cards I own. I don't own a Firespray. Matt does but I want to try and stick to stuff I have. May as well try to use the StarViper since that started me down this path. The Most Wanted pack gives me two Z-95s and a Y-wing. I already own a Rebel Y-wing and two more Zs. You also get pilots for the HWK which I own. So in total I've got four Z-95s, two Y-wings, a HWK and the StarViper. Obviously there are better Scum ships out there but I'd rather not go too mad at this point. I don't get to play often enough to justify buying much more at the moment. Maybe if I start going to more events I will.

So here's what I'm thinking and why: 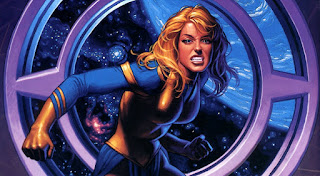 I see Guri as a pretty good arc-dodger. Having Boost and Barrel Roll already is a nice combo and although she's only got 1 shield and 4 hull the 3 evades will mean she's pretty durable. Most of the time you should be able to avoid arcs and having Advanced Sensors and Inertial Dampeners means her moves should be pretty unpredictable. The main issue with her arc-dodging though is that she's not got very high PS. Still Autothrusters should help quite a bit. 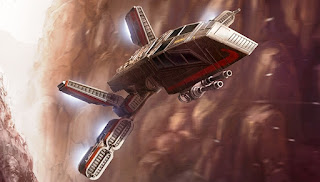 Being able to steal a Focus token and then use Opportunist seemed like too good of an opportunity (pun intended) to pass up. This combines well with K4 as a green will needed to remove stress from Opportunist. By focusing in the early turns, and holding onto them with Moldy Crow, Palob will have plenty of focus for attack and defence. That makes Blaster Turret a viable option and it's range complements the pilot ability.

Nothing complicated here. Try to stay at range 2-3 and keep chipping away at things. The R4 means you can spend Focus on the first shot and then use Target Lock for the second. Should do damage pretty reliably. 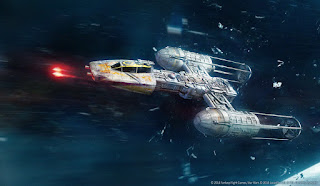 Thoughts
With the possible exception of the Y-wing, these ships aren't particularly durable. Guri would be pretty durable if she had a higher PS but it should still be possible to avoid arcs simply by being unpredictable.

All of the ships have decent damage potential. I'm not going to be one-shotting anything but I can hopefully build up enough damage to take things down pretty quickly. Palob probably has be biggest damage potential but it's a little situational.

I'm looking forward to giving it a go and tweaking it though. If only I got to play this game more to test things out. Still, I'm pretty happy with this list in theory. I own all the cards I need for it except Opportunist which Matt has and since it'll most likely be him I play that's fine. It'd be nice to get Kavil or even Drea in there but I'd struggle to drop anything.

Inertial Dampeners was a last minute addition as it came in a 99pts. I know that it's tempting to keep at 99 and make a call on initiative but with relatively low pilot skill it's unlikely to matter and would be no use if my opponent was 99 too.