Today and tomorrow I'll finish off my Battle Bros. round up with the painting competition before I go back to the normal schedule and talk some more about 7th edition and Orks. Anyway here's some shots of the Legends competition for individual miniatures. There was a pretty low entry count in each category due to the low attendance but there were still some stunning pieces.

Hero of Legend
This category is normally massively oversubscribed but there were very few entries this time around. This was won by the little gretchin on the far left of the third picture which I voted for mainly because it would be funny for a grot to win "Hero of Legend" but also because it was well painted. 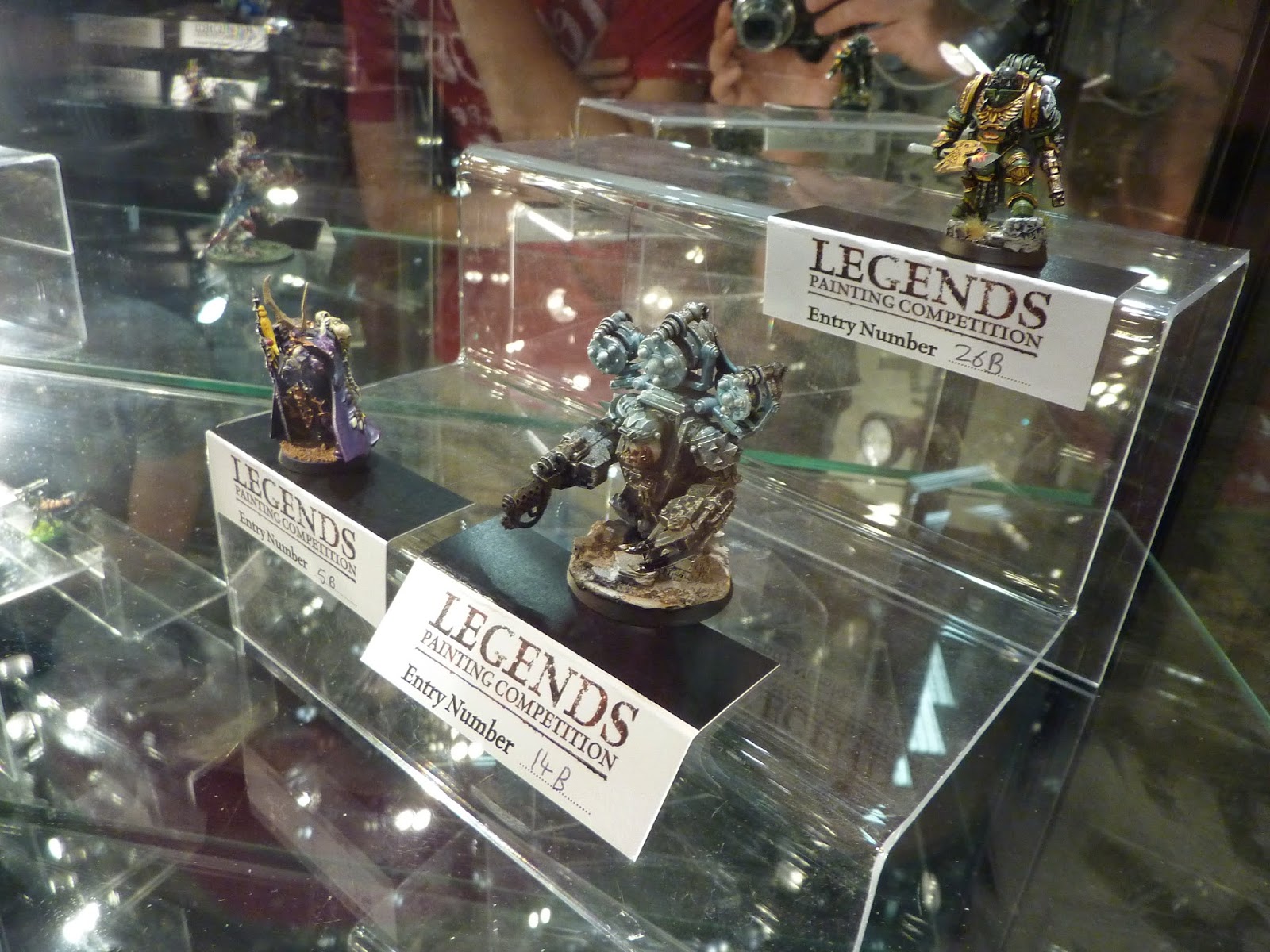 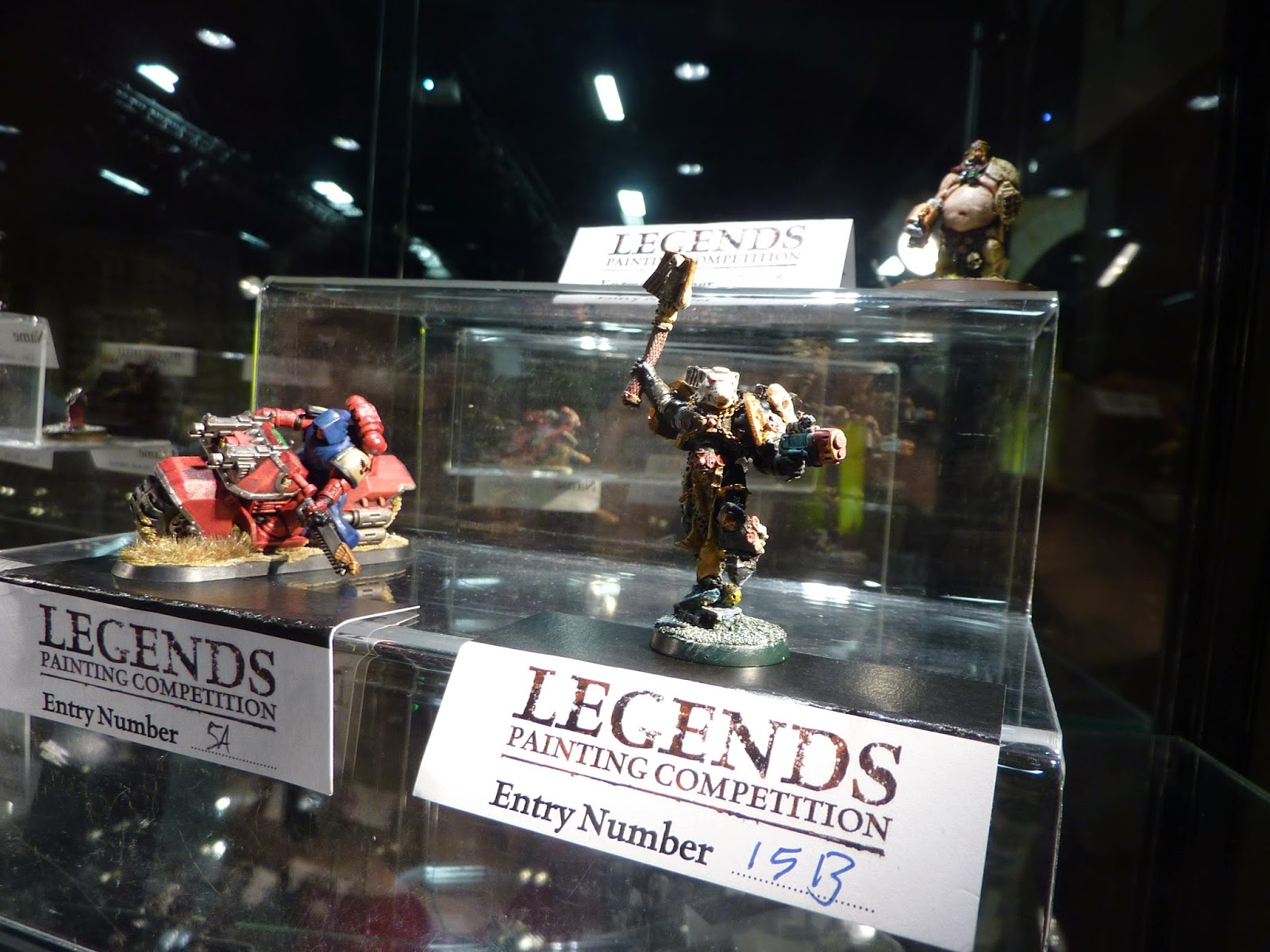 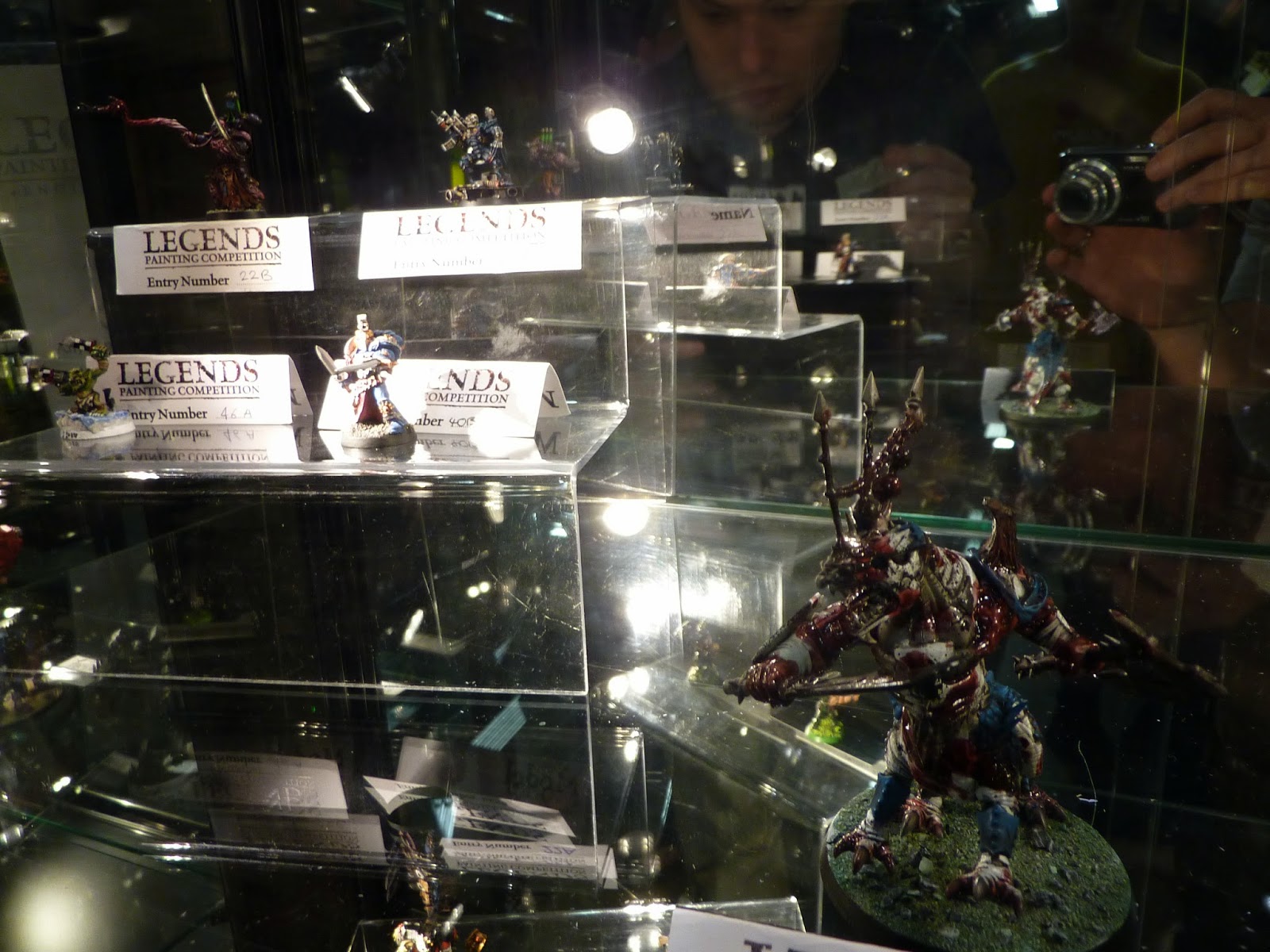 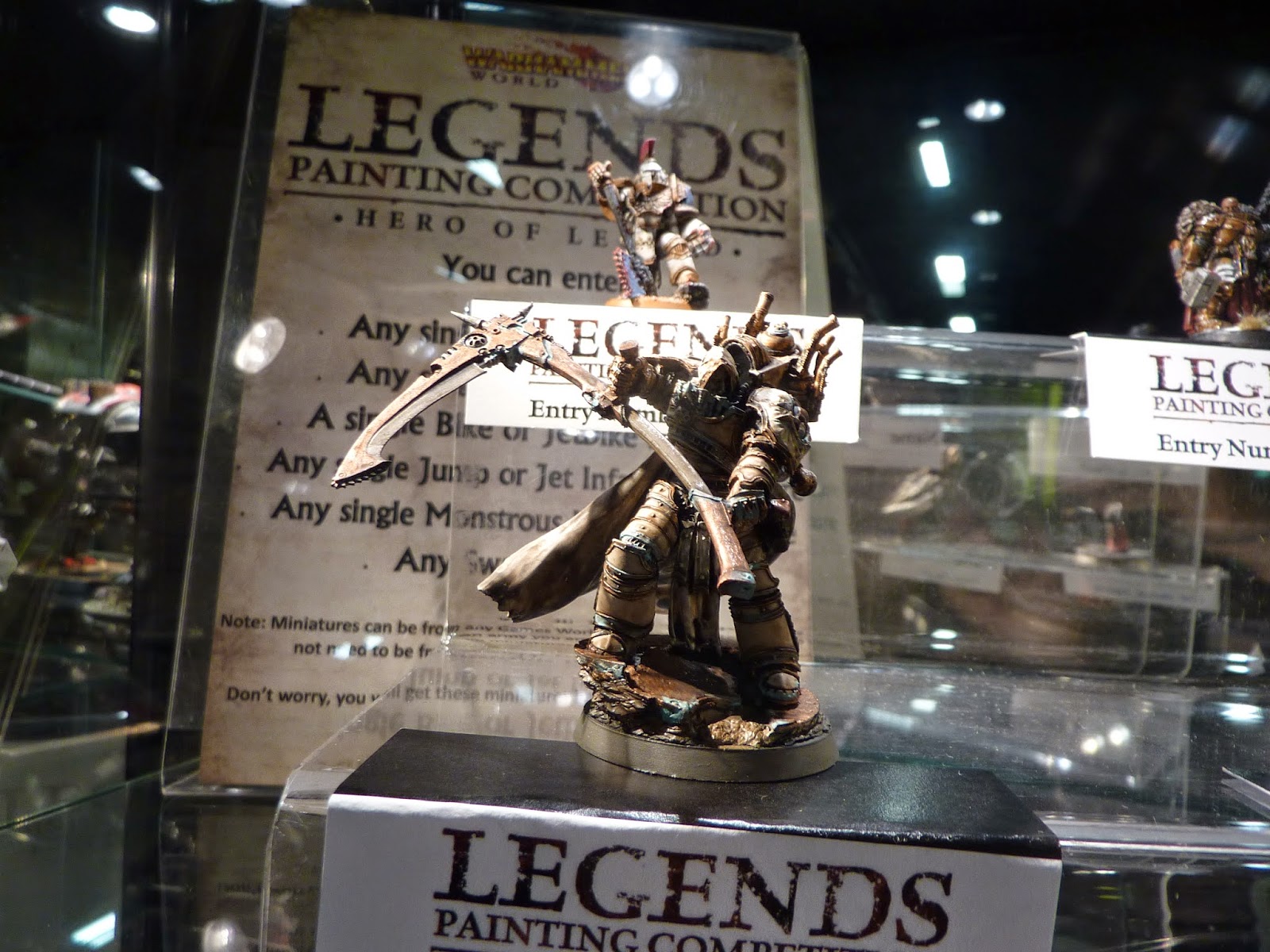 Engine of Legend
This category is for vehicles with a large number of them being Imperial Knights my vote went to the one in the fifth picture but the winner was the Sicaran in the third picture. My favourite model though (though not best painted) was the Ork Looted Wagon made from a Stormtalon (in the last picture) whose engines still worked but the Orks couldn't fly so they've strapped wheels to it! 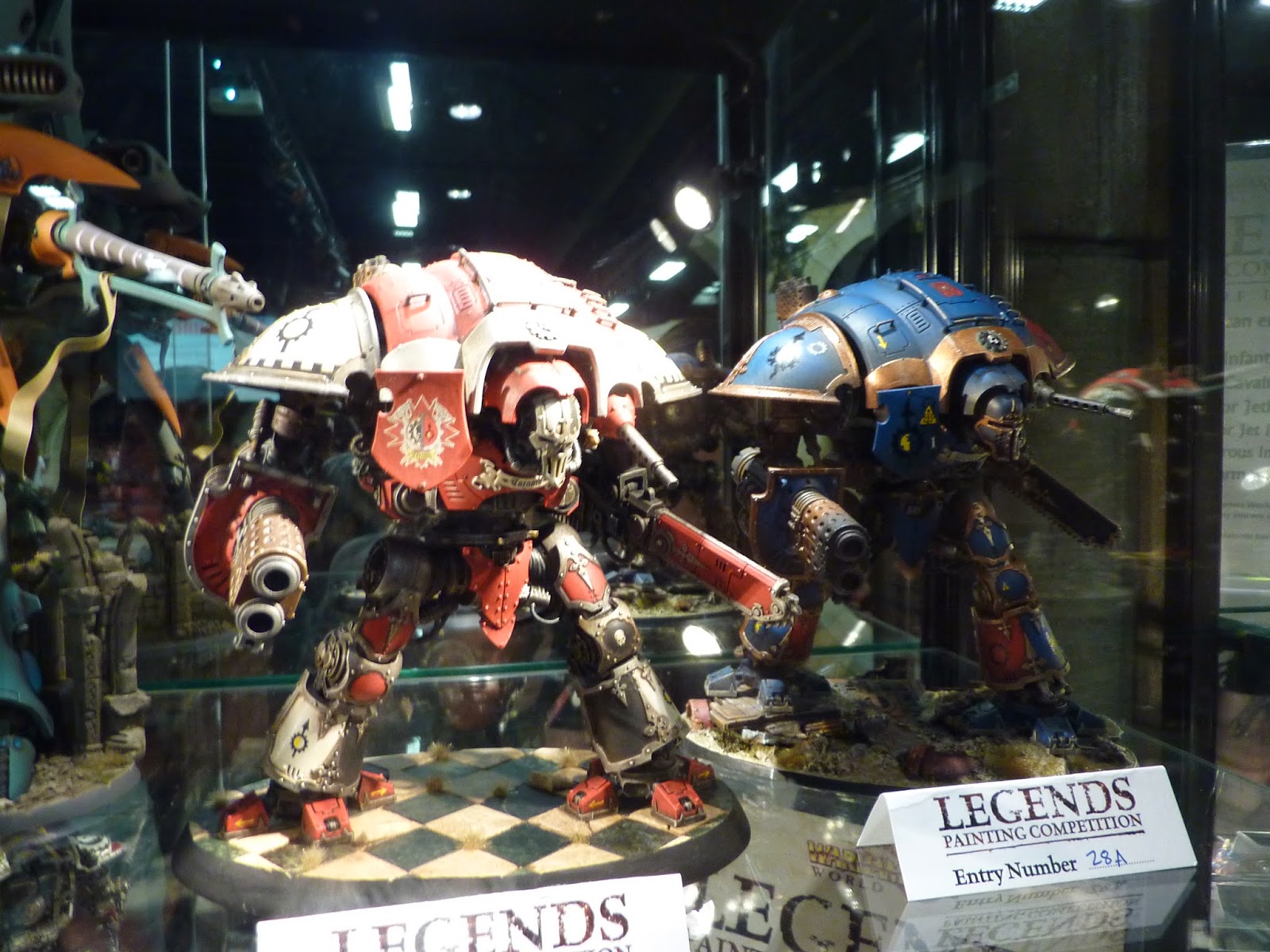 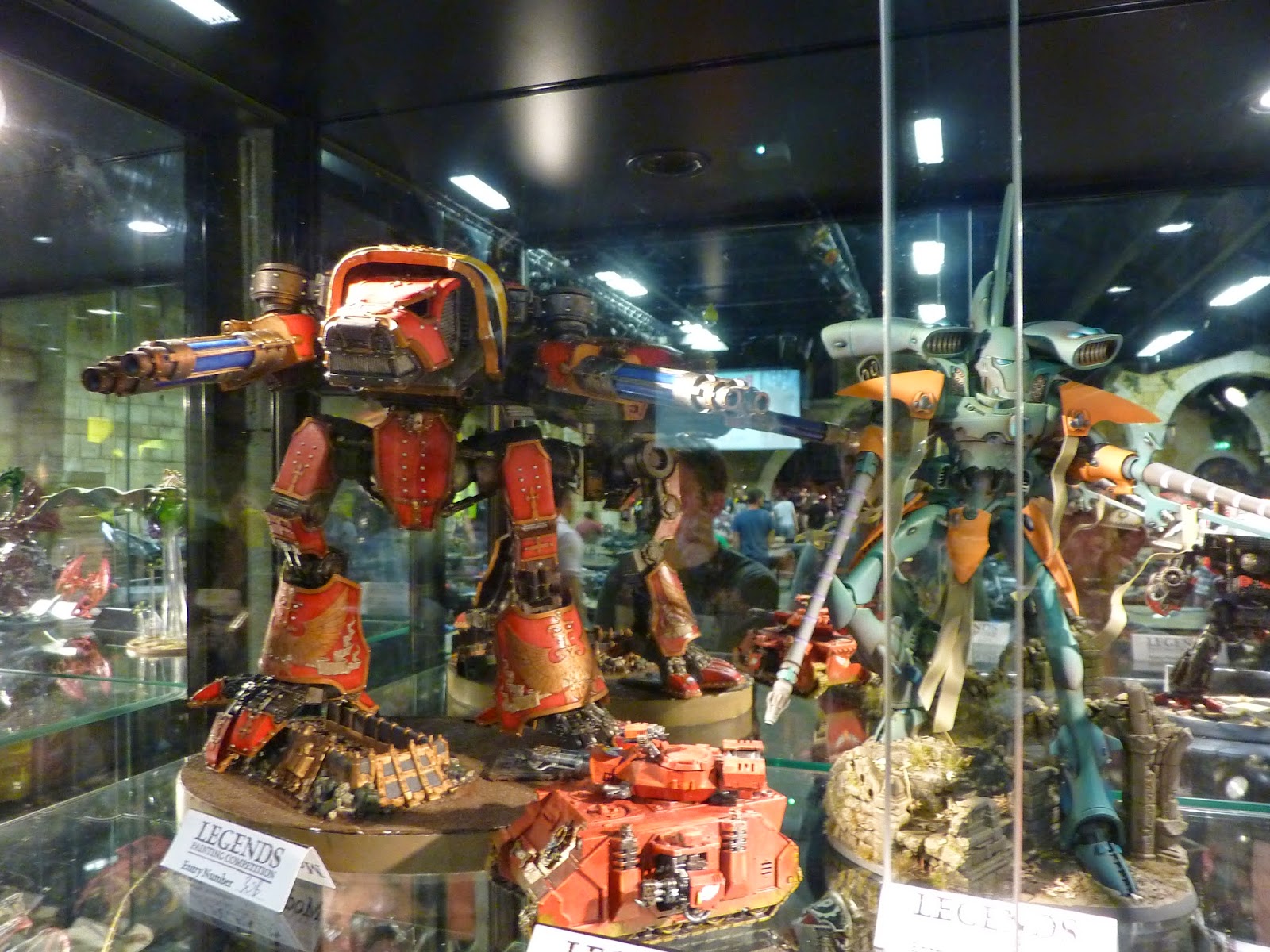 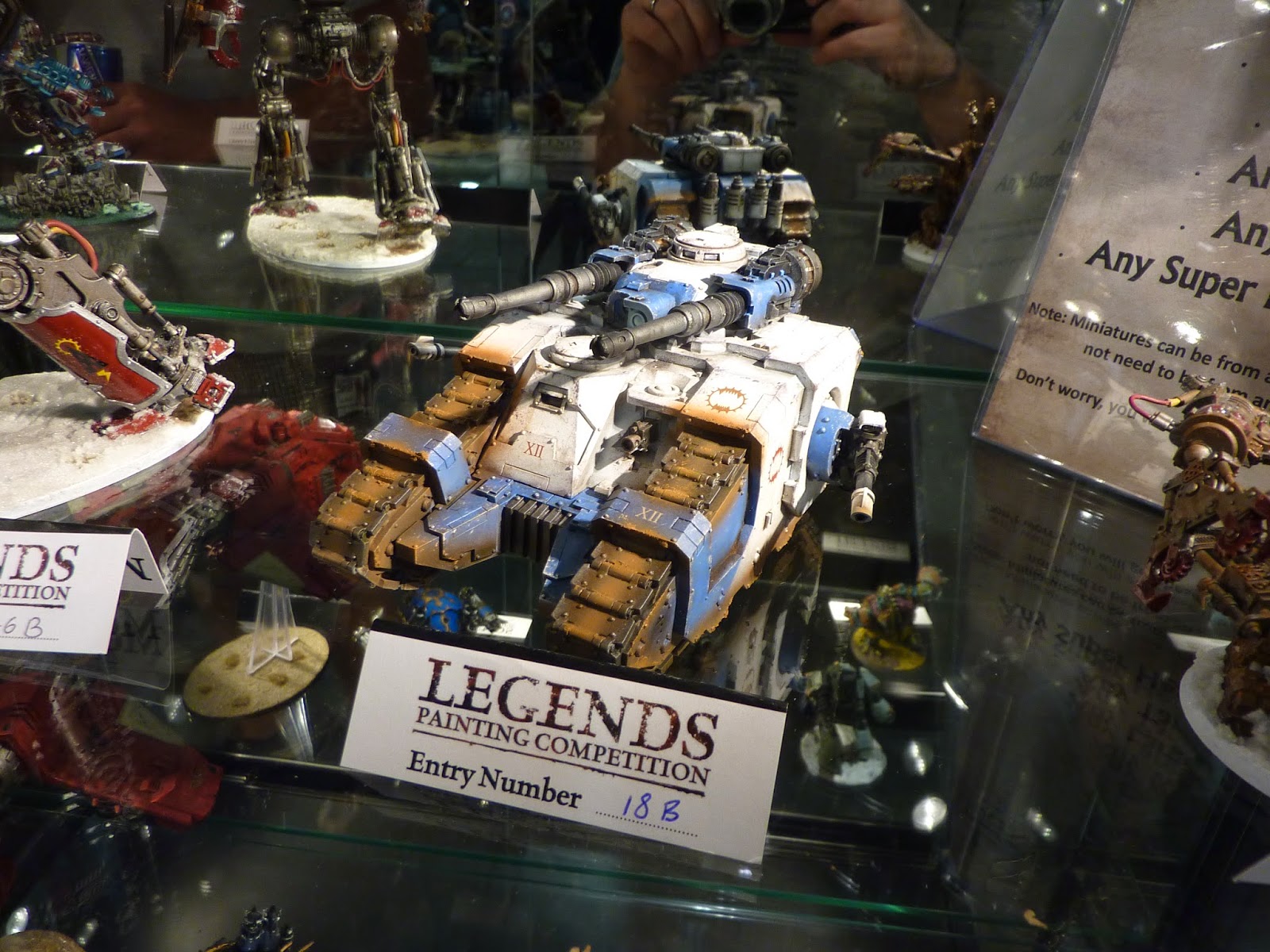 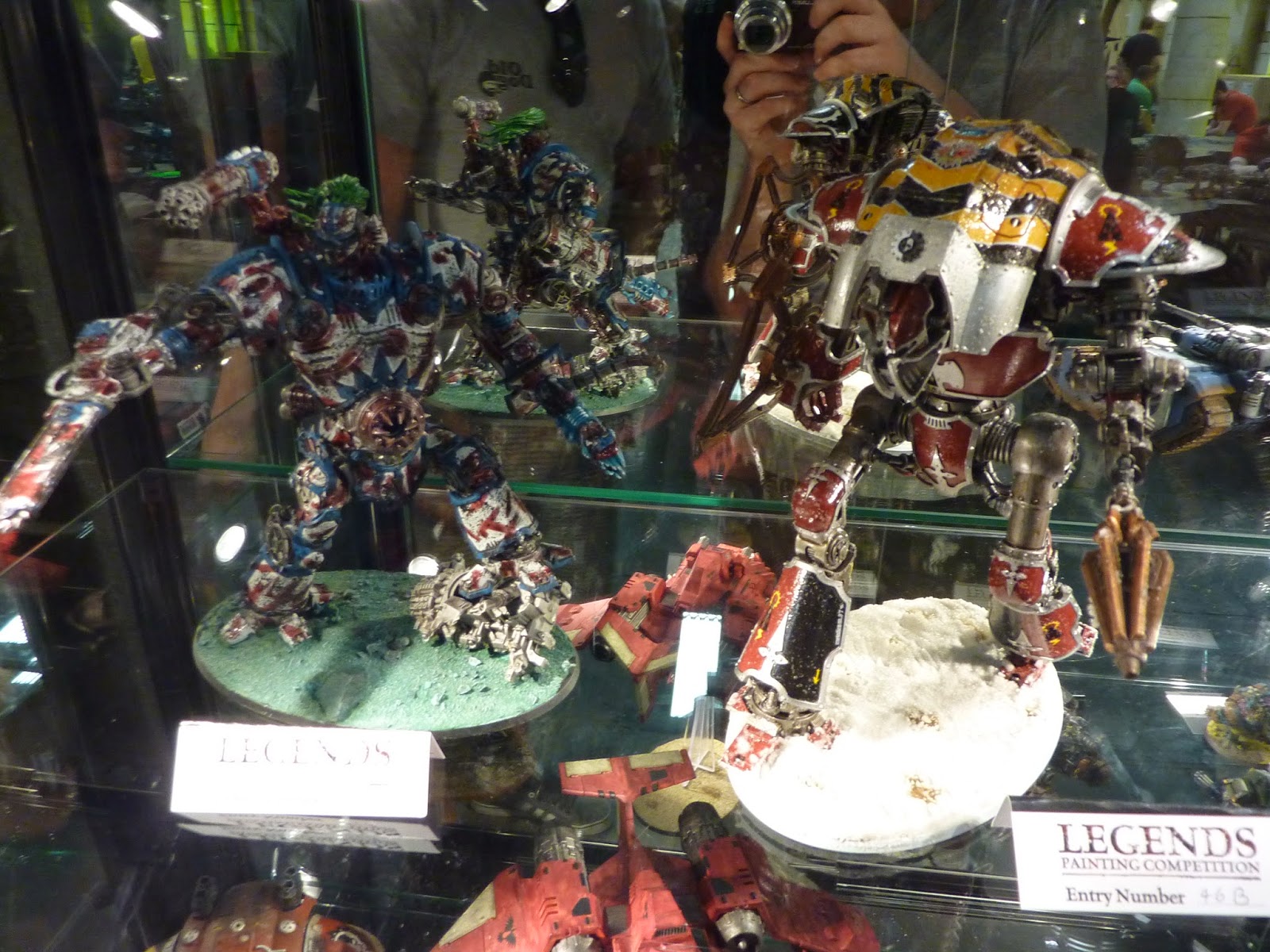 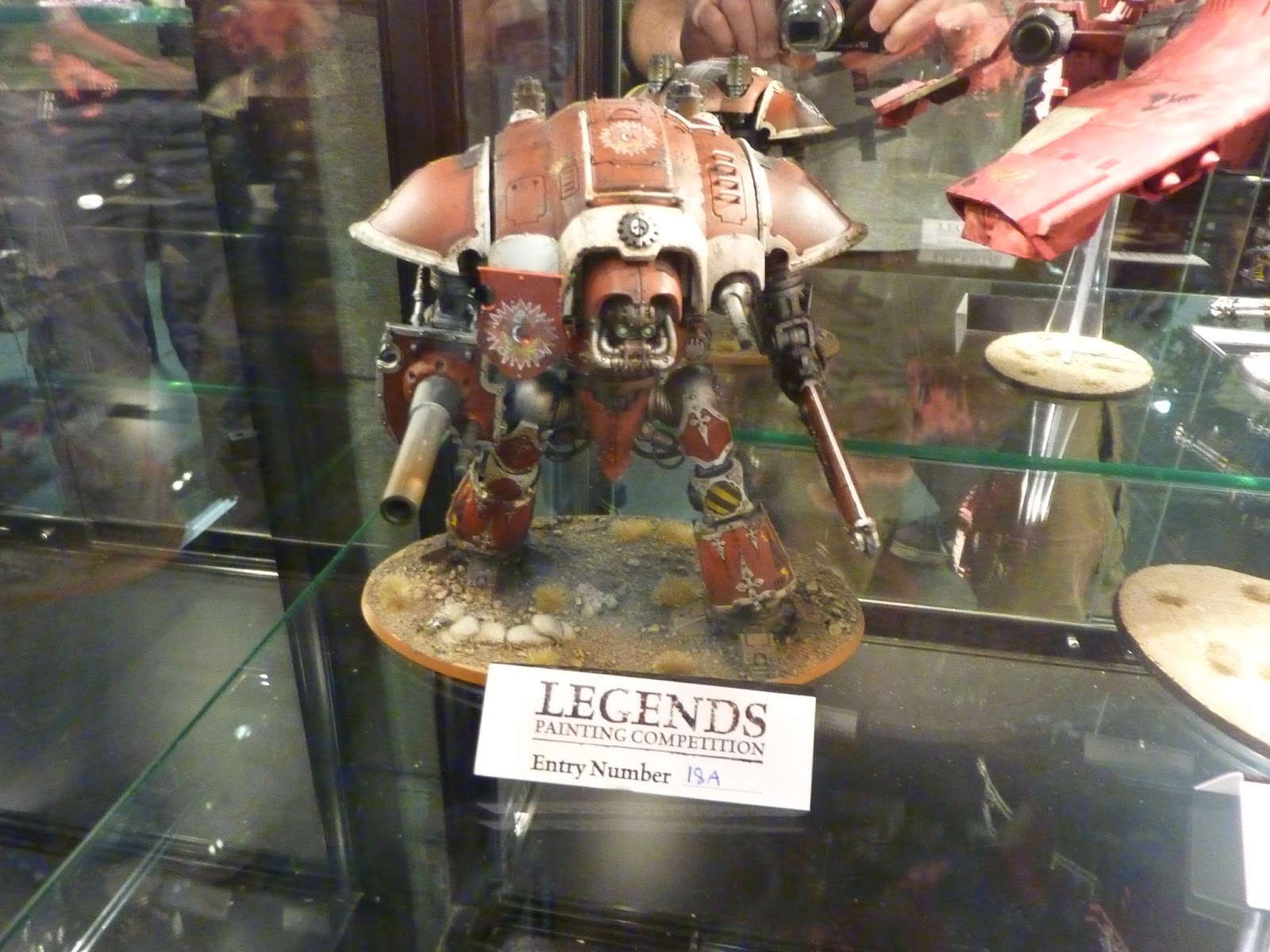 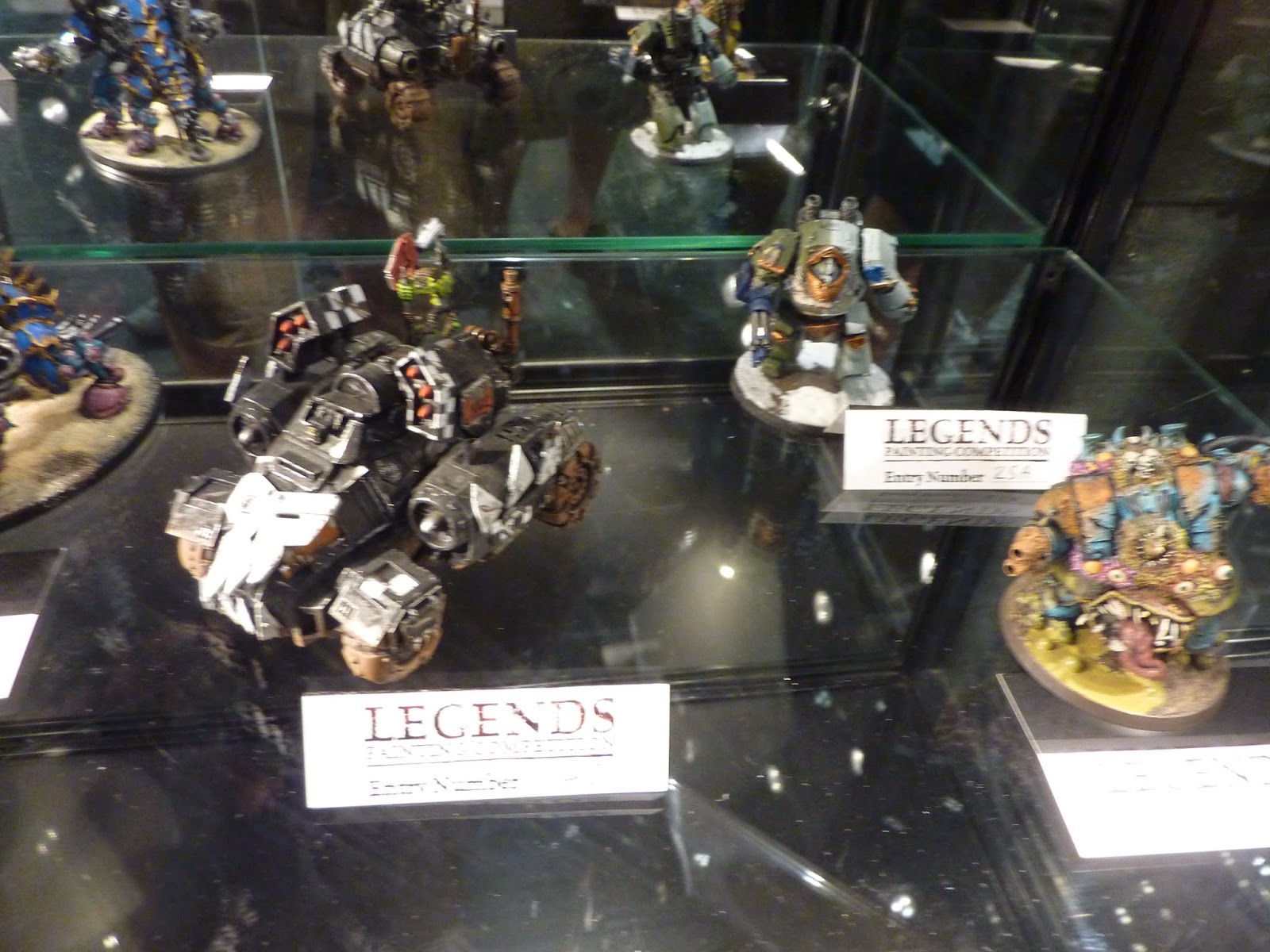 Beast of Legend
This category is, unsurprisingly for monstrous creatures and the like. The eventual winner being the lord of change you can see in the fourth picture which is where my vote went. 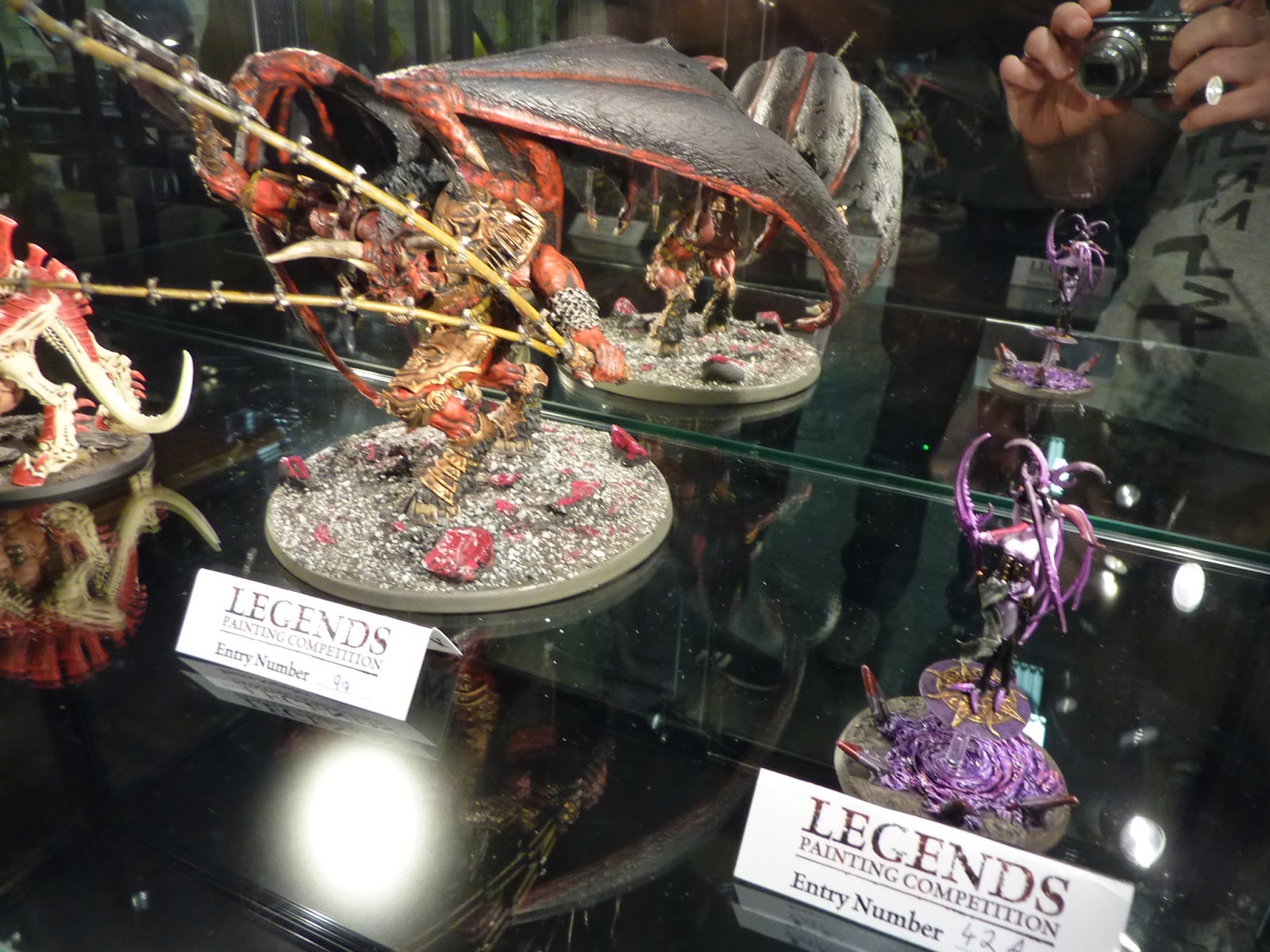 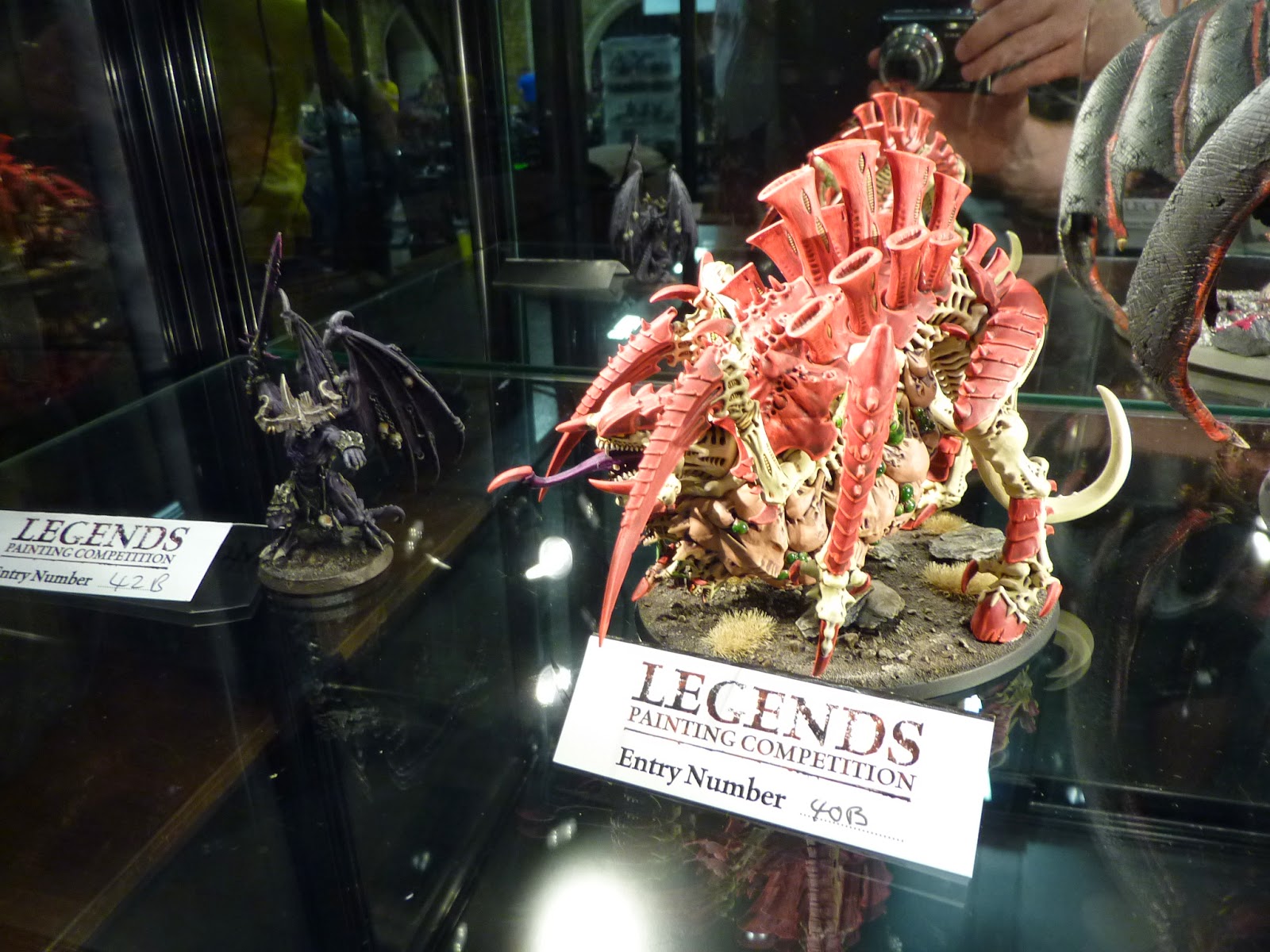 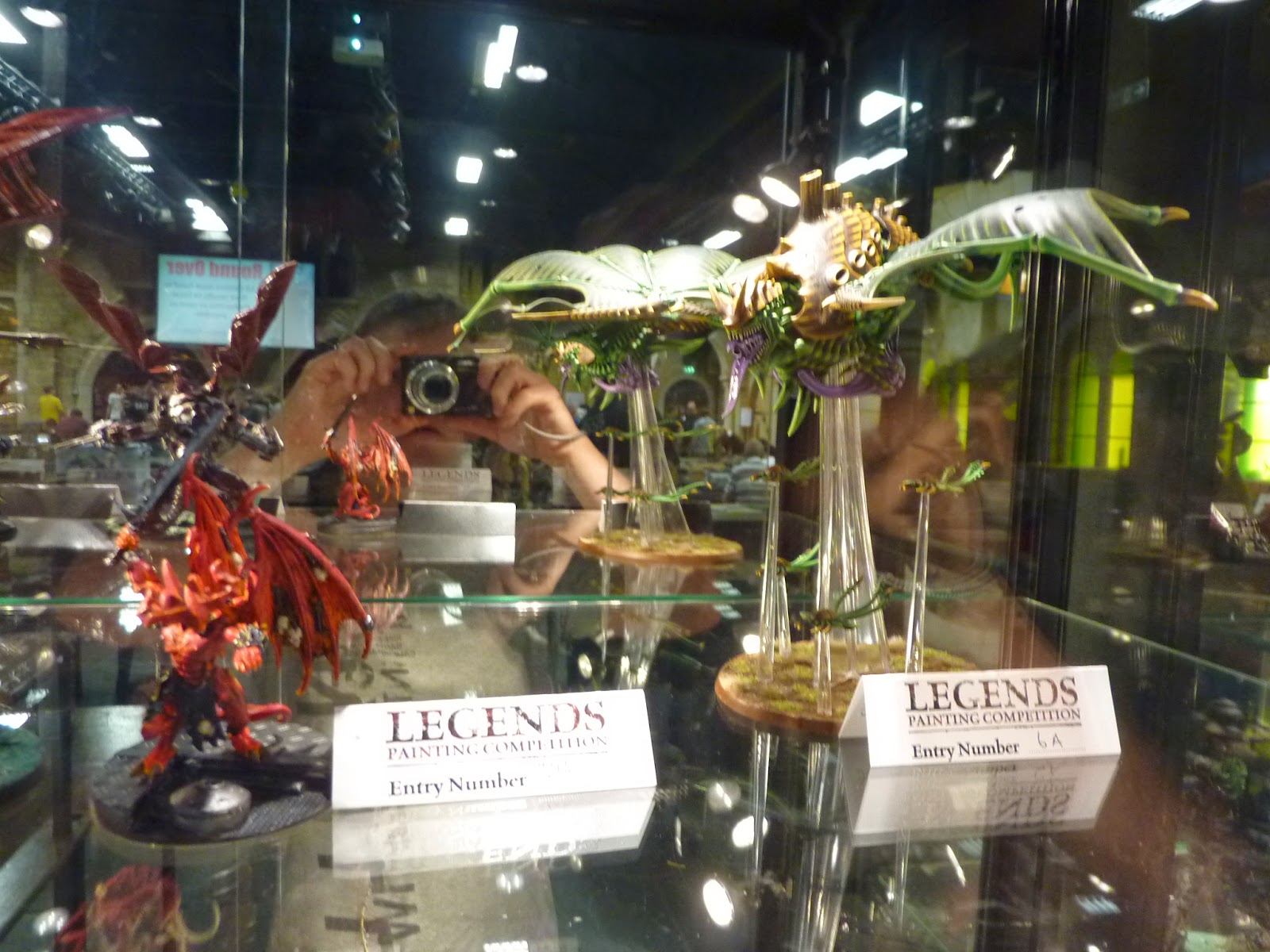 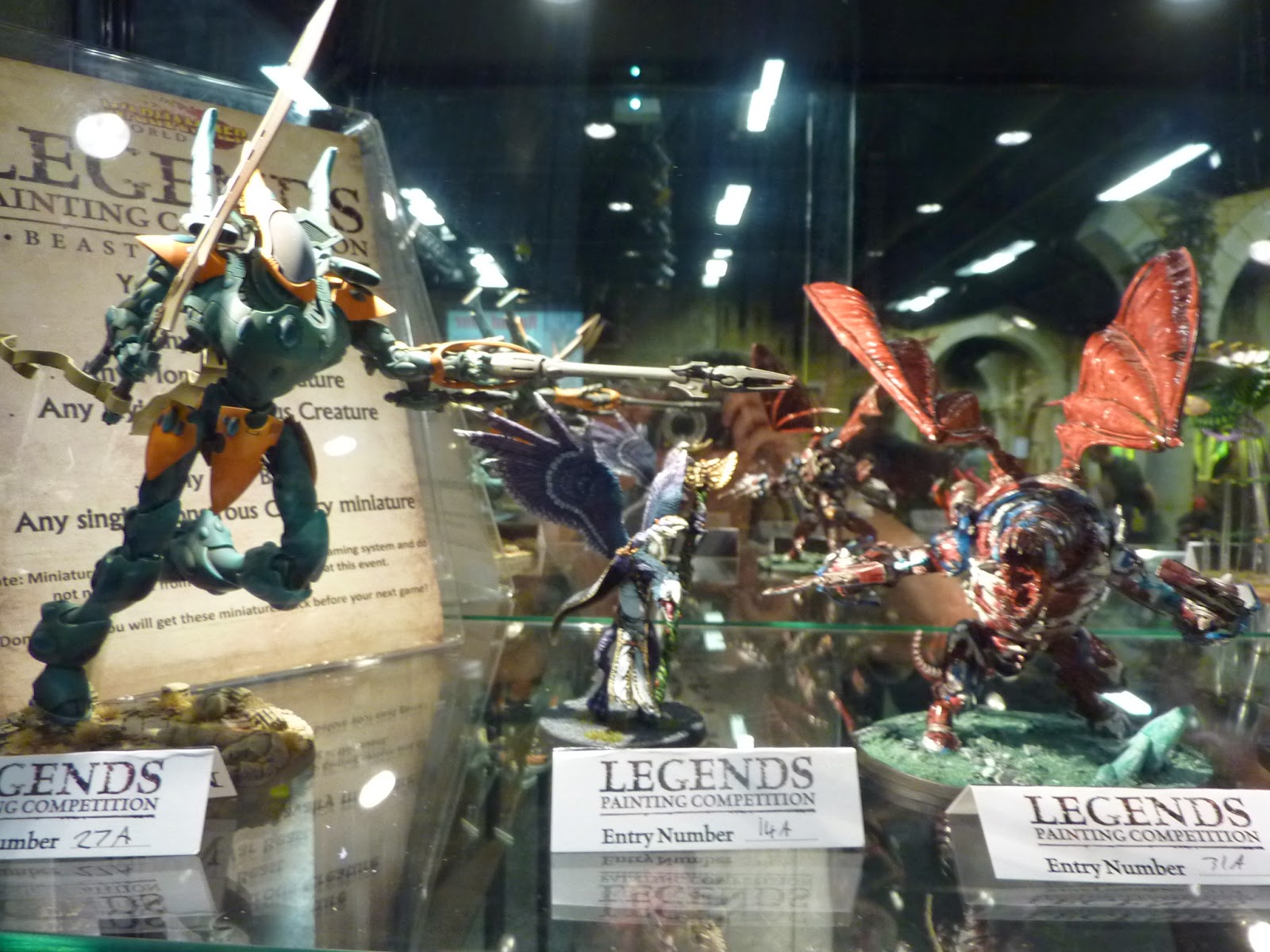 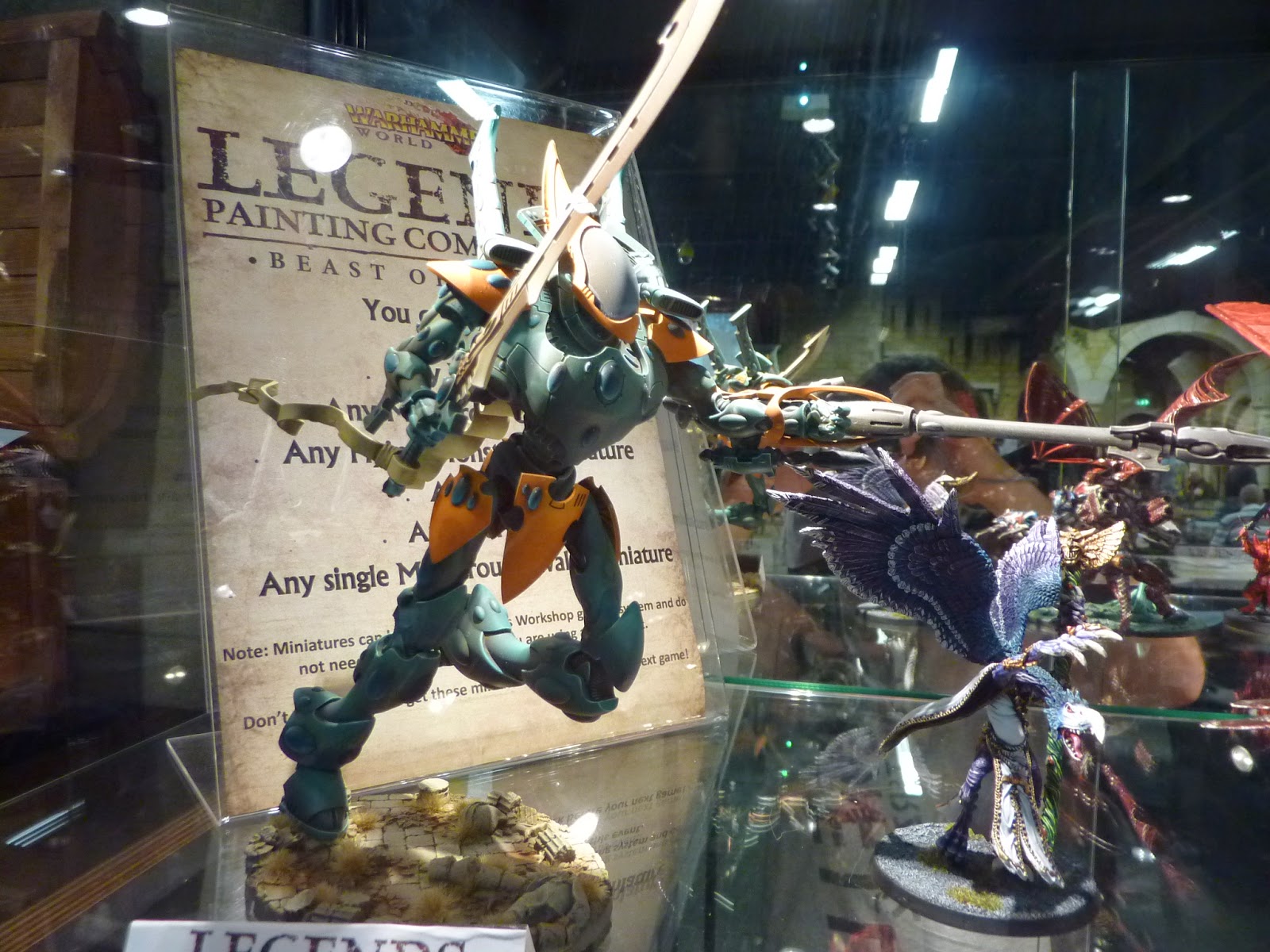