Well it's been rumoured to be happening for a long time but we've finally seen a codex with Lords of War included. Lots of people are saying this will force TOs to include them but basically they can still say "no Lords of War" if they want. Tricky now that it means no Ghaz but it's up to TOs to decide how they want to run their events and players to vote with their feet if they disagree. I'm yet to decide on BW8 but I'll be looking at the SW release closely (which should be soon) to make up my mind on various things. Anyway, let's look at the "new" section of the codex then. 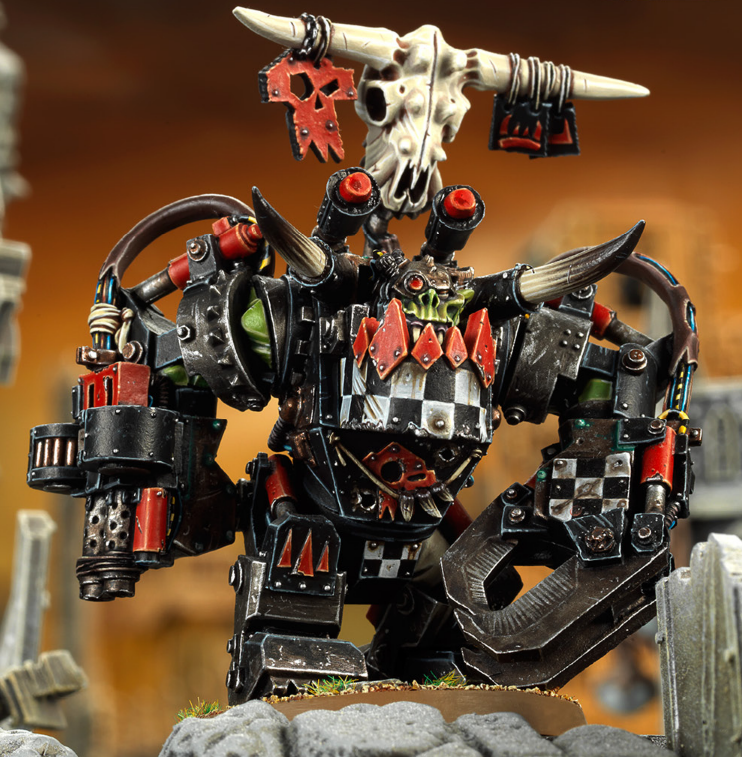 Ghaz was a beast in the old codex. He perhaps lost a bit of his charm in recent months with the amount of firepower some armies could bring to bear but he certainly packed a punch in 5th. He's now found himself squaring up to a Stompa for the single Lord of War slot. That could actually be a bonus as with the Ork Horde detachment you could easily take 3 HQs plus Ghaz. Mind you, most people will be wanting to use his supplement instead.

He's still the same cost and comes with the same basic wargear. Somewhere along the line he lost his Adamantium Skull which is now replaced with plain Eternal Warrior. Sadly since he isn't technically a warboss he can't Waaagh! every turn with the Ork Warband formation. His Waaagh! gives Fearless for a game turn thanks to his Warlord Trait and he still gets a 2+ invulnerable save. He no longer gives an automatic 6" run but does allow Meganobz to run despite Slow and Purposeful.

It's odd really that he's become a Lord of War but is actually worse than when he was just a regular HQ. Shame really and frankly the supplement doesn't really make him personally much better. 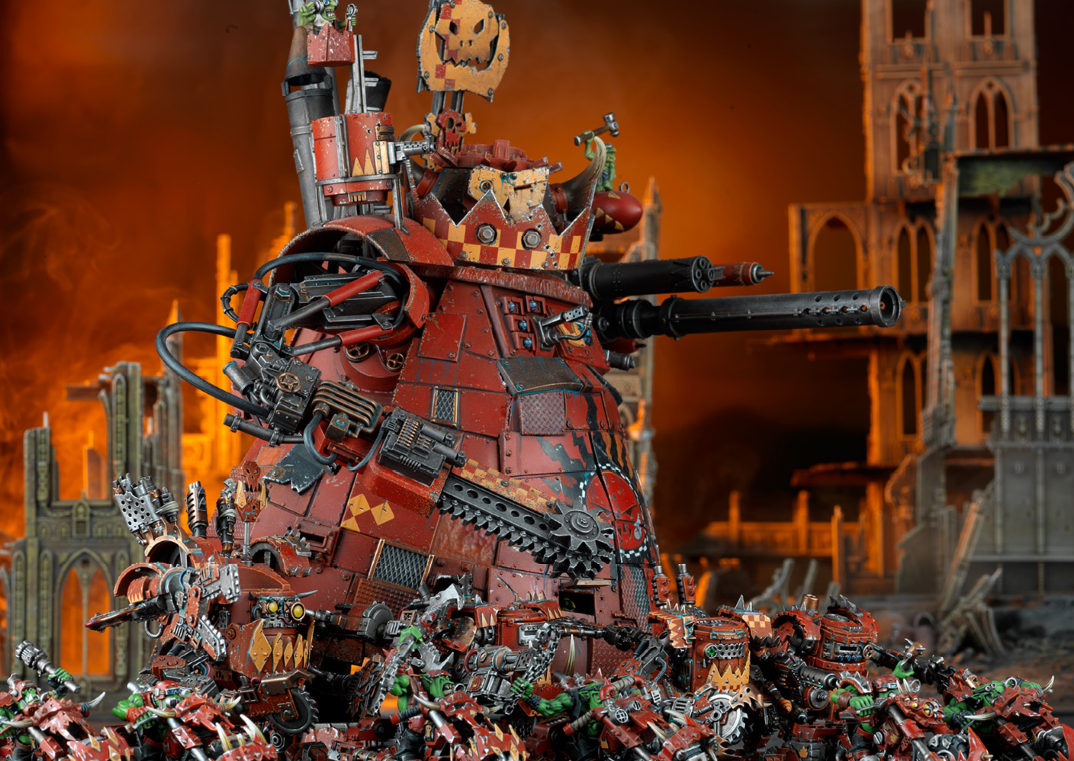 Nothing has changed about the Stompa from the version which appears in Apocalypse and Escalation. Well except that you can take Grot Riggers to make it a nice round 800 pts. Of course the destroyer weapon has been nerfed with the new rules but since it's CC anyway it isn't that big a blow.

Stompas are deceptive really. When you read them you think this is some unstoppable gargant spewing torrents of fire in all directions. What you actually find is that they rarely hit the target and often the supa-gatler jams up early. A lot of the time they just act as a walking distraction and an oversized troop transport. Still I've always enjoyed using them and they can be a lot of fun when things go right. Effigy is suddenly a lot more appealing now Fearless is more useful too.

In smaller games they can be utterly devastating but in larger games they're likely to be brought down pretty quickly. Still with a nearby KFF and some meks inside the thing will be pretty tough to shift for most armies. Like a lot of things they're a style choice. Some people would never dream of running them but others will enjoy the look on people's faces when they plonk them on a table at a tournament. I intend to get a lot of use out of mine but mostly for friendly games at home.

Conclusion
The worrying thing for me here is the precedent that GW are setting by including them. Stompas were hardly game breaking even with the old Destroyer rules and I don't think that's changed. We're probably a long way off another Eldar codex for Revenants to be included but Necrons will probably arrive sooner and bring a Transcendant C'tan with them. I think I need to revisit the Lords of War in the Escalation book to decide if that's such a bad thing or not with the new Destroyer rules.

More worrying still is the thought that other special characters could become Lords of War. I'm pretty much certain that'll happen to Logan in the SW book but that won't be so earth shattering as there isn't really a super heavy for him to compete with.

This section of the book is going to be contentious. With the Ghaz supplement proving valuable to Ork players they'll probably want/need to take Ghaz to unlock the formations in it. I just don't understand the reasons for moving him into a section where he feels woefully out gunned. For the points he's probably more useful than the Stompa but some players will want the gargant every time. Time will tell with the other books I suppose.
Posted by From The Fang at 17:00:00