Your Armies for Double Trouble (Part 5)

Here's another update on some of the armies in progress in the run up to Double Trouble. Keep the emails coming with photos and a bit of a blurb (if you want). Today we have another couple of entries, both updates on armies we've already seen on this showcase.

First up, Matt Calow who, you may remember, was doing his own custom 3D printing to make his army truly unique. I'll let Matt tell you more about it: 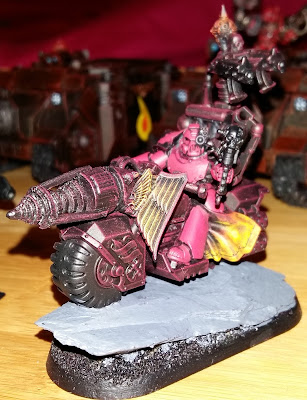 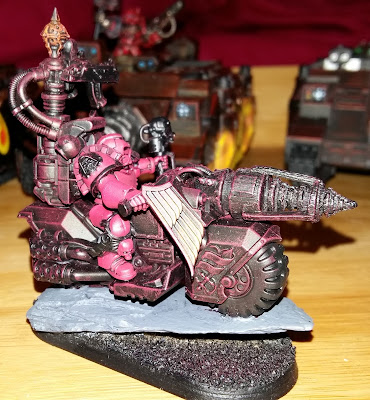 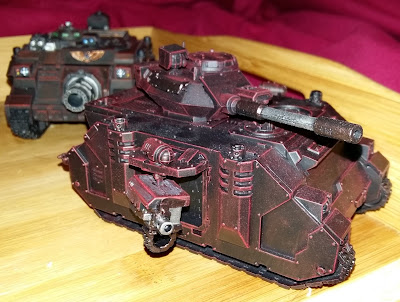 Thought I'd send some pictures that are slightly more representative of my current army progress!

As you might be able to guess, I'm taking an Armoured Task Force. Of course, for DT, we can't take any unit more than twice, so that is a full Linebreaker squadron of Vindicators! God-Emperor help me, but I love that big boom! ( I am aware that just by pointing that out before the tournament, I am never going to get to use it... I can always pray to the Omnissiah?!) I did bring these to BWX, so I am pretty happy with them. However a model is never truely finished, so I might make some tweaks and additions as time allows.

The Techmarine is almost finished; I want to make his armour a richer red and i still have to do his metallics and details, but he certainly isn't too far away. an evening's work at most.

That just leaves the Predators. Both I have almost everything to do on painting-wise. It's not a time consuming scheme so I shouldn't have a problem getting them ready in time, but because I know that I keep concentrating on other things (like my Heresy Dark Angels...) so hopefully a little internet shaming might give me a little more focus!

Think that's it for now. One of my fellow DT competitors did convince me I could make space in my army list for a Whirlwind as well. Fortunately for my opponents, the maths doesn't quite support that.

Next up tonight we've got another update from Dan Wellington:

Hey again. If you are interested here are some more pics. A couple of the Breachers and one of the whole gang. I think they are finished now... 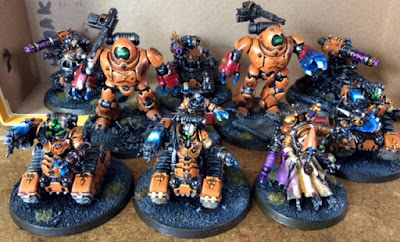 I think both armies are looking excellent. Dan's doesn't look much for 750pts but I know it'll pack a punch! Be interesting to see how Matt gets on with finishing his army. I've sidetracked him with a super secret project of my own though.....