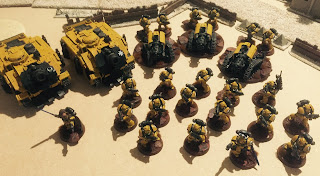 First off, there are still a few spots left at the event if anyone hasn't got their ticket yet that fancies coming along. Hopefully everyone is getting there with their armies by now. Keep sending in your photos! I bought Total War: Warhammer so you can guess how my army is progressing. I'm in a bit of a quandary about it. I don't think it's fair for me to field unpainted models when I'm expecting three colours from the rest of you but at the same time I'm just not going to get my DE finished and I'd love to bring them. Might not ultimately matter because I may not even be playing but I'm considering swapping out for another army that's either painted already or requires less work. What do you guys think?

Anyway, just one army tonight folks. Chris Buckle has been literally bombarding me with updates for his Imperial Fists so I'd thought I'd give him a full post for it all. Here's his fluff:

This is a representative element of the VII legion's 97th Siege Battalion. Under the command of Consul Maximus Heran.

The 97th Battalion is a dedicated front line shock unit, designed to destroy enemy hard points and create holes and vulnerabilities in the enemies formations that can then be exploited by further supporting armour.

This unit served loyally to Dorn and the Emperor during the great betrayal and earned a reputation for their counter assault abilities, particularly in tearing down the hardened fortifications of the Iron Warriors.

Maximus Heran was promoted through the ranks during the Siege of Terra as subsequent higher ranked officers were killed by the traitors, until by the time of the heresy's end, he reached the rank of Praetor. Although the 97th survived the Heresy relatively unscathed, they lost suffered a 94% casualty rate at the hands of the Iron Warriors in the aftermath during the Iron Cage.

Due to the introduction of the Codex Astartes, the few remaining battalions of the Imperial Fists into the standardised chapters and companies that were prevalent well into the 41st millennium.

The fate of Heran and the remnants of the 97th Battalion are unknown.

First up some WIP shots: 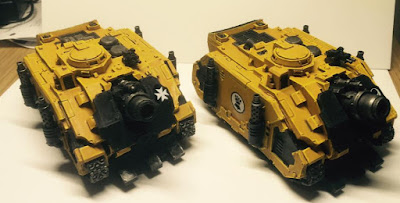 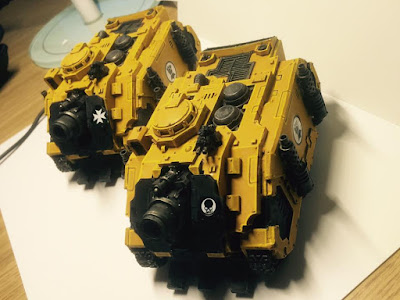 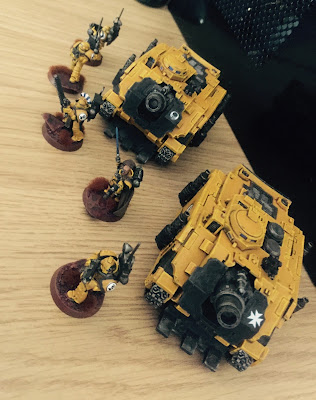 Finally, some shots of the full 750pt army: 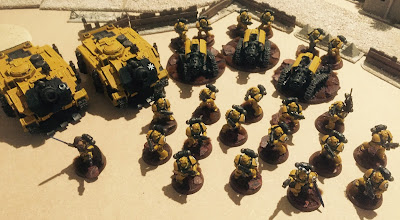 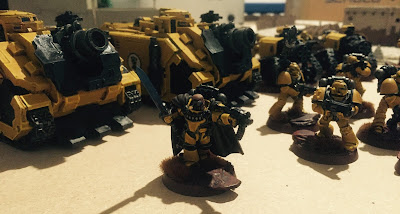 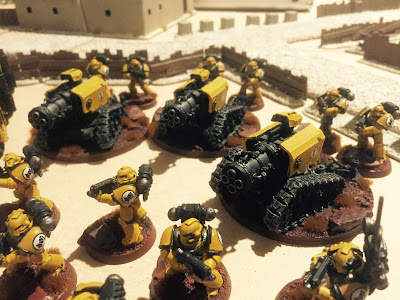 Awesome work Chris. I'm insanely jealous of your progress. Wish I could find some drive to paint at the moment. Keep the updates coming folks....
Posted by From The Fang at 23:06:00