Your Armies for Double Trouble (Part 3)

Well, sadly I've still made no further progress on my army. Matt and I did head down to WHW yesterday for some playtesting of the Double Trouble stuff though. More on that in another post later in the week but for now I want to show you some more stuff that's been submitted.

First up we've got Nathaniel Gibb's Dark Eldar. Nathaniel was a regular attender at Blog Wars and I'm really happy that some of the BW veterans are giving their support to my new event. I hope their trust will be rewarded with an excellent event. Anyway, as you can see from the pictures, Nathaniel's DE aren't your standard fare. They're all heavily converted in a dark carnival theme. 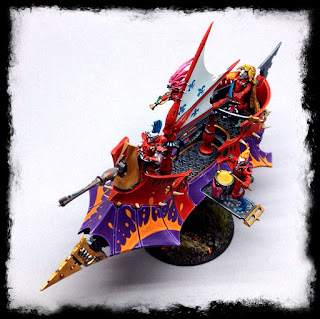 I've seen similar things attempted before but normally it's just a bit of kit bashing with the Harlequin stuff. Nathaniel takes it to a whole new level though with some resin casting and green stuff work. It really puts me to shame that I can't even paint my off-the-shelf models and here he is pretty much designing, converting and painting from scratch! 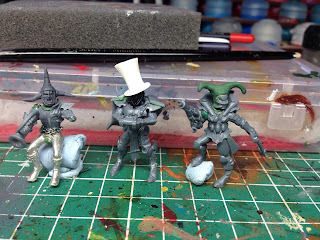 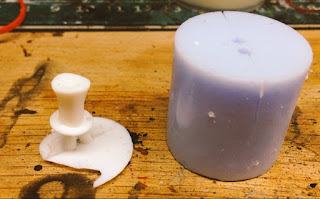 I can't wait to see Nathaniel's work at DT. I'm sure it'll be a hard act to beat in the Best Conversions competition. Still plenty of other armies out there though so we'll have to wait and see. Anyway, you can follow his progress over at his blog, Objective Secured. Well worth a visit. There's still work to be done before the big day! 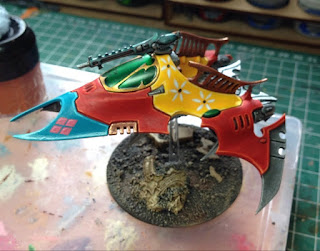 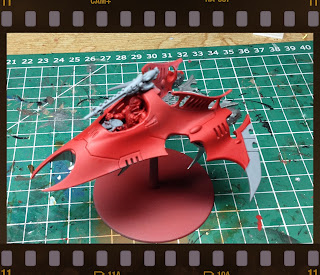 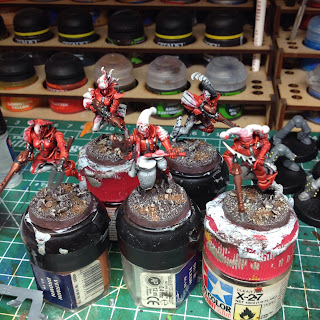 Next up today we have some Daemons from Tom Capper. Again, Tom (and his brother Luke) are veterans of Blog Wars. That's not to say everyone coming is a veteran though. There are several names on the list that haven't been to an event before. Anyway, Tom's army is coming along nicely with a striking colour scheme that fits with the excess you'd expect from Slaanesh. 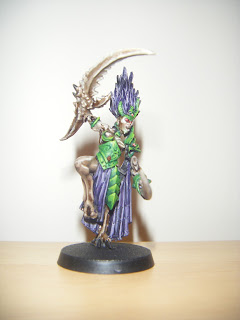 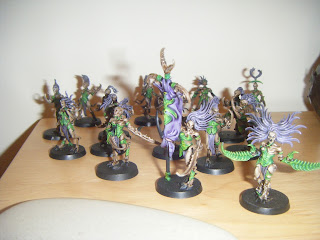 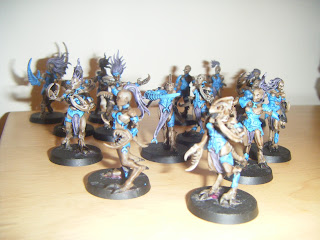 Right, next post will hopefully be a rundown of the playtesting from yesterday and a discussion of the tweaks I'm making to the objectives. Nothing too drastic I promise!