Your Armies for Double Trouble (Part 4)

Really pleased to see that everyone is getting on board with this little series. Today I'm presenting two more armies in progress that will hopefully be seen in their finished glory at Double Trouble. First up it's Jonathan Lyness' Khorne Daemonkin army. Here's what he had to say about them:

"As always I like to send you in images of my crudely painted dudes so for your perusal I've attached some images of my Khorne Daemonkin army I'll be bringing. The1st Cultist group is done (-ish... when is anything ever done?) but I've got another unit to paint up soon. The heldrake is a heldrake not much to see here (mind you I need to do another flyer stand to match the army). The helbrute is in pretty much the same state as the heldrake... Getting there...

The slaughter priest I feel is a good proxy for a Chaos Lord especially with that big axe! Who doesn't love a big axe! The Khorne sigil toting dude will be with the berserkers.  Sorry don't have an image of all of them yet as they are hidden somewhere right now. Which pretty much just leaves building and painting the contents of the start collecting daemons of Khorne box set for summoning purposes.  (you can let everyone know I don't have a bloodthirster so they won't see one of those summoned!)" 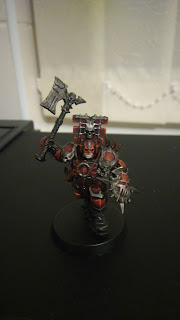 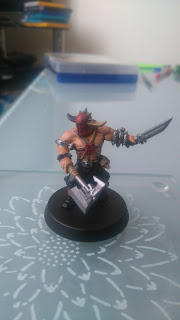 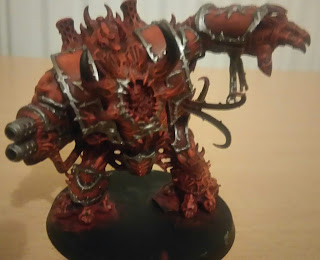 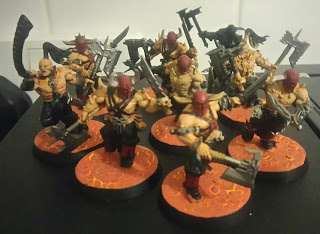 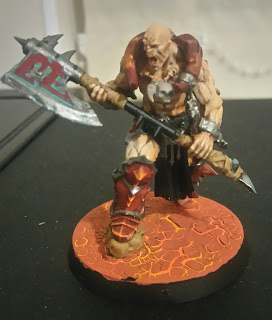 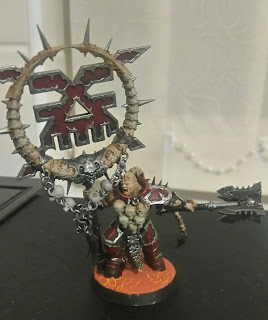 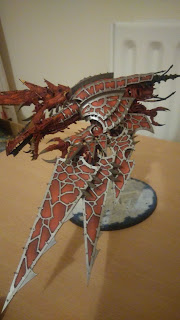 Right then, next up it's Matt Calow and some Space Marines. There's a noticeable absence of paint on these guys which I frankly find reassuring since it makes me feel better about mine. Here's what Matt had to say:

"Starting off, I've got my Techmarine on a bike with a conversion beamer. He is actually all but painted now, but I've not got round to taking any photos. Once again, I've been making use of the 3D printer at work to create a conversion beamer that sits on the front of the bike, even for the base, although I decorated it with some real slate. Aside from that it is a fairly basic kit bash.

Secondly, I've got my old Predator that, after almost a decade of neglect, my Predator Annihilator. A while back I stripped the venerable tank and haven't had a chance to fix it yet, so this seemed like a perfect opportunity. As well as the classic bits, I've used some plasticard to build out the structure and a few more 3D printed parts.

I've been slowed down a little by working on some Dark Angels for a Horus Heresy event, but I'm going to concentrate on painting my list for DT this week (he says with the Dark Angels Contemptor on the desk in front of him...)" 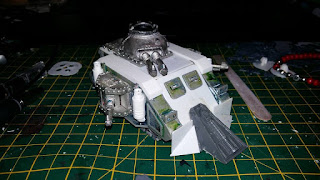 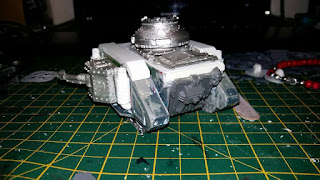 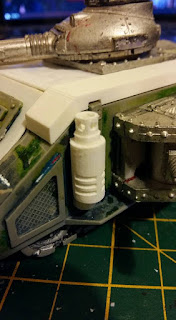 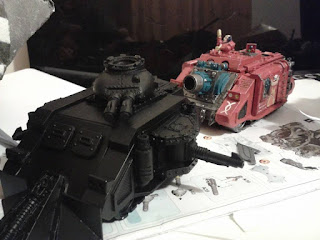 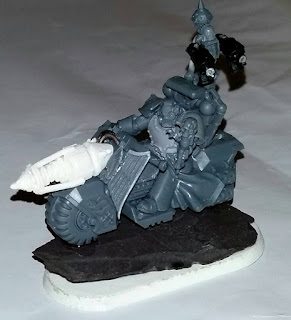 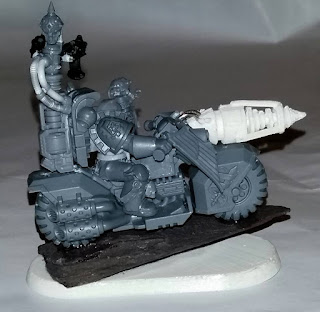 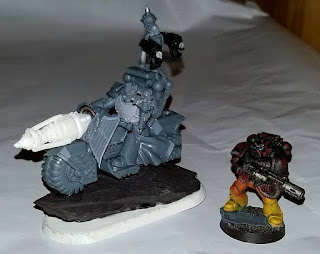 More great stuff then. I'm away on a stag this weekend (blogging whilst I wait for the other guys to arrive and chaos to descend). Once I get back I'm going to have to put some serious time into my own army. I'd hoped that I'd find my DE really dull in playtesting but come back on Sunday and I'll explain why that didn't happen.
Posted by From The Fang at 18:00:00