Once again this is a short section when you remove the Land Raiders. They're the same as the other marine books again and as with the Rhino/Razorback they no longer have any GK extras to set them apart. Whilst this might be frustrating for GK players it does make sense and removes some of the silliness that we saw in late 5th edition. Anyway, here's Matt. 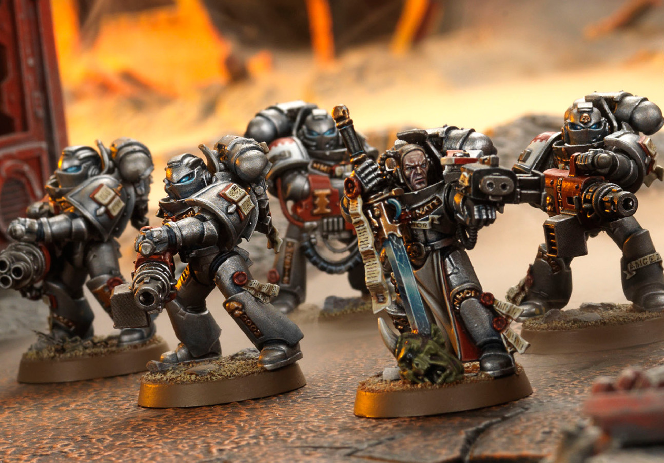 Purgation squad
Same problem again here with special weapons. Psycannon and Psilencers work best when the unit doesn't move, but the problem is they are 24" range, not good. However, 4 incinerators in a squad is good. Night Vision special rule? Why? Shame they didn't give them Relentless or Slow and Purposeful instead, if they had then these would have sometimes been selected over a Dreadknight…

Dreadknight
This is the star of the codex, just as it was in the last codex for me. I've always loved these guys, I've run two of them in an army on countless occasions and taken them to many tournaments, they were always a solid choice with a Personal Teleporter and Heavy Incinerator. Both of which have remained the same thankfully. Everything else about this guy has gotten better though.

Firstly, he now comes with Sanctuary as standard and so can boost his invulnerable to 4++, this makes him much more survivable especially when in combat against other MCs as he will usually strike last but also usually strikes harder due to his Force weapon. Which leads me onto his melee weapon options, you will always need to upgrade your Dreadknights to either the sword or hammer, just so that they have a force weapon, you will thank me next time your Dreadknight is facing off against a Wraithknight. If the 4++ keeps him alive and his force weapon is active then whatever MC he is fighting against will die, be it a Wraithknight, Hive Tyrant or even a Bloodthirster. 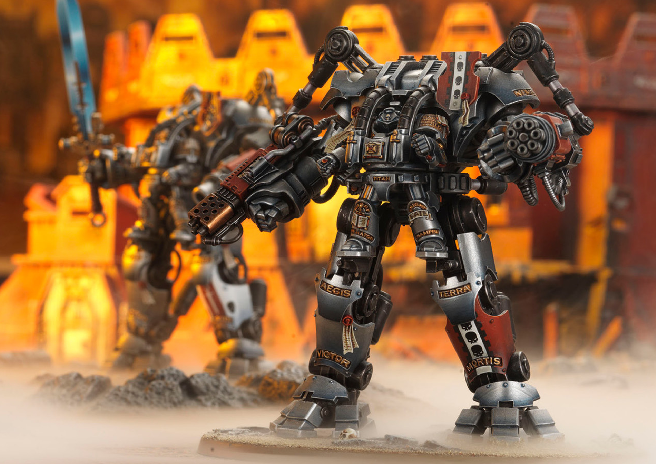 But the best improvement on this unit has to be the ranged weapons. All 3 options are now great. The Heavy Incinerator, as already mentioned, stays the same and so remains a solid choice, even against 3+ armour or better the fact that it's Torrent always allows you to score a lot of hits, obviously it shines against 4+ or worse though. The Heavy Psycannon used to be a Large Blast S7 Rending, pretty rubbish if you ask me, that firing option remains, but the second firing option is to have it fire 6 S7 Rending shots, great for a bit of anti-tank and against well, pretty much anything really. The Gatling Psilencer, however, used to be rubbish against anything non-Daemon. But now it is a 12 shot S4 ranged Force weapon which is an awesome idea!

Now I’ve read many people saying that the Psilencers just aren't worth it as strength 4 is just too low to kill anything. I agree if talking about the regular version, but the gatling version on a Dreadknight pumps out 12 shots on the move, that's 8 hits and around 3 wounds on a T5 MC such as a Daemon Prince, therefore if said MC has 3+ armour he will statistically fail one save and therefore die due to force!

Basically these are now even more awesome and everyone running GK will run them, it's just a shame they didn't get another wound as I'm awful at rolling 2+ saves…

Another unit I'm not looking forward to facing. The saving grace is that if a GK player goes for a GK-specific detachment he'll only be fielding two Dreadknights. Nevertheless with a whopping price reduction they seem like an automatic choice. I'm generally not a fan of this but having used them as part of our old doubles list I can't hate it that much!

One last post to go in this GK review where Matt will be looking at Draigo and the codex formation before wrapping things up.
Posted by From The Fang at 17:00:00