Onto the Elites section today and there's a lot more to love than in the Troops section. It makes sense that the GK-specific detachment has limited Troops but extra Elite slots. Anyway, I'll hand over to Matt and he can explain in more detail. 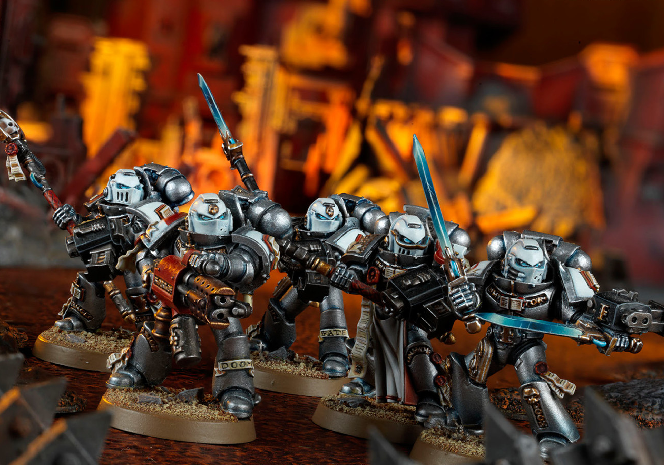 So this is the unit that everyone is excited about, mainly due to them having the Cleansing Fame psychic power as standard. This is quite a big deal, it's a 9" Nova that is essentially a heavy flamer with Soul Blaze (i.e. S5 AP4 Ignores Cover). Against some armies this could turn out to be really brutal, for example Orks, AM or Tyranids troops will all die in droves on a 2+ with no saves. Even units in heavier armour have to worry if there are lots of Purifier units around all with the ability to blast out 2D6 heavy flamer hits to all units around them. It is worth remembering that a Nova automatically hits all enemy units within its range, this includes FMCs and flyers and even units locked in combat! Of course this all sounds great but the problem is that the power is only 9" range and Purifiers are just marines in power armour when being shot at so it is difficult to get them close enough. A good tactic though is to stick them in a rhino, because the power is a Witchfire it can be cast from the rhino hatch, also Purifiers can be taken in a squad of 10 and put inside a rhino at the start of the game. They can then combat squad into 2 five man units doubling the generated warp charge and Cleansing Flame casting in the process!

There is much more to Purifiers than just Cleansing Flame though. I've already mentioned warp charge generation and because they are ML2 a few small Purifier squads really start to add dice to your warp charge pool. Also when compared to a Strike Squad they have 1 extra attack, are all Fearless and their close combat attack have Soul Blaze! All this for just 5 points more per model than a Strike Squad member. This is why you want 4 Elite slots. 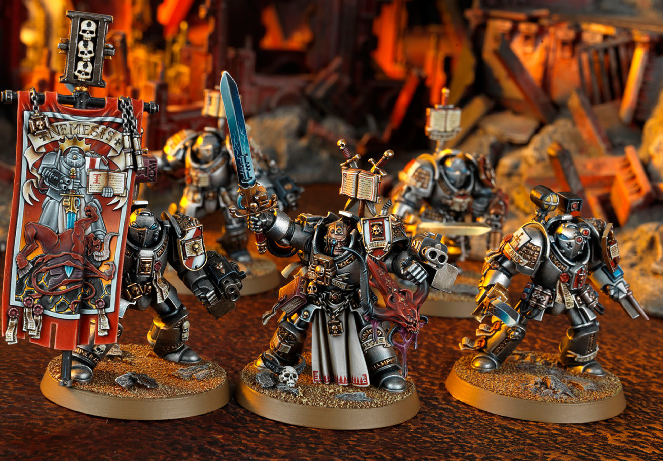 These guys are the GK elite. I love the idea of them and they are pretty mean considering that they are all 2 wound terminators with weapon skill 5. The problem with these guys is the cost, just as it was in the previous codex. They are 55 points each and when you consider that 2 regular terminators are 66 points you begin to wonder if they are worth it. What I mean is that the rest of the stats are the same, so you are only getting 2 attacks per model just as you are with a regular terminator, so if you instead buy 2 regular terminators instead of one paladin you will have twice as many attacks and the same amount of wounds, but the paladin can be instant deathed, whereas you would only lose one regular terminator to a strength 8+ wound.

However I am certainly not saying that I wouldn't run them, there are plenty of upsides to running Paladins when compared to regular termies. For example you can take 2 special weapons for every 5 models with Paladins, this means that they could go in a Land Raider and carry 2 specials into battle, whereas you would need 10 terminators to do the same. Also they are WS5 and so hit most things on a 3+, that's quite a big deal. But the biggest bonus for me is the fact that you can upgrade one Paladin to an Apothecary which gives the entire unit FNP, this can make the unit seem almost invincible against some armies.

I think that overall Paladins always seem very attractive until you start to write a list with them in, where you quickly realise just how many points you can sink into them. Just like all ground troops they suffer from the lack of mobility, I certainly don't like the idea of keeping them off the board in reserve and even with Gate of Infinity you can't risk deep striking them too close for fear of a mishap, so they just end up too far away and struggle to catch things in combat (enemy units tend to stay away from paladins for some reason), of course this is not always the case and with multiple units close to the enemy lines they can often get in but it is often a problem for a flashy expensive close combat unit such as this. Even with 2 Psycannons they are not worth the points to be used as a ranged unit, so ideally it would be good to have them in a Land Raider, but of course this makes the points problem even worse and before you know it you've spent half your army's points on one unit! 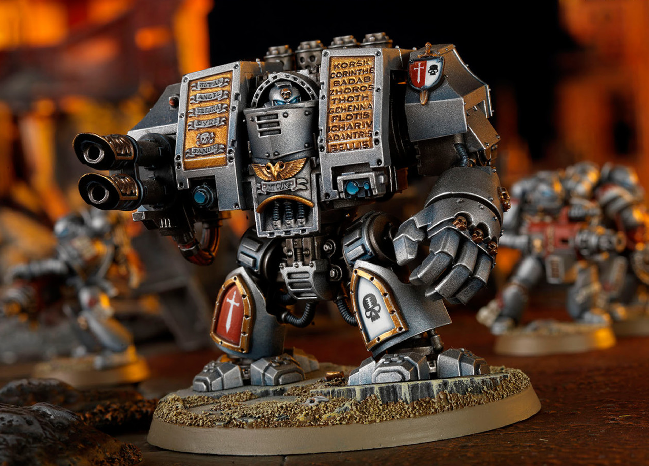 These used to be standard fare in a 5th edition GK list. Everyone ran them with 2 twin lined autocannons with psybolt ammo (which raised the strength of the autocannons to the magic 8). However psybolt sadly doesn't exist anymore and even if it did those Dreadnoughts are nowhere near as effective due to autocannons being unable to destroy any non-open topped vehicles without stripping all the hull points. So basically this turns into a regular SM dread with mastery level 1 and the ability to give itself a 6++. Not great when you consider the other Elite slot options available but possibly still worth considering to mix it up a bit. Dropping or charging from a Stormraven is still a good tactic and dreadnoughts are generally better now due to the increased durability of vehicles in 7th.

I can't say I'm looking forward to playing Purifiers in our next game (which will have already happened when this post is scheduled to go up). I already experienced them in the FAQ'd version of the old book against my Orks and Cleansing Flame proved disgustingly good. It's a shame they feel like an auto-include but I can't pretend I don't love the way they look with the white helmets!

We're around half way through the book now and I'm hoping people can see the positives despite the negativity that has surrounded this book.
Posted by From The Fang at 17:00:00