Another short section today. Once you take away the dedicated transports you're left with just the Interceptors and Stormraven. Anyway, over to Matt.

I'm only going to cover units unique to Grey Knights as everyone knows what a Rhino and Razorback do. There's no difference now from the SM version as Psychic Pilot, The Aegis and Fortitude no longer exist. They may get mentioned within some unit reviews though. 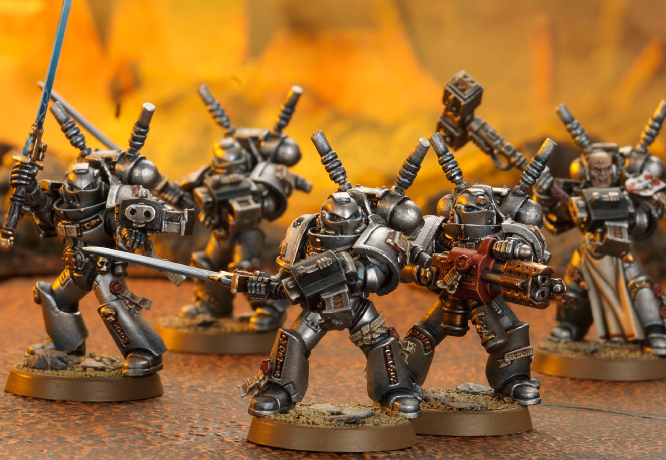 When I learnt that a new GK codex was coming out one of my first thoughts was that I don't own any Interceptors and that they may end up being pretty good due to their manoeuvrability. However, due to special weapons not working well with power armour (as mentioned in previous posts), Interceptors are not as good as expected. Don't get me wrong I do think these guys are still a viable choice due to their manoeuvrability and the fact that they are essentially space marines with force weapons. They are your best chance of getting foot soldiers into combat without using a Land Raider or Stormraven. I still don't think they will get much use though, mainly because they are 24 points per model which is 1 point less than a purifier… (We get it, you love Purifiers - Alex). 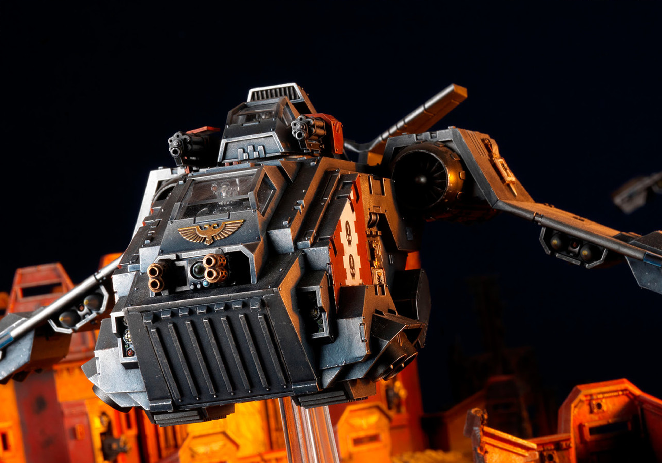 I will briefly talk about this as it used to be unique in the previous codex due to Mindstrike missiles and psybolt ammo. I used to run mine with hurricane bolters and psybolt ammo, this gave it a hell of a lot of S5+ shots, but made it cost more than a land raider. I did used to like the Mindstrike missiles, but only sometimes (i.e. when the opposition had a psyker or two). However, I do actually think that with the loss of psybolt ammo the replacement of Mindstrike with Stormstrike is actually a good thing. This is because Mindstrike were practically useless if the enemy didn't have psykers, and were also useless against the Stormravens primary targets, other flyers. Psybolt ammo used to mitigate this deficiency by allowing you to spam S7 and S5 shots, but for a premium price. Therefore I am saying that if we can't have psybolt then we should have Stormstrike over Mindstrike as this gives the Grey Knights a solid anti-air gunship.

Wow, seems like we're rattling through this book at a fair old pace. It's quite obviously a more specialised army than the Wolves were but that makes sense from a fluff point of view and it was always going to be the case when they removed Inquisition entries. Anyway, heavies are next.
Posted by From The Fang at 17:00:00