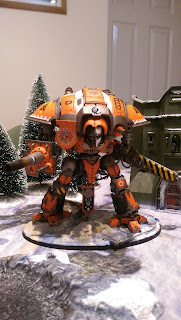 Well folks I may not have completely finished them but I knew that would be a long shot at best with the time available. Bear in mind that I've only been working on these "after hours" i.e. when my wife and son are in bed. I'm looking forward to some full nights' sleep in the coming week! Anyway, I decided at the end of last week that I'd be happy if I got them to a point where all they needed was highlights and weathering. Obviously they're still pretty big chunks of painting but the time cost versus reward is low in my opinion. Enough rambling. Here's the pair of knights that I'll be taking to a doubles tournament at the Outpost in Sheffield tomorrow:

Since the last post I've painted in the areas around the shoulder pad transfers with Ceramite White to complete them before applying a coat of Lahmian Medium over all of the areas which received a transfer. This is to help dull down the shininess of the transfers and hopefully make them look a bit more painted on. When (and if) I get around to highlighting and weathering these fellas, I'll give the whole model a coat of matt varnish through the airbrush but for now I just wanted to sort the transfers out. 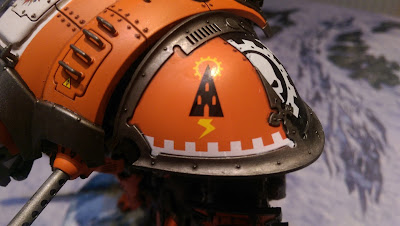 There were a couple of other little details to attend to as well such as the lenses on all of the stubbers. These got the same treatment as the eyes from Caliban Green up to White Scar. They aren't perfect but I can always come back to them at some point or at least give them some 'Ard Coat. 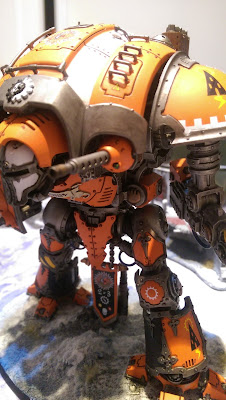 I also put the banners in place. Sadly I only remembered to do this half way through the basing which meant I'd unfortunately shoved some scenery in the middle of the bases that would interfere so I had to do some adjustments! Rookie error eh? 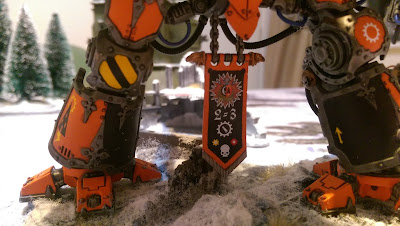 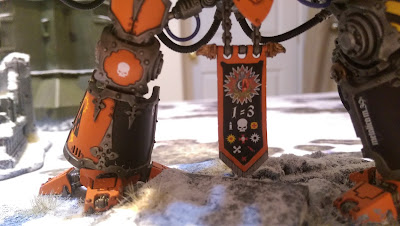 Hopefully the Baron's banner looks suitably different from the Princeps. I took the 1 = 3 to mean 1 of 3 since there's still the half finished original knight to attend to at some point. The bases themselves feature a few bits from the Manufactorum kit plus some rubble. You can't quite make it out but there's also a body of an Eldar windrider on there too! He's roughly painted as Biel Tan as my allies for this doubles will be Matt's Eldar. Question is, has the knight killed the guardian or is he striding over his corpse to avenge his death?

Anyway, the bases got a generous coat of The Fang followed by a heavy drybrush of Fenrisian Grey and a lighter drybrush of Ceramite White. It's the same recipe I use for my winter scenery and hopefully that means they look good with the rest of the pieces I've done so far. Personally I like the contrast of the orange and snow but I certainly need to frost up the legs and banner a bit to make them blend in a bit. 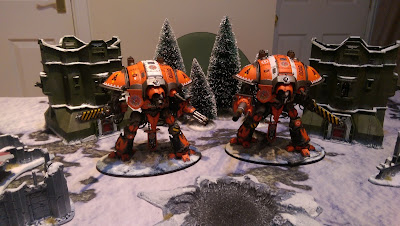 You know what, I'm thrilled with how these guys have turned out. I'm in disbelief that I managed to motivate my self enough to keep painting as regularly as I did. I'm also happy that I went with the orange. It's certainly different to anything else in my collection but I will say that I wouldn't have even attempted it without an airbrush and I certainly wouldn't have been finished on time.

However, these guys are actually far from finished. I need to highlight the metal, black and orange and then apply some weathering both in the form of battle damage and the aforementioned frost. I really worry about weathering after putting so much time into the original paintwork! I've also got the full pile of other weapons to get up to the same standard so I can swap them out for whatever list I want. Not to mention the third Tangryx knight. Oh and I need to come up with that backstory I promised. I'm thinking something a long of the lines of a breakaway trio of knights from Raven going against the vow sworn to Metalica and throwing their lot in with Ryza. Needs work.

Right I'll leave you with a pile of pictures of these guys. Apologies for the poor quality photos but again time was at a premium and I lack a decent lighting set up. They're also pretty hard to get well lit as they're top heavy with the big panels blocking light to the chest and legs. I will of course post a tournament report so you can find out how we got on. Been a very long time since I went to an event that I wasn't running! According to my blog posts it was January 2015!! Wish us luck! 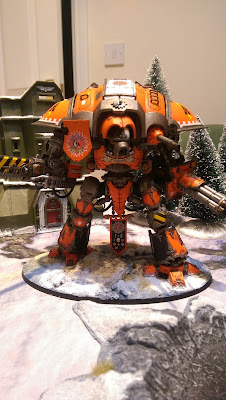 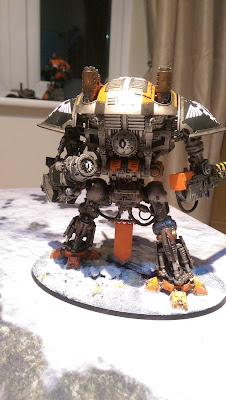 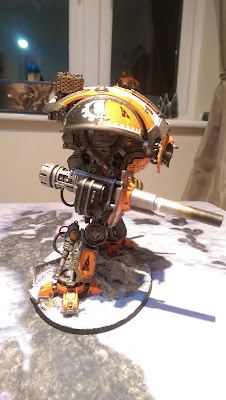 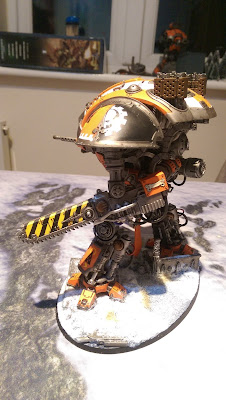 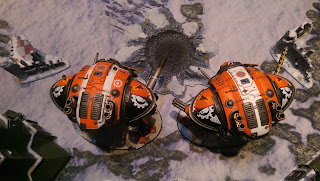