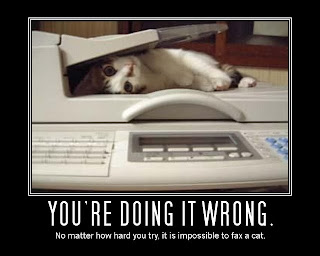 We may be over a year into 6th edition but there are still a handful of things that I suspect a lot of people are doing wrong. Indeed some of them were things I was doing wrong until I had a bit of a read through the book again. This time around I'm looking at the universal special rules. Once again a lot of this stuff I think stems from people thinking the rule didn't change from 5th edition.

One For All, All for One
Minor thing but something that I think gets overlooked. Several rules have the line "one or more models in the unit" which implies that only a single model is required to apply the special rule to the who unit. A good example of this is Fearless. Several characters have the Fearless special rule and now automatically give it to any unit they join. It's worth checking out the rules that your army uses a lot and checking whether they only require one model or if they say something like "if all the models in a unit have this special rule".

Fleet
Big one for the Eldar players and something I'm sure that they wouldn't miss. Fleet not only allows you to re-roll the charge distance but also the Run move. Now this probably isn't that big a deal for everyone else but for Eldar it's huge as a lot of their army has the winning combination of Fleet and Battle Focus.

Concussive
Pretty sure this was the way it worked in 5th edition but it's worth remembering that a model you hit with a concussive weapon will suffer the initiative penalty until the end of the next assault phase. It's probably worth sticking a counter next to them so that you don't forget in the next assault phase. Pretty big deal for hammers and the like against big monstrous creatures.

Hammer of Wrath
For those of you who actually remember to use their HoW attacks (I usually forget) it's worth noting that only models that have made it into base contact with the enemy (you don't get an extra I10 pile in move) get to make a HoW attack. Makes sense when you read the spirit of the rule but I'm sure some will be giving it to an entire squad as long as they're engaged.

Move Through Cover
The rule still works in the same way for movement, giving you an extra D6 when getting through cover. However, it doesn't do anything for charges, you still roll 3D6 and lose the highest. However, another benefit of the rule that gets overlooked is that models with the rule automatically pass Dangerous Terrain tests. This is especially imporant for flying monstrous creatures who obviously don't have to test when they take off from or land in, difficult terrain.

Poisoned
Poisoned weapons are great against high toughness targets but lower toughness is irritating as you still require a 4+ (or whatever) to wound. Well actually you don't. In close combat if the attacker's strength is higher for example S4 vs T3 they'd still need 3+ to wound rather than the 4+ of their poisoned weapon. In addition they'll also be re-rolling to wound.

Sadly this doesn't help Dark Eldar out much as their poisoned guns don't list a strength value (and are hence S1) meaning they still need 4+ even against flimsy infantry.

Preferred Enemy
Can't say I've particularly noticed people doing this wrong but it's worth remembering that Preferred Enemy is no longer a simple re-roll to hit. Instead you get to re-roll any 1s when rolling to hit AND to wound in both the shooting and assault phases. In addition, I can't see anything stopping you using Preferred Enemy for Overwatch.

Rending
This is a pretty stupid FAQ change in my opinion but remember that rending attacks aren't AP2 when they hit a vehicle. They still get their bonus D3 to the penetration rolls but they don't get +1 on the damage table. Can't see a good reason for it but worth knowing all the same.

Slow and Purposeful
Pretty sure everyone knew about this but for those that didn't remember that firstly S&P doesn't slow normal movement anymore but rather it stops the unit from being able to Run. Secondly, models with this rule can't fire Overwatch. Pretty big deal for the likes of Thousands Sons for example. Worth remembering if you're facing them.

Conclusion
Nice short post for a change. I don't think there's all that much that people may be getting wrong with the special rules. For the most part they're actually pretty similar to 5th but, as I say, I think that's what trips people up.

Are there any rules you're seeing people messing up? Have you been to a tournament recently and had it pointed out to you that you're doing it wrong?
Posted by From The Fang at 17:00:00