Retiring from Tournament Organisation (after DT4) 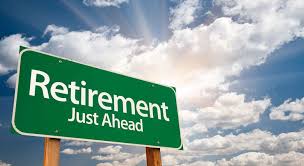 The title pretty much speaks for itself but I've been back and forth over this decision for the last couple of years now. Since I stopped doing Blog Wars (after BWX), I've told myself each time that the next tournament would be my last. Then I have such an awesome day at that tournament that I think I should run another. It's been the law of diminishing returns though as the buzz I feel after each event is less each time. What's really motivated me to wrap it up though is the amount of time it takes to organise and run the events and since I'm expecting my second child towards the end of the year I'm sure I won't find enough time to do these events justice. Not to mention I barely find enough time to paint my models as it is! For the record, it was my wife's idea to have one last event. I'd considered making DT3 my last.

That's not to say I haven't I've thoroughly enjoyed running events and it's been incredibly flattering to see the same faces turning up time and again. There can be no greater compliment as a tournament organiser than for there to be regular attendees and that includes some who have been to the vast majority of my events over the last seven years. Most of the events have veterans making up something like two thirds of the crowd. Over the years I've been doing this I've kept a log of all of the players who've attended and there's been 167 different players over the 14 events. Of those players 106 of them (63%) have been to more than one of my events. I think that's a pretty good retention rate! It also continues to amaze me that I've had players come from overseas to play in my events! 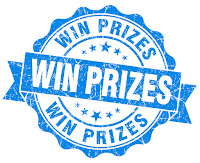 I only started keeping a record of the tournament and raffle prizes from BW6 onwards but over those nine events I've given away a grand total of £3492.26 in prizes! That's an average of just over £388 per tournament. Considering I've only averaged 35 players in those events that means roughly £11 per player which is pretty good considering tickets are £17.50 and I have to hire the venue and buy lunch!

Something else I also started doing at BW6 was the, now obligatory, pie chart post. I've given you a hefty (and pleasingly round number) total of 50 pies over the years. It's become a favourite part of the build up for me and something that I'm completely aware is utterly pointless too! If I had any graphic design skills at all I'd put together some sort of info graphic of all these figures but, as anyone who's seen the pie chart posts knows, it's not my forte. Still, it's interesting (to me at least) to look back over the years and see what's changed and how my organisation of the events has evolved. 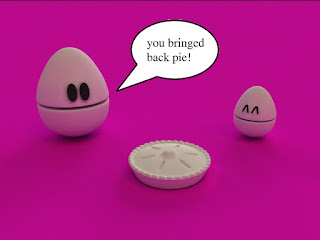 I really think that DT3 was a culmination of all my efforts over the years to make a fun event where the emphasis is on the social side of gaming rather than winning at all costs. I'm particularly pleased that I managed this without having to heavily comp the armies or worry about policing the lists. Obviously there's not much opportunity for abuse at 875pts but I really think everyone entered into the spirit. Not only that but to my knowledge there were no problems on the day and everything ran pretty much perfectly to time. The format lends itself to it though I suppose.

Anyway, as I said in the title, this isn't goodbye just yet. I'm going to have one last fling with you all (OK that came out wrong (title of your sextape)) at Double Trouble 4. There was a general consensus in the FB group that another Double Trouble event would be more fun that a singles event which I'd traditionally run at that time of year. For any of you reading this who haven't been to one of my events recently I'd encourage you to come along and give the format a try. It'd be great to see some old faces that have been absent in recent years. Even if you don't play 40K much any more I'm sure you could cobble together an 875pt list on Battlescribe and join in.

Hopefully this will be my biggest Double Trouble event yet. That means I'd need to sell more than 32 tickets and I haven't really got long before the event comes around. Please spread the word and let's go out with a bang!
Once I've wrapped up Double Trouble 4 I'm going to write up a post about the lessons I've learned over the years of running these events so maybe someone will pick up the baton. I might even see if I can get WH Community interested in publishing it. I'd promised them an article ages ago but never quite got around to writing it. For now I'll leave you with a gif of every logo from the start and a hope that I'll see you on September 1st at DT4! Speaking of which, head to the DT4 page now for more information.

A massive thank you again to all of you who've supported my events over the years and enabled me to do something a little different in the 40K tournament scene.
Posted by From The Fang at 17:00:00