As promised here are some shots of the entrants into the painting competition at Double Trouble 3 which took place on Saturday at the NWGC in Stockport, UK. There are four categories of which players can only choose one to enter. These are Best Army, Best Conversions, Best Character and Best Vehicle/Monster. The idea is that no one person can sweep the board and people are hopefully more likely to enter if they only need to get a single model up to scratch.

Having said that, the two categories I'm talking about today barely had any entrants but I suspect that's because people were put off by the armies that were already laid out being such a high standard. The hobby side of things is a big part of what I love about this game and therefore it's always a shame that people don't display their armies for everyone to see. Even if you don't get any votes it might still serve as inspiration to someone. Maybe I should do a similar thing to GW and pick nominees myself for everyone to vote on?

Best Conversions
Anyway, let's start with Best Conversions. I'm considering renaming this to the "Ian Connolly Award" since he really goes to town on his conversion work and as a result was the only entry into this category. His Ork force included a massive bank of speakers into which he'd built an actual speaker that blared out music for his Orks to krump stuff to: 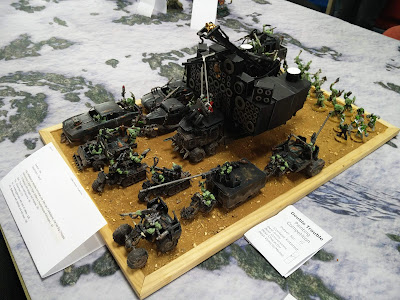 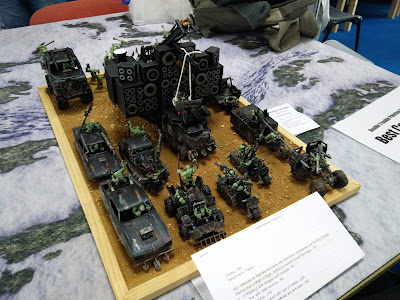 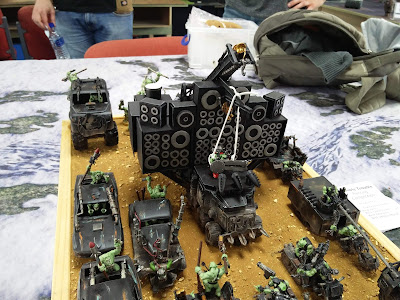 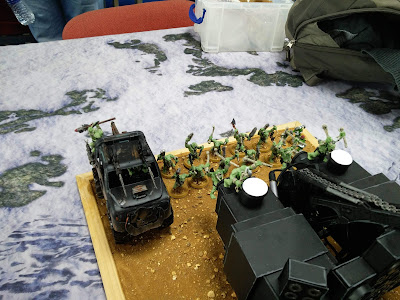 Obviously a hell of a lot of "counts as" in there but I'd certainly like to play against something so original. It's a great example of the passion people have for this hobby and I love seeing what people with significantly more imagination and talent than me can achieve.

Best Painted Army
As I said above, I think this is another category where people saw the army that was already down and decided not to display their's. Dave Weston's Genestealer Cult were the runaway winners with over two thirds of the votes with the rest going to Thomas Douch's Necrons: 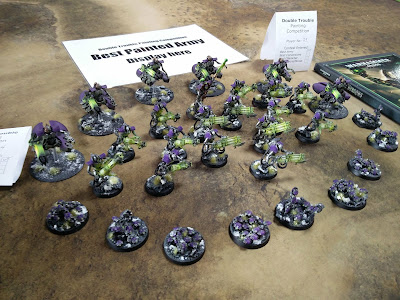 Dave's armies are always a source of both inspiration and demoralisation for me. His style is perfect for 40K with all of his armies looking suitably grimdark. I don't think I've ever had the pleasure of playing against Dave at my events but he's been a regular fixture and his many painting accolades over the years are well deserved. You can check out more of his stuff on his blog, 40K Addict. 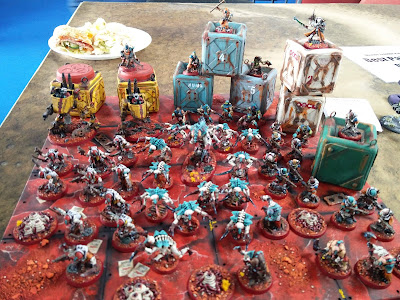 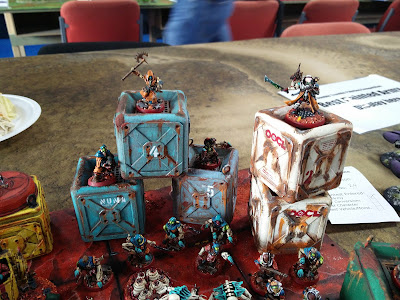 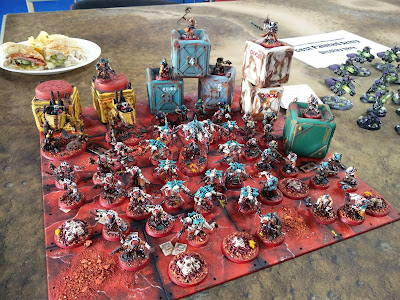 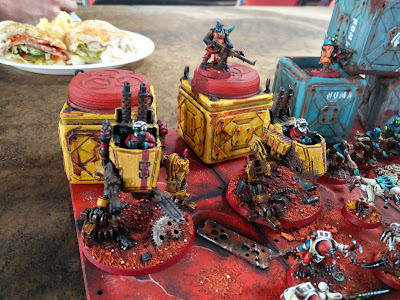 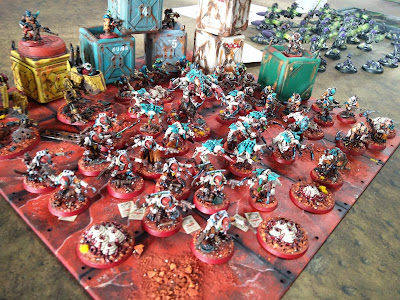 Right folks, come back tomorrow (or maybe Wednesday) to see the entries into the single minature categories.
Posted by From The Fang at 17:00:00