There are four categories of which players can only choose one to enter. These are Best Army, Best Conversions, Best Character and Best Vehicle/Monster. On Monday we looked at the Army and Conversion entries and today we'll wrap it up with the single miniature categories. I'm pleased to say there were far more entries in both categories than in the whole army awards.

Best Painted Character
Whilst there were more entries in this category not all of them received votes. Owen Brignall's Custodes Shield Captain, Chris Thomas' Gabriel Angelos and Jonathan Lyness' DG Noxious Blightbringer all received two votes each. The top three were then Duncan Gray's Typhus with six votes, Tom Capper's BA Chaplain with eight votes then a narrow victory for Michal Schiller's Succubus with nine votes. Michal also scooped one of the raffle prizes (the Webway Gate I think). He was also the fourth German who's been over just for my event which I still find a bit crazy! 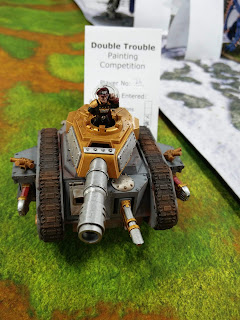 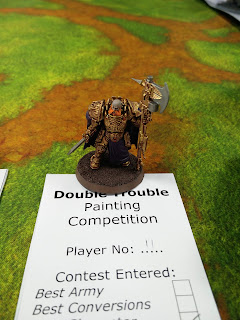 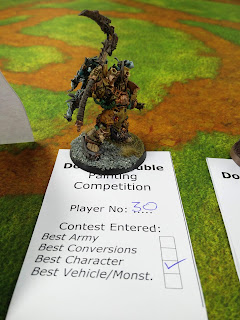 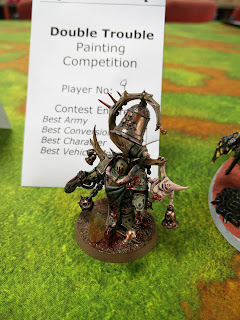 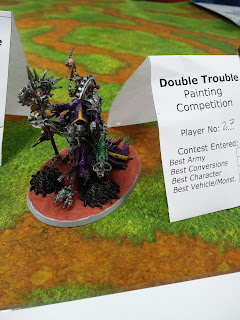 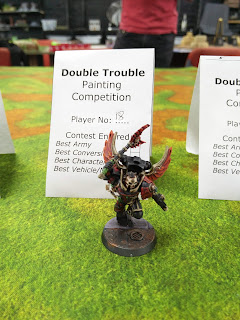 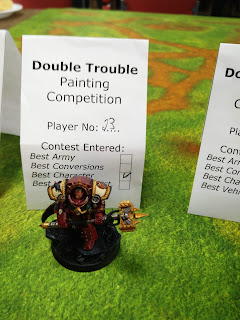 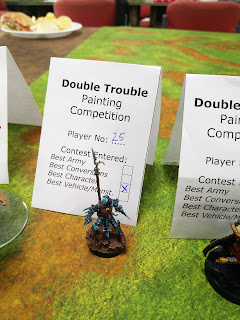 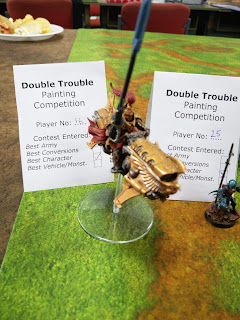 Again not everyone got votes here but the top five were David Wagg's Venerable Dreadnought and Matthew Longmore's Myphitic Blight-hauler with a single vote each. Luke Capper's Skarbrand took six votes which was good enough for third. Second place went to Dan Wellington's Tyrannofex with nine votes then Greg Barber's Traitor Guard Basilisk took the prize with 12 votes. 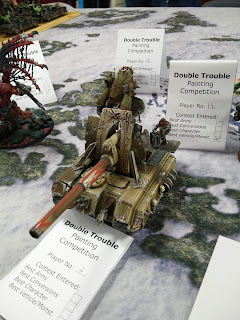 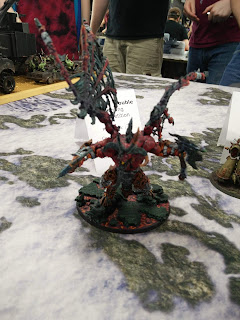 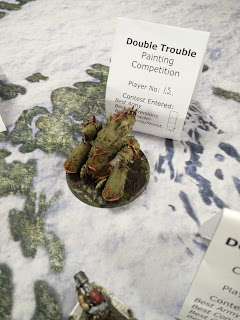 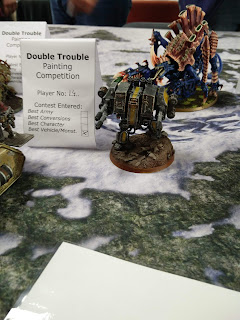 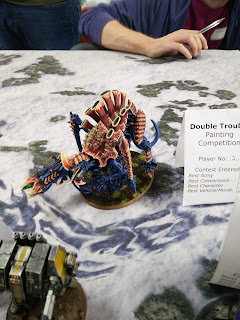 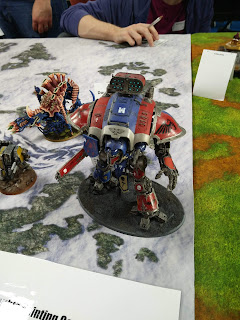 That's it for the results round up then. I'll try to get my battle reports written up towards the end of the week whilst they're still reasonably fresh in my mind. Keep an eye on the blog for those.
Posted by From The Fang at 17:00:00