With Baron gone and haemonculi no longer unlocking Wracks, we're left with just the standard two choices for Troops in the Dark Eldar army. Warriors saw a lot more action that wyches in 6th edition for me, I wonder if the new book will redress that balance?

Firstly, and somewhat irritatingly, the Warrior/Trueborn and Wych/Bloodbride entries have been merged into a single page each. It makes it pretty awkward to figure out the price and options of each unit and it seems simply to be an IP protection move since there are no trueborn or bride models. That or they were saving paper? 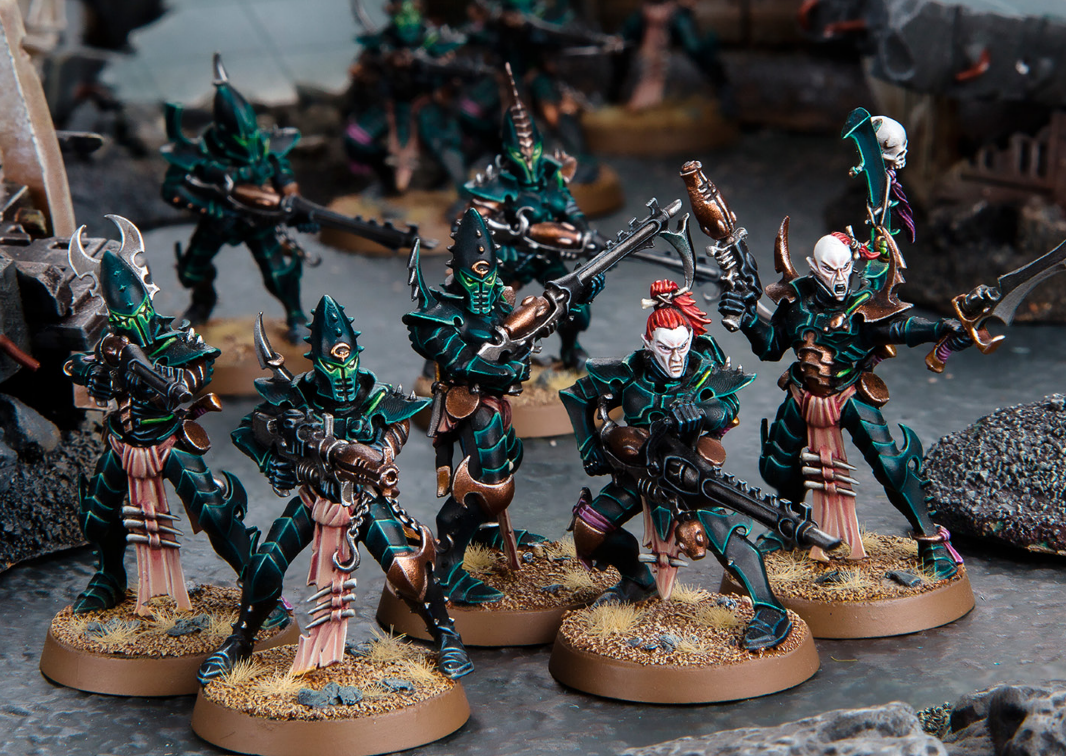 Effectively the same as they were in the old book but 1pt cheaper. Splinter cannons are now 5pts more expensive though which cancels out some of the reduction in unit cost and Salvo means you can't fire them and assault. Shredders now have, Shred (seems obvious) but as ever they're a small blast so a blaster is probably a better choice. You can also take two blasters or shredders in a 20-man unit now.

What this basically means is the standard unit of 5 warriors with blaster in a venom is 5pts cheaper. I doubt many people will be taking a Sybarite just like before so it comes down to a choice between five warriors in a venom, ten in a raider or upto 20 on foot. I'd be tempted to stick 20 of them with two cannons with a webway portal toting character and pile 44 poisoned shots into an enemy unit without them being able to stop you! Of course you might not survive very long after arriving but it's still very tempting, especially when you consider that with a little luck you could down a wraithknight!

More likely I'll be running the standard 5-man venoms with a couple of packed out raiders and possible splinter racks. 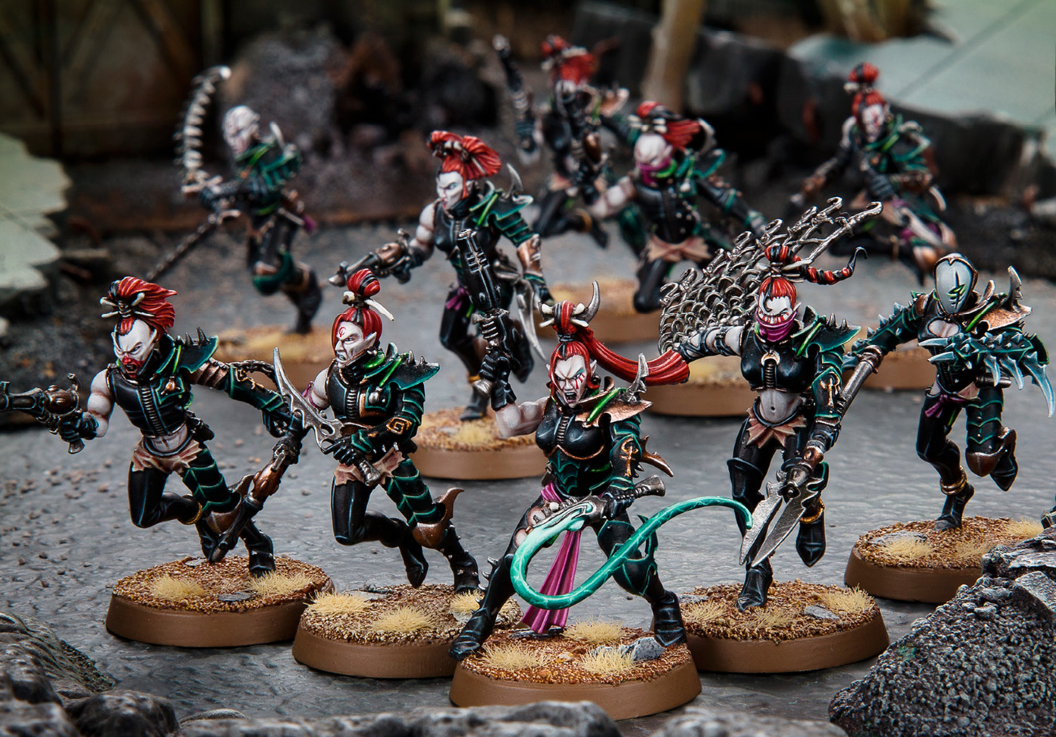 The headline for wyches is that you can no longer give all of them haywire grenades and basically that sounds the death knell for them. They suffered a lot in 6th edition with FNP being reduced to 5+, vehicle explosions causing S4 hits and overwatch. You were lucky if any survived long enough to make it into combat! You'd still consider taking them though because haywires could often succeed where all your dark light weaponry had inexplicably failed. With that option taken away I can't see me using them very much at all.

Let's assume you could get them into combat alive though. The special weapons now offer either re-rolls to hit, re-rolls to wound or re-rolls 1s for both. Not too bad for 5pts a pop but perhaps not as good as before. It's worth noting you can take 3 of them in a 10+ strong unit without upgrading to brides. Combat Drugs will help out a lot if you can get a good roll too. That 4+ save and turn 3+ FNP will make them a great tarpit unit (especially turn 5 on when they're Fearless) but I just can't see much to make me spend 2pts more on them instead of a warrior.

Conclusion
I'd be very surprised to see wyches in many competitive lists. They were becoming less common already and the loss of haywires is hardly going to help them. The decision is how you run your warriors rather than whether to take them over wyches. It's a shame as I used to love fielding wyches and they've achieved some amazing feats over the years I've played Dark Eldar. I'm not saying I'll never run them again in friendly games but it's too easy a decision for competitive play. They're basically a case of bringing a knife to a gunfight!

The problem with kabalites is that against vehicles they're pretty limited. Poisoned shooting does nothing and with S3 and no grenades they won't be doing much in combat (until they get Furious Charge). That means you'll need some anti-tank elsewhere in the list or perhaps blasters in your kabalite units.

That was pretty straightforward then. Onto Elites!
Posted by From The Fang at 17:00:00