With the Razorwing being shifted to the Fast section you'd think the Heavy slots would belong safely in the hands of Ravagers but I don't think it's quite that easy! 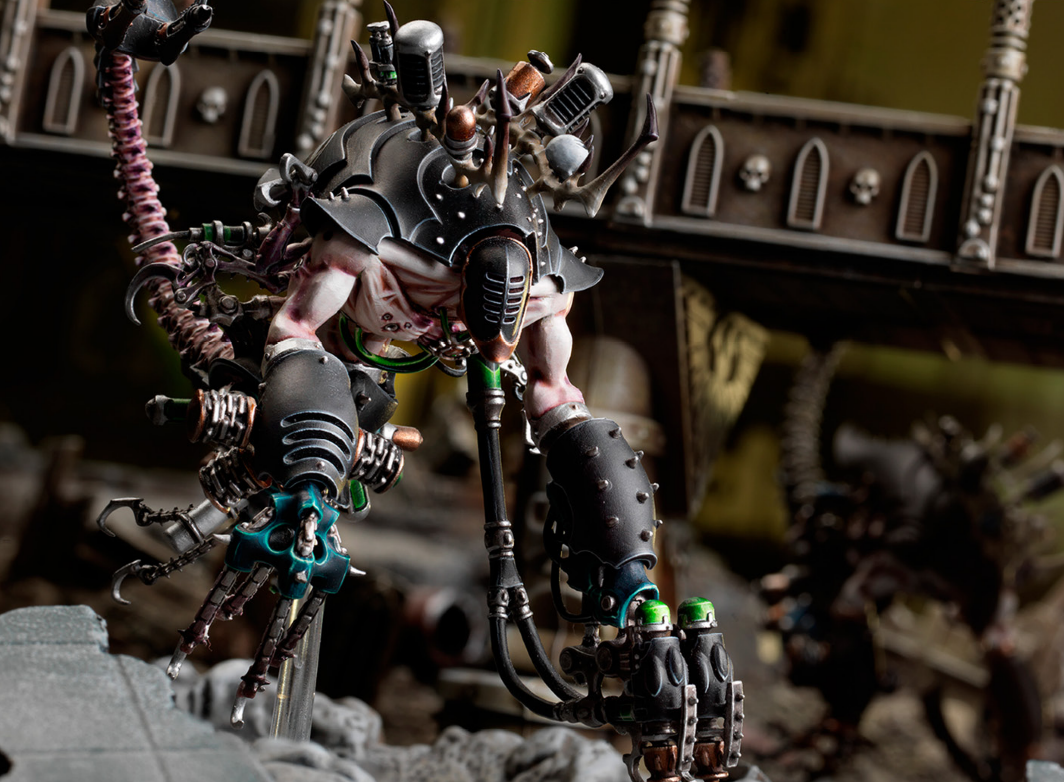 There's a lot of excitement about both the Talos and the Cronos in the new book. The main change is that you can now take a squad of up to three engines in a squad for each slot. The problem in the old book was that they were simply too slow and once the webway portals no longer allowed charging in 6th they struggled to make it to the enemy. They may be T7 but they've only got 3 wounds. There's a big difference between their T7 and the T8 of a wraithknight. T7 prevents S3 weapons from doing any harm (looking at you, guardsmen) but S4 can still wound on a 6. That's a big deal as it means the standard weaponry in the game, bolters etc, can still hurt you and marines can still cause wounds in combat. You do of course get FNP though which they'll get to roll most of the time. Anyway let's look at the individual units.

The Talos used to get D6 attacks but has now been fixed at 3. That's not such a bad thing as at least it's reliable. You now also get a second melee weapon included but that still makes the Talos 5pts more than it used to be. You can then swap a melee weapon for chain-flails or ichor injectors. That's either Shred or Fleshbane with ID on a 6. The latter is particularly tempting as it'd make a wraithknight very nervous. You could swap for a liquifier gun but even twin-linked it seems a shame to lose a melee weapon. Ranged weaponry comes in the form of a splinter cannon but even twin-linked with Relentless it's not going to cause many wounds. I personally think the heat lance works well on this platform and is pretty cheap. My loadout would therefore be 135pts each which isn't too bad for an MC. 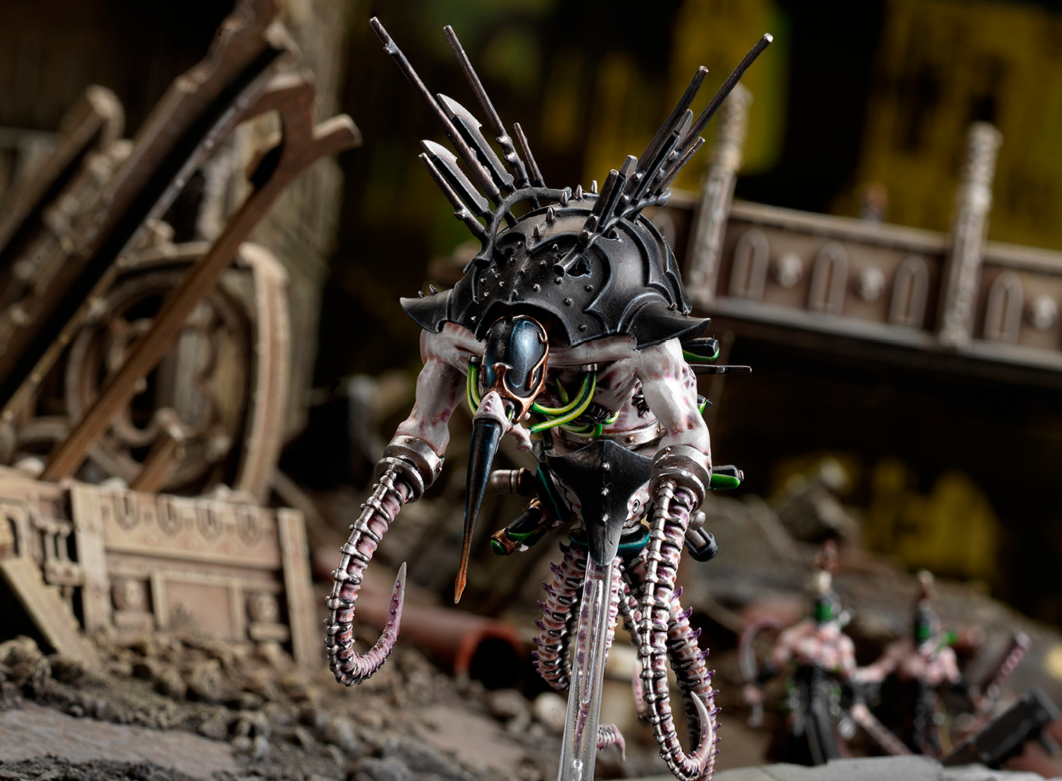 The Cronos used to throw out pain tokens in my old webway list but I haven't fielded it once in 6th or 7th. With only S5 the Cronos isn't as good as the Talos in combat but the syphon and vortex provide reasonable anti-MEQ. Only reasonable though. The spirit probe on the other hand is very interesting giving a 6" FNP 4+ bubble. That's not bad at all. Problem is keeping everything in range of it since it's slower than a lot of other DE units.

I can see much more use for the Talos than the Cronos then but I'm not really sold on either. You'd want to take 2-3 in a squad and the costs soon add up in what is generally a pretty cheap army. Playtesting my change my opinion though and it's worth remembering that the Covens supplement formations change things somewhat. I'll be talking about that in a separate post though. 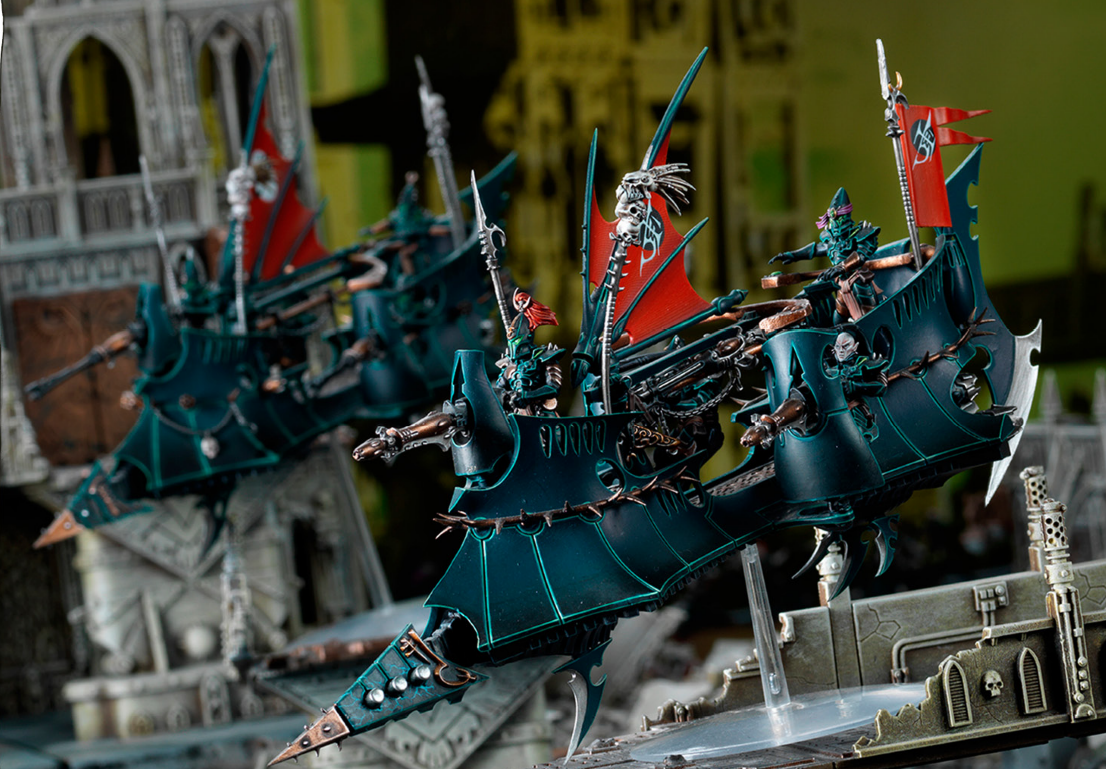 There's nothing new about the Ravager yet it's seen a points jump by 20pts over the triple-lance build in the old book. Some argue that's reasonable since it's very powerful but frankly I've never found it to be particularly strong. With the changes to the vehicle damage table it really isn't as effective as it once was for destroying even light vehicles. Not only has the cost increased but the option for a Flickerfield has gone too. You could take Night Shields but that's an expensive upgrade that only works when you're Jinking and therefore firing at BS1.

DE have always struggled with anti-tank. This seems surprising to non-DE players who think that the excess of S8 AP2 shots means reliable tank killing. Still, most DE lists will still be including three of them as we need all the anti-tank we can get. They'll still be feared by MCs and low AV vehicles.

Voidraven Bomber
There's no doubt that the model for the Voidraven is one of the nicest vehicles GW has ever produced. The rumours that they've had the thing ready for a long time and haven't released it, if true, make no sense to me at all. Like many, I've bought one just for a aesthetic alone. However, the important question is will I actually want to field it? 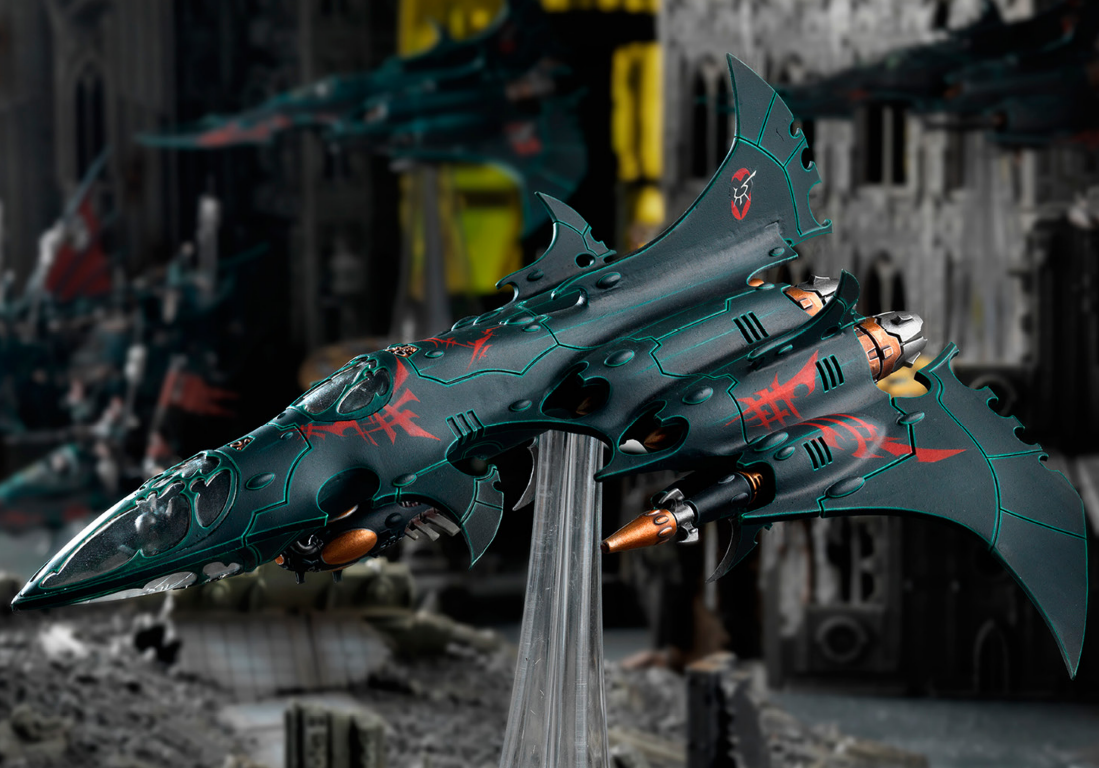 The internet was ablaze with complaints about the supposedly land raider priced AV10 flyer. Well it isn't land raider priced unless you really tool it up but it's still a shame they chose to reduce it to AV10. It doesn't make much sense to me either. The Ravager was able to keep AV11 so why not the Voidraven? It's not all bad news though. The void mine is now a large blast which, with bomb accuracy, is a pretty lethal prospect for things like crisis suits and terminators. Not to mention you should be able to hit more than one vehicle with it.

The void lances are still the best ranged anti-tank weapons in the DE arsenal and it's very tempting to include the bomber just for those. The way you've got to think about it is in a comparison with the ravager. The ravager will be on the board from turn one and firing every turn. Trouble is it'll be a priority target and it has very little protection. The bomber may be only AV10 but it's still a flyer so has a decent chance of surviving a couple of turns. The price of the bomber isn't significantly more than a ravager so I'd be tempted to swap a ravager for a bomber just for the options the bomb and void lances give you.

I wouldn't bother with any of the missile pod options. Whilst they're significantly cheaper than they used to be you'll likely only fire one when it arrives (as you'll fire the bomb and the lances) and then you've got 40-60pts extra strapped the your AV10 flyer. Keep it vanilla I'd say, I wouldn't even bother with night shields.

Conclusion
I think the vast majority of players will be sticking with their three ravagers. The Covens supplement might change my opinion on the Talos/Cronos but I think they're still too expensive (in the context of this army) for what they offer.

I really want to field the bomber but I'm pretty sure this is mostly because of the model and not because I think it'll be particularly effective on the table. There'll be games where the void mine makes a massive difference and others where it just scores a hull point on a vehicle.

That's it for the codex then. I'm going to post soon with some ideas for lists but before then I want to cover the supplement. I hope you can see that this codex still offers a lot of potential. I think it's important to judge it against the 7th edition books where I think it's still competitive. The problem is it'll still have to play Eldar/Tau a lot where I don't think the comparison is so favourable. Despite the consensus of opinion online this isn't the death of the army. Like anything else in 40K there's an element of rock/paper/scissors and there'll be some armies out there that would struggle if they were faced with all that poisoned and dark light weaponry.
Posted by From The Fang at 17:00:00