As with elsewhere in the codex there's nothing new in the Elites section. There's a notable absence though in the form of Harlequins. Weirdly their fluff is still included in the codex as if they were a last minute decision. Since there are perfectly good models for them I can only assume that this was because they're getting their own release which will most likely be a dataslate in a similar way to the assassins being removed from the GK book but reappearing in dataslate form. It's also worth noting that wracks can no longer be moved to the Troops section by a haemonculus as they could before. 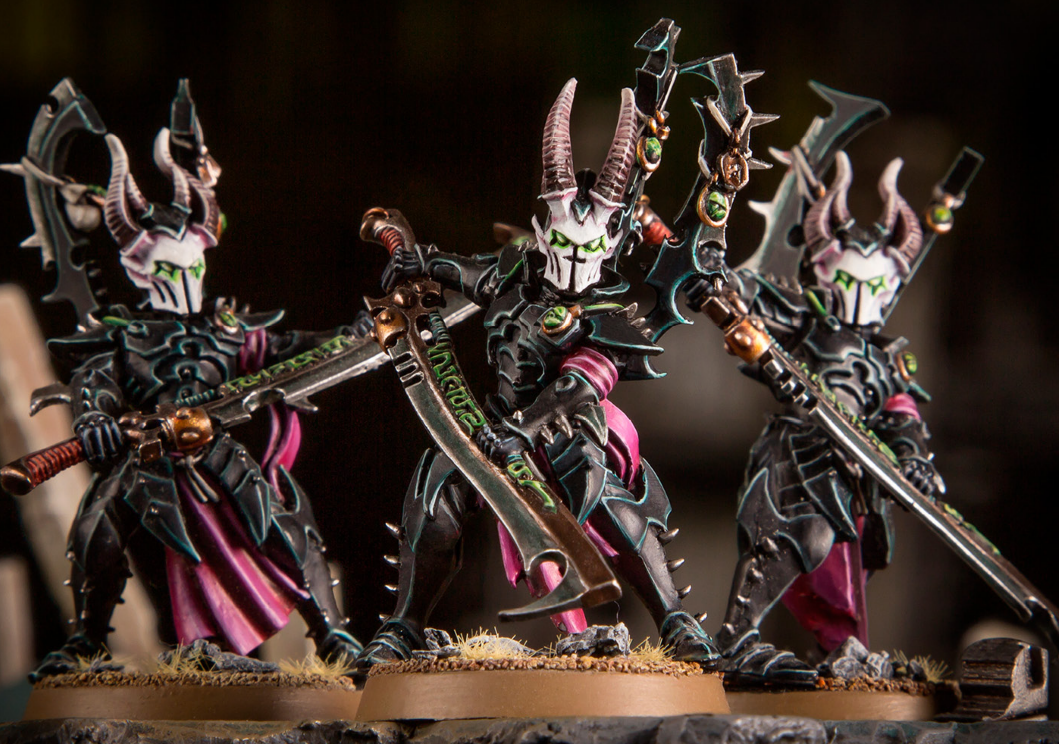 Incubi
I toyed with Incubi quite a bit with the old codex since they offer some of the only AP2 melee weaponry in the book. Now they've been boosted to Ld9 meaning the Klaivex isn't as useful. They can no longer take a bloodstone or the murderous assault/onslaught upgrade. Instead the Klaivex gets Rampage (GW really like this rule recently).

The difficulty was always getting them into combat with enough models left. Even though they have the best save of any standard infantry in the book they're still just T3 marines. If you could get their venom (or even raider) close enough they'll make a mess of MEQ or even Terminators but the backlash will be pretty fierce. They are cheaper now though so perhaps worth revisiting. Drazhar and a squad of incubi would make quite a powerful unit but they'd be very expensive for so few models.

Kabalite Trueborn
As I mentioned in the Troops post, Trueborn are now somewhat confusingly merged onto the same page as Warriors. Ultimately though they're the same as before with pretty much the same options. Like the wyches they've lost their ability to take haywires though (outside of the Dracon). They've also lost their shardcarbines which I can only assume is because they don't come in the warriors box but instead must be taken from the scourges. It's a bit of a shame but far from devastating.

The other crucial change is that you now have to take a minimum of five models. In the old book people often ran 3-4 trueborn all with blasters in a venom which came to be known as blasterborn (imaginative eh?). This unit is now that little bit more expensive as you have to take along some dead weight. They're still a great way of getting some much needed extra anti-tank into the list though. I think we'll be seeing them zipping around in venoms but I'm not going to be fielding them like I used to since they were an escort for Duke in my old lists.

Finally, you could now potentially field 20 trueborn. Not sure why you would but the option's there!

Hekatrix Bloodbrides
Like the Trueborn they now have a minimum size of 5 models and can now take upto 15 models. As before they're just wyches with an extra attack but in this book they don't even offer you extra wych cult weaponry over the standard wyches which would also have Obj Sec in a CAD. I'd be very surprised to ever see them on the table unless someone really wanted to field Lelith or a fully pimp Succubus. Competitively though they're pretty much a no go. 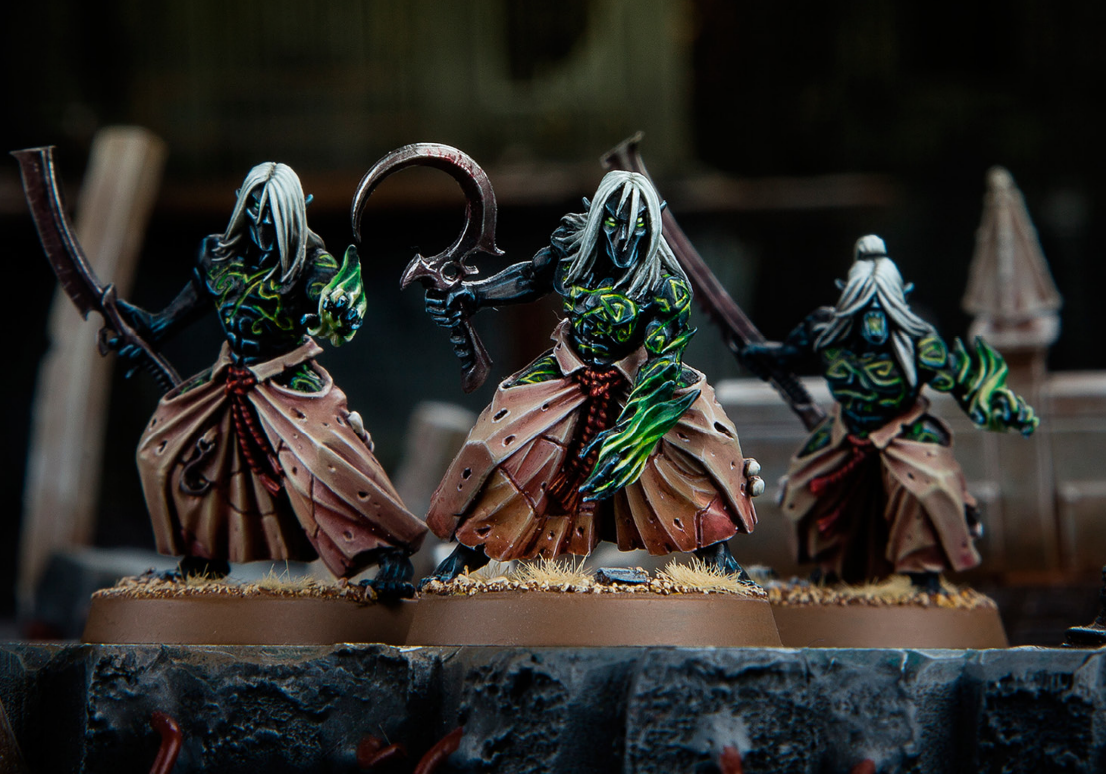 Without a doubt Mandrakes were the worst unit in the old codex which was a huge shame since the models are stunning. Things have gotten better for them in the new book though. Not only are the 20% cheaper but they gain Shrouded on top of their Stealth. They sacrifice their 5++ save though so against armies with Ignores Cover they're without a save. One of the other problems in the old book as that they needed a pain token to use their baleblast which was nigh on impossible to get. Now they can always fire it and Pinning has been swapped for Soul Blaze.

They're far from useless then but are they really worth it? I suppose a unit of five is pretty cheap and they could be irritating to shift and annoying for objective grabbers like kroot, guardsmen, cultists, etc. They get the Most Improved Award but I'm still not really sold on them. Flamers make a real mess of them and if they don't kill their opponents first they'll not last long in combat. 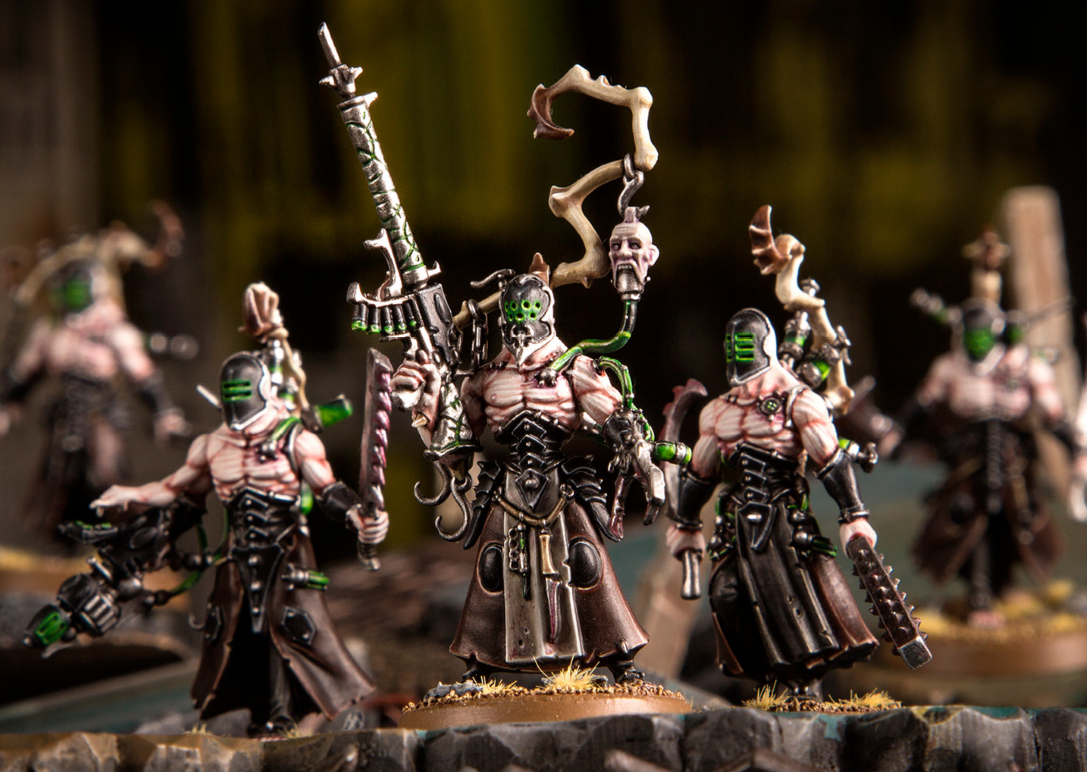 Typical GW policy is to release a new kit and buff the rules for it to make everyone want to buy it. That just doesn't seem to have happened with wracks. No-one was complaining too much about the Finecast models and the plastic ones are pretty much identical. It's a shame GW chose to spend time on them instead of other much needed models, like a alternate grotesque sculpts for example.

I used to run wracks in 5th edition as FNP 4+ made them a reasonable choice for Troops and by adding a haemonculus you could get them Furious Charge and hence a re-roll with their poisoned weapons. Well in 6th FNP became 5+ and 7th took away the poisoned re-roll when strength equals toughness. That means you're basically talking just slightly better than a 5+ save (6+ then 5+ FNP) and very limited close combat potential. The liquifier gun is still decent despite being limited to S3 and the new ossefactor could be fun. I'm really not sold on wracks though unless I'm missing something amazing?! Often overlooked in the old book I actually think Grotesques were and still are a decent choice. They've stayed the same price but for three T5 wounds with permanent FNP 5+ they're not bad at all. With S5 they'll be re-rolling to wound with their flesh gauntlets against most targets and potentially getting some ID hits. Once again we get Rampage too which is likely to mean a good pile of attacks. I personally wouldn't bother with any liquifiers so that you're not killing too much off an preventing important charges. Definitely worth a look.

Conclusion
Like Wyches, Bloodbrides are the obvious losers here. Mandrakes are significantly better than before and against the right opponent they could be deadly. Trueborn will still make an appearance to spam special weapons. Incubi and Grotesques make for left-field choices that could come good but I'm really missing the big deal with wracks. Perhaps deep striking them in with a webway haemonculus with a couple of liquefiers?

Generally speaking a decent selection of units but I think Fast Attack (which I'm covering next) will be the go to section once you've filled up your Troops.