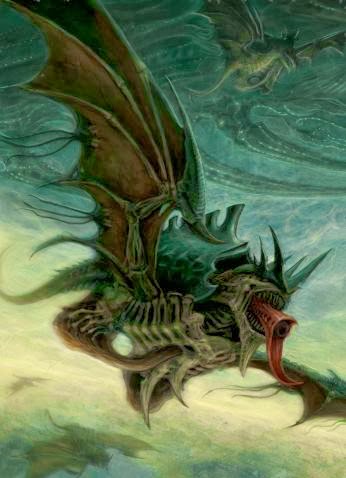 I think you'll agree that I've had a pretty thorough look at the new codex and also played against a variety of the units it contains. Of course I've not played the new book in properly competitive environment yet but perhaps I'll meet a Tyranid list at an event soon and be able to give more feedback. Anyway, I wanted to draw together everything I've said so far into a handy summary highlighting my favourite units before suggesting a final list.

General
The loss of units like Doom and Mycetic spores is a big one there's no doubt. Doom was always a bit too gimmicky for me but spore pods added a dimension to the Tyranid army that is simply gone now. I understand the reasons behind their removal but I can't say I agree with them, just feels lazy.

The loss of the scything talon re-roll has pretty widespread effects. Some units that were half decent are drastically reduced in effectiveness. Mind you, combat units struggle in the current game so perhaps we wouldn't have seen them anyway.

I'm sure competitive nids players will lament the loss of Biomancy (and rulebook powers in general) but I really don't think it's that big of a loss. The codex powers are pretty decent throughout which is unusual with the new books and the randomness shouldn't hamper your plans as much as it does with other armies. Shadow in the Warp is still pretty effective anti-psychic although I'm still undecided about whether it's better or worse. I'm leaning towards worse but at least they didn't lose it completely.

The lack of allies was never going to change and frankly I'm surprised they've allowed them to still take rulebook Fortifications!

Top 5 Units
Hive Crone
Of course a lot of armies won't struggle to take them down with their poor toughness and 4+ save but as with any FMC some armies simply won't cope with them. Combine them with Flyrants and you're putting several FMCs in your opponent's face straight away. Add in their ability to Vector Strike enemy flyers at S8 and they're a valuable addition to your army in spite of their issues. 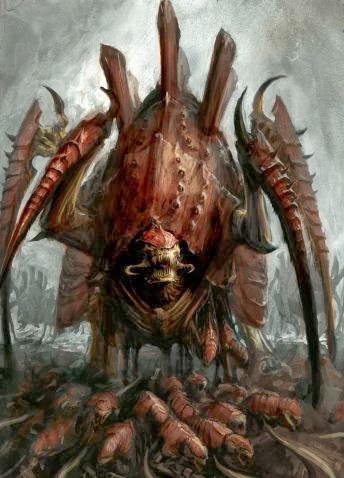 Tervigons & Termagants
The cost increase is a bit of a blow and especially being forced to take 30-strong termagant units but they haven't suffered as much as people reckon. Not being able to give them Adrenals/Toxins to pass onto spawned gaunts is a shame but they can still throw gaunts out a decent distance by moving before spawning. Clearly they aren't quite as good as they were and they're more expensive but you're still getting a T6 six wound MC that's scoring and can potentially kick out several other scoring units which it makes Fearless! Despite what I've said at times, I still think you'd be mad not to take them if just for the potential number of models you can generate.

Biovores
Perhaps they're likely to get overlooked in favour of Mawlocs but for less than the cost of a Mawloc you can get a three-strong brood that puts out S4 AP4 large Barrage blasts at 48". That's pretty decent if you ask me. Great for dealing with massed troops of any variety and should shine against cheap scoring units that are prevalent these days. Should your blast miss you even get a chance of the spores hitting again next turn. If nothing else the spore mines might act as a distraction. Potentially you could combine them with Harpies for spore-mines-a-go-go but either way I think they're worth including.

Mawlocs
Their Terror from the Deep attack got both better and worse at the same time. Timing is everything with them but there's always that potential and simply having them in your list already forces your opponent to play differently. They may seem to be a bit of a one-trick pony but don't forget they're still a 6-wound MC that can Smash vehicles pretty easily or tie up weaker units. 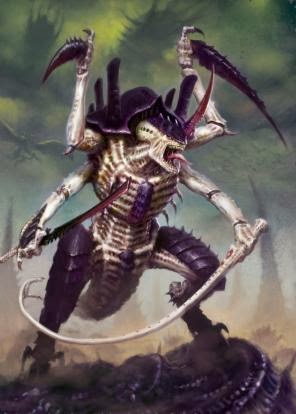 Tyrants
Still my favourite unit in the codex, Tyrants have a lot of flexibility in their loadout. The obvious choices are brainleech devourers but perhaps over time other builds will come to the surface that provide something else. Giving an FMC 12 twin-linked S6 shots at BS4 is pretty handy and throw in some Blessings/Maledictions on top and I'm sold. Of course the lack of invulnerable save is an issue but again it's about presenting multiple FMCs to your opponent straight away and forcing him to deal with them. The alternative build with Tyrant Guard may be more expensive but in the right circumstances and in the right list it might be more effective than the flying version.

Suggested List & Conclusion
To finish off the summary I want to throw out an 1,850pt list that, in theory at least, should be competitive. Basically it's just taking the units that I like and throwing them together. Here goes:

Clearly this list is about minimal upgrades to allow you to put the maximum possible units on the table. I really don't think there's a contest in the HQ section when it comes to competitive play. You need mobile synapse and they pack a punch too. The double devourer flyrant can stay up in the air and gun down whatever it comes up against. The whip and sword flyrant can go after big MCs like Riptides and Wraithknights and hope to instant kill them.

The hive crones should work well with the flyrants. At the end of the first tyranid turn there'll be 4 FMCs in their opponent's face. Very few armies could hope to take more than two of them out reliably and the surviving monsters should be able to cause havoc. Either way they'll hopefully be enough of a distraction to buy the tervigons a couple of turns to spawn swathes of gaunts and swamp objectives. You can't expect the FMCs to survive the game but by the time they've finished them off the mawlocs will be on them.

Having a pair of mawlocs means you should get at least one of them turn 2 and possibly means you could have one coming up every turn. As I said above, the inclusion of even one mawloc is enough to make your opponent play differently and that's what 40K is all about, disrupting your opponent's plans. 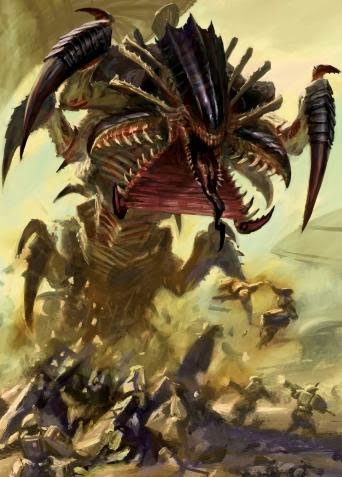 So while all that is going on the venomthrope is hiding in a ruin and trying to keep the Tervigons and gaunts alive. Finally, the biovores are hitting your opponent's scoring units and are probably way down the target priority list. Most opponents will probably want to deal with the obvious threats from the MCs so the artillery unit will keep dropping pie plates undisturbed.

Is it a super-duper all-comers list? No way. Could it win games and even a tournament? Absolutely. The main issue with the Tyranid codex is that it's inevitably going to be compared to Tau, Eldar and some of the other top tier builds like screamer council. Incidentally, Shadow in the Warp could cause trouble to armies that rely on psykers. You can't really write a Tyranid list that can deal with those dirty combinations that seem to be everywhere. That largely comes down to the general issues with combat in 6th edition and partly to the lack of allies to allow tyranids their own dirty combos.

I started off these reviews with a very negative view of the new book. Clearly there are units that got worse and some that remain useless. I'm still very tempted to get a Tyranid army though. The key is that FMCs are pretty fun when they work, tervigons can flood the board and mawlocs can be a real nuisance. Are they reliable? Nope but I still think they can surprise those players who've been too quick to write them off.
Posted by From The Fang at 17:00:00