We're onto the meat of the codex now, the Troops section. A reminder that these reviews will be pretty wordy so bear with me and remember that I'm not a Tyranid player so I might get the odd thing wrong here and there but I'll welcome corrections. There are no new units in this section but there's a notable abscence, the Mycetic Spore. This is a big deal for an army that struggles to get across the board and has very few options for getting in amongst an enemy gunline. Nevertheless they're gone and short of a dataslate they're probably not coming back this edition. 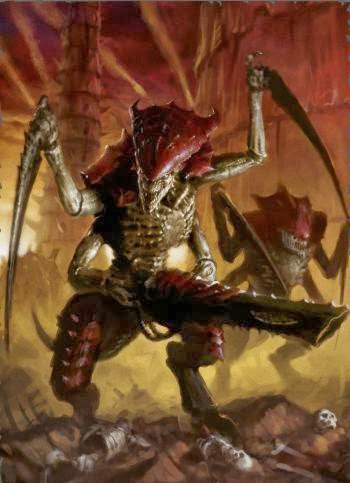 There's nothing particularly wrong with Tyranid Warriors but don't expect to see them unless someone is trying to escort a Prime. They're the same cost as in the previous book and I still don't think that's bad for a 3 wound model. Still with a 4+ save they're not particularly tricky to kill and there's still some S8 out there to instant kill them. Crucially they're synapse creatures which, with the changes to Instinctive Behaviour might be their saving grace.

It's always easy to think a of units in a vacuum and so warriors can easily be written off because they'll never make it to the enemy right? That's assuming that your opponent ignores all of your other units and there are plenty of armies that rely on massed S6/7 rather than S8. You can equip the warriors with a barbed strangler and deathspitters and go hunting cheap scoring units like guard, kroot, cultists, etc. Like I say, they're not useless but most players will go for a swarm of gaunts instead. 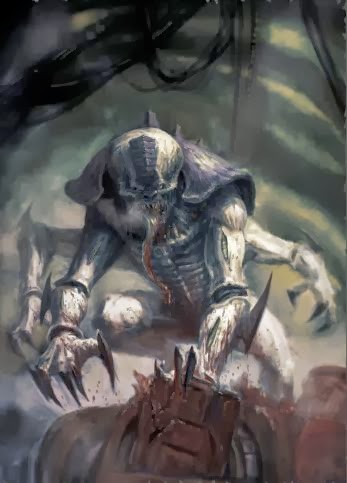 Genestealers
These guys were hit particularly hard by the 6th Edition ruleset. Preventing units from assaulting from Reserves or when Infiltrating basically stopped genestealers from being useful. Sadly, they're no different now. They cost the same number of points but now there's no real need to give them scything talons except for an extra attack each and perhaps for WYSIWIG issues. Adrenal glands are a little cheaper but they already have Fleet and don't really need Furious Charge. Toxin sacs are still good for giving a re-roll to wound though. This is all irrelevant though as when you arrive from reserve you get gunned down by bolters and take more casualties from Overwatch. Even a full brood of 20 would struggle to be effective and works out very expensive. They'll stay on the shelf.

The Broodlord used to be quite entertaining with his old psychic powers. He now gets The Horror which is only useful if you're Infiltrating them and requires line of sight so you can't hide him from view. He costs the same points but since his biomorphs now come from the wargear section you pay a ridiculous amount for them! Adrenal glands and toxin sacs are ridiculously expensive for him. He doesn't particularly need them of course but it seems like a mistake. Oddly he also has access to regeneration if you really wanted to put a 30pt upgrade on him! 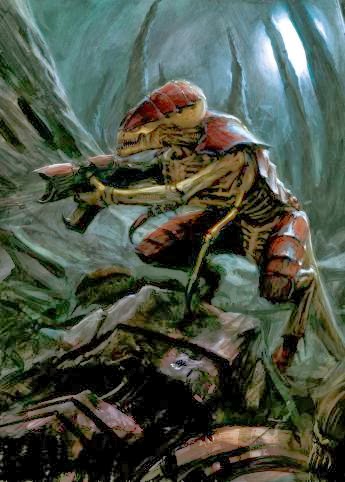 As I mentioned in the HQ section you now need 30 gaunts to shift a Tervigon to the troop section. That means you can expect to see A LOT of termagants. The good news is that termagants' base cost has been reduced by a point. The strangleweb is now 5pts but still not worth bothering with. The other gun upgrades have all reduced by a point too and you no longer have to replace all of the guns in a squad with the same thing. That means you can have some meatshield gaunts at the front with fleshborers and then the devourers behind plugging away. They may only be BS3 but 120 shots at S4 for 240pts isn't too bad. Alternatively throw in some adrenals and they're almost as good as hormagaunts but with guns too.

Obviously there'll be a lot of spawned gaunts which will be totally vanilla and can't benefit from adrenal glands or toxin sacs from the tervigon anymore. They'll still be able to grab objectives well enough though and frustrating to shift. It's annoying when your expensive unit kills half a dozen 4pt models a turn.

Hormagaunts
Hormagaunts have probably suffered the most from the changes to scything talons. Mind you, they're pretty speedy with the changes to bounding leap as it now gives them an extra 3" to their run. That could be the difference between getting a second turn charge off or not and works well if combined with Hive Commander for Outflank. They've also dropped in base cost by a point but their upgrades are slightly more expensive. Combat units tend to struggle in the current meta though and they've got to compete with termagants. Tyranid players new and old will probably have a decent stash of them though so I'd expect we'll see them still. 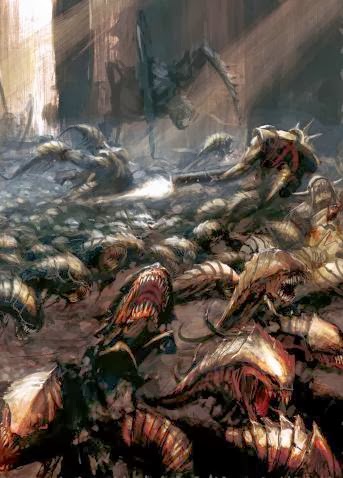 Ripper Swarms
For some reason ripper swarms have gone up by 3pts per base. They get plenty of attacks and they're Fearless but again I don't really see the point. They can get Deep Strike to allow them to get into the middle of the enemy army but since they can't control or contest objectives they seem like a waste of points to me. Perhaps a hardcore Tyranid player can point out why you'd use them but I'd be hard to convince.

Conclusion
Unless you're thinking from a fluffy varied army perspective (and there's nothing wrong with that), I expect most people will be fielding termagants and still using them to bring tervigons into this FOC slot. The question now is whether Tervigons are still worthwhile. I can perhaps see a use for a single Tervigon with Dominion (and perhaps Norn Crown) to help with Synapse but otherwise I think you'd actually be better off using the 195pts to buy 48 termagants (or less with upgrades). Realistically that's probably as many as you'd get from the tervigon on a good day anyway. Warriors can come in handy as a synapse creature alternative but most experienced players will target them early.

It's frustrating that genestealers are still useless but I suppose it was to be expected. I don't like automatic choices but there aren't really many options here. As ever I'm sure I'm missing something though. Onto the Elites section tomorrow which was traditionally pretty crowded with decent units. Is it still the case now?
Posted by From The Fang at 17:00:00