As I mentioned at the end of the Troops post I've always thought of this as a difficult section to choose from. Hive Guard used to be the goto choice in 5th edition as their impaler cannons were vital for dealing with massed mech. Zoanthropes saw use for their warp lance and it's ability to deal with land raiders. The current meta doesn't feature either in abundance though (except wave serpents). Are the Elites still difficult to choose then? 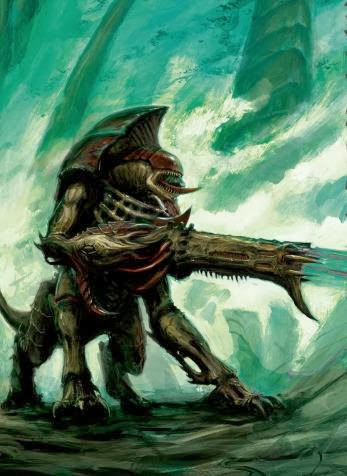 Unlike other units, Hive Guard have actually gone up in price. They've also lost a point of BS which seems like another unnecessary nerf. Were they really overpowered before? Their impaler cannons still don't need line of sight but now have Ignores Cover where before models could claim cover from area terrain. Otherwise your basic Hive Guard is the same.

Strangely they now have the option for toxin sacs and/or adrenal glands. I can't really see the reason for this as I can't imagine many players opting to sink more points into what is essentially a shooty unit. Speaking of which they've now got access to a shockcannon (perhaps so you buy the new models?). I can't really see that they needed an options and a single S5 AP3 haywire blast is rarely going to be preferred to S8 which is so useful for instant death, MCs and vehicles alike. 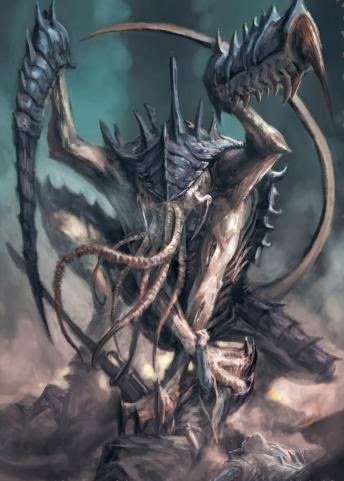 Outside of friendly games I can't remember ever seeing a lictor (unless it was Deathleaper). They have a ludicrously long list of special rules which essentially boil down to the same as before but with added Fear and Infiltrate. Stats-wise they're pretty similar. Infiltrate could be combined with Pheromone Trail to make a Lictor into a Homing Beacon but it seems expensive for minimal utility.

Despite a 15pt cost reduction they're still not going to make it into many lists. If you've got the points to spend on Lictors then you should probably look elsewhere in the Elites section as there are better places to invest. Essentially Lictors pop up, look scary and then get gunned down. There's an element of distraction tactics to them but they're hardly tricky to dispatch and difficult to keep in synapse range.

Zoanthrope
Aside from a 10pt price drop the biggest change for Zoanthropes is that they're now a Brotherhood of Psykers. Instead of taking a test of each individual Zoanthrope you now take a single psychic test for the unit. This makes them all or nothing. Warp Blast is unchanged but as I've mentioned Warp Lance is no longer AP1 (another unnecessary nerf). Zoanthropes may have Mastery 2, which allows them to use Warp Blast/Lance but their other power will be WC1 which seems a waste. Having a second power is nice though as it gives them a bit more utility when there isn't a suitable Warp Lance/Blast target. 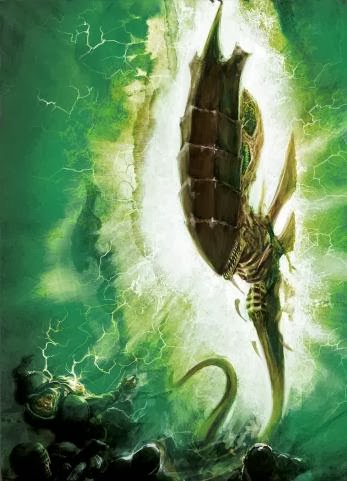 The crucial thing for Zoanthropes is that they're Synapse Creatures. Combine that with Dominion as their second power (which you can guarantee getting) and they can play a very useful role in keeping your army on the table! Personally I think they'll be used for synapse almost as much as for their shooting. They're not tricky to take out mind you as despite a 3++ save they're vulnerable to S8+ like any other T4 model, even lower strength weaponry won't struggle to cause two wounds.

Venomthrope
Another inexplicable BS reduction but not one that matters all that much. The Spore Cloud rule has now changed to giving Shrouded which is far better than the previous 5+ cover save. Combined with area terrain and/or Night Fighting it isn't hard to give termagants a 2++ save. Sadly the Defensive Grenades bonus has gone as that would've also given Stealth in 8" and therefore +3 to the cover saves of nearby units. Also gone is the Dangerous Terrain for assaulting units not that it's particularly effective anymore anyway. 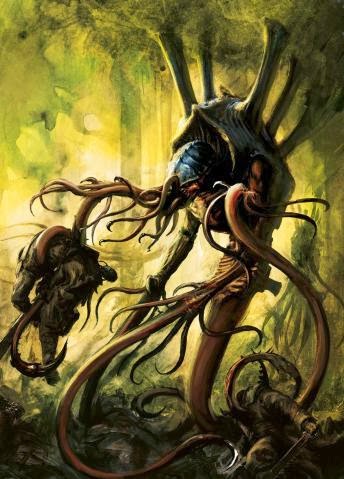 With a 10pt points reduction the Venomthrope is a temptingly cheap way of giving a good chunk of your army a decent cover save. Sadly there are two things that make their use debatable. Firstly a T4 two-wound model isn't hard to shift even with a 2+ cover save if you get one. Secondly, there's a plethora of units out there that laugh in the face of your cover saves (Tau, Wave Serpents, Thunderfires, etc). Perhaps they're worth a punt for opponents without access to that weaponry but their few and far between these days and perhaps there are better ways to spend the points.

Haruspex
A new model and a brand new unit. The Haruspex isn't cheap at 160pts. On paper they look like a pretty decent combat outfit. Their Grasping Tongue is a fun way of potentially getting rid of that power fist before assaulting and getting bonus attacks when you cause an unsaved wound gives them the potential to chew through units. They don't exactly get a ton of attacks though and WS3 isn't amazing for a "combat monster". 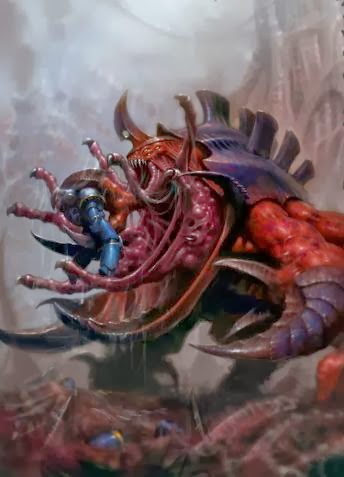 The difficulty with any walking MC is getting them into combat in the first place. How many maulerfiends do you see? That's a similar kit really, a combat monster or weapons platform. Very imaginative. The Haruspex could be a bit of an irritation to your opponents if you shell out for Regeneration, then, combined with Feeder-beast, you could get two wounds back per turn making the beasty tricky to kill. Still I can't imagine there'll be many tempted by them. It's a shame because the model is lovely (well as lovely as something that monstrous can be). I suppose if you're building an army of big guys then at least you've got something for your Elites choice.

Pyrovore
Cheap at 40pts for a three wound model but that's about the nicest thing I can think of to say. They're a pretty pointless unit otherwise. Essentially they're a heavy flamer held by three SM scouts in a monster suit. Not only that but they'll explode and kill your own models if they suffer Instant Death. Seriously why would you even buy the model?

It amazes me that they delete perfectly good units yet leave these lemons in there. Tell me I'm missing something!?

Conclusion
With the exception of the Pyrovore, I actually think there's a place for all of the Elites options. Lictors are a really niche option but Zoanthropes, Venomthropes, Hive Guard and maybe even the Haruspex are viable. For me the Zoanthropes are probably the most worthwhile as they're useful for their shooting and their synapse. I'm not convinced many armies will feature anything from the Elites slot at all. There'll be the token Venomthrope perhaps but there's probably better places for the points to be spent.

I can't really finish this section off without talking the deletion of Ymgarls and Doom. I know both were a bit gimmicky but they brought character to what is now a pretty dull book. Without a spore pod Doom wasn't going to be mega effective anyway but it's a huge shame that both of these units have gone. Doom conversions will now return to the Zoanthropes they probably came from I suppose. Anyway, onwards an upwards, Fast Attack tomorrow.
Posted by From The Fang at 17:00:00