I decided to keep the Double Trouble format for the painting competition. This means four categories, each with a separate prize. These are Best Painted Army, Best Conversions, Best Painted Character and Best Painted Vehicle or Monster. Players can only enter into a single category to prevent one player from sweeping the board and to allow people to focus on a particular miniature if that's their preference.

Anyway, there were some great entries as always. Today I'll focus on the Best Army and Best Conversions awards and then later in the week I'll post with the entries from the single miniature awards. First up, the Best Painted Army offerings.

Best Painted Army - Runners Up
Nick Thrower's Dusk Knights space marines were looking great on their hazard striped display board. Anyone who reads Nick's blog will be familiar with this army but it's the first time they've been treated to a formal display board. Apologies for the blurry pictures but head over to his blog for better ones: 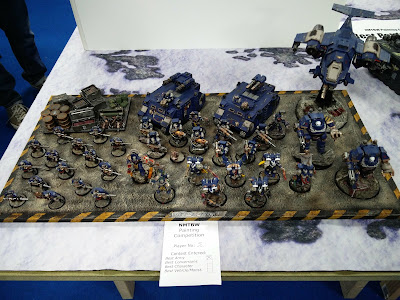 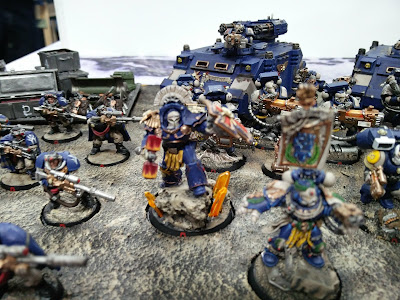 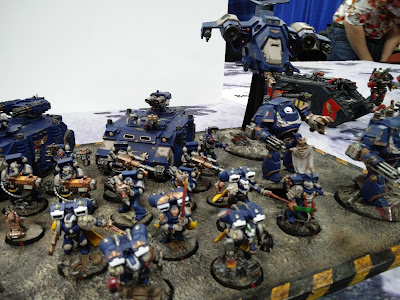 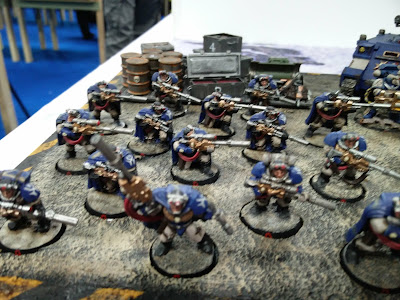 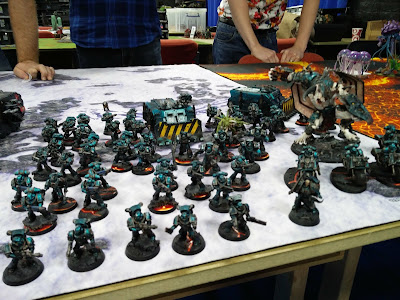 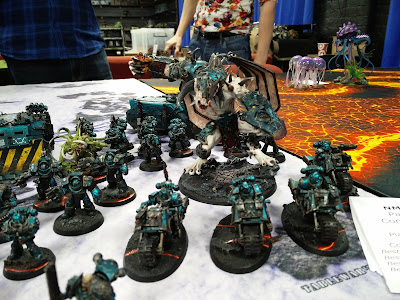 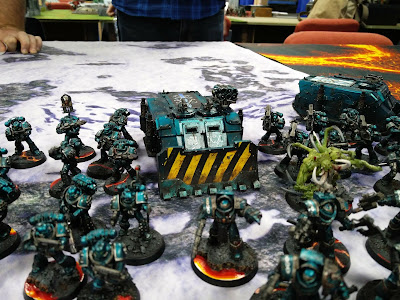 In a close second place, just a single vote away from victory was the perennial painting competition superpower Dave Weston and his awesome Dark Angels force with his huge display board: 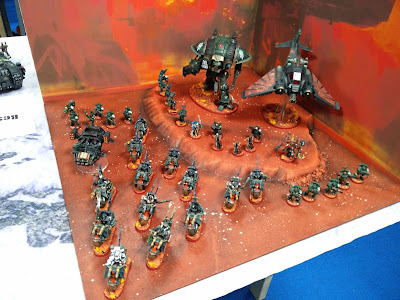 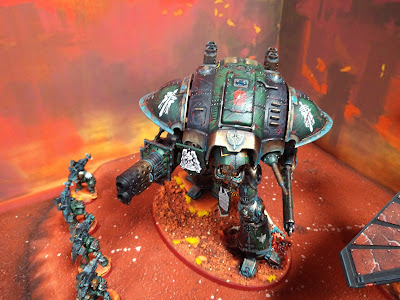 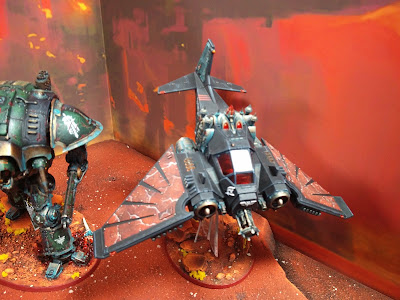 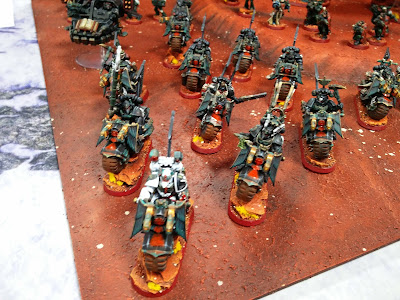 Best Painted Army - Winner
Finally, the worthy winner and a newcomer at my events, Toby Liddiard with his Custodes force featuring a ludicrous amount of NMM: 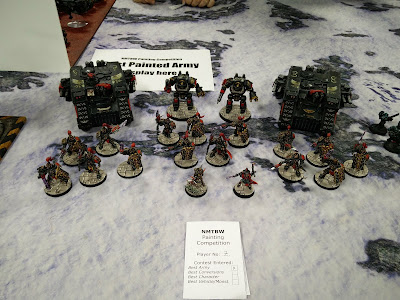 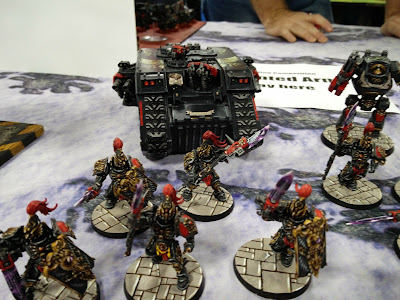 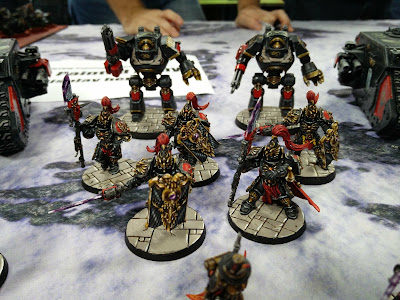 Apologies to Toby because I don't think my pictures really do that army justice. I'm sure there'll be better pictures around but I always end up rushing mine as I'm trying to get the round one results entered and find time to eat my lunch!

Best Conversions
Not a huge amount of interest in this category with just two entries. There was a runaway winner here with Graham Sander's Tyranids taking all but two of the votes which went to Greg Barber's Taurox: 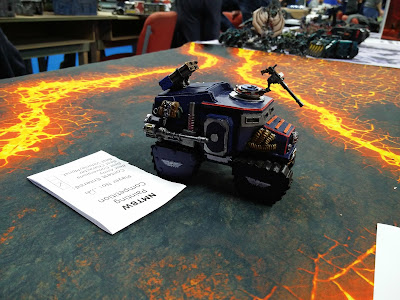 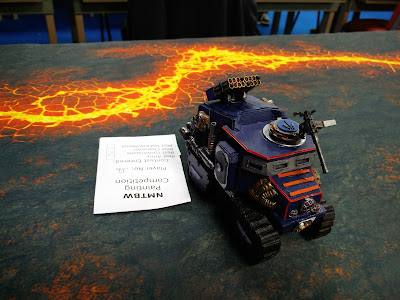 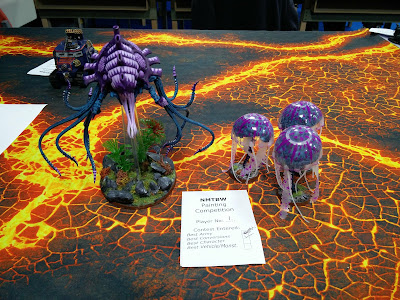 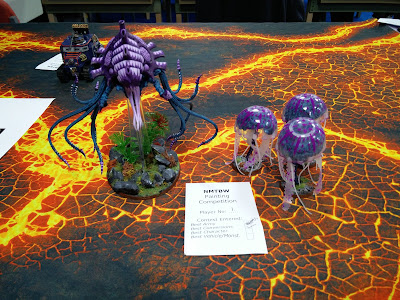 Come back on Wednesday for the single miniature entries.
Posted by From The Fang at 17:00:00