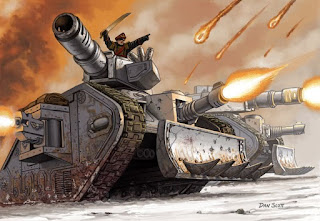 I just want to clear a few things up on the duplications rule:
Below is an example of an Astra Militarum list:

Infantry Platoon
2 infantry squads one with lascannon, one with autocannon
Platoon command

Veterans (demolitions) in Chimera with 3 melta

The only duplications are the infantry platoons. The Leman Russ are not duplicated as they are in different slots. The priests do not count as a duplication as they are selected as a single choice (0-3). Therefore 3 could be taken as a single choice if desired. I would combine the infantry squads into two 20 man squads with priests and a psyker in one to hopefully cast Prescience on my Executioners. Platoon Command with flamers will go into the Vendetta and the other will support the infantry squads.