In the final post in this trio of painting competition coverage, I'll be showing you the Best Conversions competition. As I've already mentioned, this was a new award for BW9 and one that I hoped would reward another aspect of the hobby that can be overlooked at times. I'd be interested to hear your thoughts on whether it should stay or not.

Best Conversions
This was an extremely close run thing and as I tallied up the votes it was really anyone's game from about 5 different entries. The eventual winner was Liam Ainscough's Tau. Liam won Best Painted Army at BW9 with a totally different Dark Eldar army so it's an impressive feat to feature in the painting competition with two separate forces. It's testament to the standard Liam achieves in his hobby. Liam's army features a custom built Skyshield, some stunning suits and a flyer (Forge World model used as a counts as Sunshark) mounted on a statue of an ethereal. I asked Liam about the statue and it turns out he sculpted the thing himself (although I spy some Riptide parts in there)!! Clearly a worthy winner! 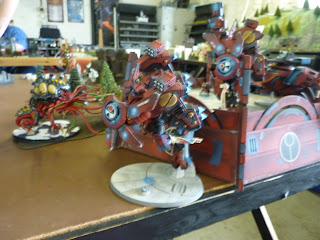 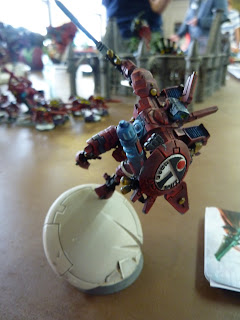 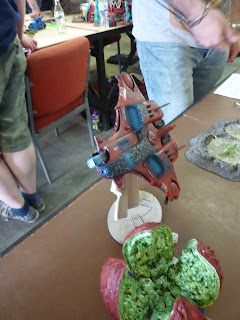 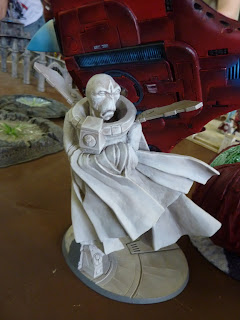 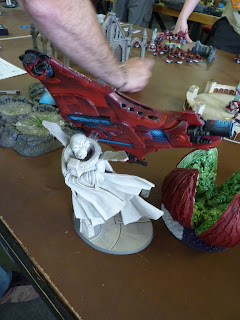 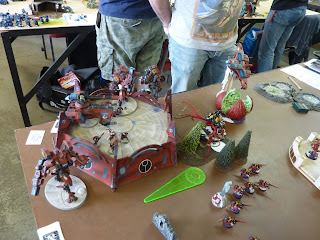 Runners Up
Two votes behind were Daniel Clarke's gold Grey Knights (although Nathaniel Gibbs sold them to him) and Ian Connolly's Orks featuring an Orky X-wing of all things! Close behind them were Nathaniel Gibb's Space Wolves and Graham Sanders squats (I didn't get many pictures but they were Best Army at BW4). 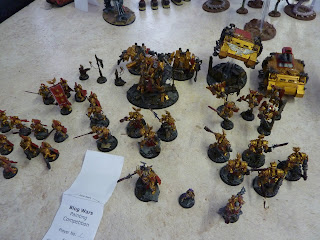 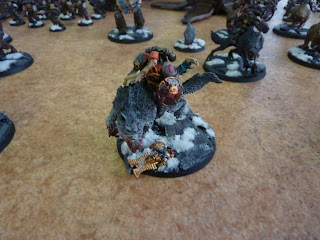 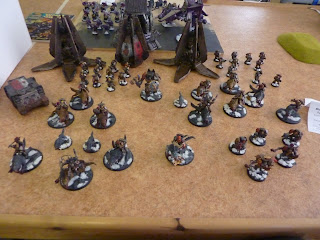 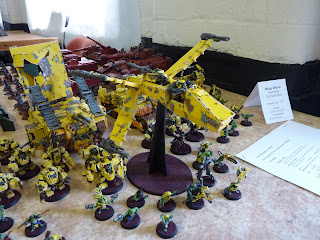 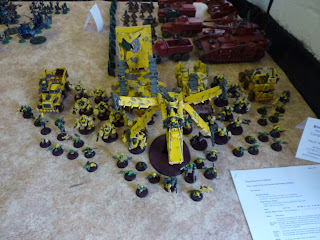 That wraps up the painting competition coverage. I'll be back on Saturday with a round up of the only game I played (plus an explanation of why there was only one!). I hope you've enjoyed these images and I can only apologise to anyone I've not managed to feature. This was partly due to being rushed over lunch and only realising I hadn't taken pictures just before I was about to start the next round!
Posted by From The Fang at 17:00:00