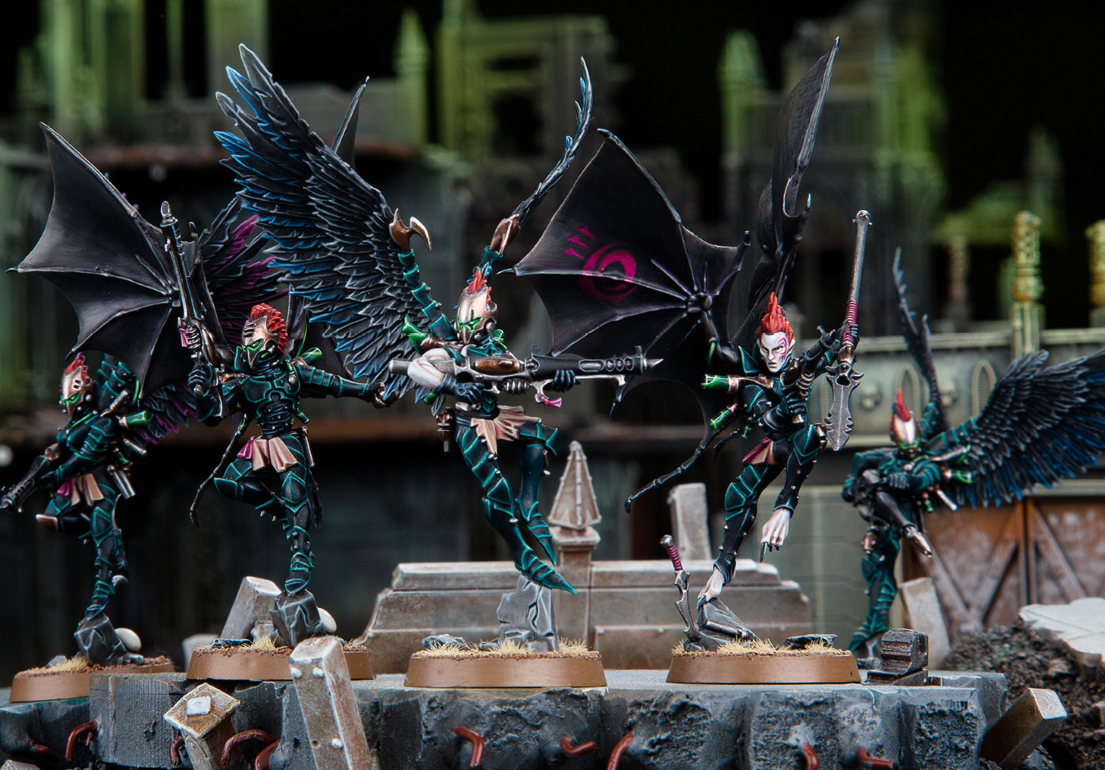 So, my post about using Dark Eldar and Harlequins together has inspired me to finally assemble the two squads of Scourges I purchased when they were first released. They were sat in the box for a long time because for the points I felt Reavers were a better choice. Whilst I still think Reavers are great, Scourges now have the option of running four heavy weapons in a single squad. You can debate the pros and cons of different weapons but for me the standout choice is the haywire blaster. It means a squad can almost guarantee at least three glancing hits on a vehicle. It's difficult to work out the odds given it's a blast weapon but it's still a decent chance of hitting and then 5 in 6 chance of at least a hull point. Throw in the fact that they can also be used as reasonable anti-infantry fire and I think they're a clear winner over the other options which are either pricier or not as flexible.

Anyway, the point of this post is that I simply don't have enough of them. Each box gives you just a single haywire blaster. Not a problem, I thought, I'll just use the haywire blasters from the two Talos/Cronos kits I have and splice the barrels onto the heat lance body. That's fine apart from the fact that you get just a single heat lance per box too. With the barrels from the Talos that's a total of four complete haywire blasters leaving me four short. I've then got two further barrels from the second Talos kit (I put heat lances on mine) but no more gun stocks to mount them on. The splinter cannon and dark lance stocks aren't really suitable. You could attach them easily enough but they wouldn't look right. I'm then still short of two more complete haywire blasters to make the 8 I need for my two squads.

I know some people simply attack the spikes from the Kabalite Warriors kit to the heat lance but that doesn't solve the problem of not having enough of them in the first place. Of course the alternative is to completely create my own version of a haywire blaster from scratch and have all of them carry the same but I'd prefer to use the proper thing or as close as I can get to it.

So here's my appeal. If there are any Dark Eldar players out there who have one or more of the following please get in touch with me: 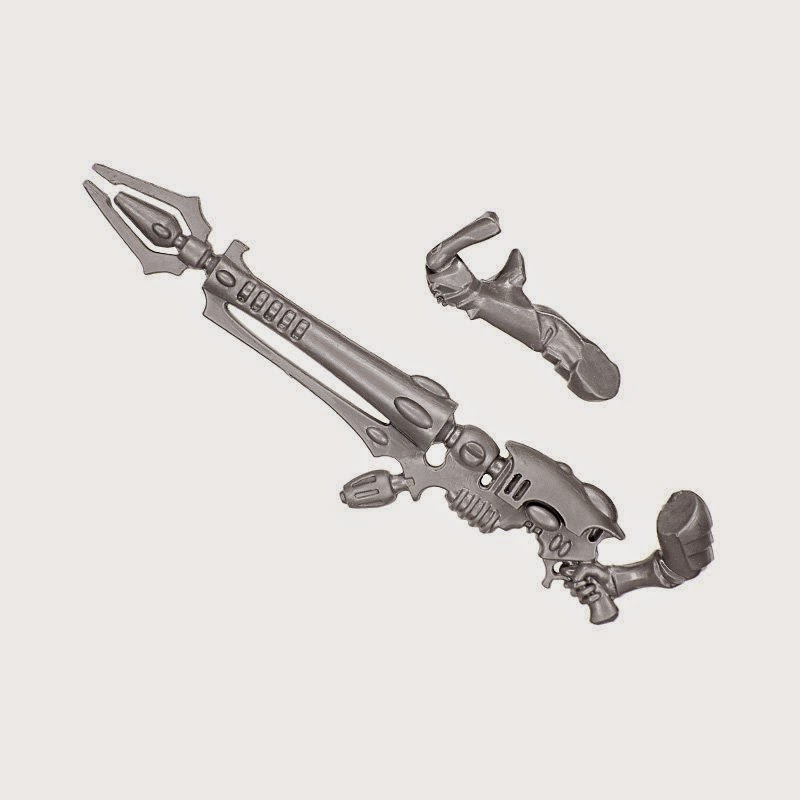 I'm more than happy to pay you for these bits or I'll gladly swap you for other bits you need for your army, be it from Dark Eldar or one of my other armies (Tau, DA, Orks, Wolves). I've got extensive supplies of bits (that I really must sort through one day). Incidentally, I've looked on various bitz sites and eBay. I can see a Talos weapons sprue on there to give me the barrels but I'm loathe to buy this if I can't get the stocks for them. Otherwise everywhere is out of stock of Scourge guns.

If anyone has any alternative suggestions for how I could make the conversions, or where I might be able to get the bits from, I'm all ears! I'll post about how to convert using the heat lance stocks and haywire barrels once I know I've got enough for both squads.

Any help is appreciated to save me buying two more Scourge kits and putting them up on eBay minus the guns. I could probably make a profit by splitting them up but I'd rather avoid this if possible.
Posted by From The Fang at 17:00:00